Since 1976, Eye Associates of New Mexico (EANM) has been providing leading eye care to patients throughout the Southwest as one of the region’s largest ophthalmology medical practice groups. With 50 doctors practicing in 15 locations, two ambulatory surgery centers and 12 optical shops, EANM offers a full range of ophthalmology services across the state. 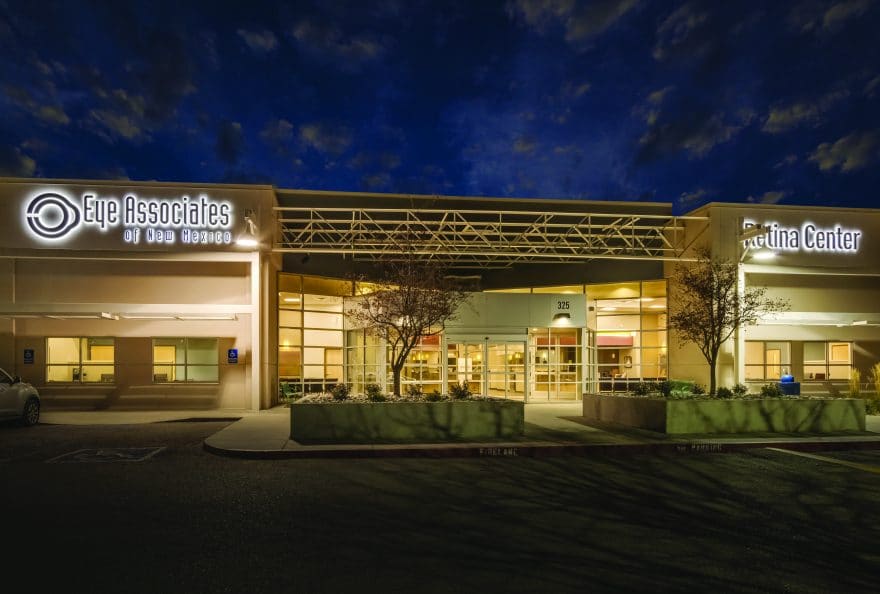 Like many health care organizations, EANM is a particularly data-driven entity. As CIO, Werner has put more focus on leveraging this wealth of data in an effort to promote better health outcomes and improve service across the entire organization.

“Data is the lifeblood of the organization, and now that we have over 11 years of data in the system, we’re looking at how we can interpret that data better and share information with payers and other partners we have in the areas we serve,” says Werner. “As a physician-owned practice, we are independent, but we work with most of the major players who have a presence in the state.”

Data is the lifeblood of the organization.

While rising health care costs are a perennial concern for patients and providers, Werner says data could hold some valuable clues as to why the cost of care rises. “We are beginning to look at our data more interpretatively, particularly since the health care market is rapidly moving to a value-based care model,” he says.

A first for EANM

EANM is not Werner’s first foray into the health care market. Shortly after graduating from University of New Mexico’s Anderson School of Management in 1989, Werner took a position with Lovelace Health System, a large integrated healthcare organization with an inpatient and outpatient delivery system, health plan and physician group.  The organization had more than 3,600 employees at the time.

Werner began there as a computer operator and then progressively served as a clinical application analyst, project manager and technology services manager, before eventually ascending to the top technology role as Lovelace’s director of technology services. “I was responsible for the data center, state-wide network and all of the end user devices and peripherals,” he says.

Werner earned his MBA from The University of New Mexico in 1992 and came to work at EANM in late 1999. Upon joining the organization, Werner arrived at an interesting time in its technology evolution. “CIO was a new position at the time that was created by the recently appointed CEO who had a lengthy hospital background, and from the start, it was a leadership role with a variety of key responsibilities” he says.

The timing gave Werner the opportunity to shape the new position from the ground-up, leveraging the lessons learned in his decade with Lovelace to help EANM delve into technology. “The move provided a change and advancement as far as the environment and opportunities presented, but it also posed a major challenge as far as the overall technology needs of the organization” he says.

The CIO set to work on updating EANM’s IT infrastructure, a seemingly endless task that is still on-going today. “We’ve probably changed the environment three or four times since then to meet our evolving business and strategic requirements,” Werner says.

Moving from a position with one of the state’s largest employers to the CIO role at EANM required an adjustment on Werner’s part. “Lovelace was a mature organization from an IT perspective, and I went from having a large and skilled staff to a much smaller staff that didn’t have extensive IT backgrounds, so it took some time to help them grow into those positions or bring in people who had the appropriate skillsets,” he says.

Werner also replaced the organization’s legacy practice management system, implemented corporate email for the first time and helped extend and shore up the network for speed and reliability.

After 17 years with the organization, Werner has seen his responsibilities grow to include strategic and tactical planning as well as regulatory compliance. “We are a large enough organization to have formally defined roles, but small enough to wear many hats,” he says.

In 2004, EANM became a leader within the state as one of the first health care organizations to adopt an electronic health records system.

“First and foremost, we thought it would enhance patient care and efficiency by eliminating lost charts and offsetting the recurring cost to maintain hundreds of thousands of paper charts,” says Werner. “It was a big milestone for us because we did it before a lot of others were doing it, including those entities who were eventually compelled to do so by the government.”

The process required extensive training as Werner and the IT team instructed staff across the entire practice on the new electronic records system and how to use it properly.

“At each clinic, we had to initiate a process to remove the charts from the premises, scan and index the records and then customize system templates to make sure they adequately supported our sub-specialty practice workflows. It was a couple of years’ process, but it was a big accomplishment to have the implementation be successful and not have the organization lose a beat,” says Werner.

In recent years, EANM has implemented its patient portal site, a crucial upgrade that allows the health care organization to better communicate with its sizable customer base. “We have over 118,000 patients currently enrolled in portal and this allows us to provide them with visit summaries and educational materials, while enabling them to communicate with their care team, request appointments and pay their bills. It’s a very modern way to communicate and engage with our patients,” he says.

Given the wide range of patients served by the organization, Werner has placed an emphasis on making sure that the system is as intuitive as possible. “We are a specialty practice, so we provide eye care services to infants, children and adults, including those who may not be as comfortable with technology, so we strive to be understanding of that,” he says.

As EANM continues to grow, the organization is facing a number of challenges, including declining reimbursement and the need to transition from fee for service to value based care. “It’s a big state, and our Medicaid population is growing while state revenues have declined. We are very dependent upon oil and gas revenue as a state, which has really become a challenge over the past few years,” he says.

Werner has also been working to address some of the problems specific to a specialty practice such as EANM. Like all health care organizations, EANM must comply with meaningful use guidelines that require it to use electronic health record systems to improve quality, safety and efficiency, reduce health disparities, engage patients and their families and improve care coordination while maintaining privacy and security.

“A lot of those programs are inherently designed for family practice or primary care, so for a specialty practice to be able to meet certain program mandates, percentage thresholds, and communication requirements in the same manner as a primary care practice is a challenge,” he says. “It means we have to work even harder to comply with the programs rather than the programs being designed for us from the start.”

“The New Mexico Technology Council is doing a great service for the state in trying to pull people and resources together to share information and broaden the collective understanding of technology throughout the state.”

Using the electronic health record system, EANM can code and document every step in the process, thus improving efficiency and increasing the quality of care. “It costs money to maintain our systems environment and to hire and retain staff capable of supporting it, but our doctors have been very supportive from the start and recognize the efficiencies that have enabled the practice to pursue our growth strategies,” he says.

Werner has also had to contend with increased security concerns around the use of cloud-based systems as criminals increasingly look to target organizations rich in sensitive personal health information. “We’re bombarded every day with articles about ransomware, hacking and phishing attacks, so it’s a challenge to fully embrace new cloud based services, while remaining vigilant with our hosted and networked systems,” he says.

“We just have to make sure that whoever we’re partnering with is well aware of the need for security in the health care environment. We recently completed our annual HIPAA risk assessment and network penetration testing, and while we’re certainly making year over year incremental progress, we are never going to reach a point where our work will be finished,” says Werner.

As EANM collects more data, storage performance has also become a greater concern for Werner and the IT team. The organization recently upgraded to solid state flash drives, which store information without the use of physical drives, a process that is both quicker and more energy efficient.

“I think where we are right now, with the new flash storage, network switches and the server environment, we’re in a good position to ensure everything we support is readily available with some redundancies and built in recovery points” he says. “That in itself creates opportunities to do more cloud based work with both backups and disaster recovery, assuming security is adequate, because we’ve recognized that’s where the industry is already going.”

As a member of the New Mexico Technology Council, Werner says the group is a valuable tool for local businesses, organizations and technology professionals who are looking to collaboratively improve the future of the state’s technology industry and related entities.

“The New Mexico Technology Council is doing a great service for the state in trying to pull people and resources together to share information and broaden the collective understanding of technology throughout the state,” he says.

A frequent attendee of the council’s health care, security and IT-related events, Werner says several other EANM team members have joined or are considering joining the organization. “We’re trying to become more active members of the organization, while keeping on top of our work responsibilities,” he says.

As an experienced technology professional with a commitment to keeping his organization ahead of the curve when it comes to emerging health care industry technology, chief information officer Lee Werner will continue to serve Eye Associates of New Mexico in its mission to serve the residents of the communities it serves with the highest quality comprehensive eye care in the market.