It’s been more than two years since Ling Huang launched a business helping companies digitize documents and files while also providing employment for people on the autism spectrum—including his son. Though growth of the business that’s part of Technology North has been slowed by the COVID-19 pandemic, Huang says the results make the conclusion clear.

“If you’ve met one person with ASD, you’ve likely met one worker with ASD,” Huang says.

Since launching what he calls the “A-Team” of four employees (including his 21-year-old son, Brian), Technology North has also joined in Autism CanTech! a public-private job training partnership to help more than 400 people on the autism spectrum find work.

“Helping people does not need to be a charity, it can also be a business,” he says. “People with high functioning ASD can thrive doing many of the same types of routine business tasks neurotypical people do every day.”

Huang founded Technology North in Edmonton, Alberta, in 1998 to provide managed IT services for companies and organizations throughout the province. Two years later, in 2000, Brian was born. When he was 4, Brian was diagnosed with severe autism that included very limited verbal communication skills.

Autism spectrum disorder impacts the nervous system. Its characteristics include difficulty with communication and social interactions as well as obsessive interests and repetitive behaviors.

According to the U.S. Centers for Disease Control and Prevention, one in every 59 children born in the U.S. is diagnosed with autism. In Canada, the National Autism Spectrum Disorder Surveillance System reports one in 66 children are diagnosed with the disorder. While it can’t be cured, it can be addressed through behavioral, educational, and family therapies. 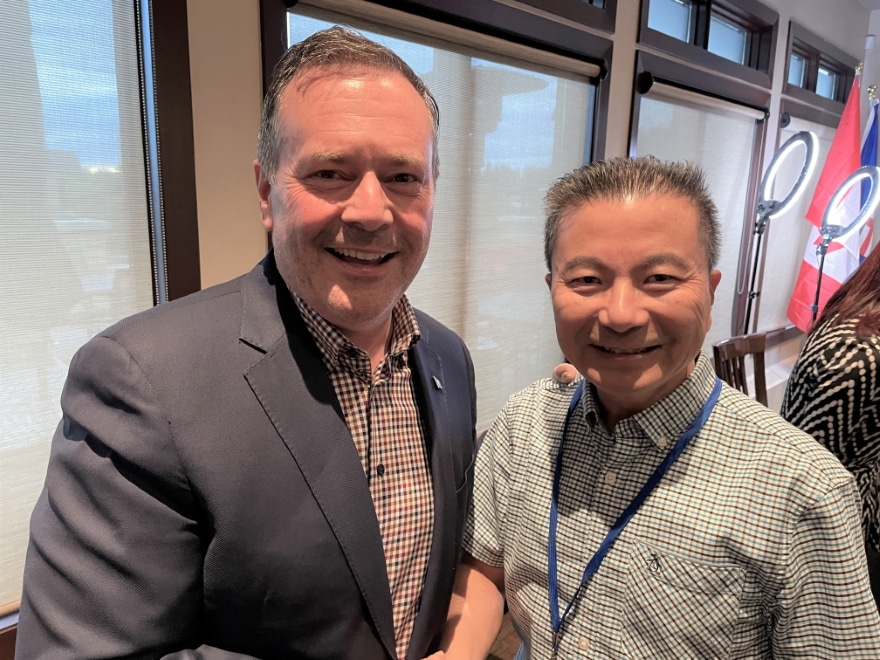 After the family worked with specialists and therapists to develop Brian’s communication and social skills, Huang wanted his son to be able to participate in the workplace. He also wanted to help other people with autism spectrum disorder.

“If I only wanted to create a job for my son, I could have done so,” Ling says. “But if I retire, that job is gone.”

Huang says as many as 85 percent of people with autism are unemployed or underemployed—and he’d like to change that. In particular, as Technology North’s customers began using artificial intelligence and machine learning, he knew they’d need to digitize reams, if not warehouses of documents. And he knew people like Brian could succeed with those tasks.

It’s been two years since Huang first spoke with Toggle about Technology North’s efforts and created the A-Team, named in recognition of the autism spectrum disorder and the team’s skills in digitizing documents. 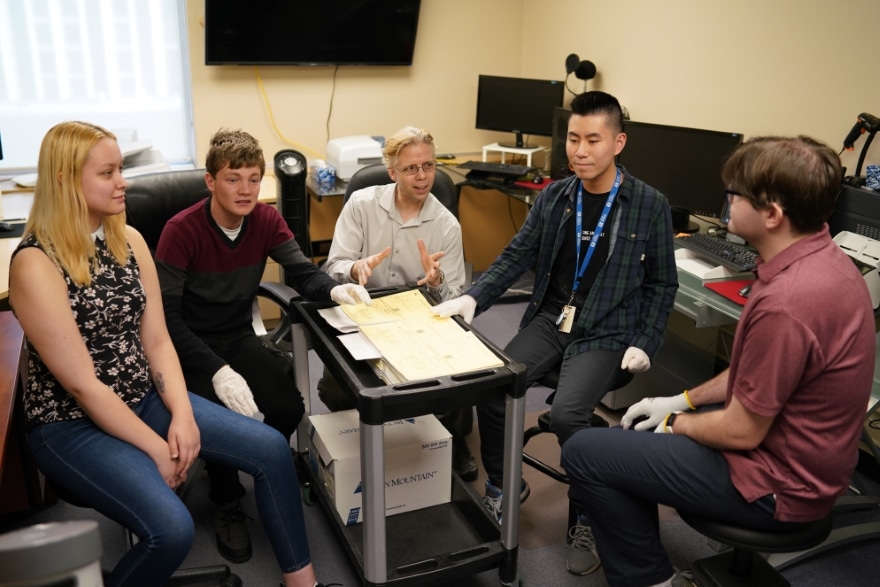 Job Coach with the A-Team

COVID-19 hampered those efforts because it led to closures of offices and document storage facilities. Still, the A-Team, using specialized scanners costing $15,000, has generated $250,000 in revenue in two years. Without the pandemic, Huang estimates it could have been $2 million.

“It’s hard to do remotely because people can’t access the files to be digitized. But the A-Team has validated the business model,” Huang says.

Part of the program

In 2021, Huang and Technology North partnered with NorQuest College in Edmonton to create Autism CanTech! The program is part of a three-year, $10 million, multi-province pilot project funded by Canada’s Economic and Social Development Canada Youth Employment Skills Strategy. Participants get four months of coursework and two months of work experience. They get one-on-one career coaching and access to a training, workflow, and logistics assistive management software platform developed by Huang.

Called RoboCoach, it took him five years to develop. RoboCoach, also available to employers, checks in with employees at the beginning of shift, asking three questions to capture a baseline of internal and environmental wellbeing and readiness to work. Then it provides tasks from a queue and monitors workflows for productivity and wellbeing. Signals from RoboCoach are available to an on-site job coach. 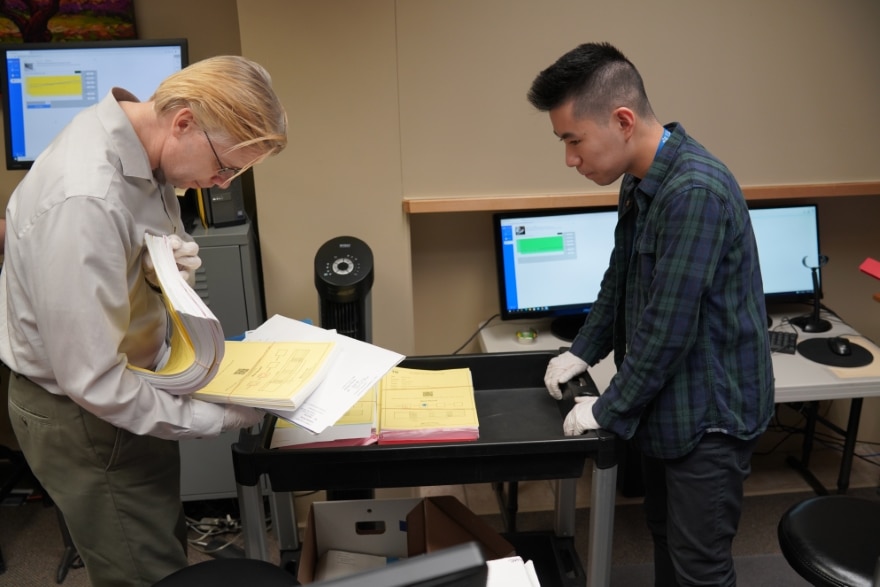 “After working with NorQuest College with this project, I’ve come to realize that RoboCoach encapsulates a set of comprehensive and holistic social and business principles on how to work with people who have disabilities,” Huang says.

He calls these principles “masBility,” and says they combine wellbeing, teamwork, and productivity so employees and managers can develop a skilled team. RoboCoach combines lessons from Technology North’s ActiveCare case management platform that links therapists to help manage cases and report on progress. Planning, budgeting, scheduling, reporting, and charting are all part of the TNAC system, Huang says.

Huang continues to work with provincial business and government leaders to expand TN’s digitizing services. He says there’s been interest from utilities and government agencies despite the difficulties of working remotely. While recently chatting with Brian, Huang says his son said he wants to be viewed by his colleagues as being different, not disabled. 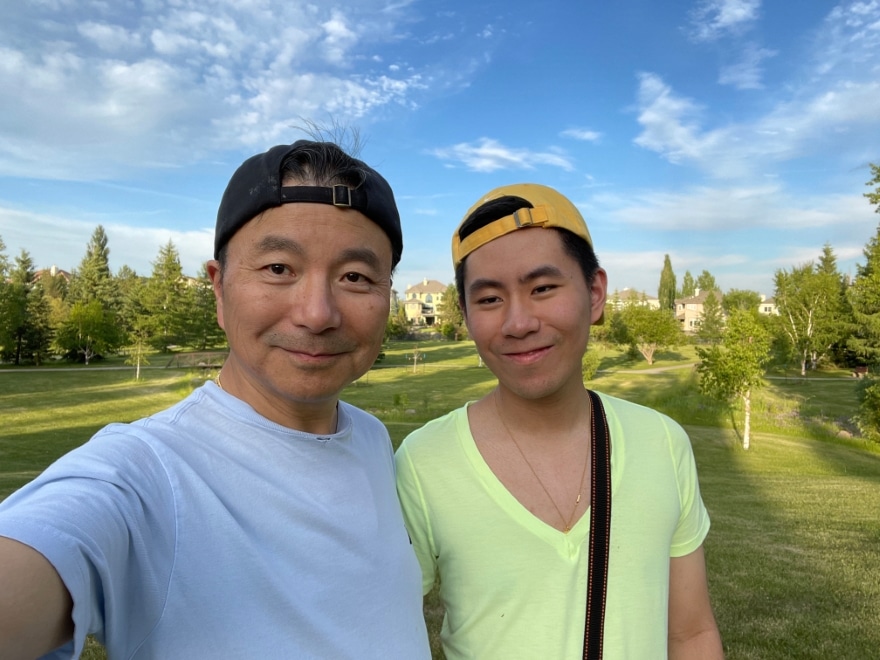 Ling and Brian walk in the neighbourhood

“The challenge is managing confidence, as well as ongoing motivation and engagement,” Huang says. “This may be because they’ve been officially diagnosed, and that society is somehow telling them they’re no good and need special treatment. Protecting workers with autism spectrum disorder from taking risks and making mistakes may result in the opposite effect of what’s intended—employment independence.”

If it takes scanning documents one page at a time to prove the point, Huang is ready to do so.

“I want to change how people with autism are treated in the workplace and beyond,” Huang says. “It’s time to express new knowledge and vision to remove the stigma.”