It’s an outlook Ling Huang couldn’t change if he wanted to.

“I look at system issues on the whole,” Ling says. “Things can be easily solved by a holistic system engineering approach.”

Maybe not always so easily. After all, it’s been a decade since he first fully committed himself to helping people on the autism spectrum lead more independent quality lives. 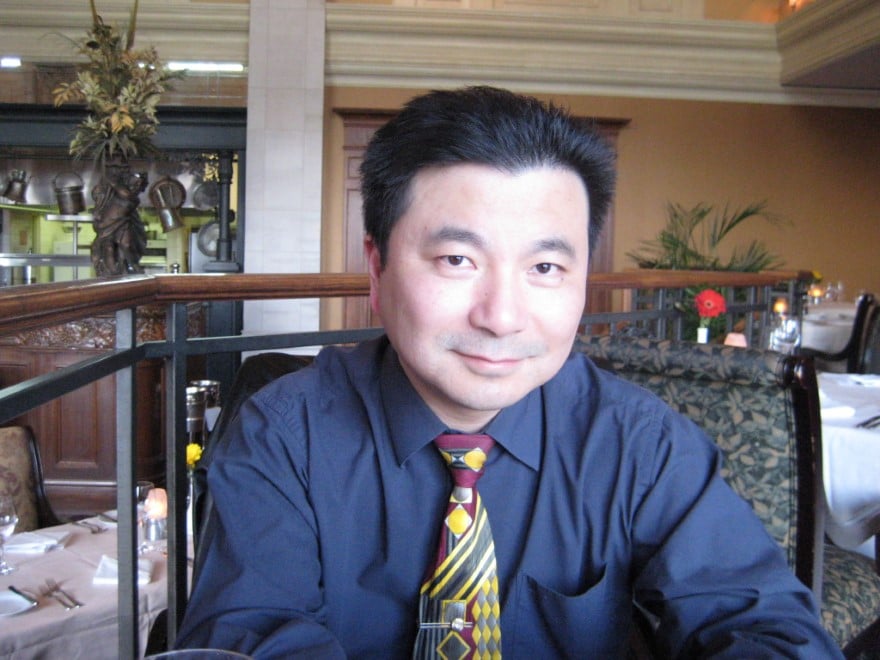 It’s a cause Ling takes personally. His son has autism, and though he knows there’s a place for him in the working world, it’s not always an easy sell.

“When I first began, my whole idea was to have people with autism to do IT work and software testing,” he says. “But we have to show the business community it’s possible by starting with a low-risk job like document digitization.”

Ling co-founded Technology North in Edmonton, Alberta, in 1998, two years before his son, Brian, was born. In 2004, Brian was diagnosed with severe autism that included very limited verbal communication skills.

Through years of therapies and hard work, Brian’s communication and social skills improved. Today, he’s considered high performing, and is part of Technology North’s newest initiatives demonstrating how people on the autism spectrum can be part of the workplace.

“If I only wanted to create a job for my son, I could have done it a year ago,” Ling says. “But if I retire, that job is gone.” 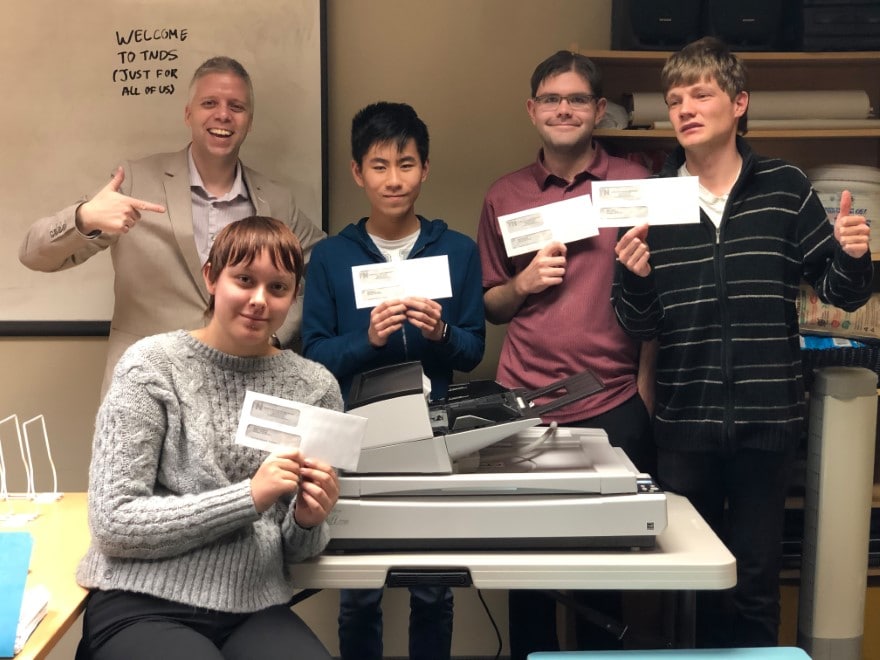 After hearing from others in the tech business about the difficulties of digitizing records and documents—the core materials used to create AI data—Ling created a six-member Technology North team in August 2019 to digitize caches of paper records.

Four members with high-functioning autism, ranging from 18 to 30 years old, scan the records. One person monitors quality assurance, while a sixth serves as the job coach. To prove it could be done, Ling took on the first accounts free of charge, picking up the caches that needed scanning and returning them when completed.

“We’ve had no complaints about lost or unscanned pages,” Ling says.

To expand the service, Ling invites government agencies, law firms and insurance companies in to see how the process works.

“This is not just charity work; this is for your own advantage,” Ling says. “This also shows how people with autism can fit into the workplace.”

Autism spectrum disorder impacts the nervous system with a variety of symptoms including difficulty with communication and social interactions as well as obsessive interests and repetitive behaviors. While it can’t be cured, it can be addressed through behavioral, educational and family therapies. 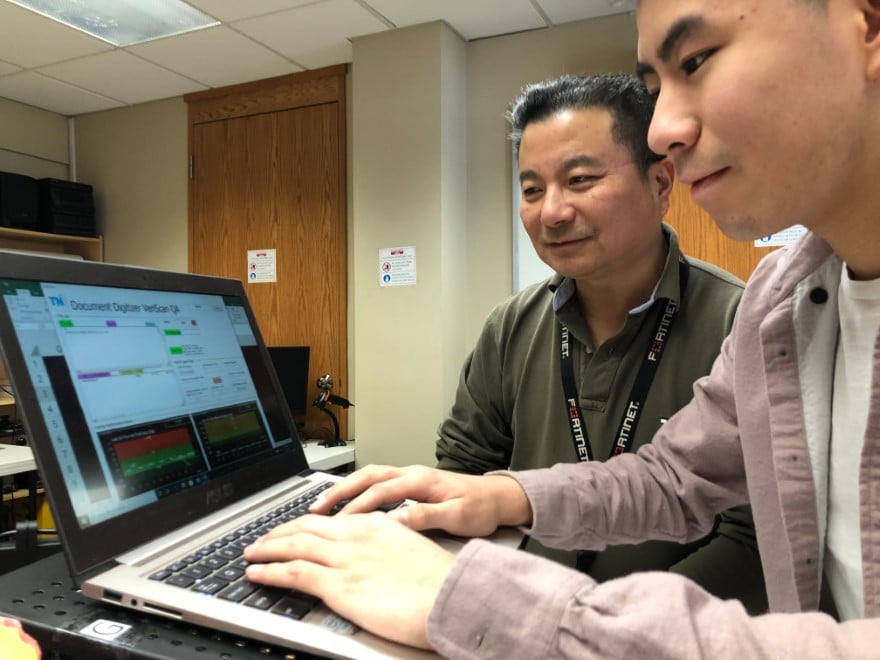 Ling and Brian work on the new digitization control screen

As Ling notes, job coaches are needed to help people with autism in the workplace. Unfortunately, they’re not always available—or affordable to many employers.

After four years of conducting an Ability Inclusion Framework study, Ling is now ready to test RoboCoach. Developed in early 2019, it’s an interactive tool that assesses how an employee is doing each day emotionally. It then assigns tasks from a queue and monitors workflows.

The RoboCoach premise is straightforward and simple, beginning with a login asking the employee about how they are feeling, whether there have been any changes from the last time they logged in, and whether they’re ready to work. From there, it’s on to the dashboard for assignments and the workday begins.

RoboCoach is drawing interest from tech companies and government agencies, Ling says, but where it can be deployed remains undetermined.

For Ling, RoboCoach and the digitizing services represent the latest steps in a 15-year journey to help improve coordination of services for people with autism—and get them working.

After Brian was diagnosed and his therapies began, Ling says he and his wife were sometimes frustrated by a lack of cohesion in the system that made it difficult to show a comprehensive picture or tangible results of how his son was progressing. 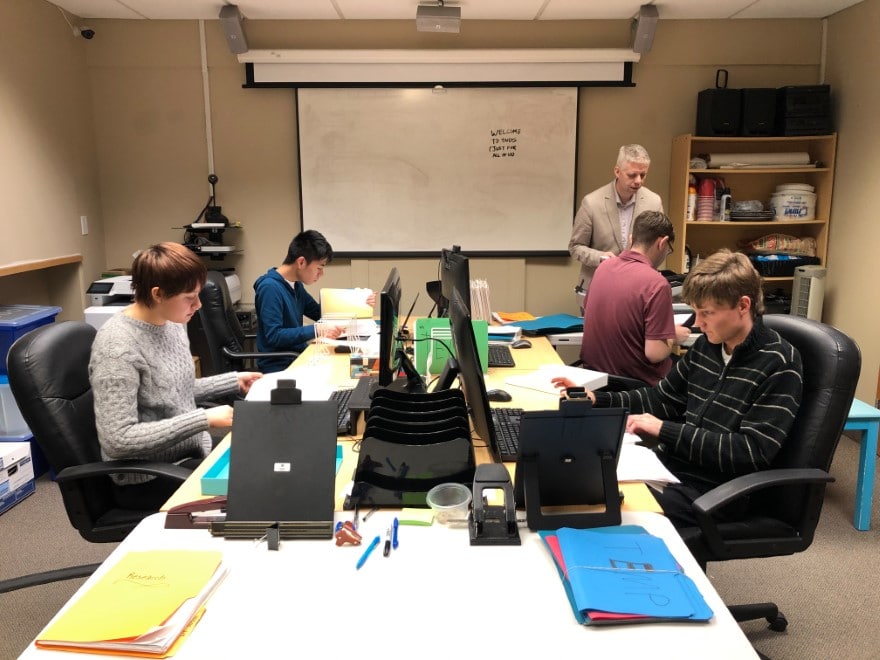 A team of specialists would meet each month with the family, and Ling recalls times when Brian would complete the month’s assigned training regimen in three days and be left with nothing else to work on.

So Ling did what he’s always done: focused on the bigger picture, leading him and Technology North to create software and a platform for an autism treatment management system now used by agencies and therapists. As the platform went into use around 2010, Ling was also considering how people with autism could help him maintain a steady workforce.

Today, Technology North manages IT for businesses, schools and agencies, employing a combination of junior, intermediate and senior staffers. Junior staffers are assigned mundane work such as monitoring and scheduling, and frequently move on to better opportunities.

By 2014, Ling was seeing how Brian was progressing in his therapies and how tasks like scheduling and responding to emails and other nonverbal communication were a good fit.

“I realized this was routine work junior staffers were doing,” Ling explains. “Actually, they were doing the kinds of things Brian loved to do and could do over and over again.” 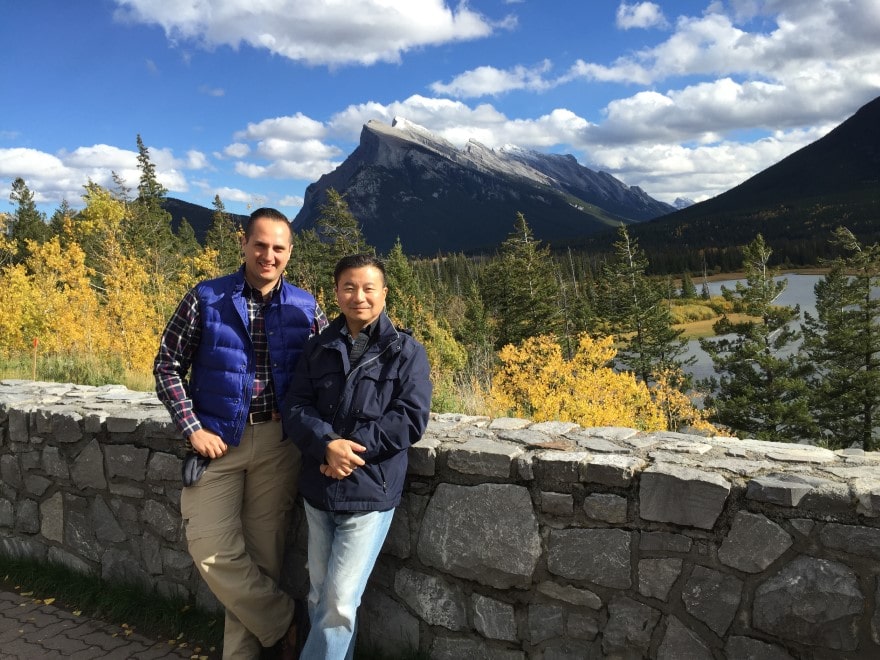 With at least 85 percent of people with autism unemployed or underemployed, putting them to work is a win-win situation Ling wants to capitalize on—not only for his company; but society writ large.

When Brian graduated from high school in 2018, Ling hired him as a junior IT staffer, assigning himself to be Brian’s job coach. Like members of the separate digitizing team, it’s his first job.

According to Ling, so long as employers understand the limitations people in the autism spectrum disorder may have in verbal communication and socialization, they’ll gain employees who fill vital roles—ones they love performing.

The societal benefits are clear, but he’s got a very personal stake, too.