In a world where technology has become so embedded in the culture and everyday lives of people, the idea of information technology as a separate entity from companies and organizations is a thing of the past. Today, the ability to reach across departments and work collaboratively is crucial to the success of all IT projects and implementations.

Lisa Roy, chief technology officer and associate vice president of Maine Maritime Academy (MMA) in Castine, Maine, is experiencing firsthand the industry demand not only for technology-savvy individuals, but professionals who understand business and customer-service aspects of the field. “Just understanding and being able to apply the technology isn’t enough anymore,” shares Roy. “People really have to possess the ability to articulate an idea, listen, collaborate and understand what it is that your end users and your customers need in order to be a technology executive.” 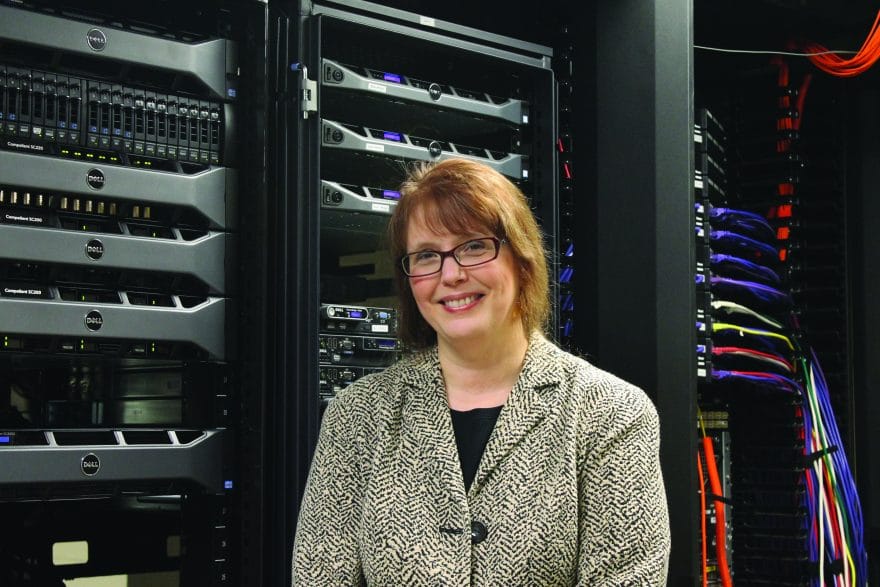 Supporting a student population of approximately 950 and a faculty of 200, Roy leads an IT team of 14 people. “We have a unique situation because two of the people on my team are completely dedicated to our bridge and ship simulation programs,” says Roy. “The rest of the team is involved in traditional IT aspects throughout the entire campus.”

Adapting to the industry

Roy has been in the IT field for 30 years. She started her career as a mainframe programmer for the City of Bangor, Maine. Throughout her career, Roy has reinvented herself as many people in the technology field often do. “I’ve gone from the mainframe environment to PCs to distributed programming to the cloud and everything else,” says Roy. “With everything changing every couple of years, you just have to keep adapting to new technologies.”

As an employee of Maine Public Broadcasting Network for 14 years, Roy was integral in the conversion to digital television as well as merging traditional broadcast and IT technologies. “We were one of the first stations in the country to merge the two,” recalls Roy. “We actually led the Public Broadcasting Service (PBS) field in helping other stations make that transition.”

Roy sat on the PBS IT steering committee for six years. “It was a really interesting time to be in that industry,” she adds.

Ready to move on and try something new in her field, Roy found an open position at MMA 10 years ago and was presented with an opportunity to try her hand in higher education. “I had been an adjunct professor of networking technologies at the University of Maine at Augusta,” says Roy. “Joining MMA was really my first time being a chief technology officer in an educational facility.”

Roy is currently working with Jared Randall, systems support specialist for MMA, on a project that involves converting admissions and recruiting information to the cloud via a program called Slate. The institution also recently integrated Common App into its application process. Both projects are in the process of being integrated back into the student information system present on the school’s campus.

In 2015, MMA utilized Kurogo to create its own mobile application, which was listed in the 10 Best University Apps of 2015 by Modo Labs. This list included prestigious schools such as Colgate University, Georgetown University and University of Notre Dame. “We were really proud of this in the IT department,” says Roy. “We are included on a list that features some major players. For a small school like us, that’s really great.”

The idea for developing the mobile application came from Bryan Wolf, the department’s emerging technologies coordinator (ETC). This was a position that was created from morphing the outdated title of webmaster with the responsibility of keeping the school up to date with current technological trends. “The ETC’s role is to keep an eye on what’s on the horizon and what the customer expectations are,” Roy explains.

The MMA mobile application is used for many aspects of communication for faculty and students. “It’s great for things like letting people know if an event has been canceled or moved,” says Roy. “It does so many things and the students really like it.” Other recognition that MMA has received includes Money Magazine ranking the school as the No. 1 best public college in the country in 2014 and 2015.

One of the biggest metrics that Roy uses in measuring the success of her department is having the students take the technology implemented in the institution for granted. “If we’re doing our job right, the students won’t have any idea of the complexity behind the scenes,” shares Roy. “This day and age, it’s all about the end-user and customer experience.”

In her position at MMA, Roy has found that the most rewarding aspect of her job is witnessing the success of the students. “Just seeing them go out and achieve in the world and knowing that I might have had a small part in that process is my favorite part of my job,” she says. While continuing her career at Maine Maritime Academy, Lisa Roy will carry on implementing new systems, strategies and technological solutions.