Getting Prince George’s County Public Schools fully into the digital age has been a long process, but one that picked up speed as the 20th largest public school district in the U.S. found its schools closed because of the coronavirus pandemic. 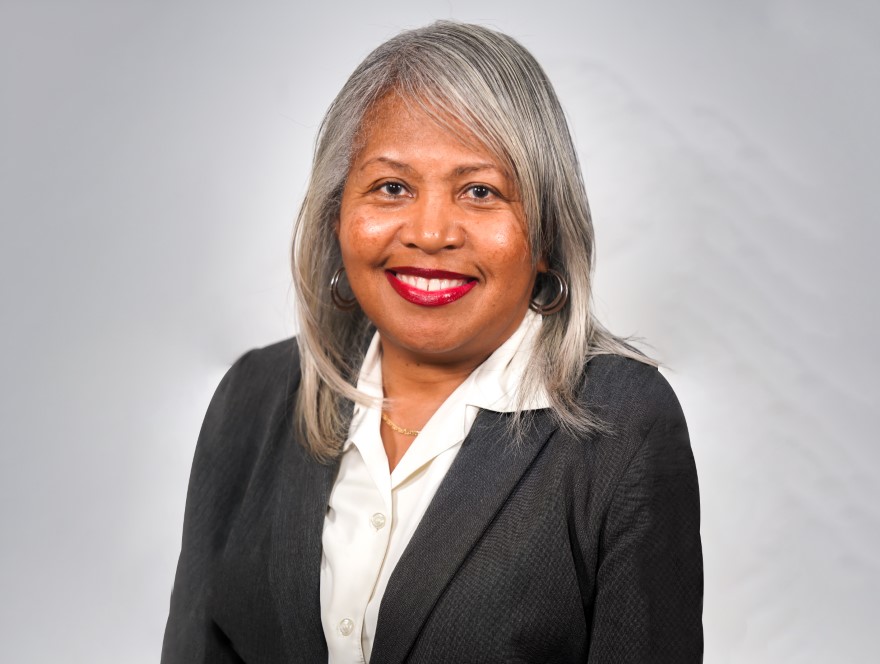 As Lisa Spencer tells it, she’s helped integrate the school system’s tech for more than 20 years, but when COVID-19 struck, she and her team had to ensure e-learning became commonplace. But the work’s far from done, and as spring turned to summer, school was not out for Spencer, the director of instructional technology and support.

“The pandemic has placed us where we wanted to go for quite some time, even though we were not expecting to get there so quickly,” Spencer says. “We would have liked more time to work with teachers and the training, but when it becomes mandatory it’s a different kind of buy-in.”

With a population of more than 900,000 and at almost 500 square miles, Prince George’s County extends around the northeastern and southeastern boundaries of Washington, D.C. The county’s public school system has 206 schools; 136,500 students; and 12,000 teachers among its 22,000 employees.

Much of the county is highly populated in towns such as Bowie, College Park, Hyattsville and Laurel. But drive a bit farther south and east and it becomes rural and, Spencer notes, areas such as Brandywine still lack robust internet access. 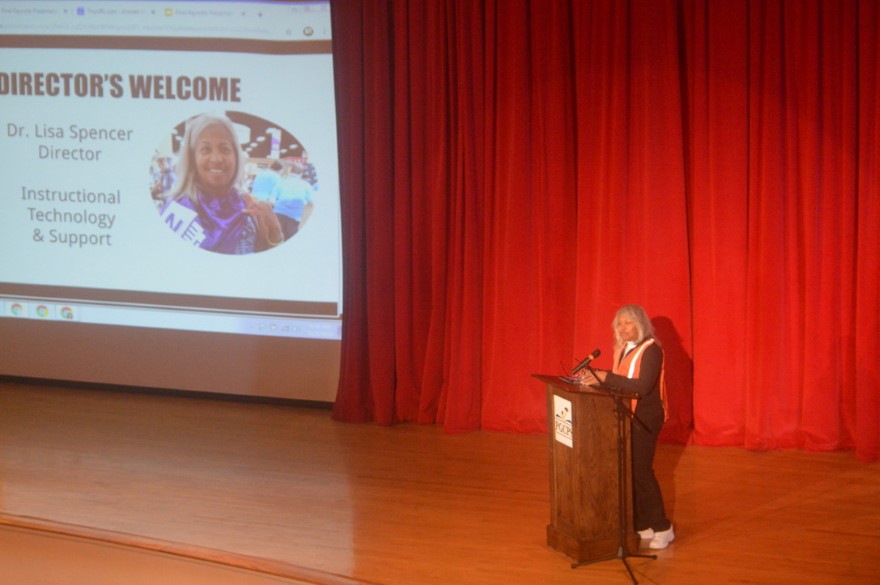 Prince George’s County Schools established a 1:1 program supplying devices to K-12 students in 2015, but the program has yet to cover all students. There are 30 schools supplying Chromebooks and two were allowing students to take them home before the COVID-19 pandemic, Spencer explains.

Chromebooks are used because they’re comparatively low cost while still easy to set up for online testing, and easily control the internet content students can access, she continues.

On March 12, Maryland Gov. Larry Hogan closed public schools for two weeks. One of those weeks coincided with spring break. Because administrators expected schools to reopen quickly, none of the Chromebooks kept for classroom use were distributed, Spencer says. However, the school system did begin surveying families on their tech needs.

As it turned out, the needs were vast, with as much as 30 percent of families responding they either lacked computers, internet access or both. Then, just as Hogan’s emergency order was set to expire, he extended it to mid-April and then again to early May. Finally, he ordered schools closed for the rest of the year. 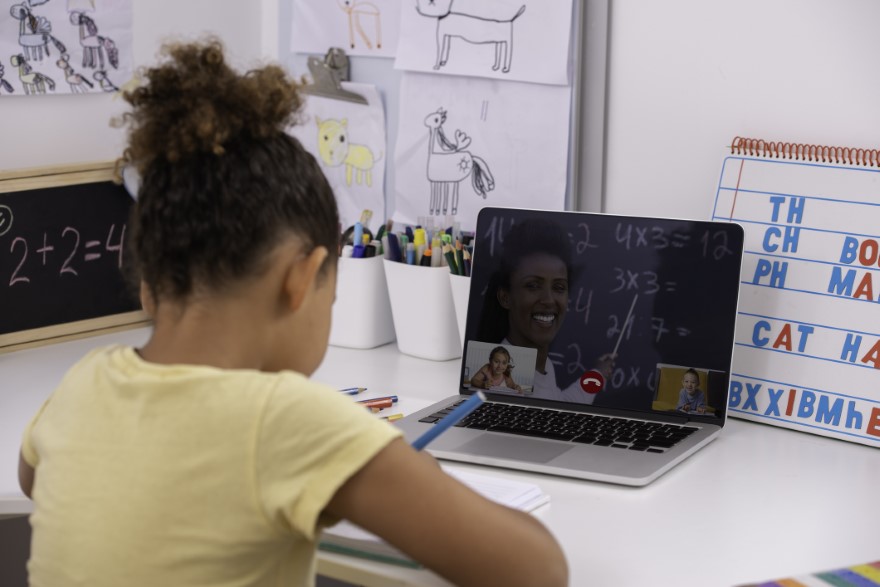 The first extension of the order meant it was time to send devices home, Spencer says—65,000 Chromebooks were made available for pick up by parents from April 1-3. While there were not enough devices to go around, the school system’s 18 tech trainers still spent days training and nights answering emails, Spencer notes.

Since the first distribution, Prince George’s County Schools have bought about 10,000 more Chromebooks, and it’s looking to purchase 15,000 more with grant money. Once they’re bought, Spencer says the school district will evaluate how it can fully implement e-learning while also using devices students and families already own. In addition, she notes, the school system is spending $2 million this year to provide internet and Wi-Fi to families that can’t afford them.

There are students who still rely on paper, though, and those lessons are distributed to them at the 41 sites where Prince George’s County Schools provide meals to students, Spencer explains.

How will Spencer and her staff spend their summer? “Train, train, train,” she says about first getting summer school sessions rolling, then welcoming new instructors and administrators to the district in August.

But there will also be time for a pet project—a new STEM mobile unit that will bring science, technology, engineering and math learning to schools throughout the county, she says. While it will first visit dedicated STEM schools, it will eventually be part of learning throughout the district. 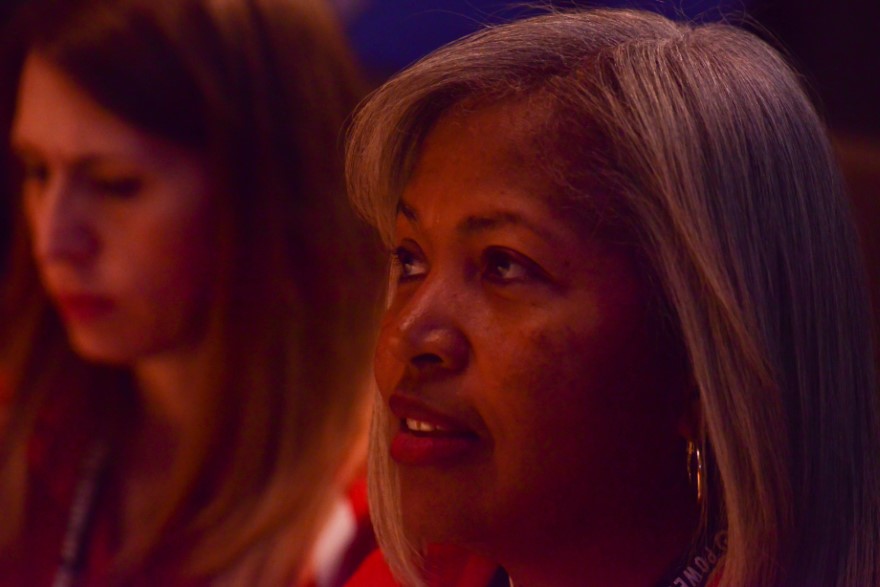 Following a student contest to decorate the outside of the bus (the winner received a Chromebook), staff was converting the flooring and adding lab countertops and wiring, Spencer says. With schools shut down, she would like to get the exterior graphics applied—showing the winning design—so the bus is ready to roll when the schools reopen.

Born in rural Carroll County, Maryland, Spencer has spent her career in education, but not all of it on the IT side. She earned her bachelor’s in education from Bowie State University, and then a master’s in special education and teaching from Howard University.

After more than a decade of teaching special education in Prince George’s County Schools, Spencer was looking for a change. She considered learning physical or occupational therapy but noted there were no available jobs in the district in those fields.

Meanwhile, the district was adding tech, and Spencer had gotten her first computer from a friend who built them. He taught her more about computers and she enrolled in a course to teach technology trainers. 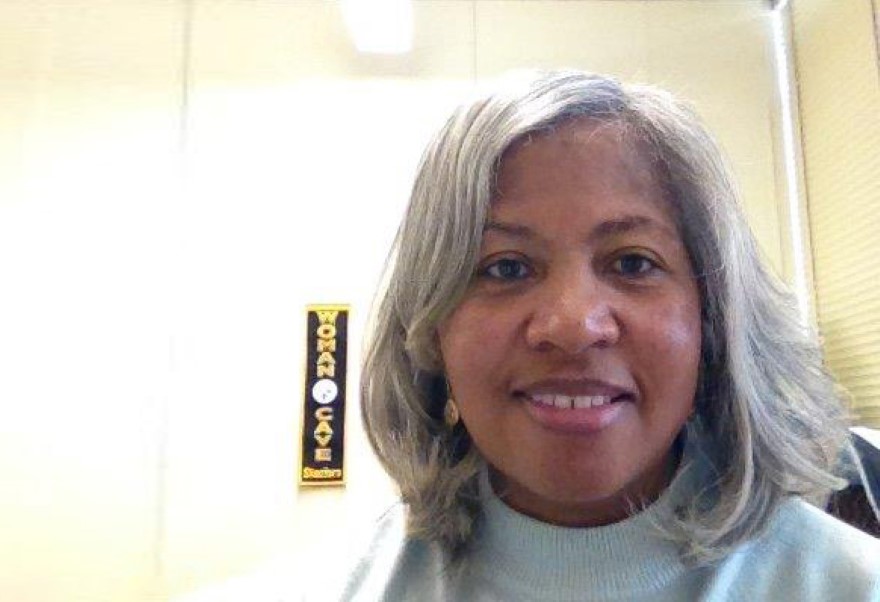 Leading a tech department was not what Spencer envisioned when she started her career in education, and she says she’s succeeding because of what she’s learned as a teacher.

“I think it’s the ability to adapt and be ready for anything and everything,” Spencer says. “Special education was an awesome way to prepare for this. You didn’t know how students would come in or might be feeling from minute to minute, so you needed to stay focused and in control.” 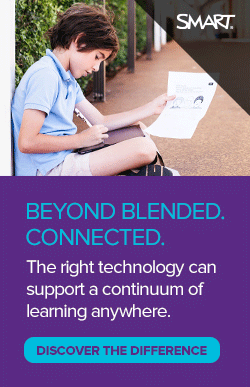