Looking to students, not gadgets, for IT innovation

“Right now, I’m in sneakers. I’m not behind a desk in a suit and tie,” says Richard Crim. “I mop up. If I see a mess, I’m not going to call buildings and grounds when I know they’re just as busy as I am.”

Similarly, he remembers overhearing a lost and panicked student asking another student for directions at the beginning of the semester. He heard the stress in the student’s voice, stopped what he was doing, brought the student a map and walked the student to her next class. 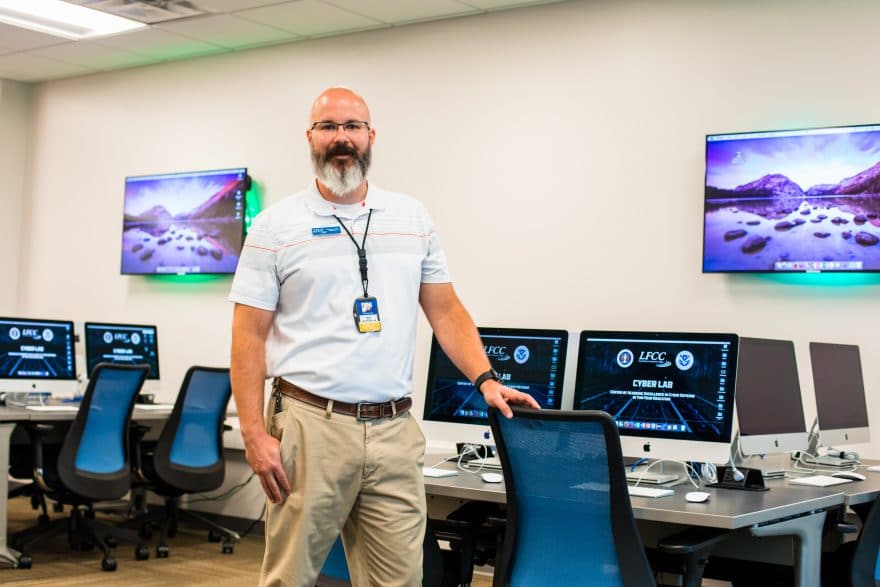 These are the types of stories that show commitment in any educator, but they’re especially surprising coming from a CIO, who at any institution of higher ed might be especially stretched thin. However, Crim says this is par for the course for staff and faculty at Lord Fairfax Community College (LFCC) in Middletown, Virginia, a school he first fell in love with while taking IT classes in 1998.

He returned to the school in 2007 as a tech service manager and has stayed on since, impressed by the camaraderie and all-hands-on-deck mentality community colleges engender. It’s not just Crim who lends a hand—members of his staff have tutored students, taken students on tours of the facility and even volunteered their time to help a nearby police academy troubleshoot tech problems.

Getting IT in on the ground floor

Crim’s student-first approach is one he first saw while working in software development. There, he learned to approach problems by starting with what the user needs and working backwards. He says a school is very similar: “Look at the student’s need and meet it.”

LFCC’s IT staff will even get involved in construction planning to make sure rooms are equipped with students’ best interests in mind. During a recent renovation of a 35 years-old building, the IT department was consulted to make sure the walls contained the right number of conduits and outlets, as well as the correct HVAC systems to handle the needs of labs and makerspaces.

Crim went a step further and put together a classroom redesign team made of faculty, staff and design specialists, who provided very detailed specs for future classrooms. Factors like the height of the whiteboard, the position of the teacher’s station, the placement of network ports and wheelchair access, are all taken into account by the team and given to architects as guidelines for universal access.

A similar user-first approach has informed how the college manages its services and wireless access, the latter in high demand.

Crim and his staff keep the school’s website and other web-based systems free of plugins like Flash or Java, so that they can be responsive to all types of devices, not just laptops or high-end brands. In fact he thinks it’s only a matter of time until major retailers like Walmart, offer tablets and computers at such affordable price points that everybody can afford one. Crim wants to make sure that students who use those devices will have the same access as students with pricier ones. 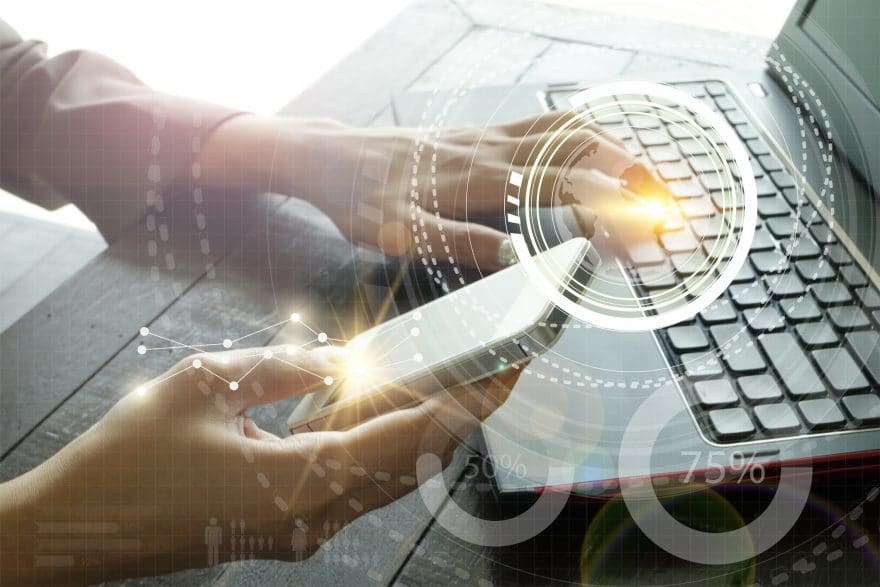 Because technology changes so quickly and drastically, his philosophy is to maintain a flexible network that is open and adaptable to those changes. LFCC adopted a Cisco wireless access point that has a built-in expansion slot for this very reason. In most cases, access points last a few years before needing to be entirely replaced. Crim picked a system that was slightly costlier upfront to save the school money in upgrades down the road.

He says wireless is a perfect example of technology’s mercurial nature. Twenty years ago, experts wouldn’t have predicted that nearly every individual would have a mobile device with wireless access. But now, when students come on campus, their automatic Apple updates alone take up significant bandwidth. Upgrading wireless is no longer a matter of speed and convenience; it’s needed for everyday functionality.

The importance of wireless will only grow as distance learning, hybrid and online teaching models allow teachers and students to connect from any location, reducing, over time the need for some traditional academic facilities. Another not so futuristic concern is the impact of wireless power and charging technology that will allow previously plugged-in devices to charge through a wireless network.

Crim takes a similarly bold approach to education-specific initiatives. He actually welcomes hackers and viruses into a designated network he created for students studying cybersecurity. The network has only the limited firewalls and protections of a home or small business network and is perfect for showing students how to handle cyber attacks on their own computers or for future employers.

His method of using real hackers and viruses seems extreme, but is rooted in practicality.

“Our preparedness is not just to defend against attacks, but what to do if an attack occurs. How do you handle that and what are the next steps?” he says.

What you do, not what you buy

For its forward-thinking methodologies, Lord Fairfax Community College has been ranked number one in using technology to improve education and engagement among schools of its size by the Center for Digital Education. After LFCC won for three consecutive years, the center changed the rules so that the previous year’s winner needed to wait a year before entering again. 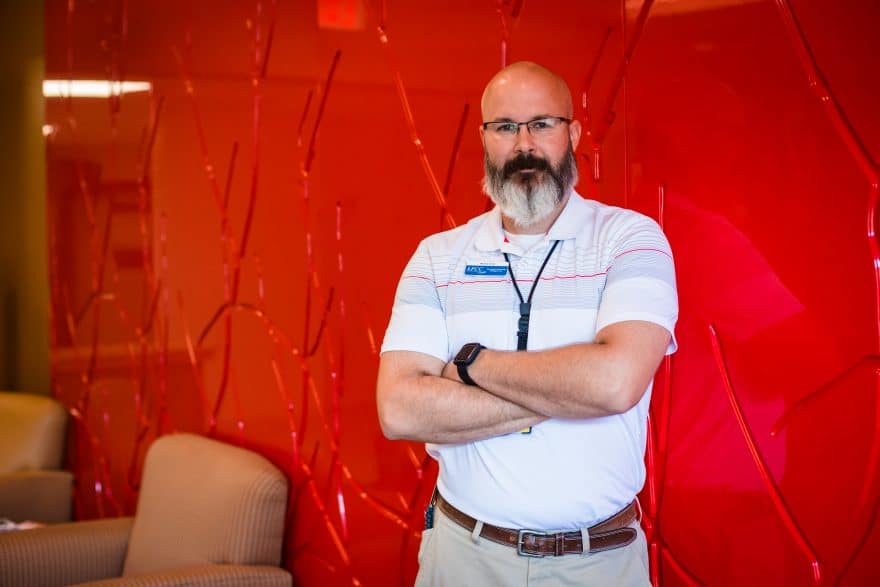 More impressive than the number of awards, is how they were won. Crim says many tech awards go to organizations that bought a new system or rolled out a new product. But LFCC isn’t winning because of its purchases; instead, it’s winning for a student-first approach and commitment to universal access.

Its most recent win was earned, in part, for collaborating with video communications company, Zoom, to tailor its software for online learning. LFCC then implemented the new product and process at a tenth of the cost of its old system 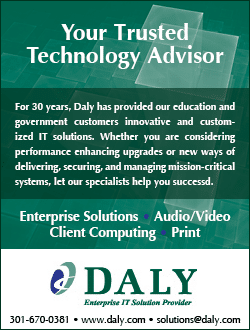 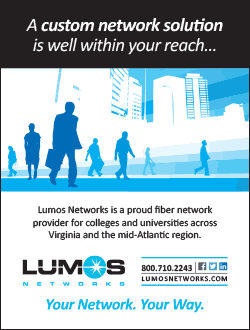 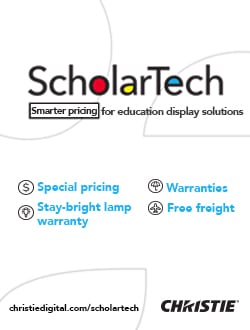