After years of hard work, you’re finally earning enough to purchase your dream car: a brand new Mercedes-Benz S-Class. And a hefty insurance policy to go with it.

But despite paying the premiums, you notice that the materials the insurance company is sending—policy updates, special offers for insuring a second car—aren’t exactly speaking to you. If anything, they feel impersonal, like they’re meant for another customer altogether.

It’s a problem that Luis Ramon Ramos has been working hard to address. One bit of data at a time. 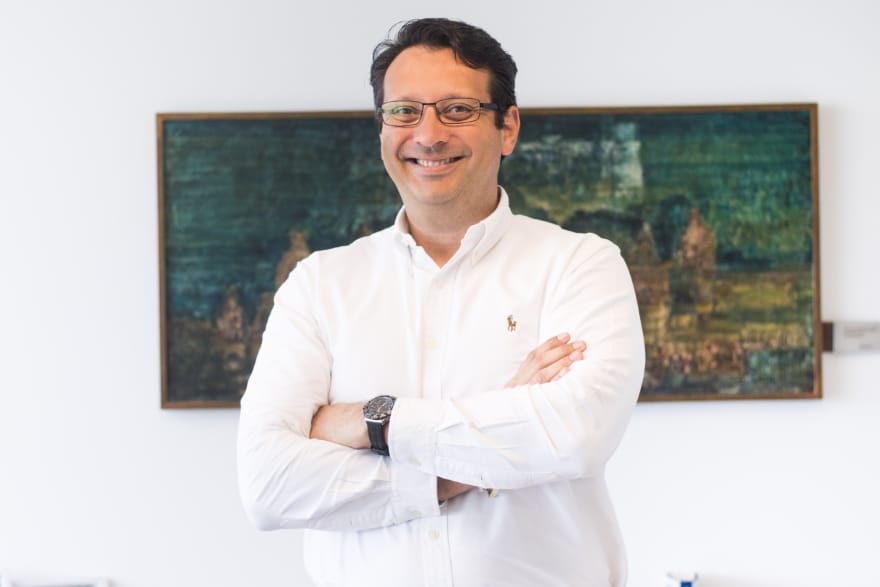 “We realized that we needed to have a different approach in terms of how we reach out to our customers,” says Ramos, chief information officer for the Latin American arm of Colombia-based insurance provider Suramericana. “Most insurance companies use plain content that’s the same no matter what kind of car you have. But if you have a high-end car, our communications should be high-end as well. That’s where Sura is going a bit further.”

Hired in 2016 to bolster Sura’s Latin American operations—where he oversees IT projects for nine different countries—Ramos, who is based in Miami, immediately set his sights on transforming how the company collects and uses data.

Customer communications are one piece of the puzzle. Using information culled from social media platforms, Google searches and other sources, Sura can now create content tailored to the individual customer: images and language that reflect policies within a specific price range, text messages to alert them to their car’s maintenance schedule and so on.

Perhaps more importantly, by creating collaboration within Sura—between marketing, business development and IT—Ramos and his team were able to lay the groundwork for other ambitious projects.

“Sura has more than 16 million customers, so anytime you can combine resources to address large numbers of policies, that’s a good thing,” Ramos says. “It’s helped us build a real team environment.”

Interacting with customers directly isn’t the only area being reviewed by Ramos and his team. They’re also collaborating with Sura’s business customers—mostly small- and medium-sized companies in Latin America—to gain more granular insight into individual policyholders.

Using state-of-the-art customer communications management software—which leverages things like demographic and payroll data—these customers are better able to communicate with their own customers (the end users) and give them more customized policy products.

“For years, the insurance industry has been built on models of risk-aversion,” Ramos explains. “That’s the past. The future is in capabilities, and how we give those capabilities to our customers—and how those customers communicate with their customers.”

Nowhere has that endeavor proved more promising than with Sura’s bourgeoning application program interface (API) platform, a tool that enables the company to communicate with clients globally—and on a number of IT fronts.

One facet of the API is known as Geo SURA. Introduced in Latin America in 2017, Geo SURA uses a region’s vulnerability to certain disasters—say, tropical storms in the Dominican Republic or earthquakes in Chile—to compile a more accurate risk profile for existing and potential customers. 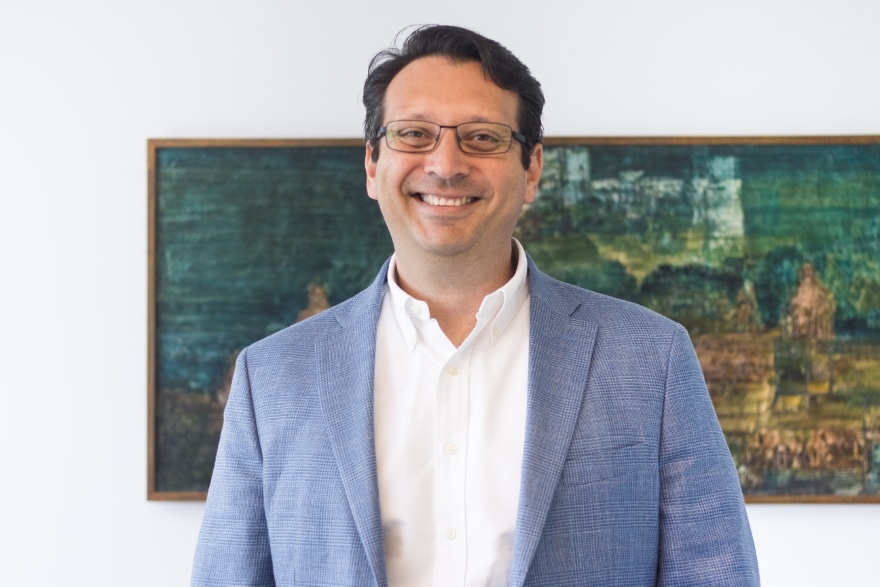 Should a disaster actually strike, Sura will know exactly how many customers will be affected. Right down to the individual policyholder. What’s more, if your business happens to operate in the disaster area—a ground shipping fleet, for example—Geo SURA will provide an alternate route or designated safe zone.

“If your truck ends up in a disaster area, that could potentially cost your company money and put people in danger,” Ramos says. “This is about making insurance more proactive. We don’t just want to help people save money; we want to keep them safe.”

The platform has been such a success, in fact, that Ramos and his team are now using blockchain technology to create similar API-powered capabilities for individual Sura policyholders.

Let’s say you’re flying from Buenos Aires to Mexico City for vacation. Driving in a new country entails certain risks, not the least of which is getting in an accident (and not being covered).

Sura aims to change that. By relaying real-time data to its customers’ cellphones—weather forecasts, road conditions, potential safety risks on streets and highways—the company hopes to reduce accidents to a level that will make providing full coverage in foreign countries feasible.

Driving hazards aren’t the only pitfalls customers will be alerted to. Whether it’s political unrest in a big city or malaria outbreaks in a country’s remote regions, Sura’s new app will ensure that all risk alerts are delivered.

“Most insurance apps are great if you need to display your insurance card on the screen or learn about the history of the company, but they don’t give you much else,” Ramos says. “We’re trying to create an app that actually gives people useful information.”

Ramos and his team are also looking to leverage the Internet of Things (IoT) to collect even more actionable data.

One idea is to use information mined from smart watches and other wearable devices—how many steps clients have taken in a day, their resting and active heartrate, and so on—to offer rewards, discounts and other incentives through individual policies.

Ramos even has plans for a tool that has long confounded those in the insurance industry: social media. Instead of spending evermore money on sponsored content for platforms like Facebook and YouTube, Ramos wants to mobilize customer data in a more creative way: using big life events to generate specific policy ads (say, life insurance for new parents or responding to search engine inquiries with special offers).

“What this is all about is engaging customers in a way that goes well beyond traditional methods and traditional markets,” Ramos says. “People see insurance as a necessity. But we think it can be something more—and something better.”