The solar system is threatened by cryptic Pyramid Ships poised above the horizon of Jupiter’s icy moon, Europa. To fight them, intrepid gamers draw from a mysterious new source of power: the Darkness. But will they be able to harness this power without bringing on their own doom? 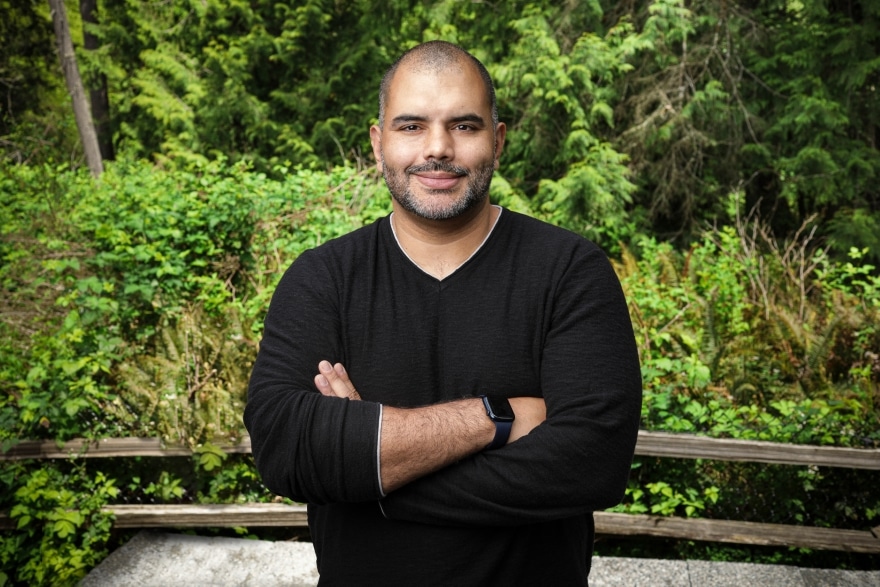 Such are the dangers in the sci-fi landscape of Destiny 2’s fourth expansion, Beyond Light. The newest offering in Bungie’s ongoing video game franchise is not just a culmination of epic fantasy and adventure. As Chief Technology Officer Luis Villegas says, it’s a production merging artistic vision with state-of-the-art technology—and team building.

“Making games is hard, and the team working well together is one of the keys to success,” he says. “It’s an awesome responsibility, because people meet through games and build communities and lifelong friendships.”

Bungie was founded in 1991 by Alex Seropian and Jason Jones. While first developing games for use on Macintosh systems, the company eventually moved on to other platforms such as Windows and the PlayStation 2 game console before being acquired by Microsoft in 2000.

After the acquisition, Bungie developed the Halo game franchise. In 2007, Bungie became an independent game developer again and released the first version of Destiny in 2014. The sequel, Destiny 2, launched in 2017.

When working on his first game almost 20 years ago, Villegas was part of a team of about 60 people—designers, testers, software engineers, graphic artists and those on the business side—working on Halo, he recalls. In 2021, Bungie may have as many as 500 people working on its games.

“The race to realism ended up changing the curve on creating the experience,” he says. “It’s about the innovations, from large expansions like Beyond Light to our regular seasonal updates which give us the chance to push our ongoing narrative forward and add new features, gameplay ideas and fresh, exciting content.” 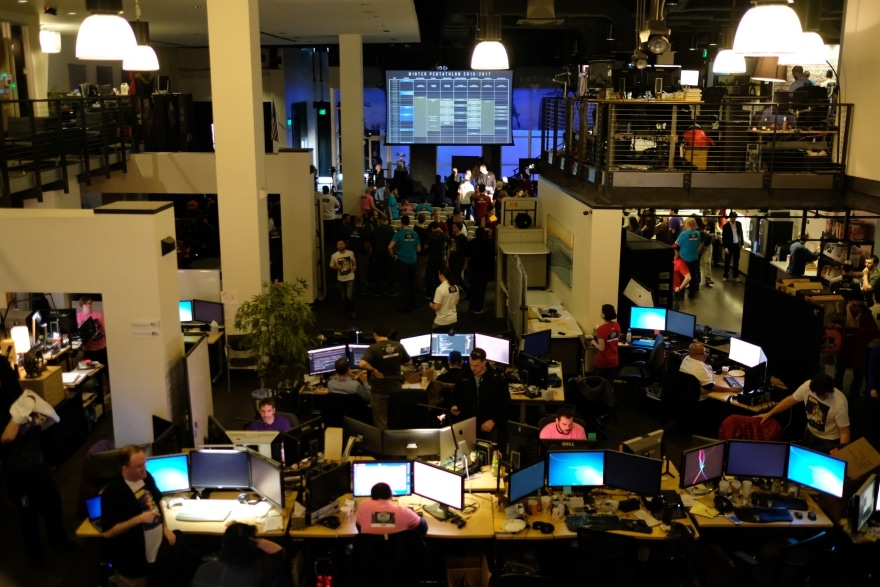 Where gamers can play is also expanding, and one of Villegas’ current initiatives is building “play anywhere” technology, allowing gamers to shift from device to device without losing continuity of the action or the good graphics.

The endeavor began with the arrival of COVID-19, and the pandemic affected the work because so much of the development process was built on in-person collaboration, he says.

Bungie shifted to remote work within two weeks in March 2020, and the company is building what Villegas calls a “studio in the cloud,” with tools for coding, content creation and all the other elements needed for making games. The goal is to make development accessible to all employees, independent of device and location, he says.

But the communal approach remains crucial, Villegas adds. To bring employees together, the studio in the cloud is complemented by virtual social events, regular swag pickups and virtual studio workshops.

From jump shots to joysticks

Growing up in Medellin, Colombia, he knew his future was in games. But the game he dreamed of was basketball. It was easier to find a court than access to tech, and he recalls learning coding from magazines imported from Spain.

The career script flipped when his family moved to Miami when Villegas was 16. Pro basketball was out, but the possibility of making games grew much stronger.

Through his last years in high school and at Florida International University, he piled on the courses related to creating games.

As an FIU sophomore, he thought he’d gotten a big career break with an opportunity for an internship at Microsoft. The break fizzled because of a poor interview, but Villegas came back from Seattle and devoted himself to becoming the best engineer around, he recalls. That included earning a Microsoft certification as a solutions developer to bolster his chances when the company returned to campus to recruit. 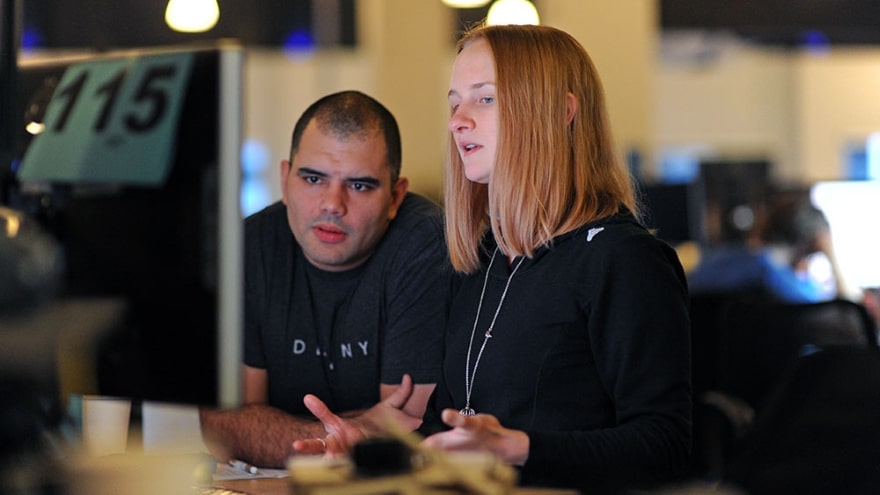 When Microsoft returned, they weren’t interested in Villegas as an intern—he was hired as a software engineer in October 2001 and worked there while he completed his FIU degree in computer science in 2002.

He first joined Bungie in 2003 as a software engineer and developed and maintained the lightmap generation system for the Halo 3 game. He also created tools for detecting and capturing crashes and assets found in games.

In 2008, he returned to Florida, became a software engineer at Electronic Arts Tiburon and worked on the Madden 2010 NFL game for a year. It was here he also became interested in management and leadership.

Villegas was considering going back to school for his MBA—he’d already earned a master’s in computer science from DigiPen Institute of Technology in 2008—then Bungie brought him back. After returning as a software engineer in 2009, he began working his way up. By August 2018, he was head of services, infrastructure and game security. In 2019, he was named to the company’s board of directors and became CTO in December 2020.

Villegas says Bungie is developing new experiences in Destiny 2. In May, Season of the Splicer launched, and next year will bring The Witch Queen expansion.

“Making video games is a lot of hard work, but then there is this magical moment when we wrap up a release and ship it—it feels great,” he says. “But nothing compares to talking to our players when they get to play what we created. Seeing how our games impact their lives and how much they enjoy playing

is the most rewarding part of this career.” 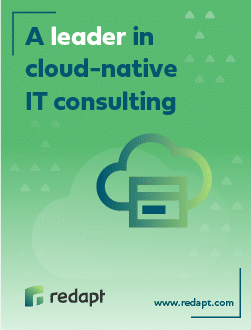