Bearing the IT agenda at Cub grocers

A Midwest grocery chain, Cub—as in Consumers United for Buying—had been making strides in e-commerce, but with COVID-19 and other factors raising the stakes, it reached out to Luke Anderson in September 2020. A veteran tech boss and consultant who had plied his skills in other industries, he soon recognized that a grocery presents challenges uncommon to other retail.

“The grocery business as a whole has lagged behind, not just from a technological standpoint, but from a user-adoption perspective,” he tells Toggle in September after celebrating his first year as CIO at the company headquarters in Stillwater, Minnesota.

“User demand for e-commerce had lagged but the pandemic accelerated it and also pushed grocery e-commerce into demographics that might not have been otherwise interested,” Anderson says.

Those demographics include senior and immune-compromised citizens more susceptible to the virus and thus wanting to avoid crowds. But they’ve adjusted quickly to the wired world, observes Anderson, who’s intent on sustaining the trend. Toward that goal he’s assembled his own infotech team of 15. He’s also introduced new IT functions and nurtured vendor partnerships.

“What a whirlwind the past year has been,” Anderson says. “That’s the first word that comes to mind, and in a good way. We’ve got a million issues to think about daily. We’ve made a lot of progress and there’s not a Cub employee who hasn’t been affected by something we’ve done.”

The same might hold true for shoppers at the 80 Cub stores and their pharmacies, most of which are in Minnesota and company-operated, though some are franchised. The brand also includes 29 liquor stores, some also franchised, and the Shoppers chain in the Washington, D.C., and Baltimore area.

Efficiency always the goal, Anderson has been implanting new systems, aided by vendors. “We’re not the full pyramid of infotech,” he explains. “We’re an example of today’s trends where a lot of what we do in IT is managing and integrating partners.”

Network management and security software have been entrusted to Acuative, a New Jersey-based service provider that aids medium-sized companies in digital transformation. The Cub corporate office now runs on the Acuative network, and it will soon be integrated into Cub and Shoppers stores.

Acuative will also provide a cost-effective, fully managed SD-WAN network with next generation firewall and security. The services include the design, deployment and monitoring of Cub’s entire network, which dramatically increased network capability and reliability, Anderson says.

Acuative’s role dovetails with that of ECRS, a North Carolina company. Its Catapult system will be point of sale at Cub and Shoppers, as well as the foundation of the price hosting system. It will perform functions such as item and pricing data, as well as managing and hosting software administration. For seven straight years, ECRS has ranked first among grocers in Retail Info Systems Software Leaderboard, a tracking of the retail industry’s top tech vendors, Anderson adds.

The initial phase of the digital upgrade was rolled out in late summer and early fall and Anderson expects to get begin the second phase in early 2022. This will include such functions as customer ID management and coupons still handled by a legacy website.

And this past summer, Anderson has been fine-tuning the Afresh Fresh Operating System, a platform to ensure fresh produce is available at select stores in the Twin Cities area. He says its artificial intelligence provides the most efficient means for sustaining fresh fruit and vegetables.

“That’s always a concern among grocers,” he says. “So much produce unnecessarily going to waste.”

Anderson’s technological tweaking also could factor in what’s next for Cub. This year it began separating from United National Foods Inc., its owner of the past couple years, to become a wholly owned but independent operation.

While that arrangement could continue, UNFI had wanted to sell Cub but now seems committed to holding onto the chain. As long as it’s under UNFI, Anderson says Cub benefits from the parent’s cybersecurity and risk management, but he still must be ready to undertake those responsibilities should the situation change.

There’s always something changing on the IT front, he reminds, adding that’s what makes it so much fun. Time was when the Kansas-born CIO might have been drawn toward software, his father being in that profession. Dad provided son with hand-me-down computers, so Luke was quite comfortable with technology by the time he was in high school.

Politics too—Anderson double-majored in political science and computer science at the University of Wisconsin-Madison, graduating in 1998.

“I realized if I wrote papers and included technology it was fairly novel,” he says, recalling with a laugh his long-ago dissertation on how the internet might affect relations with Africa. “I don’t know if the professor understood but I still got an A.”

Anderson began his career at the Irish-based professional services company Accenture and lead large, international teams during his 13-year tenure. Next came shorter stints with Supervalu, Slalom Consulting, Oliver Wyman Labs and Schwan’s Company, the latter role as vice president of digital services and information systems strategy for the Minnesota affiliate of a Korean distributor of frozen foods.

Schwan’s is a great company, Anderson says. But Cub offered the opportunity to rebuild what had been an underinvested IT team and lead the company through a digital transformation. Yes, it has been a whirlwind year, Anderson emphasizes, and one to build upon. He also likes that Cub is an institution in the Land of 10,000 Lakes.

“Everyone in Minnesota knows of Cub, the hometown grocer so rooted in community,” says Anderson, now a married 45-year-old father of two high school-aged sons. “Despite competition, we expect to maintain our market share and that is in no small part due to technology.” 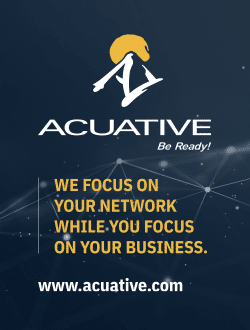 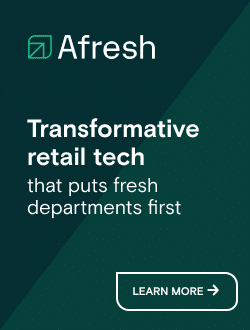 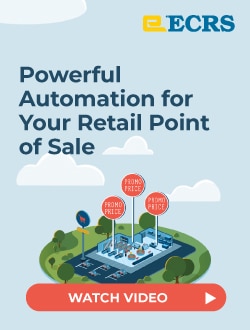