Building the bridge to telemedicine

There are times when a person needs to visit a doctor, but not in person. That’s the premise behind telemedicine—digital consultations and care for non-life-threatening conditions and illnesses that can provide a diagnosis and a prescription by phone or some other device.

As CHRISTUS Health continues to expand its medical services in the Southwest U.S. and beyond, it’s looking to make telemedicine a centerpiece of that expansion. 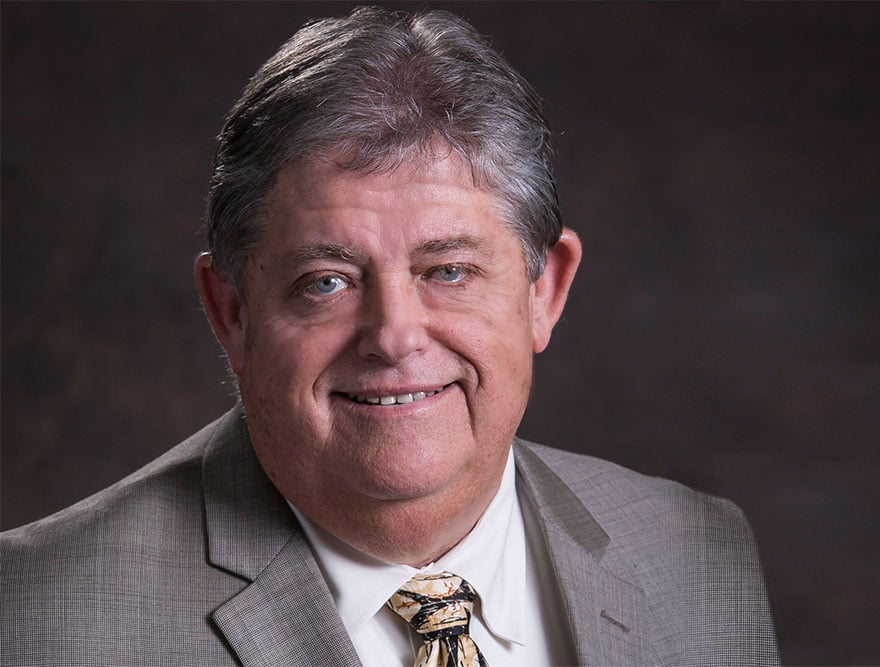 Fresh off Compass 2020, an initiative that upgraded tech in the health care system, CHRISTUS Vice President and Chief Technology Officer Lynn Gibson is now rolling out Connect 2025. It will use the tech to provide remote care services that will reduce demand in CHRISTUS facilities while introducing the system to new patients.

“Changing the delivery of health care is something all IT shops in the U.S. are facing,” says Gibson. “This is no longer about how many heads there are within a provider group. This is about where and how services are provided.”

How and where to care

Founded in 1999 and headquartered in Dallas, CHRISTUS is a nonprofit Catholic health care system made up of more than 600 centers, including community hospitals, walk-in clinics, outpatient clinics and other health ministries offering birth services, dental, vision, cancer care and surgery.

The CHRISTUS network extends beyond U.S borders, with more than 60 affiliated hospitals and 350 outpatient clinics and care centers in Mexico, Colombia and Chile, and over 15,000 physicians providing individualized care.

“We’re going to be doing more things from a mobile platform,” Gibson explains. “We’ll be connecting through and interacting more through cellular wireless services. It’s a change in mindset, but not so much in equipment.” 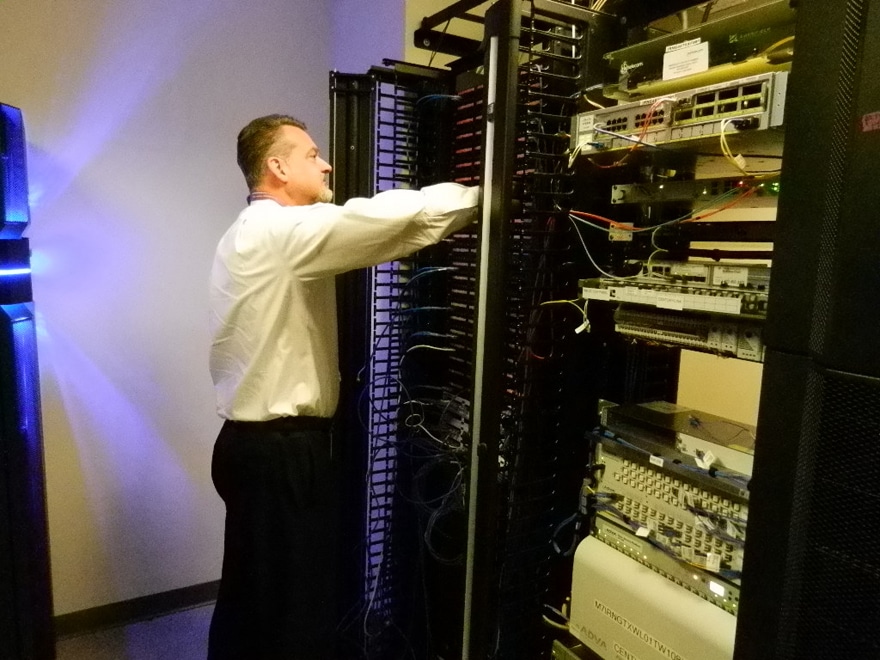 Telemedicine won’t be for everyone, but it’s intended to reduce emergency room visits while extending a service region through devices and better bandwidth. No one needs to sit in a waiting room for an extended period when the actual visit becomes a five-minute conversation where the patient is told to take a couple of ibuprofen, Gibson says.

He expects telemedicine could bring younger patients to CHRISTUS as they won’t require as much specialized care and are already adept with devices and cell phones. It may also attract more tech-savvy practitioners who used tablets to study in medical school.

The Connect 2025 timeframe and methods are still being considered, but Gibson is thinking big in terms of vendors, he says, with VMware, Dell, Cisco and AT&T among the companies interested in building the network.

In the future, a telemedicine platform will come to the CHRISTUS networks in Latin and South America, he adds.

“Each organization is moving at a different pace,” he says. “The question is how to get from point A to point B. No one has found that answer, and it may not be the traditional health care providers who have that answer.”

Protection is as crucial as accessibility. Telemedicine consultations are made in private as though it is an office visit—HIPAA rules apply here, too.

As to protecting records and data, Gibson says he’s not certain how a national data privacy law may take shape in the U.S. but notes medical records may be worth more on the internet black market than credit information.

“We’ll always have to protect patient records to ensure the person we are treating is not an imposter,” he says.

Though he’s been providing tech solutions for 35 years, Gibson had originally envisioned a career in politics.

Growing with the industry

A native Texan, Gibson earned a bachelor’s in English from Texas A&M University in 1978. Two years later, he became a staff assistant for Jim Mattox, then a member of the U.S. House of Representatives.

Gibson earned a bachelor’s in business administration from Texas State University – San Marcos while working for Mattox. As importantly, began his tech work by setting up office computer operations for the congressman. When Mattox became attorney general in Texas, Gibson became his director of IT in Austin.

He stepped away from IT for a bit when he helped develop Baylor University’s Research Institute as a business officer. By the late 1990s, Gibson was back in the field, helping bring IT to hospital operations. After 21 years at Baylor, he consulted in health care IT for IBM and Deloitte Consulting and joined CHRISTUS in 2012. 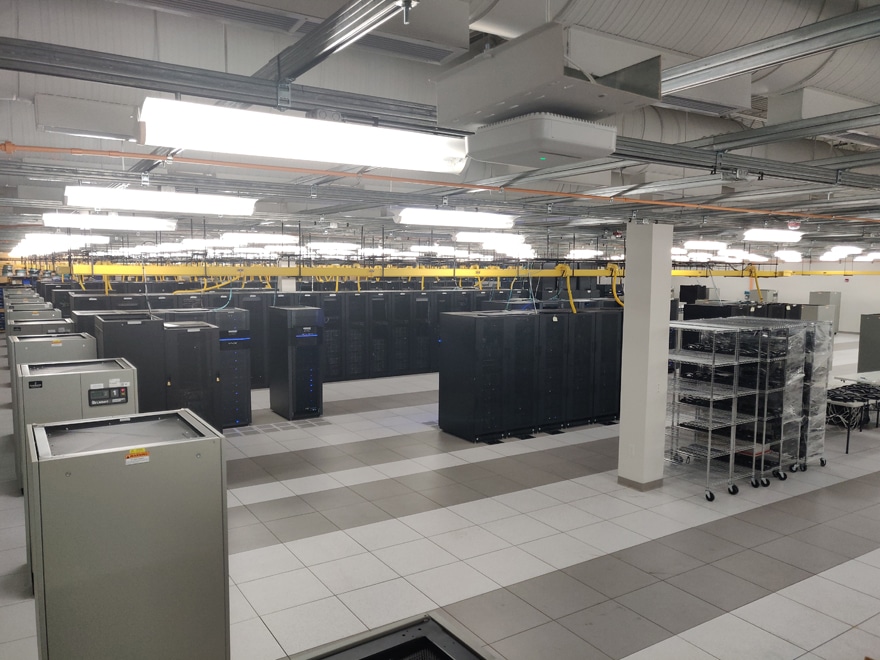 Gibson has not only taken a successful swing at building an IT career, the avid golfer is also compiling an enviable list for seeing the world’s best golfers in action.

He’s attended three of the world’s five major golf tournaments, including the British Open at the Old Course at Scotland’s famed St. Andrew’s Links. Gibson’s travels are about more than just birdies and bogeys. This year, he’s planned a tour that will take him and his wife to Barcelona, the French Riviera and Italy.

And he enjoys roughing it closer to home, he adds. One of his passions is Scouting, and one of his favorite annual events is a winter camping event in Athens, Texas, that can draw as many 1,300 Scouts.

Getting outdoors also provides Gibson the metaphor he likes to use to describe how tech has grown.

“Think of it like a lily pad,” he says. “It will double in size every day until it covers the whole pond. But the day before the pond is covered, it is only half covered. And the day before that only a quarter covered. Change happens rapidly and sometimes you don’t realize until it’s happened.”