How transformational the tech

Should anyone still need convincing that a corporate info-tech department is more investment than cost, they’d be well-advised to consider the progress that U.S. Venture has made on Mark Duening’s watch.

A heavyweight in the distribution and marketing of energy, automotive and lubricant products in the United States and Canada, the Wisconsin company was behind the ever-evolving IT curve nearly a decade ago when it brought aboard the veteran software engineer as its first CIO. 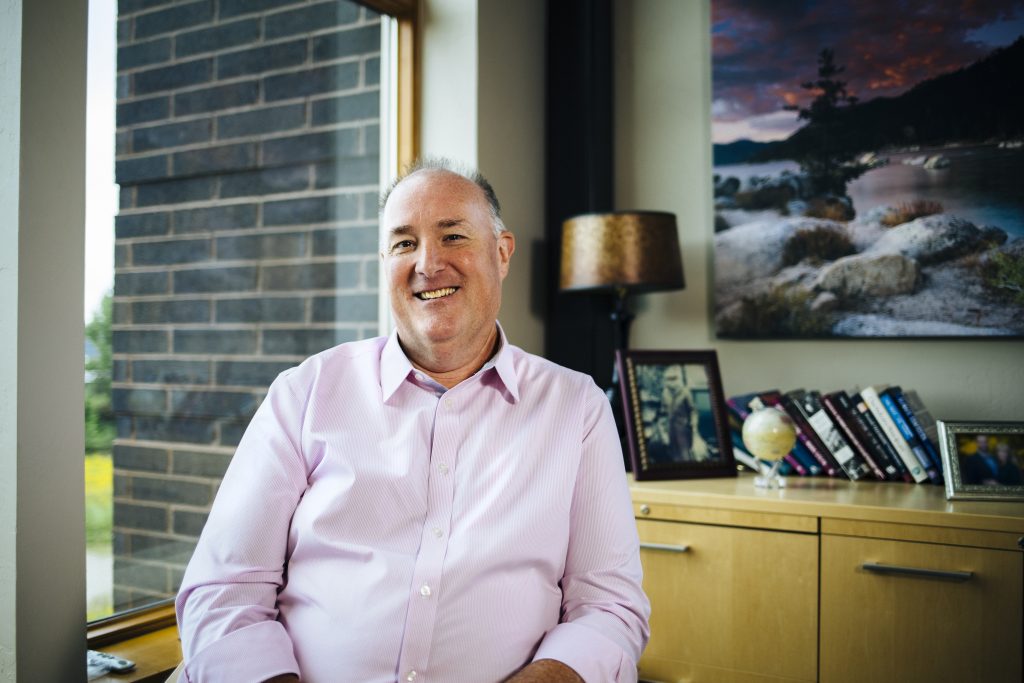 “Back then, IT was a relatively small team focused on keeping the lights on,” remembers the amiable Duening, who came to U.S. Venture in May 2009 after four years of directing enterprise applications for another Wisconsin corporation, the heavy equipment manufacturer Manitowoc Co. “The use of technology seemed to be looked upon as a necessary evil rather than something that could transform the business through the digitalization process.”

How that’s changed, with U.S. Venture recognizing Duening as the person who could leverage technology as a strategic advantage in a very competitive industry. Of course, this meant a substantial investment in resources and personnel, with the IT team expanding from 18 to 65 and U.S. Venture’s business growing eightfold.

It would seem there was cause and effect at play.

“In the last nine years we’ve made many changes to systems to be data-centric, modernizing the platform and building a foundation in which we can keep moving the needle forward,” Duening says, crediting U.S. Venture’s CEO and President John Schmidt for foresight and assistance from various strategic partners.

Tops on that list might be the Indiana-headquartered solutions provider Blue Horseshoe, which has partnered with U.S. Venture for over five years, implementing one of Microsoft’s most versatile Enterprise Resource Planning products, Dynamics 365 software, in place of a legacy system that may have been hindering progress. 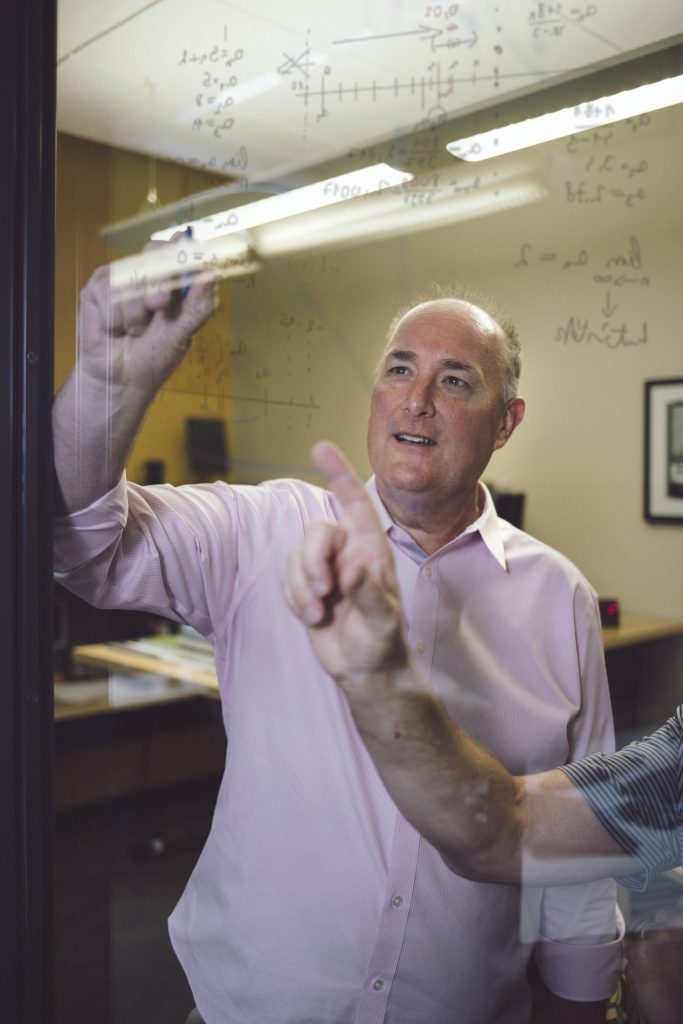 “Blue Horseshoe has improved our ability to consistently report our financials across all organizations,” Duening says. “And it’s just the beginning of a journey that’s going to further streamline our operations.”

“U.S. Venture is revolutionizing their business and leading with digital transformation,” says Chris Cason, CEO at Blue Horseshoe. “Mark and the info-tech team are spearheading multiple initiatives that bring more value to their customers and empower their employees.”

U.S. Venture’s operations are further enhanced by Sonata Software, noted for its platform-based digital transformation initiatives to create businesses that are connected, open, intelligent and scalable. As far as that big IT team is concerned, this is no Dilbert-like operation, with techies siloed and only speaking when spoken to.

“It’s a collaborative effort here, as there’s so much about technology that overlaps into the other departments,” Duening makes clear. “We can’t have any islands; everyone is part of the team.”

As legacy systems are replaced with new, modern technologies, U.S. Venture has taken on a new endeavor to further digitize the company. Duening has been tasked to build an entirely new organization within U.S. Venture that is focused on developing business insights through the use of analytics.

“This will have a profound impact on our business,” Duening shares. “The insights we will be able to deliver internally, as well as to our customers, will transform how we operate and generate revenue. This is a strategy focused on our future.”

Last year all U.S. Venture team members underwent phishing training from the SANS Institute, a globally active company noted for in-depth classes in such critical areas as cyber and network defenses, penetration testing, incident response, digital forensics and audit. Duening credits the session for underscoring the importance of everyone being more cautious about opening what might be nefarious emails. The ability to reinforce good online behavior, supplemented by SANS training for those relatively new to the virtual world, has further enhanced the credentials of U.S. Venture’s Information Security Awareness Program.

While his administrative duties make him part of the U.S. Venture brass, Duening remains a software engineer at heart, as that’s how he distinguished himself during the early years of his professional life.

A principal software engineer with General Electric from 1985 to 1994, Duening built systems for the Navy and Air Force, his efforts including technologies for radar, sonar and missile detection. He’d co-founded a successful software company and sold it after seven years, to look for new opportunities to ply his passion for all things high-tech. 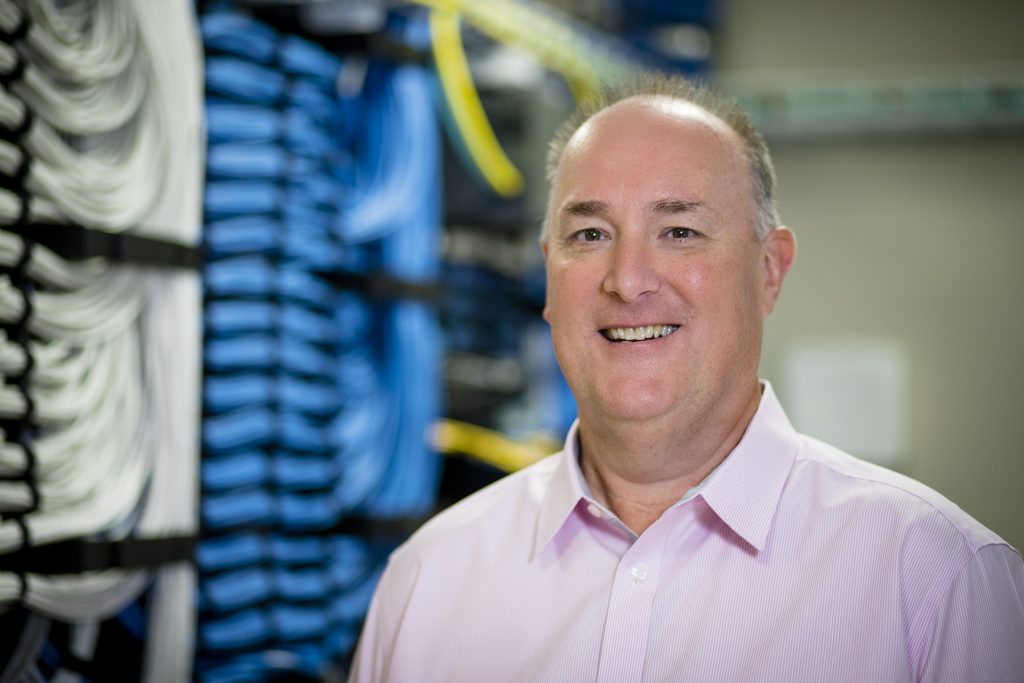 “I’ve always found it very energizing to take on a problem and solve it,” Duening says. “In the process, I’ve also learned how to build and motivate teams.”

His role at U.S. Venture also enables him to take on some extracurricular responsibilities that also can be quite energizing. Years ago, a company founder became intrigued with the selfless deeds of a friendly priest doing missionary work in Kenya. U.S. Venture and the U.S. Venture/Schmidt Family Foundation have since partnered with the Victory Community Development Center, a school outside of Nairobi, to provide education, nutrition and health care to the students.

Realizing that education anywhere is constricted without modern technology, Duening advocated for U.S. Venture to recycle its laptops and provide them to the school.

“One of our leaders who spearheads the Kenya activity was asking for some laptops and I pushed for us to change how we were recycling,” he explains. “Now we’ll clean them up, install new batteries and ensure they’ll still have some life left in them. John Schmidt said ‘Let’s build a classroom’ and we built two, each one full of computers. For a small investment on our part, we can make a huge difference.”

While Duening has yet to travel to Kenya, his team members make the trek, working with the school’s staff to maintain a viable network and—perhaps equally important—solidifying yet another point of light that U.S. Venture has long built into its business model.

“I’ve sent an operations manager there a few times and he’s fallen in love with the kids and community over there,” Duening says. “When members of our team have made the trip, they’ve found it to be very transformational. They come back with a whole new perspective on their priorities and life in general.”

Yet another reason to view info-tech as necessary for progress, be it with a thriving company or a much-needed school halfway across the world.