For students in the high-poverty Niagara Falls City School District, computer-based learning starts in pre-kindergarten. This head start helps give students the same opportunities as their counterparts in more affluent districts, who likely have computers and internet at home, says Mark Laurrie, Niagara Falls superintendent. 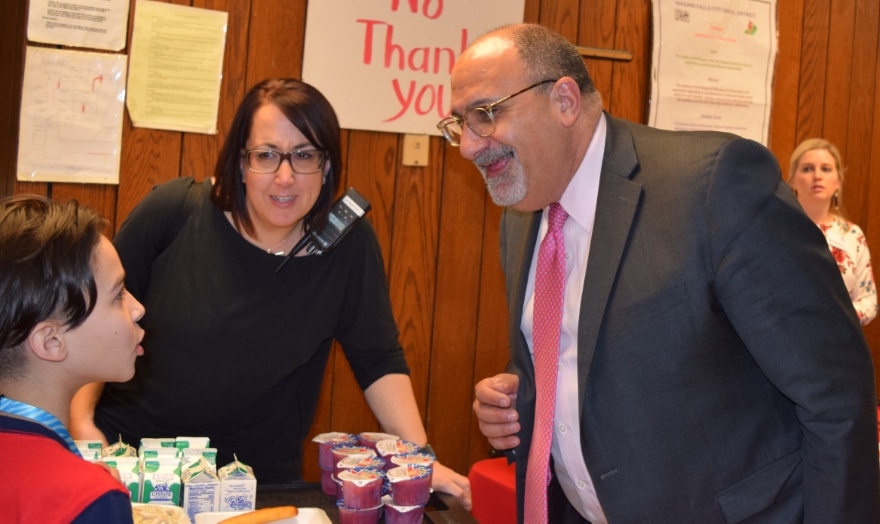 As Laurrie explains, without in-person education, some of Niagara Falls’ students no longer had access to computers or Wi-Fi, meaning they might quickly lose the level playing field created by the district.

“My mindset has always been to provide students with the pathways and opportunities to succeed and rise through technology,” he says. “This was never more important than during the pandemic.”

To keep costs down, it continued to lease its devices, as it had also done with hardware like copy machines and printers. The district also continued to contract help desk services and other tech support, and maintained a strong internal information services team.

Keeping devices updated and synced to the district’s network is crucial to continuing remote education. Tuesdays and Fridays are technology repair days for the devices, including Lenovo 11E laptops for every student, valued at $569 each. 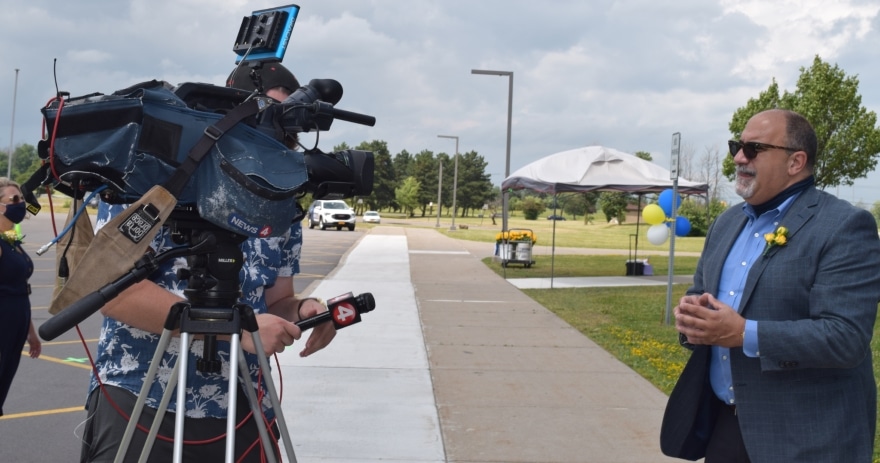 “We’re not loaning out word processors. Our devices are better, and we’re using them for everything,” Laurrie says.

In addition to basic network access, the district has worked hard for the past year to increase access to unique learning opportunities through Google. Virtual Google sessions, for instance, help students “visit” big cities, foreign countries and famous museums. Without the technology, Laurrie says these places might not make it into lesson plans or a student’s schema.

“Some affluent children have had access to international travel, for example, but some of the students in Niagara Falls may never get a chance to travel,” he notes. “This is the next best thing.”

As well as providing a laptop and Wi-Fi device to every student, he and the district have integrated Microsoft 365 for faculty and staff.

Some teachers were hesitant about the changing technology. Laurrie says tech savvy wasn’t required in the past, so it was an afterthought for some. Now, it’s mandated that teachers be at a certain level of technological proficiency to teach in the district.

“Our tech literacy has completely risen to heights that wouldn’t have been seen without the pandemic,” he says.

To communicate the many changes with faculty, parents and students, Laurrie launched a YouTube channel where he posts daily videos to staff and the community. It’s provided a level of communication and stability that would otherwise be lacking, he says. 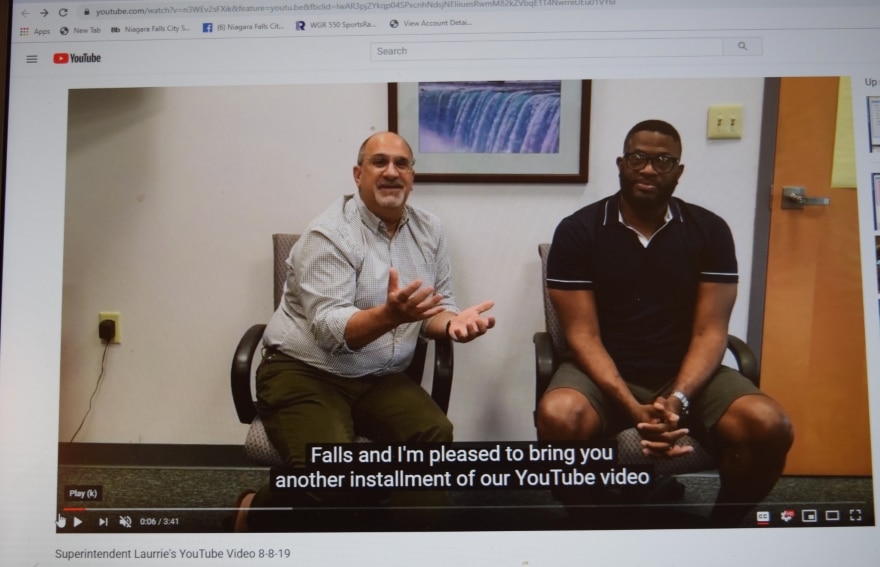 The district has also held virtual bi-weekly tech meetings with the school board and technology committee to vet potential new hardware and software upgrades. And every Sunday night, Laurrie hosts an online seminar for staff to provide updates on the district’s handling of the coronavirus and academic pursuits.

“My responsibility is to be a leader, to be an innovator and to take risks that we’ve never taken before for the betterment of our students,” Laurrie explains.

Keeping the district above the fall

“For every dollar we spend on construction, we get 98 cents back,” Laurrie says. “There’s lots of money for schools in New York, in part because of the construction funding formula.”

While most of the district’s students qualify for free or reduced lunch, it will remain his goal to offer a high-quality education using as much technology as he can provide. 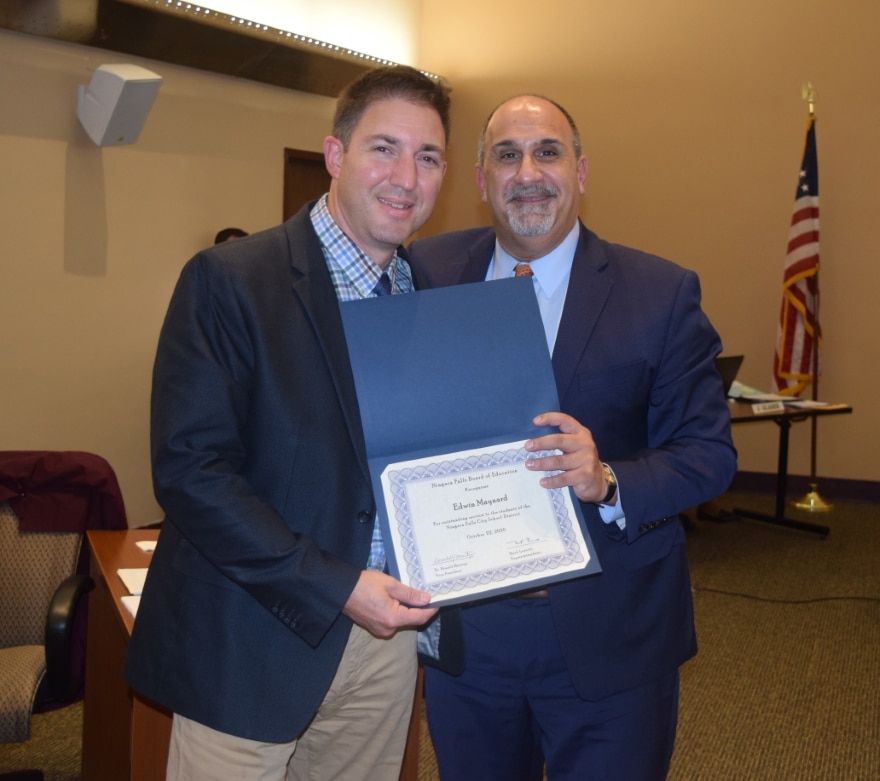 He started as an elementary special education teacher—for 11 years—and then became an assistant principal for two years. In 1997, he became principal at Maple Avenue Elementary School, and in 1999, he was named the principal at Niagara Middle School.

Laurrie was the principal of Niagara Falls High School for three years and spent three years as the school’s chief educational administrator. In 2009, he became the deputy superintendent, a position he held for six years. Laurrie was tapped to lead the district in 2015.

“I have spent my entire career in the Niagara Falls City School District, and I believe that the school district has always had a commitment to bring equity and opportunity to our students,” Laurrie adds. 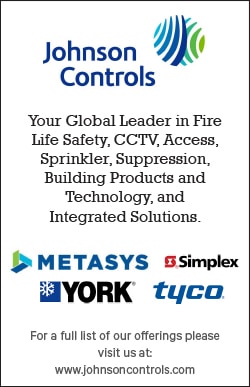 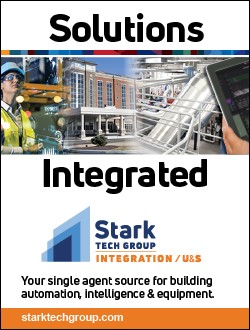