At MidAmerica Nazarene, a tech mission as strong as its faith

For most university IT departments, the days of simply maintaining servers and troubleshooting hardware problems have been replaced by a considerably more demanding docket: Streamlining resources, collaborating with business and academic departments, securing data and widening access to a growing array of tools and technologies.

That would be a full enough plate for just about any IT manager; but Mark Leinwetter has never been one to assume the short view.

In his role as IT director of MidAmerica Nazarene University (MNU), a Christian liberal arts school located in Olathe, Kansas, Leinwetter’s vision has been both ambitious and heartfelt: The four-year plan he drafted shortly after his arrival in the summer of 2014, complemented by an italicized mission statement, lays the groundwork. 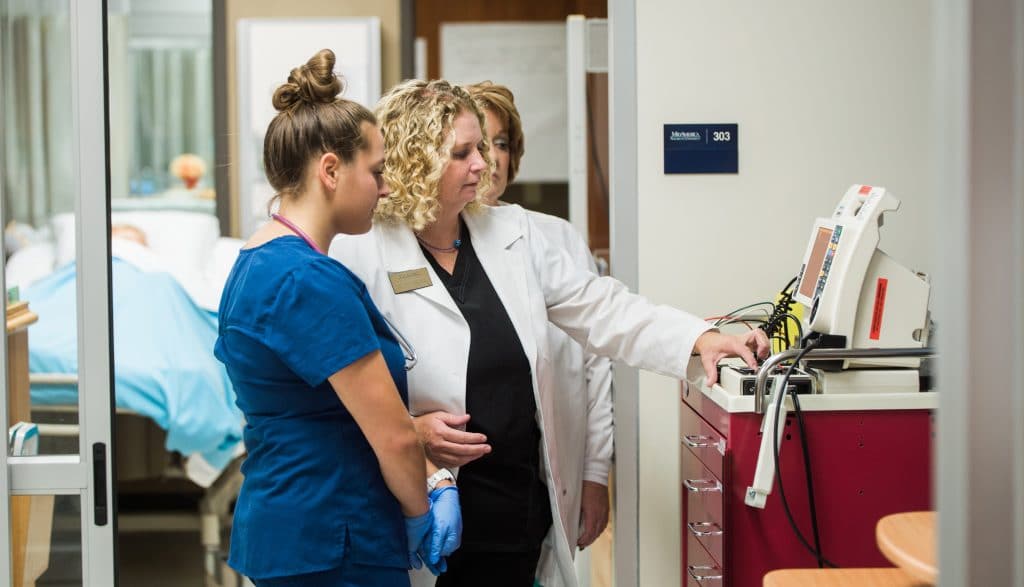 “I understand the urgency when something in the classroom is down or not working properly,” notes Leinwetter, who spent years as an adjunct professor. “The more complicated the classroom technology gets, the more important it is that you have the pulse of the faculty.”

In his staff-wide IT mission statement, Leinwetter outlines what he calls the “5 Cs” of MNU’s IT approach: clear communication, consistency, complete (and accurate), commitment to quality and creating a win-win (in working with other university departments).

To dive deeper into MNU’s tech trajectory, however, it’s important to understand the school’s heartland-humble roots—ones that originally sprouted another “C” entirely.

From cornfield to connectivity

In 1966, the year Mid-America Nazarene College was founded, most of the 100-plus acres that now occupy the school’s flagship campus were covered in cornfields. Though hardly an uncommon site in MNU’s corner of eastern Kansas, Leinwetter says the image is helpful in contextualizing the school’s development.

“It’s not that long ago in the grand scheme of things, but it is remarkable how much the university has changed and progressed,” Leinwetter says.

Thanks to a recent federal grant, MNU—with a total enrollment of around 1,900 across three separate campuses—has mobilized a number of IT initiatives, many of them transformative in size and scope. 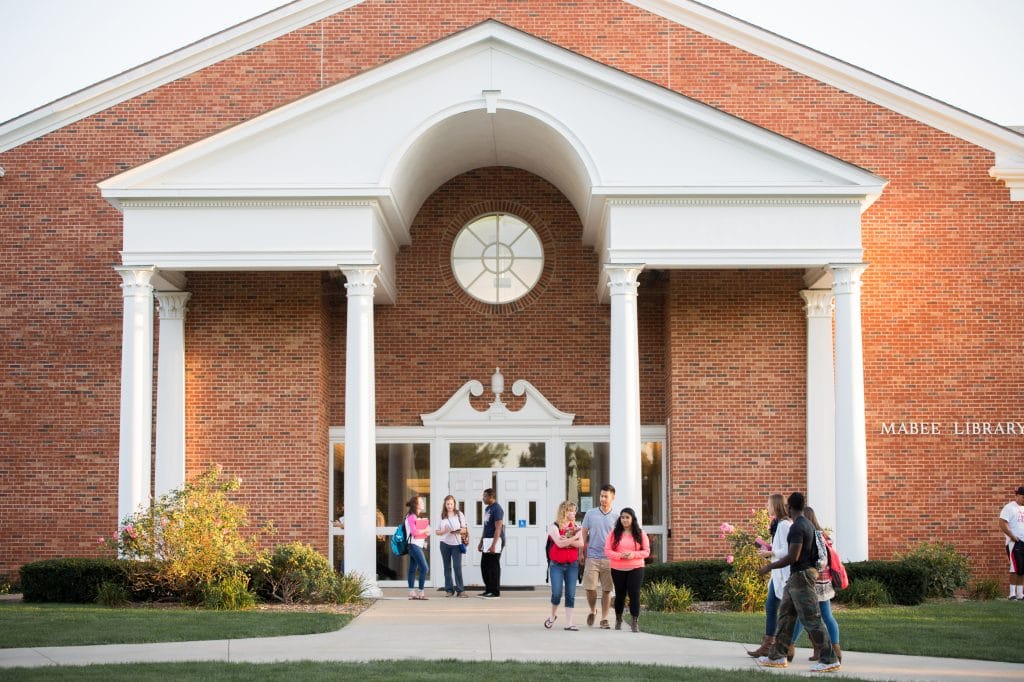 First (and arguably foremost) was the installation of a 244-strand fiber optic ring connecting the campus—the relative equivalent, Leinwetter says, of having a 10-lane highway for car traffic. Bolstered by a brand new, 40-gig LAN (both Wi-Fi and desktop-wired), connectivity is more robust than ever.

As MNU’s bandwidth has broadened, however, so too have the potential pitfalls. With phishing and other hacks arriving on a nearly daily basis—a growing threat across the educational landscape—Leinwetter and his team have redoubled their efforts to protect the school’s storage platform, itself recently upgraded to 700 terabytes (for scale, one terabyte is equivalent to 86 million Microsoft Word pages). Key to that effort is a modernized backup and recovery protocol, designed to address everything from fire to tornado to—yes—explosions.

Even the seemingly outmoded fixes, such as upgrading a 30-year-old phone system to include voice-over-internet protocol technology (VOIP)—a tweak that would, among other things, allow faculty and staff to access voicemails through their computer—have the potential to save both money and time.

“We’re always trying to prioritize projects that add the most value,” Leinwetter says. “Even if the upgrade is specifically faculty-focused, there’s bound to be a positive impact on the student experience, which is paramount.”

Like many who hold his title, Leinwetter champions a full-table approach in tackling MNU’s most pressing tech needs. But it’s in how he collaborates—and with whom—that offers perhaps the clearest glimpse into the soul beneath the school’s more mechanical workings.

Twice a year, IT directors from all seven of the country’s Nazarene universities convene to discuss the myriad issues facing their shared department: smart classrooms to cybersecurity and beyond.

This isn’t just friendly backslapping between industry peers; for Leinwetter, these biannual symposia are a chance to reinforce some of the tenets of their shared denomination—the importance of education and technology, service to others, the indispensability of community,  and growing in faith.

“It’s a pretty unique thing to have this kind of partnership,” Leinwetter says. “You hardly see this in corporate America, and you definitely wouldn’t see it among rival colleges or universities.” 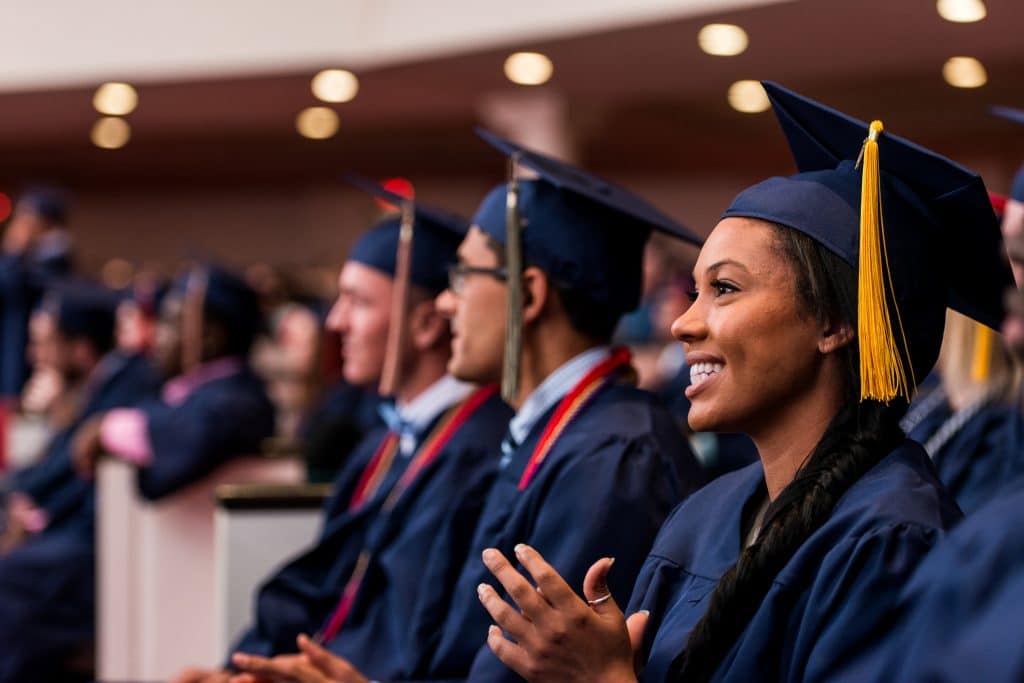 Of course, it helps having the Church of the Nazarene’s main office a scant eight miles down the road. And while its jurisdiction doesn’t include the day-to-day dealings of MNU, the Nazarene presence has been an indispensable resource.

Whether the source is university administration or denomination headquarters, Leinwetter relishes the dynamic of leadership his community has worked to foster.

“We couldn’t do what we’re doing without the help of the MNU cabinet, board of trustees and executive leadership,” Leinwetter says. “They’re the ones approving all of these initiatives, and their vision has been truly valuable.”

That he and his staff of six have made the strides they have, all while maintaining a work-life balance Leinwetter believes is crucial to the overall culture, suggests that the guiding mission—emphasized italics and all—is intact and on track.

Only, it’s the greater purpose at play that, for Leinwetter, will always be paramount: not only encouraging a commitment to service, but bringing it about, one good work at a time.

“We have chapel every Tuesday here, and I think it really helps crystalize what we’re all about,” Leinwetter says. “We want this to be a place where students come to grow academically, holistically and spiritually.”