Just “whom” the doctor ordered

You could say Mark Moch was underemployed for a spell after leaving his native Poland for Florida with his green-card lottery winning wife around 2001.

Not that he was lacking for education; Moch had degrees in literature and fine arts from the University of Wroclaw, but such credentials from a foreign school weren’t enough on this side of the pond. 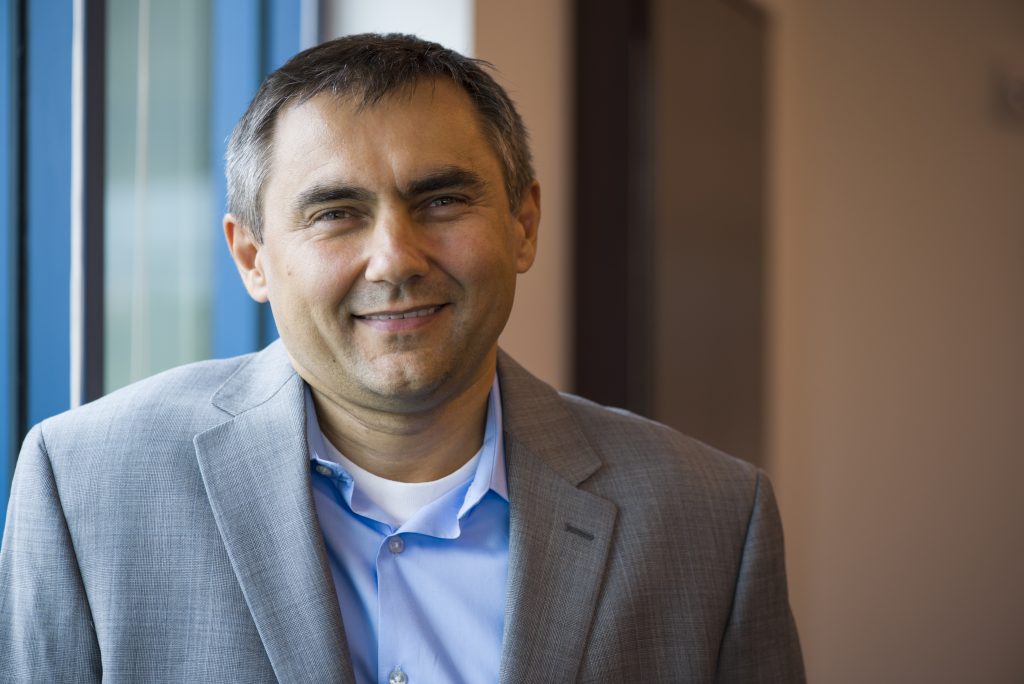 So Moch bided his time doing maintenance work at a retirement community and then a hospital while taking classes in what he saw as the very marketable field of Infotech.

“My wife said, ‘you’re so good at computers, brush up your skills and see what doors open,’” the personable and bilingual Moch tells Toggle in early 2018. “So I moved into IT. My work ethic and competence impressed enough people to move me from maintenance to a corporate office.”

Since the fall of 2016, that corporate office has been in Fort Myers, Florida, where Moch serves as IT vice president of not just any company, but one at the forefront of treating cancer patients throughout the Sunshine State. Florida Cancer Specialists & Research Institute maintains nearly 100 locations and a staff of about 220 physicians and almost as many nursing practitioners and assistants, offering its patients access to more national clinical trials than any other such private practice in the state.

Such an ambitious operation wouldn’t be feasible without the most advanced IT department, and Moch is proud to lead a team of 55 primarily young and highly skilled technicians who have never known a non-wired world.

“Since I’ve been here, that team has almost doubled,” says Moch. “It had to in order to support the company’s growth and demand for services. This is a part of the country where we’re extremely needed.”

That’s an understatement. With senior citizens well represented among Florida’s population, demand for any type of medical provider is substantial, particularly one that confronts a disease that will affect half of America’s men and one-third of its women, with extreme emphasis on those in their advanced years. Meanwhile, younger Floridians may be more vulnerable to skin cancer, year-round sunshine being something of a mixed blessing. 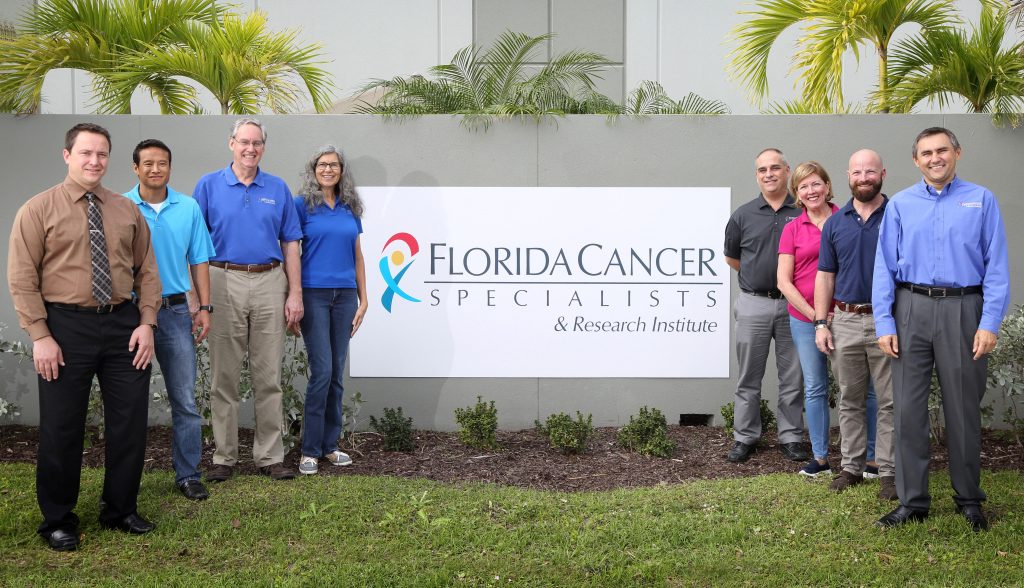 The logistics facing Florida Cancer Specialists are further complicated by the fact that a good number of its patients are part-time residents and need their treatments to be coordinated with out-of-state facilities and physicians. Medical records being worth their weight in gold on the hacker’s market, data must be secured, yet available to be shared with far-flung pharmacies, facilities, hospitals and other authorized networks.

“We’re always adding layers to our IT security,” Moch assures. “We make sure our employees are not the weak link in security, as well. Their own passwords can be the keys to the kingdom. We’re as attentive to that as we are about dual-factor authentication and other ways we can add to data protection.”

IT’s voice to be heard

Like so many other healthcare IT departments, Florida Cancer Specialists has entrusted its practice management to General Electric’s Centricity system. Such a system can be tweaked to a provider’s specific needs, Moch explains, allowing doctors, support staff and administrators efficient access to patient and financial records, as well as the many analytical tools for data-driven decisions.

But Centricity being for a somewhat administrative use, Moch and his department support hardware and infrastructure for OncoEMR by Flatiron, a more cancer-specific network linking to scores of oncology locations across 20 states, including many where Floridians reside during the non-winter months. 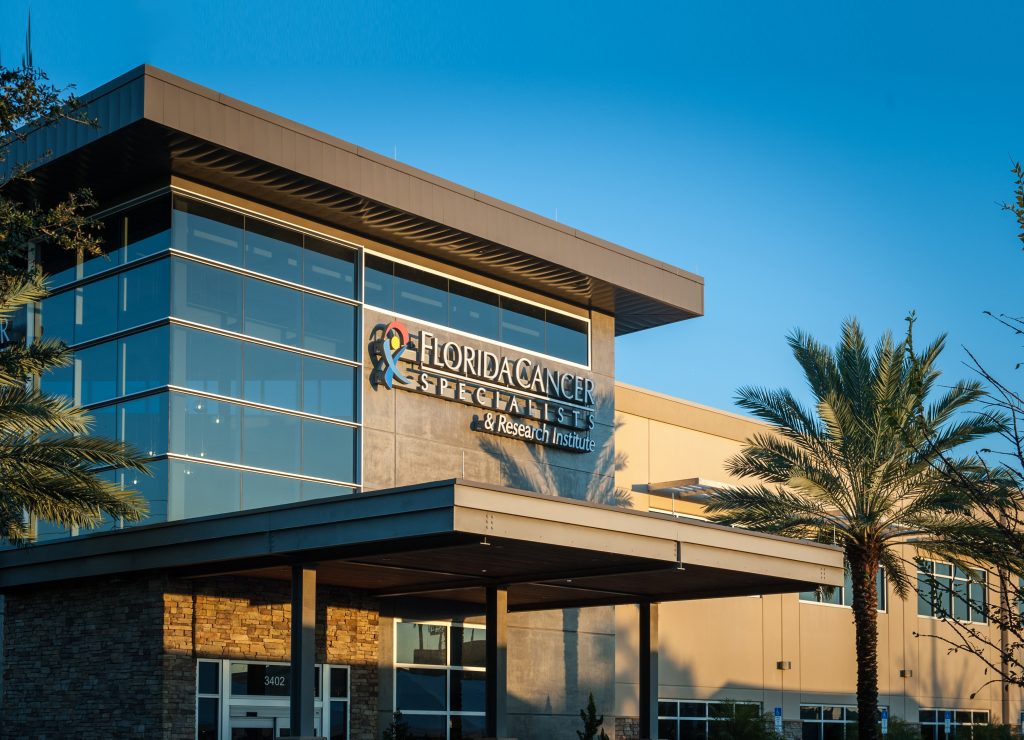 As Flatiron reminds, cancer treatment faces an overwhelming technology challenge; there is no shortage of real-world clinical data, but much of it is unstructured and stored across thousands of disconnected facilities and hospitals nationwide. By centralizing such information, not only does Flatiron better enable Florida Cancer Specialists to treat its patients, it advances research of the so-called Big C with vital data that can now be aggregated.

Such advances further motivate Moch, whose early years in IT were in financial and administrative roles, critical operations, to be sure, but maybe not quite so exciting or high stakes as healthcare. IT and healthcare, of course, are now essentially joined at the proverbial hip. No more can the technology crew be just a silent partner.

“I want our department to be a big part of any conversation, but one that doesn’t interfere with what the doctor must do,” Moch says. “We can’t just be put in a shed and be in charge of wiring. We’re a partner to the process and our role will only get bigger.”

Moch’s IT team certainly has expanded, and he’s always on alert for capable new members. Skill set is just one factor, he says, adding that dedication and drive are equally important, as is the desire to be on the most mission-oriented team.

“Last year we added many important pieces to the team,” says Moch, who came to Florida Cancer Specialists as IT director after almost a decade in a variety of roles at Promise HealthCare, a chain of specialty post-acute hospitals and nursing facilities. “It’s not the end of the journey, but we’re much stronger now than before I joined the company.”

While Florida Cancer Specialists provides incentives to retain a strong IT team, as well as every other department, Moch says the rewards aren’t always tangible.

“So many times I’m in a store and people come up to me and say, ‘My parents have been treated so well by your practice. We appreciate all the work you do,’” Moch says. “That’s when it really hits you. You’re working for more than just money. You’re helping people combat an illness, and, in many cases, improving every step of their recovery. It’s tremendously rewarding when you can use data and modern analytics to help people.”