A variety of perspectives sheds light onto online learning

Early morning ice time and hours of rigorous practice made for some pretty long days for Gabriel Malek, a high school student who also happened to be playing in a premier junior ice hockey team.

Studies were obviously important, but so was his potential pathway to the National Hockey League. The question became: how to fit it all in?

Turning to his uncle Mark Murray, the director of IT at the Pennsylvania Leadership Charter School in West Chester, he found his answer. By enrolling in the school’s online learning program, Malek could have his academic cake and eat it too—ultimately earning his high school degree in 2018 without sacrificing his game. 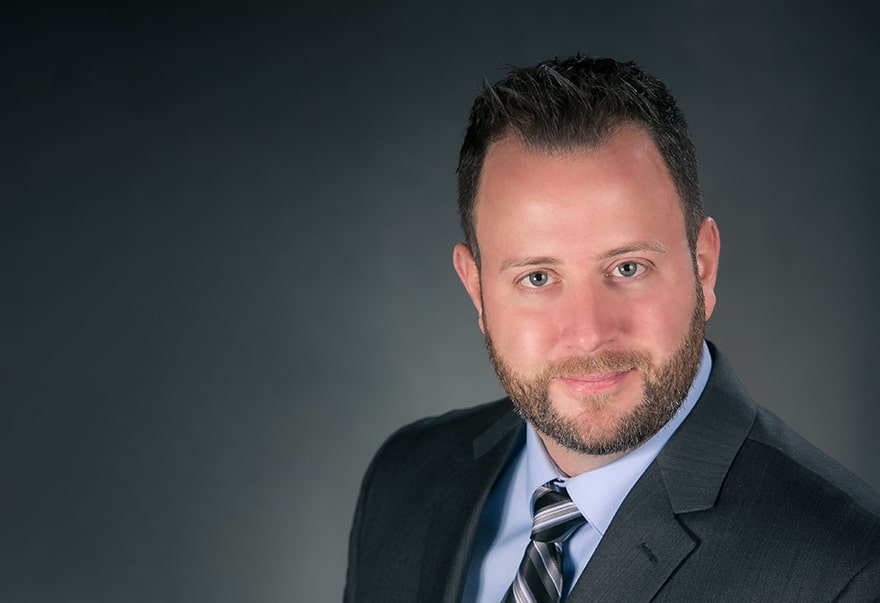 Mark Murray | Director of IT

First coming to the school in 2004, Murray served in a variety of teaching and administrative roles. Now directing technology initiatives for the school of 3,100 students and 300 staff, Murray is particularly proud of an integrated learning platform developed by his team.

“With cyberschools still being in their infancy, I’m grateful for the dynamic group that makes up our department,” Murray says. “Together we push the envelope to give our students the edge in educational and personal development. It’s a thrilling process.”

A new breed of school

Founded in 2004 by CEO Dr. James Hanak, the Pennsylvania Leadership Charter School (PALCS) is a public charter cyberschool open to students in kindergarten through twelfth grade. Approved by the Pennsylvania Department of Education, it has three offices in West Chester and one in Pittsburgh.

But what kind of school is it, exactly?

Murray explains the school is public because it doesn’t charge tuition (funding comes from each student’s home district); it’s a charter school that has the state’s blessing to function educationally; and it’s cyber in that it delivers all instruction online.

“We don’t have one particular type of student,” Murray says. “Many are high-performing professionals, actors and athletes that need to learn in a flexible environment; others might have social or emotional challenges where a traditional school might not be a good fit for them; and the rest might be homeschoolers whose parents are looking for a learning environment to allow their child to engage with a school and teacher.”

Making all that happen is an integrated learning platform “PALCSchool” through which complex interaction can occur between students, teachers and parents.

The platform project was started in 2007 by a team of software developers from Agentis Technology. To this day the group continues to work on upgrades and safeguards to critical systems, refining its network infrastructure and supporting its community with high-powered hardware and technical support. 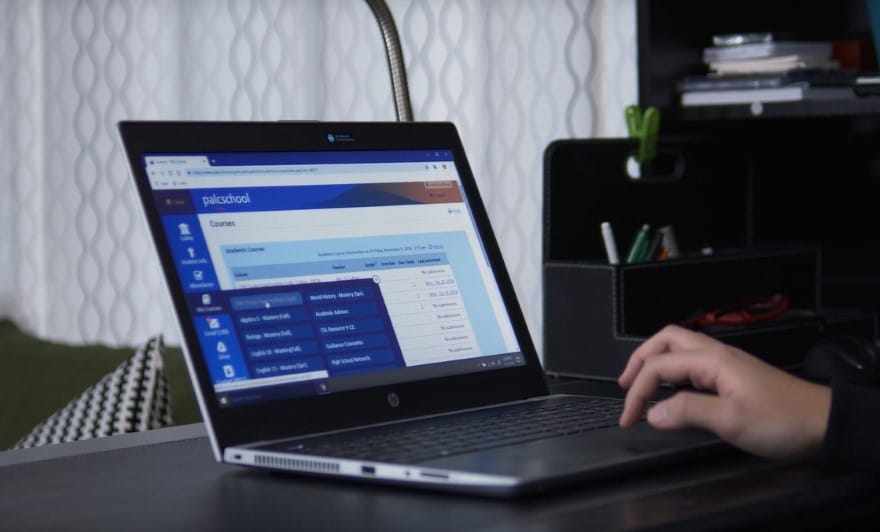 “It’s one of the things that sets us apart,” Murray says.

Initially, the platform used a learning management system called Moodle. A redesign in 2014 used elements of Moodle while incorporating Canvas, which the developers customized to meet school-specific needs regarding student data, such as customizing tracking tools to evaluate student performance.

“It’s an amazing journey we’ve been on,” Murray says.

Keeping on the cutting edge

The appetite for development isn’t waning.

As Murray explains, there are two distinct teams: the school’s IT team at PALCS that is in charge of supporting the staff, the students, maintaining the infrastructure and ensuring that it’s on a path to sustain continued growth and needs. The second is its software development company Agentis Technology that has enabled it to progress in engaging and dynamic ways over the past decade.

A technology steering committee meets weekly to discuss the platform’s performance and future development. In addition, Murray is equipping students with HP ProBooks, choosing the model because of its high performance, durability and attractive price point.

He’s also developing a customized scheduling tool within the school’s own platform that connects to the courses in Canvas for the guidance department. Developing class schedules in the past took hundreds of hours, he says. With the new tool, Murray is hoping to cut work time in half. 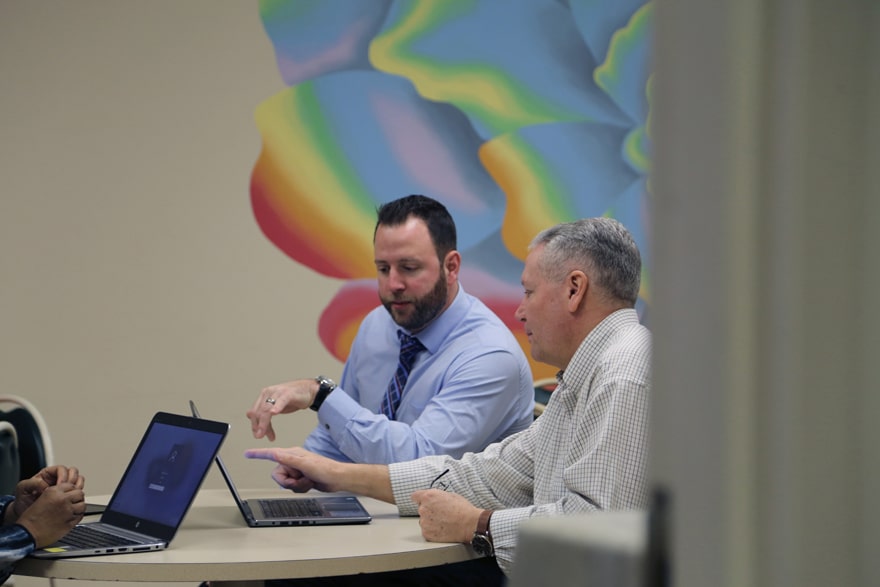 In addition, he and his team recently rolled out a different type of report card for the elementary grades.

“We’ve gone beyond the traditional letter or numerical grades and now are providing parents with a high level of detail on specific skills. The system can evaluate whether students are achieving or struggling. That information can open up conversations with parents in areas they want to focus upon.”

A variety of perspectives

From the start, it was always meaningful conversation that opened up doors of opportunity for Murray at PALCS, he says.

He started as a social studies teacher and an instructional technology coordinator at the school from 2004 to 2007 then shifted to a similar dual position in 2008 at Twin Valley School District—a public school like PALCS, but in a more bricks and mortar school district. There his main role was to start a cyber program for the district. Two years later he was back at PALCS.

Upon his return, Murray’s position evolved. He first served as an ed tech coordinator and by 2012 became the high school principal. A year later he became the middle school principal. He says the insight he gained while starting a cyber program with a traditional district enabled him to effectively lead in various administrative capacities. 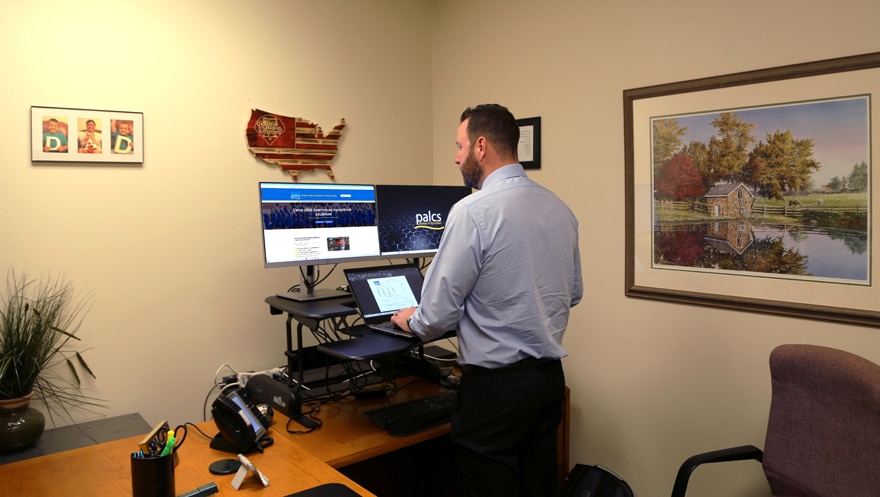 His leadership philosophy, he says, is to “ hire smart people and get out of the way.”

“I’m not a micromanager; I want to people do their thing,” he says.

In the years that have passed at PALCS, more than the school has grown.

“While I miss teaching, I wouldn’t want to miss out on experiencing the challenges along the way,” Murray says. “It makes me appreciate what a great job our school is doing for well over a decade—one of the reasons why I wanted to come back—and why I want to stay.” 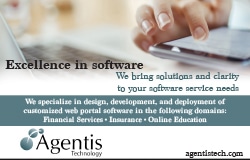