A new level of direct sales

Picture, if you will, a plane on an upward climb. As it accelerates, the craft relies on its propellers for propulsion—but at the same time, there’s a team of workers out on the wings, changing out those very propellers to boost power.

And all of this without disrupting the forward—and upward—motion. 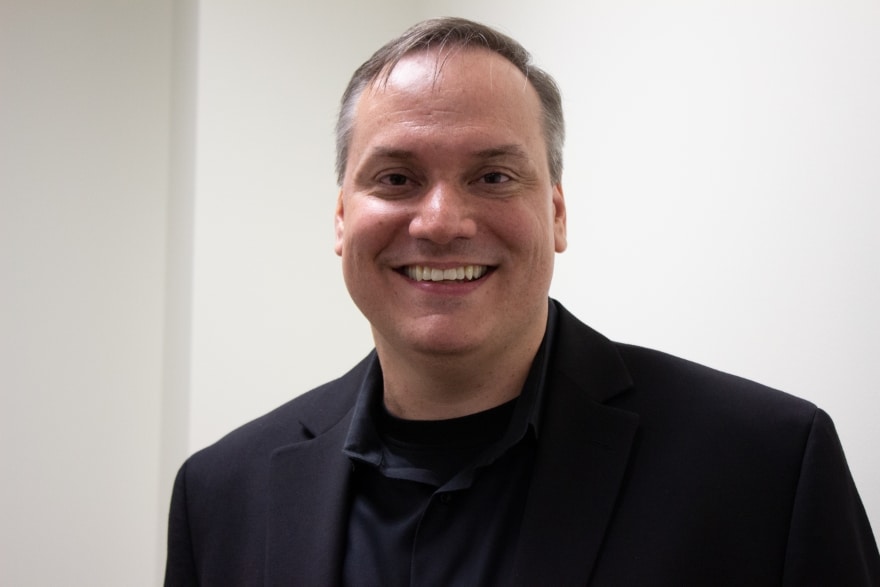 That’s how Matt Glover describes it: Direct sales company Le-Vel is the plane and the workers are his IT team. The chief technology officer refers to this as “stabilizing while ascending”—bolstering IT functions while allowing a company to stay on a growth trajectory.

“It’s a critical process—you can’t have a company stop growing in order for it to move forward,” says Glover. “You don’t want to make IT a barrier. The whole point is to enable the business and get out of the way.”

Having achieved that “stabilizing while ascending” goal in his first year with the company, Glover has now moved on to what he has deemed “Building the Bridge to cross the Billion-Dollar a Year Chasm.” The crucial element of this: “elastic architecture,” he says.

Le-Vel is a direct sales company specializing in supplemental health and wellness products including capsules, patches and amino acids. Founded in 2013, it serves 10 million customers and has amassed around $2 billion in sales since its founding. The company employs a worldwide team of about 70 people—including in the U.S. and as far afield as Denmark and Argentina. One-third of those are on the technical team, Glover says.

The company has no headquarters, so employees work remotely, accessing the company’s all-in-one, cloud-based platform, “Le-Vel Tri-Core,” which combines an ecommerce site with portals for customers, salespeople and administrators.

Not being tied down to a central location gives Le-Vel the power to hire the best talent wherever they live, notes Glover, who leads the IT team. It is also a major contributor to the company’s “crazy growth” of 7 percent month-over-month on average, he says.

To build upon Le-Vel’s legacy technologies as it grows, Glover and his team are relying on architecture that is both elastic and containerized. This allows the company to take advantage of different cloud options as opposed to being bound to one, thus providing much more flexibility and the ability to pick and choose based on security, performance and cost. 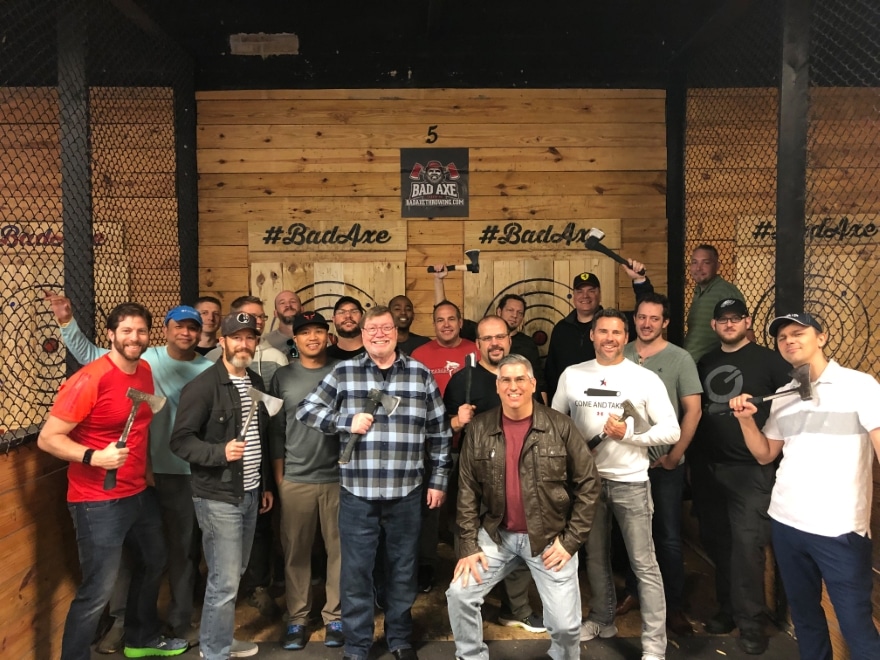 To further promote flexibility, they are coding in a way that is Microsoft-friendly, but not Microsoft-dependent, Glover explains. He and his team are working with Christian Horsdal, author of “Microservices in .NET Core” on that concept and practical application. He had interviewed more than a dozen companies to assist with the process and rejected them for what he called a “singular stack methodology and implementation strategy.”

Being tied to one cloud provider, he says, “dooms” a company’s flexibility to seamless transition to other providers and creates “unnecessary dependencies” in order to conduct business. Having the ability to safely and effectively transition to different cloud providers is great for competition and ensures that the company can safely operate, regardless of the changing conditions of the cloud industry, he notes.

Meanwhile, Glover says, there are numerous little projects that he is undertaking to keep Le-Vel on the cutting edge. This is always with a mind on easy access for customers and Le-Vel salespeople, “so that they’re having a great time with our platform and do not get frustrated.”

Experience on “both sides of the chasm”

Glover brings a unique and disciplined background to his role with Le-Vel. A military veteran with expertise in sonar operations, he spent more than a decade working aboard attack submarines.

“It’s an eye-opener moving from military to civilian life,” he says. “The eagerness to succeed in the military had a life dependency tag to it.”

But the concepts of team-building in a forward-thinking, mission-driven way is transferable, he adds. “There’s a wonderful balance to behold,” he says. “To have lived on both sides of that chasm is exciting. It brings a wonderful way of dealing with the team that I have built over the years.”

After the military, Glover spent several years working with “very mature” Fortune 50 and 500 companies, where he typically inherited already established teams. When the CTO position came up at Le-Vel, it presented the opportunity to rethink how IT teams function, he says, and to build the kind of team he envisioned.

He joined the company four years ago, and it’s his first foray into direct sales. What separates Le-Vel from other multi-level-marketing enterprises, he says, is that it has eliminated some of the “scary” practices of the industry—such as charging high entry fees for salespeople. With Le-Vel, everything is free. Promoters are readily equipped with tools such as “Le-Vel Tri-Core,” and are incentivized and rewarded not only with money, but fully-paid vacations and even cars.

“I love the fact that Le-Vel is trying to be the shiny city on the hill when it comes to direct sales,” Glover says.

This includes the company’s philanthropic endeavors. “Giving back is critical to Le-Vel and we donate annually to wonderful causes all the time,” he says. “Le-Vel takes it even one step further by creating a nutritional replacement product, ‘Nourish,’ to help feed starving children in countries around the world.”

In addition to instilling such vision, Glover strives to inspire. Noting the “significantly lopsided” nature of IT and a lack of skilled workers, he volunteers his time with industry leadership groups, including the CTO Round Table at the White House. For the last six years he has been chairman of the National Convergence Technology Center’s Business and Industry Leadership Team. 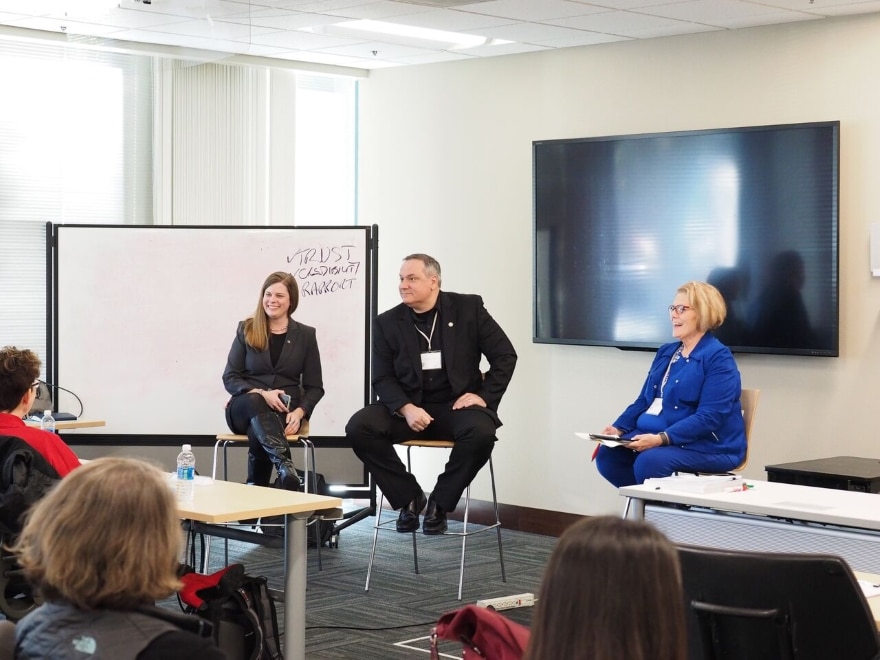 In partnership with Collin College in Texas, the Center was established to meet growing needs for convergence technology and network specialists, and it helps to develop college curriculum to foster students who are workforce ready—not just graduating equipped with theories and technical ways of thinking.

“The goal is to get them equipped to implement change and to stay abreast of change,” he says.

“You have to put people on a team who think differently than you do to help bridge gaps,” Glover says. “What are we missing as a country because folks with different backgrounds and ethnicities don’t think IT is the right career path? There are inventions out there that could never have been, that may never be, because we don’t have the right people in the right places, doing the right things at the right time.”