If there ever was a need for hands-on instruction, this is it.

Thousands of students attend the University of St. Augustine for Health Sciences to earn graduate degrees in speech language pathology and  occupational and physical therapy.

Yet even before the COVID-19 pandemic shut down those campuses this spring, Matt Moline, the executive director of information technology, was paving the way for the subjects to be taught virtually. 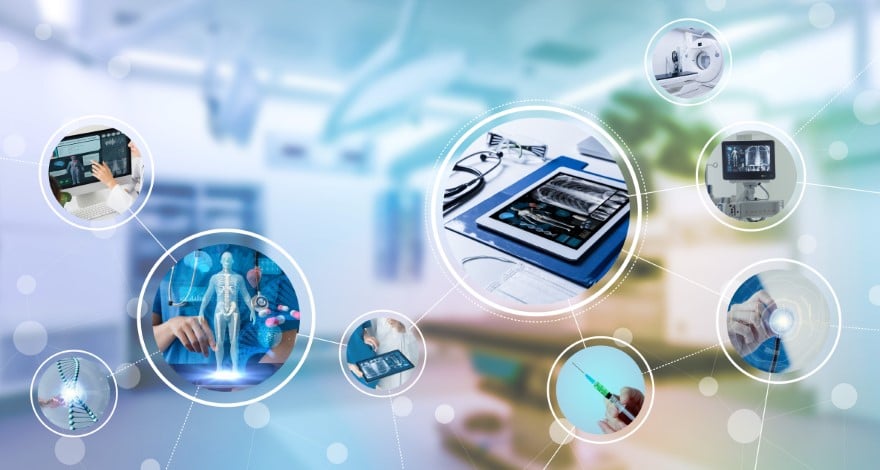 “The foundation of the university and its reputation was built on revolutionary manual therapy techniques that our founder, Dr. Stanley V. Paris, and others introduced,” Moline says. “It’s been a challenge from a pedagogical standpoint to shift the very physical learning environments to online learning due to the success we have had in that setting. You want to see it demonstrated. You want to feel it demonstrated on you.”

Not only have online courses and simulated labs made it possible to earn a degree while studying from home, the tech now in place made the pandemic-based requirement for complete virtual learning easier.

“I’ve been waking up at 6 a.m. each day and there are already fires burning out of control,” he says. “And yet our productivity and impact have been significantly increased during this time.”

Hands on … a keyboard

Founded in 1979 by Paris as the Institute for Physical Therapy, USAHS offers graduate degrees in nursing as well as the therapies. Classes are now offered at five campuses, including the original one in St. Augustine, Florida. 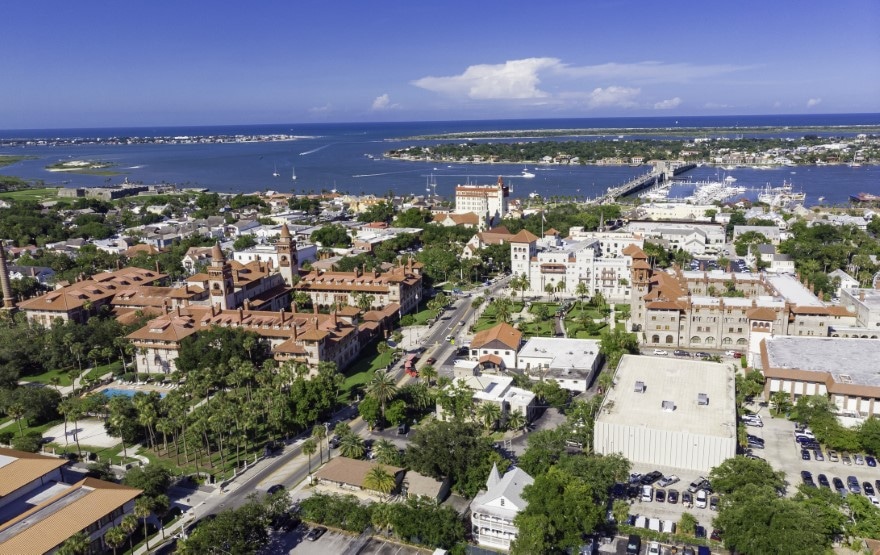 The transformation to virtual learning is so successful, he says, that there are now more students (5,000) studying completely online than ever before.

Still, USAHS has burgeoned from its main campus by adding ones in Miami, Dallas, Austin, Texas, and San Marcos, California, where Moline is based. The school’s programs run either from Monday through Friday, or for those already working in the field, from Friday through Sunday.

But by mid-March, the school had closed its campuses for both the ongoing semester and the summer term scheduled to start May 11.

“In terms of figuring out how to shift, it was not so much about the technology as the people,” Moline says. “We have to support faculty that have had their worlds really thrown askew. Some have been teaching classes for five, 10 or 15 years, they go into the same classroom and have things to demonstrate.”

Moline and his team have shipped laptops, monitors and other equipment to faculty while also training them in Blackboard Collaborate, Zoom, RingCentral Meetings and Microsoft Teams for teaching and meeting. 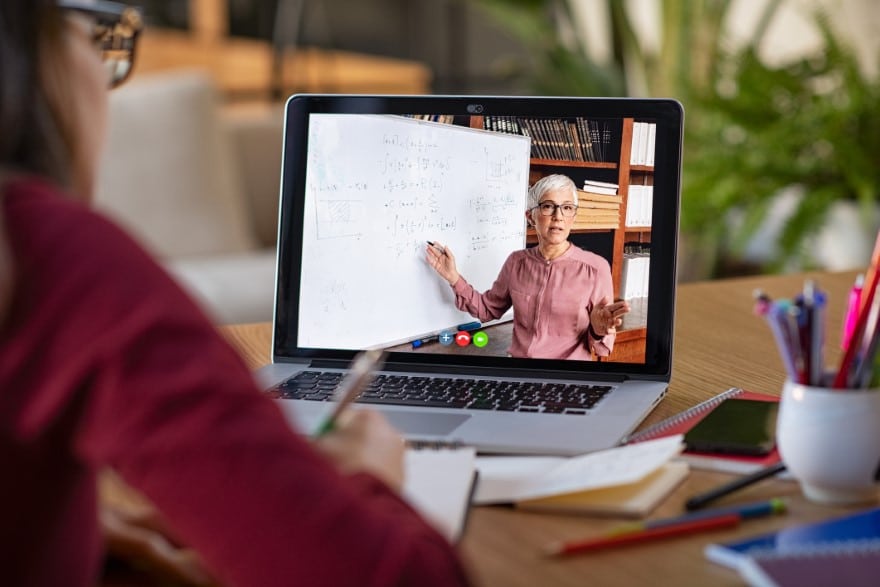 The same training was provided to some tutors, but Moline says students by and large were already equipped to make the virtual transition for learning.

“We’ve seen students spending so much of their lives in a digital space that they’re already comfortable,” he says.

Even so, for those who relied on cell phones or tablets, Moline says the school is evaluating Chromebooks with managed content, as well as online proctors or AI to monitor exams.

The total transformation from classroom to virtual learning was unanticipated at the beginning of the year, but 2020 was bound to be a year when USAHS made tech strides anyway, Moline says.

“We’re basically re-engineering the CRM (customer relationship management) and marketing systems to be more responsive to queries and potential students,” he explains. “We also need to deliver admissions decisions faster without disrupting the quality of who is accepted.”

The current system is about four and a half years old and does not quite fit the needs in terms of marketing outreach and CRM, Moline says. 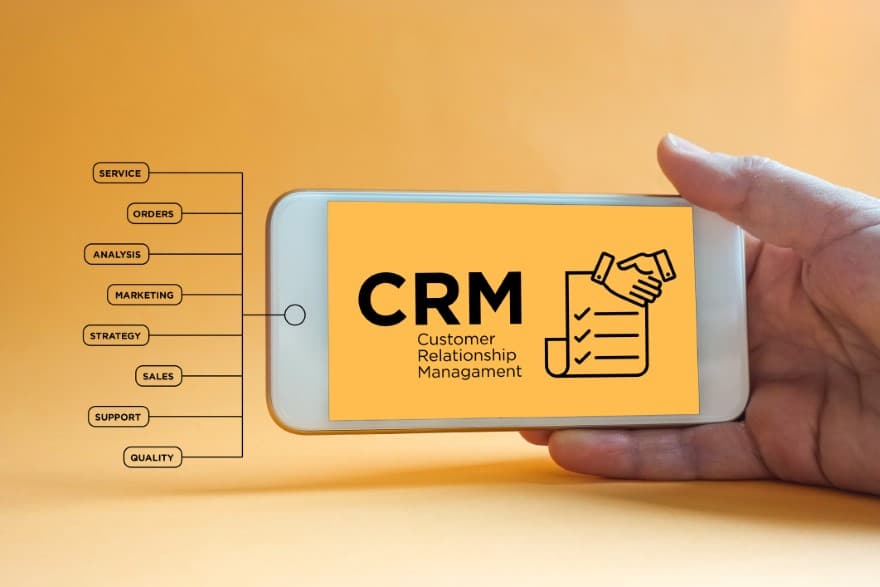 While doubling down on its use of Jenzabar’s platforms to store and analyze student information, the school will continue to use Salesforce and DemandBlue for analytics while adding Marketo for marketing and Workato as an integration platform, Moline says.

“We called it the Yankee Stadium project, because it’s built next door to old system and we’ll be migrating everything to it, then tearing down that old system,” he says.

But like so much else at school, the pandemic may change the plans, Moline concedes. The tear down and rebuild could become more of a renovation as the school looks at how to integrate those capabilities into its existing system.

Whether driving a rebuild or a renovation, change is a constant factor in Moline’s career.

“I’ve been working in challenging and changing environments and implementing innovative solutions to support overall transformation of businesses to be successful,” he says. “I’ve been contributing to success coming out of that change, that’s where I see my value add coming to my employers.”

Yet Moline was not sure a career in IT was what he wanted even though he proved very adept at programming in classes he took before he was a teenager.

Born outside Washington, D.C., in northern Virginia, he and his family moved frequently, and Moline also developed a strong interest in music as a singer and bass player. 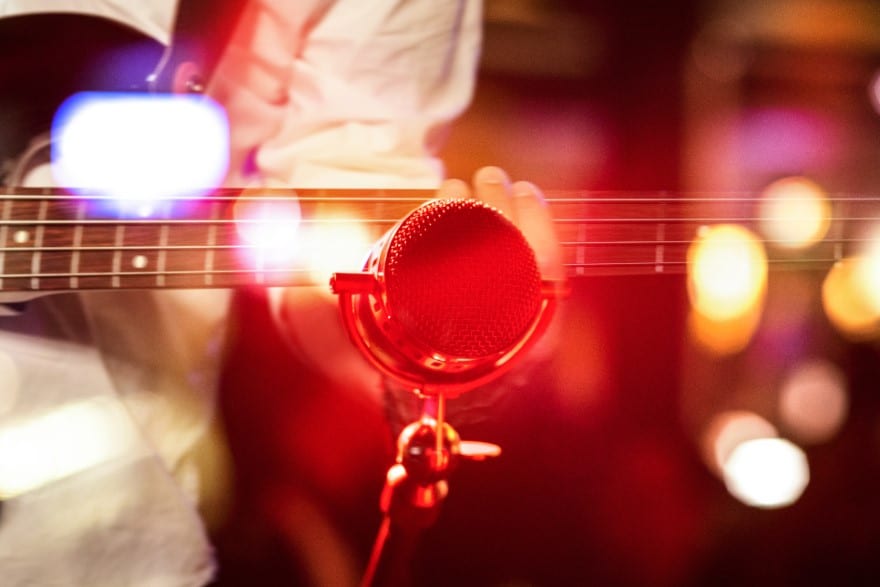 He served in the U.S. Army in Germany as the Berlin Wall came down and as East and West Germany unified.

After his military service, Moline headed for New York, earning a bachelor’s in economics from Columbia University and then an MBA from New York University.

His passion for music continued—he took part in a battle of the bands between NYU faculty and students, and of late he’s been interested in getting one of his band’s back together for a telejam, he says.

His tech career began in 2000 at Career Group Inc. and he also directed IT at Autism Speaks, St. Vincent Health and World Business Lenders before joining USAHS in 2017.

Ultimately, it’s not so much the tech he finds alluring in his career as developing teams and the value-add their skills can bring.

“It wasn’t until I started managing teams and stopped focusing on technology itself that I really got interested,” Moline says. “I can feel like I’m truly impacting the business because I can help people do their jobs more efficiently and comfortably.”