Top of its class ed tech

It was time for a change. Matt Penner was looking to leave the grind of consulting for something much more fulfilling.

And while casting about for prospects, the IT expert interviewed—and in the same week, no less—with two vastly different enterprises: a large casino, and Perris California’s Val Verde Unified School District. It was then, he says, that he realized how important it was to support a positive, value-driven mission. 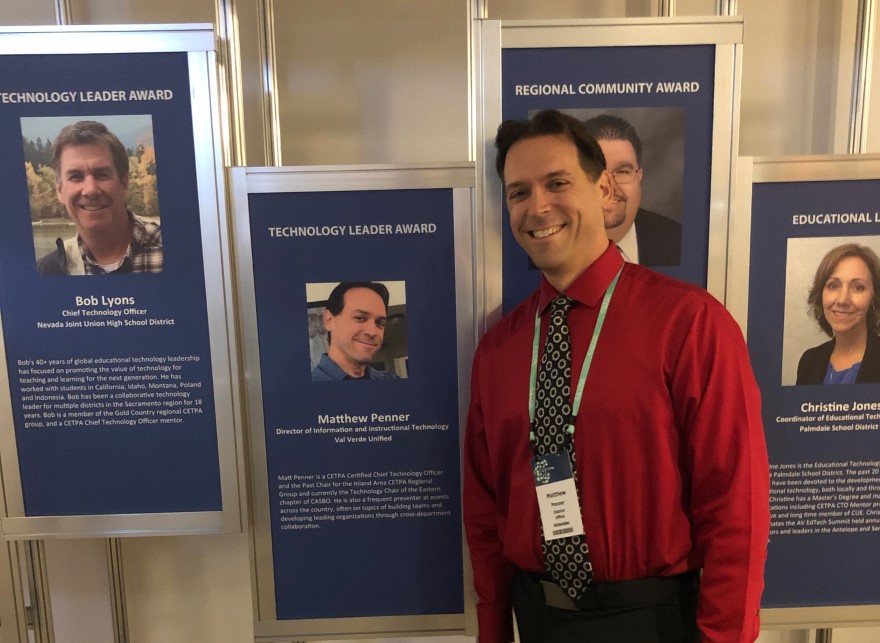 That was in 2006, and he had no education technology experience. Now? Having spearheaded numerous tech initiatives, the director of IT has set Val Verde on the cutting edge when it comes to digital concepts, capabilities—and, ultimately, student experience.

“I’ve worked for a lot of terrible tech departments where they couldn’t care less about their users,” says Penner. “But this simply isn’t an option in the education space. I’m always focused on the end user—in this case students and teachers.”

Ahead of the digital, educational curve

Comprising 21 schools and 20,000 students in Perris, Val Verde was one of the first districts in Southern California to be digitalized—a feat conceptualized and realized by Penner.

When iPads first began appearing in 2012, he and district leadership secured funds to get them into the hands of principals and teachers, he explains. Shortly thereafter, Chromebooks hit the market, providing a much less expensive opportunity to roll out devices to students district-wide. 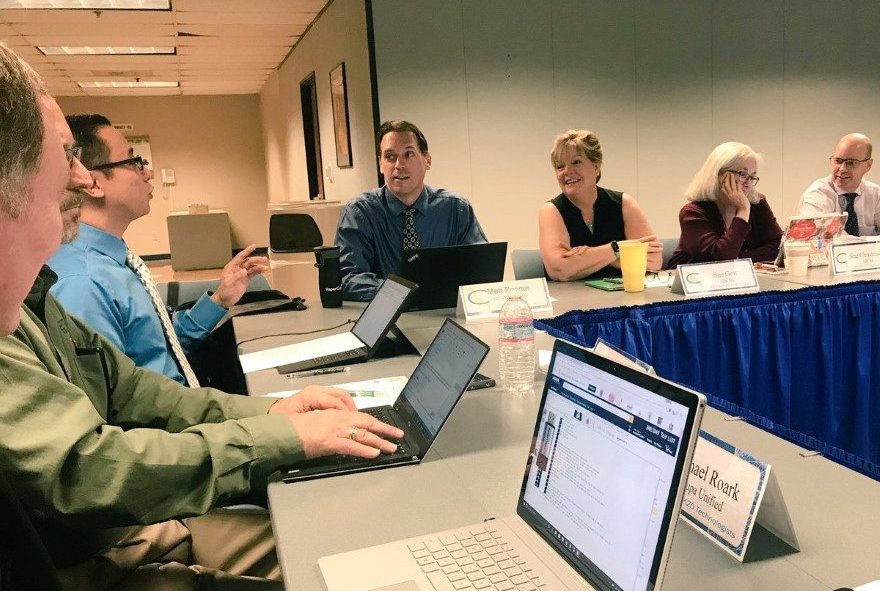 Over the course of four years, Penner and the district leadership implemented a 1:1 Chromebook initiative—it was officially completed in 2017—and the “next natural step” was sending these devices home with kids, he adds.

While some educators and parents were wary of this concept, and it was a culture shock for some families, simply having a device in the classroom wasn’t enough, he says—particularly in an increasingly digitalized world (further thrust upon us by COVID-19).

“The education, and the school day, don’t have to end when students leave the classroom,” Penner says. 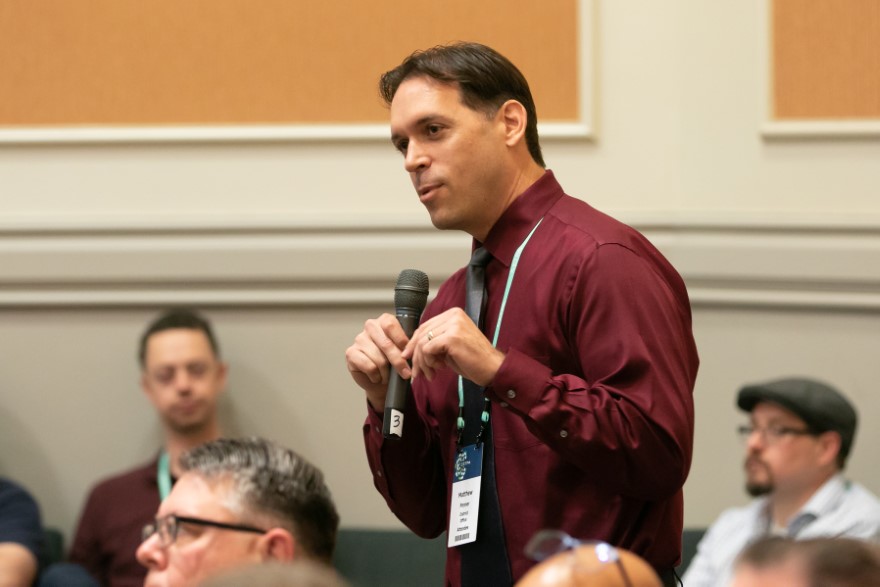 Now, as soon as a student registers with the district, they are given a Chromebook, and within 24 hours are completely automated and synced with the district’s online learning capabilities. Likewise, to help ease the transition for families, Val Verde has held programs to help teach parents about Chromebooks, how to use them, and how to monitor their child’s internet safety.

And while adoption has been successful, Penner doesn’t take all the credit. “This wasn’t a Matt thing,” he says. “We all thought it was important that kids have their own devices, and devices that they could take home.”

Prepared for the worst

Furthermore, when COVID-19 hit the states earlier this year, the well-established program greatly influenced the district’s efficiency, Penner points out. With students and teachers already having devices and online learning capabilities in place, Val Verde was able to quickly shift to distance learning entirely online. 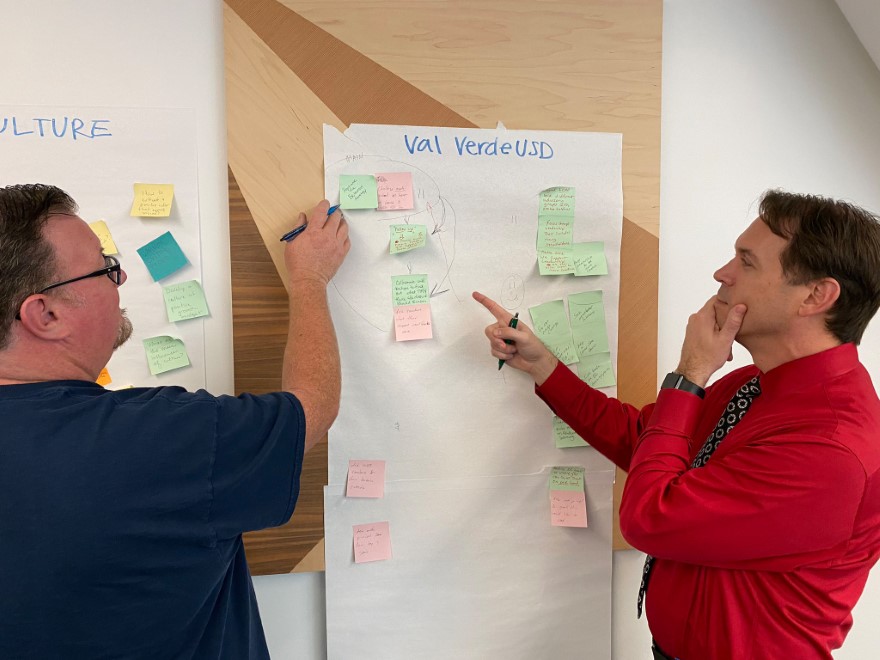 By far, one of the biggest challenges of the pandemic shutdown, though, has been accessibility. Cell and internet companies don’t cover the entire district, Penner notes, so some students simply don’t have internet at home. In fact, he points out, 5 percent of Val Verde’s students never logged in throughout the shutdown.

To help close this divide, the district does supply mobile hotspots—but Penner calls those ultimately just a “band-aid.” His long-term goal is building a dedicated broadband network.

During the summer leading up to the start of school in August, the district planned several reopening scenarios, having assembled a task force of educators, parents and community leaders that meets regularly. Distance learning will continue until at least October 30, at which point Val Verde will assess COVID-19 cases and receive input from the Department of Education. The plan is to eventually move to a blended or hybrid learning model, Penner explains.

But because the district had already done so much around 1:1 and distance learning, “we had overcome so many cultural hurdles that so many districts have been facing,” he says. “I think getting 20,000 kids on wireless at the same time is pretty amazing.”

IT as a value-add

Speaking of amazing, Penner was enthralled by technology beginning in kindergarten—when he encountered his first computer, he says. He started working in retail software as a teenager, then studied computer engineering and software development.

Prior to joining Val Verde in 2006—starting as a software developer, then moving up to director of IT in 2012—he spent time at Microsoft and with the Orange County Sheriff’s Department. Now, beyond his primary work around COVID-19-related matters and virtual learning, his next big project on the horizon is moving all files, servers and business tools to the cloud, he says. 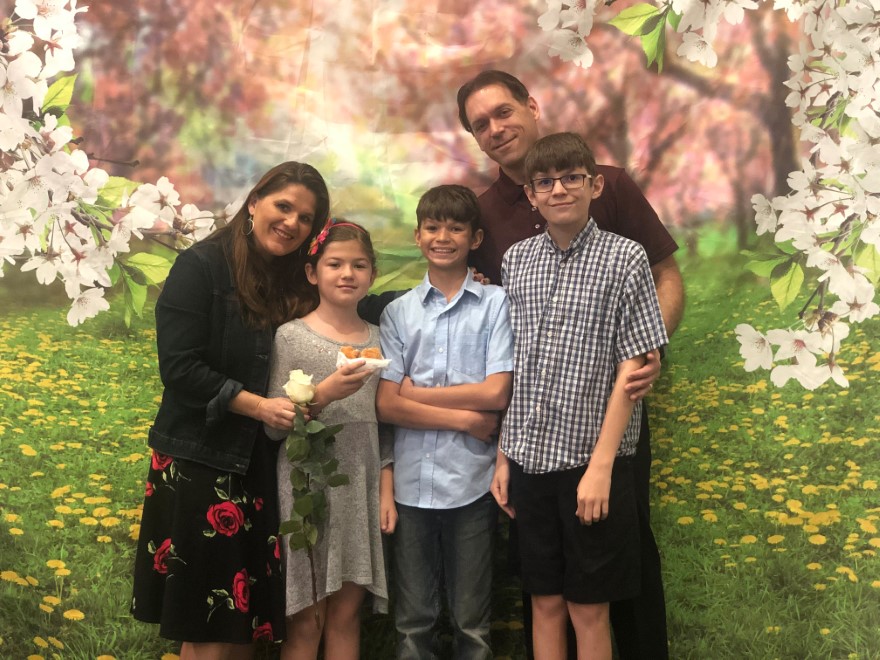 He also points out that the IT department has doubled in size over the last half-dozen years, and, while previously in the red, now has a $3 million budget. This reflects his mission of being “the epitome of quality and service,” he says. Also, it is essential to help people understand the role and the value of IT, he adds—it is not just a department you call and yell at when something breaks down.

“If no one knows what you do, that’s the quickest way to get fired,” Penner says. “We want to be the ones that people want to call.” 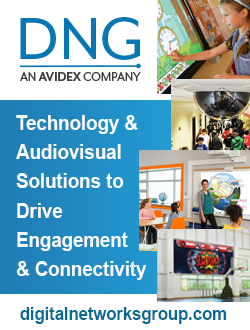