Keeping the propane pumping with tech 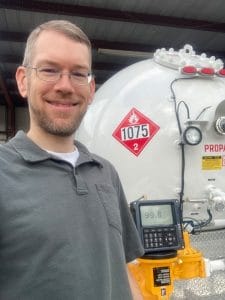 Ask any toddler what they want to do when they grow up and there’s a good chance their answer involves driving a truck, whether as a fire fighter, garbage collector or member of the military. For Matthew Holt, those dreams came true in a way. As director of information technology for Herring Gas Company, he’s not a driver, but work is all about trucks.

“We’re constantly updating our trucks and the software the drivers use, so I ride with the drivers, talk to them and get a feel for things that might help them,” Holt tells Toggle on a cool autumn day in Mississippi.

With nearly 70 trucks delivering propane across the southern half of Mississippi and part of Louisiana, continually updating driver software is a way to keep operations running smoothly—and keep Holt connected without having to physically be in the vehicles. But the software does more than make things easier for Holt, the IT team and Herring Gas drivers and dispatchers.

“Our customers need information quickly about their accounts and their services, and the new software can provide that and helps customer service reps help our customers,” Holt says. “And that type of information can be a differentiator in the marketplace.”

Holt came to Herring Gas in 2007, and this is the second truck software system he’s implemented. When he arrived, the drivers were using the original Nintendo-sized cartridges with screens that had only one line of text, severely limiting the amount of information that driver had at their disposable.

In 2009, Holt made some improvements, but the drivers were still taking USB sticks into the home office for updates, and dispatchers were only using telephones to contact drivers. It led to unnecessary back-and-forth, and some delivery zones have poor cellular coverage.

“With this new system, delivery information is updated nearly immediately,” Holt says. “It’s a game-changer for our drivers and our customers.”

The solution, from Gas Equipment and BASE Engineering, uses cellular internet to communicate with the office about deliveries and other matters. Updates are provided over the air, Holt says, meaning the drivers’ tablets are constantly synced and updated. Like any software, there can be bugs, like one uncovered during the fall. However, the vendor discovered it and fixed it and updated each trucks’ system within 24 hours.

“With the old system, I’d have to go to all our trucks and update each device individually,” Holt says. 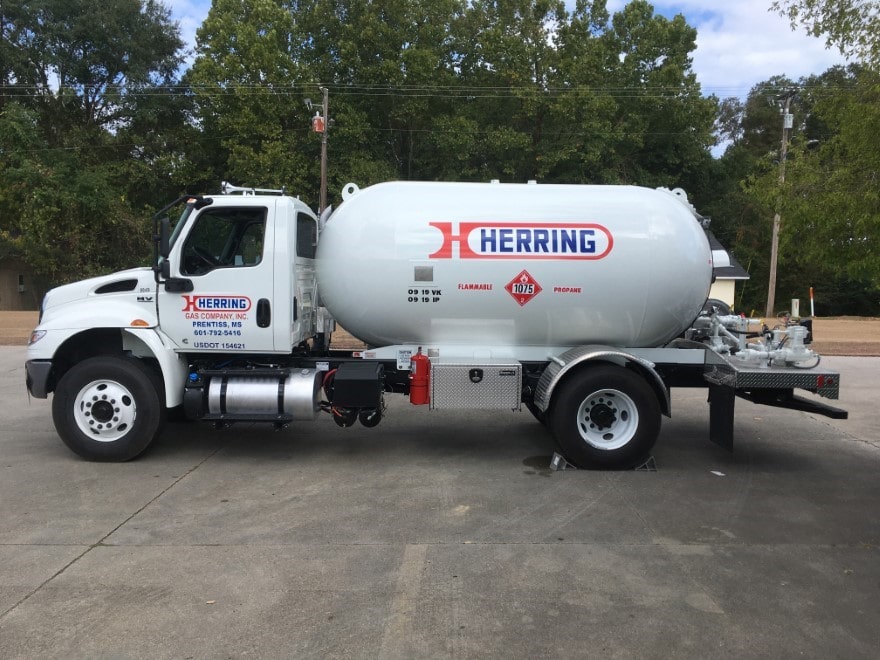 Holt admits that changing technology can be a challenge for a company that has multiple generations of users and drivers. New customers—and drivers—in their 20s and 30s use technology different than customers and drivers in their 60s and 70s, he says.

“We want our services and technology to be easy enough for a grandmother while also feeling current and modern for the younger, tech-savvy user,” Holt says. “My goal is that our systems are easy for anyone to use.”

Whether it’s installing new tablets or improving the way drivers communicate with the home office, Holt says it’s his job to alleviate “pain points,” or those things that make the work difficult for Herring Gas employees.

For instance, when Holt was riding with drivers, he noticed how often they’d climb in and out of the propane trucks. If the drivers, on average, make 30 stops per day, that’s between 60 and 90 times going in and out of the vehicle. 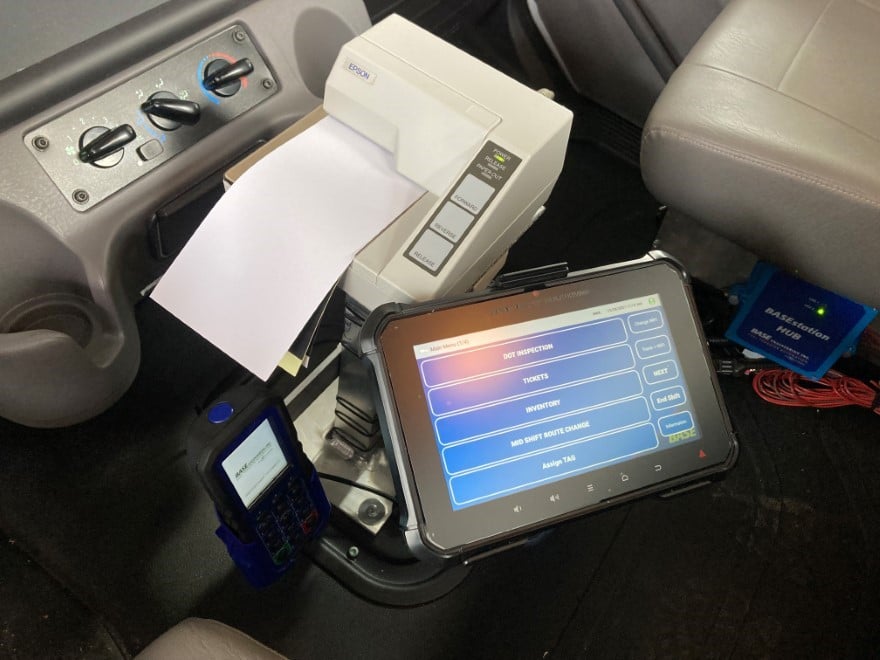 “We’ve come up with a solution that cuts that number by more than half, which is saving a lot of wear and tear on the drivers’ knees,” Holt says.

The new driver technology system includes a handheld device that the driver takes with them when they leave the truck. Gone are the days of going back and forth to input data or retrieve information. “When I can identify a pain point, even a physical one, that someone is experiencing and either reduce or eliminate it, that’s the most rewarding part of the job,” Holt says.

A love of computers

Holt has fond memories of computers while growing up in Pennsylvania. His grandfather had a green-screened computer in the early 1980s, and his parents bought a family computer before Microsoft Windows that ran on a DOS platform and a 40-megabyte hard drive. He says he enjoyed tinkering with the machine.

“I tried to free up space on the hard drive and deleted the entire operating system, so the computer didn’t work,” Holt recalls, noting that his parents didn’t seem bothered that they needed to spend money on a computer repair service. 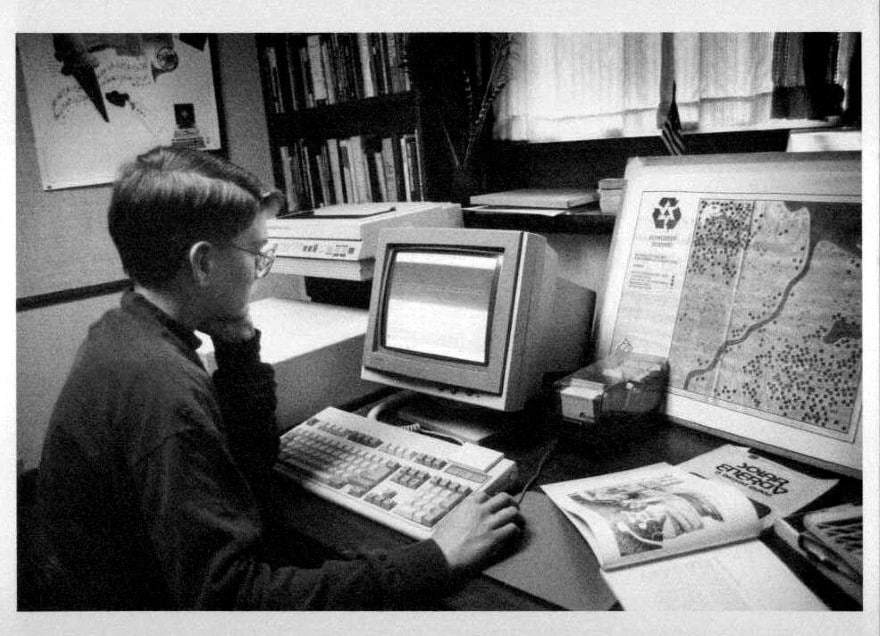 When he finished high school in 1996, the internet was starting to come of age. One of the first things Holt did while working at the Institute in Basic Life Principles, or IBLP, in Illinois, was support the launch of Windows 95, and it was a “big deal,” he says.

Holt stayed at IBLP as IT director until September 2007, when he had the opportunity to take the director of IT position at Herring Gas in Mississippi.

While someone in his position certainly appreciates the continued advancements in technology and how they make life easier in many ways, Holt says part of him craves for simpler times where refrigerators weren’t connected devices communicating with thermostats and telephones.

“Sometimes I just love gardening, pulling weeds with a shovel and a hoe, and working with my hands,” Holt says. 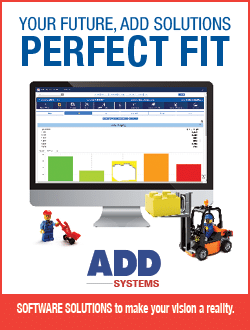 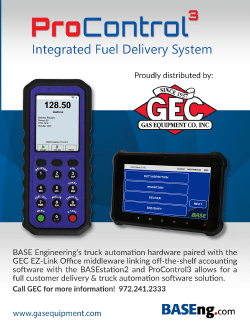