The first to respond in any emergency

He anticipates a trend, the outsourcing of data protection that his employer is well-positioned to assume on behalf of corporate clientele. For many companies, it’s a question of when, not if, they’ll be hacked, Matthew Ireland warns, and they may not even know about it for three to six months while the consequences accrue. 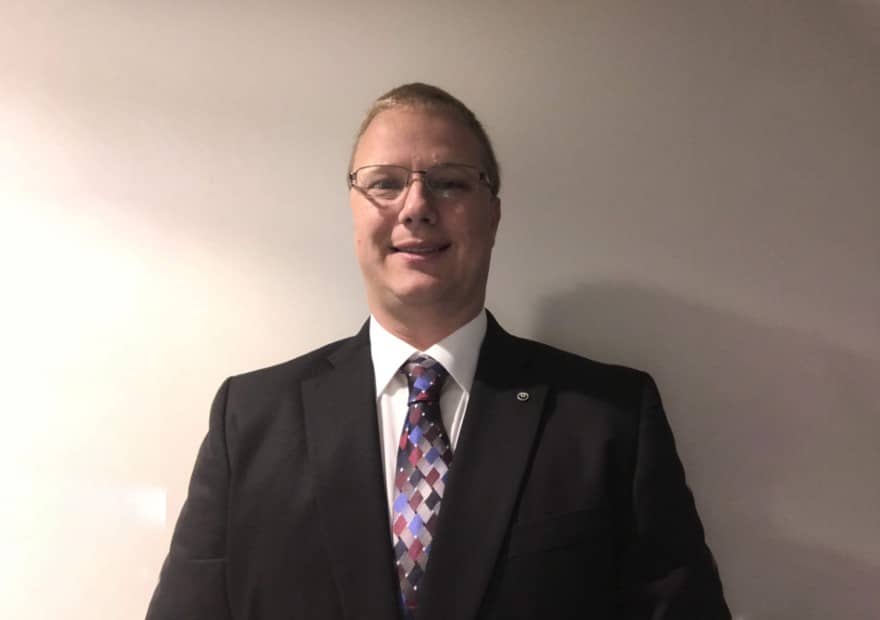 “We’re seeing a combination of things: the complexity of cybersecurity and the advancement of threat and the sophistication of the malicious actors,” he tells Toggle in January. “And this connected world that’s helping us get through the pandemic also is making it easier for the bad guys.”

Executive security strategist at NTT Security and CISO of its incubation arm, NTT Research, Ireland is also a first responder for his Iowa community. He’s all about overseeing safety, be it cyber or physical.

It’s both at NTT, where his role as CISO is part of the vCISO solution to help build a full lifecycle security and risk program. He’s also immersed in projects including oversight of the infotech security system being implemented at a new headquarters in Sunnyvale, California.

Efficiency under one roof

The goal is to consolidate NTT’s many West Coast offices in and around Silicon Valley, Ireland explains. From a legal standpoint, many of these companies are separate entities, some of which are merging since their products and services are either similar or complementary. It will be much more efficient, he says, when all companies are under the roof of a two-story, 44,000-square-foot building that NTT has leased and is retrofitting. 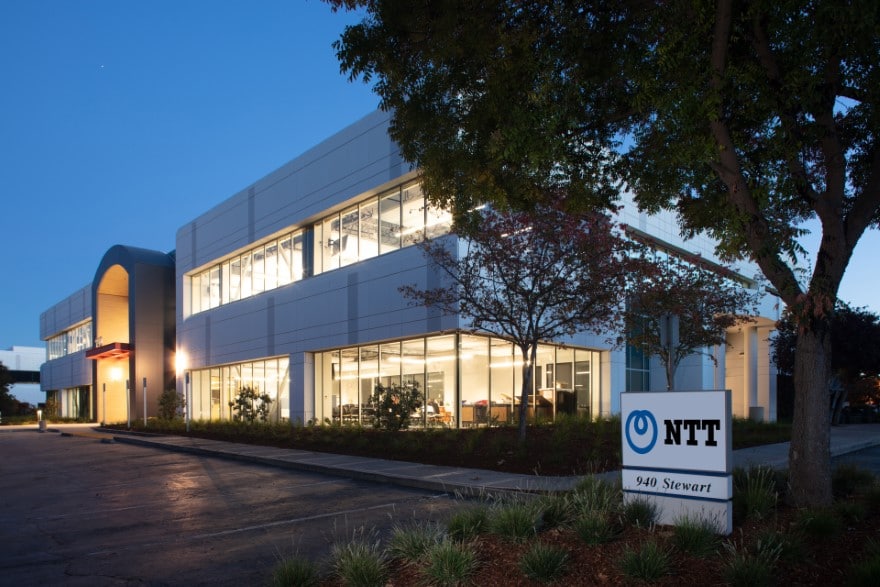 It’s been among Ireland’s most demanding assignments; the project having begun in October 2019 with the original completion slated for last June. That was delayed by COVID-19 and Ireland couldn’t visit the premises from April through August, though since September 2020 he’s been able to spend one week a month in Sunnyvale.

Local and state regulations have put constraints on how many workers can be present at any one time, but the connected world that increases cybersecurity risks has also enabled fewer delays in the supply chains, he notes. And some very complex supplies have gone into this futuristic facility whose power consumption should be equal to or even less than the solar energy generated on-site.

Ireland, whose resume includes an alphabet soup of professional certifications—CRISC, SFCP, CISSP among them—helped choose features like state-of-the-art window panes with an electrochromic coating and low-voltage wiring that adjusts tinting so natural light enters while glare and infrared radiation deflects. 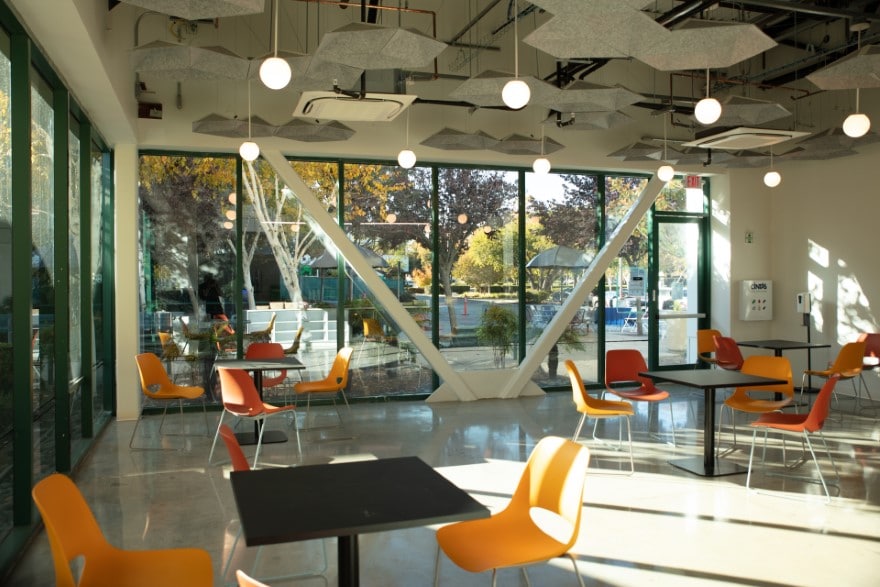 Each window even has its own IP address and can be used as a monitor. Many of the technologies are so new they present their own unique security challenges, says Ireland, who partners with NTT’s human resources division, collaborates with vendors and taps the expertise of the affiliated companies’ CISOs to stay ahead of the curve. When the new facility finally opens, likely later this year, he expects the procedures to be harmonized—the CCTV, badge access, firewalls and multiple management systems fine-tuned for all parties.

“The nice thing about my role is the collaborative relationships I’ve built with the other CISOs,” says Ireland, whose previous NTT duties have included being regional CISO for the Americas. “I knew the global security processes and the global security expectations. That’s made it much easier to get everything aligned.”

Resources at his disposal

As parts of the Japanese behemoth Nippon Telegraph and Telephone, NTT Research and NTT Security are under the umbrella of the world’s 67th largest company. Ireland joined NTT’s Omaha, Nebraska, operation in 2016, just before the creation of NTT Security, to fill a growing void for cybersecurity in the corporate world.

“I was part of the disruptive culture change necessary to create the security mindset of this new operation,” says Ireland, who added the NTT Research CISO position to his responsibilities in the fall of 2019. “As cyberthreats were increasing we saw a need for strategic thought leadership. Experienced ‘good-guy’ resources are, in short supply in this industry, and outsourcing with a great partner for cybersecurity can hedge your bets.” 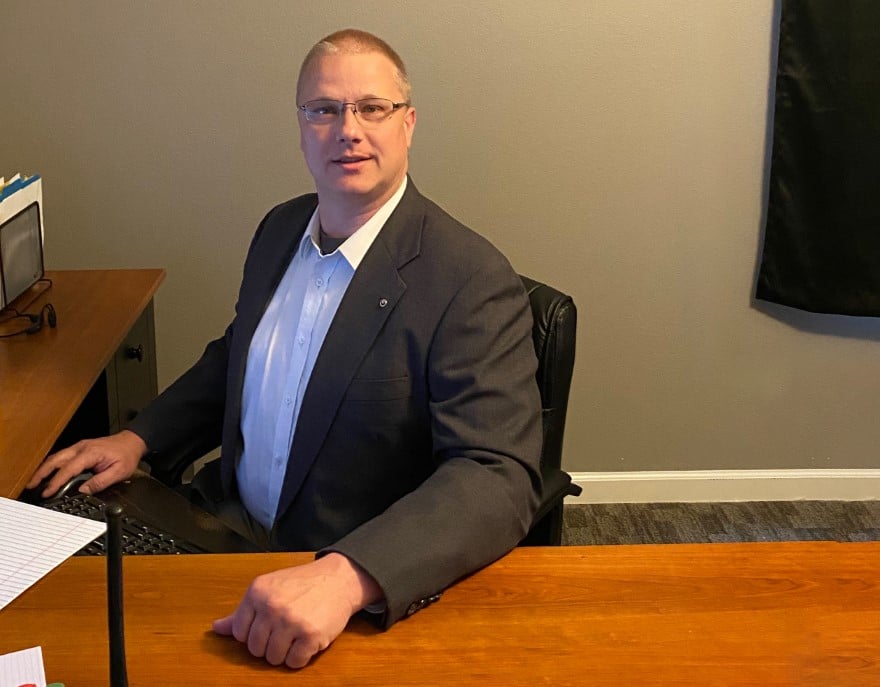 Evidence of that shortcoming abounds, a recent example being the hacking of SolarWinds. The Texas-based company sells software that lets an organization see what’s happening on its networks, but hackers inserted a malicious code that affected some 18,000 customers—yet another example of how cyberthreats evolve, Ireland says.

While Ireland keeps the NTT entities’ clientele confidential, it’s safe to say that included are Fortune 500 companies as well as other operations for whom cybersecurity is tantamount. Healthcare providers, insurance firms, big-box retailers and others harness NTT’s offerings that Ireland says are growing more sophisticated.

The NTT research and development lab in Tokyo has over 1,600 patents. The company has committed to bringing that know-how across the Pacific, with Ireland in a prime role. While NTT Research can be classified as a Silicon Valley startup, the skills behind it are anything but basic.

A 1994 Indian Hills Community College graduate with credentials in computer science and network technology, the 47-year-old father of three earned a B.S. in IT systems security from Capella University in 2013. He plied his skills in the business, financial, technological and insurance industries, and joined NTT after a short stint as director of information security at Solutionary Inc. in Omaha.

While Ireland says infotech has been his passion since high school, he’s been just as committed to first responder roles that he’s held since starting as a volunteer firefighter in 1992. For years he’s been juggling three roles: captain with the Adel Fire Department, and EMT and reserve deputy sheriff for Dallas County, Iowa. 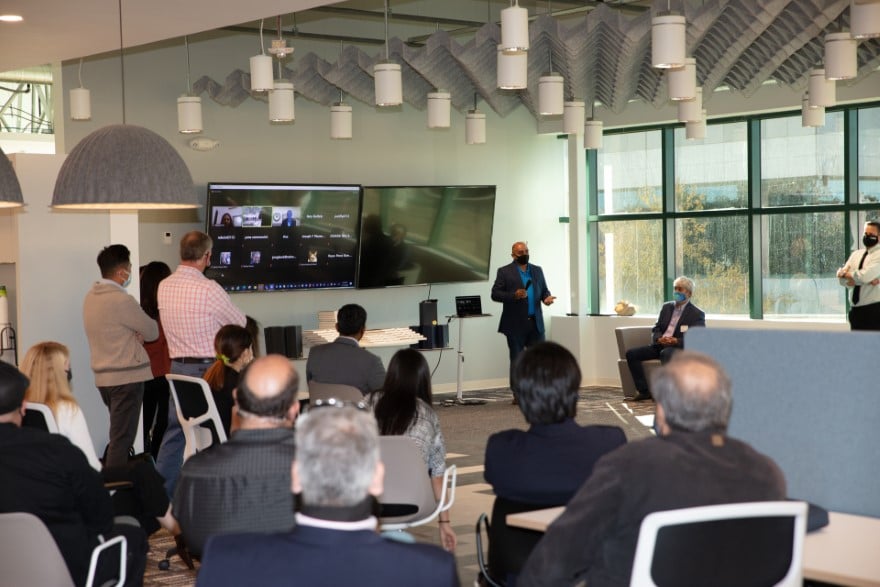 It’s always important to give back to one’s community, he emphasizes. Besides, one shouldn’t underestimate the value that first responder positions can bring to infotech, he says.

“While working with emergency management in Sunnyvale, I knew all the secret handshakes and spoke their language,” Ireland says with a laugh. “Besides, I’m an adrenaline junkie who enjoys chaos. It’s very rewarding to be part of an organization that’s changing the world.” 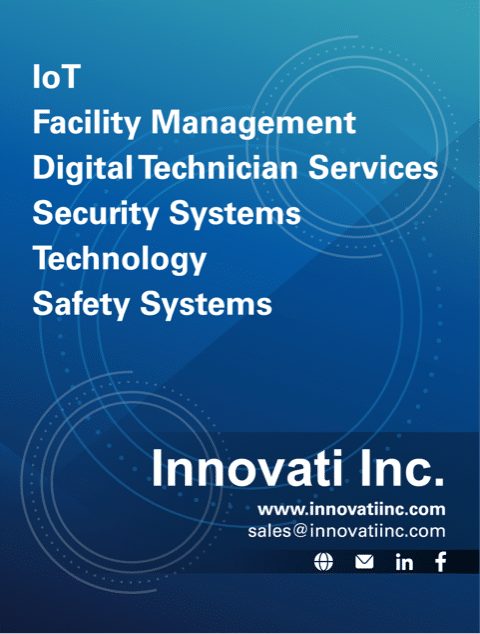 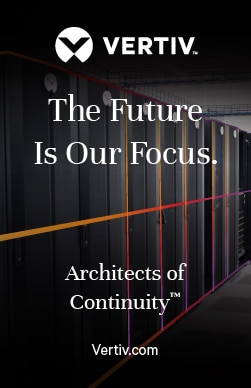