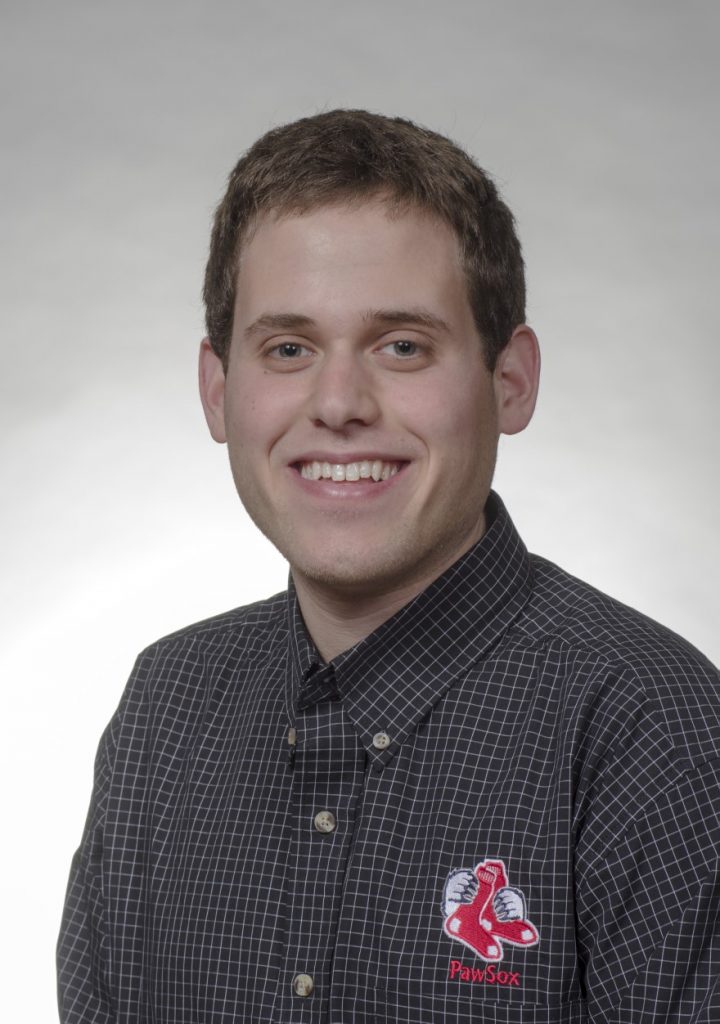 The team’s boss being a dedicated baseball man, he has a pet peeve about long lines at the concessions.

A fan’s attention should be on the field, Larry Lucchino makes clear as President/CEO Emeritus of the Boston Red Sox, and as the principal owner and chairman of its top minor league affiliate. Besides, it’s bad business to slowly accommodate those between-innings dashes for ballpark fare.

So that’s among the many procedures that young Matthew Levin intends to streamline this winter while technologically outfitting the 10,000-seat ballpark under construction for the Worcester Red Sox. Formerly based in Pawtucket, Rhode Island’s aging McCoy Stadium, the team affectionally known as the PawSox will become the WooSox at Polar Park.

“We believe that Polar Park represents the future of ballparks,” says the 28-year-old Levin, a former Boston University student and Red Sox infotech intern who, since 2012, has ascended to senior vice president as well as chief technology and financial officer of the Triple-A team. “This ballpark will raise the bar for all minor league teams. Old-style architecture with new technology.”

During the offseason, others will focus on the architecture while Levin is consumed with tech projects. The same “friction-less” shopping as at Amazon Go—no lines, no checkouts—is in his game plan.

You wouldn’t have found it at McCoy Stadium, which had been hosting minor league ball since 1946 and might finally meet the wrecking ball. Polar Park fashioned as cutting-edge, Levin has worked with San Francisco-based Standard Cognition Corp. in implementing checkout technology for food and souvenirs. 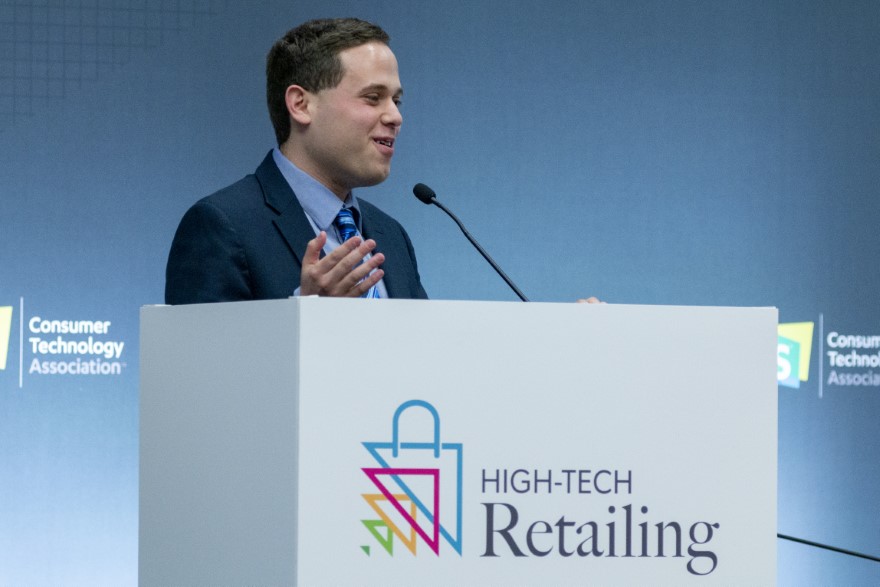 Standard Cognition leverages ceiling-mounted cameras and proprietary artificial intelligence and machine vision software to accurately associate each shopper with the items they pick up—without using facial recognition or any other biometrics. Fans have the option to pay via the Standard or Polar Park apps, or to pay with cash or a credit/debit card at a kiosk. They will also be able to order food from certain seats. Any item that’s sold out will disappear from the menu board.

“How frustrating it was for me to wait in line for a pretzel only to find it not there when I got to the counter,” the Chicago-born Levin laughingly recalls of his boyhood experiences at Wrigley Field.

Initially the elimination of point of sale was looked upon as a convenience, but now Levin thinks it could become a necessity, what with COVID-19 having so changed consumer habits. And while McCoy Stadium had no universal Wi-Fi, Levin has enlisted Extreme Networks to design wireless networks and Verizon to ensure coverage for all cellular carriers. Lest fans miss any action, they can catch the replay on multiple ANC video boards or access it via phone. 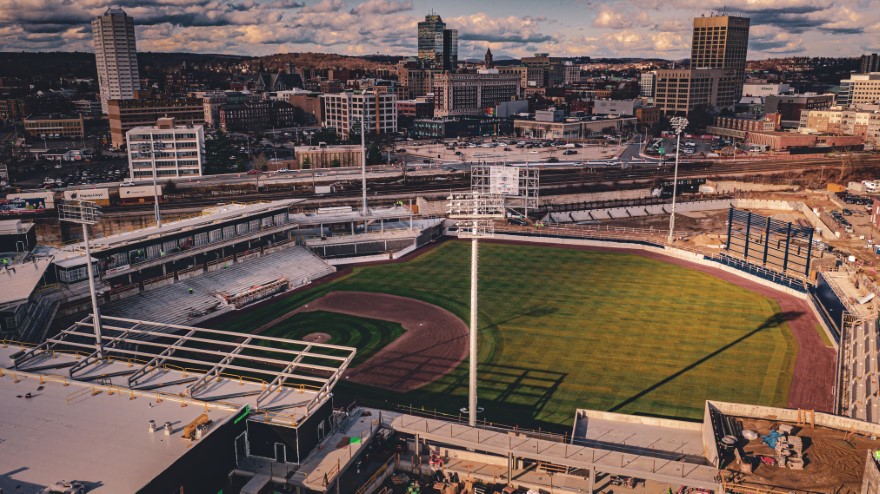 Other platforms aid in marketing the WooSox, Levin explaining that a Minnesota company prominent in college sports, FanMaker, has helped create a loyalty program and foster community ties through virtual town halls that have become the best way of reaching out during the pandemic. A partnership with Vertikal6 has also provided a 24/7 helpdesk for the staff and aided the migration to Office 365, which Levin deems a lifesaver, it enabling weekly staff meetings during the pandemic.

Though in terms of getting people to Polar Park, Levin can always give what might be the best reason, however non-tech it might be. “Every seat is a good one,” he assures. “All are within the skin of the infield.”

No delay of game

While the pandemic has thrown some curveballs at a most inopportune time—this being the WooSox launch—Levin notes there haven’t been any furloughs or layoffs of full-time workers. There have been slight delays in construction, but Lucchino, having led the building of ballparks for the Baltimore Orioles and San Diego Padres, while saving venerable Fenway Park during his previous team presidencies, has found ways to push the project forward. 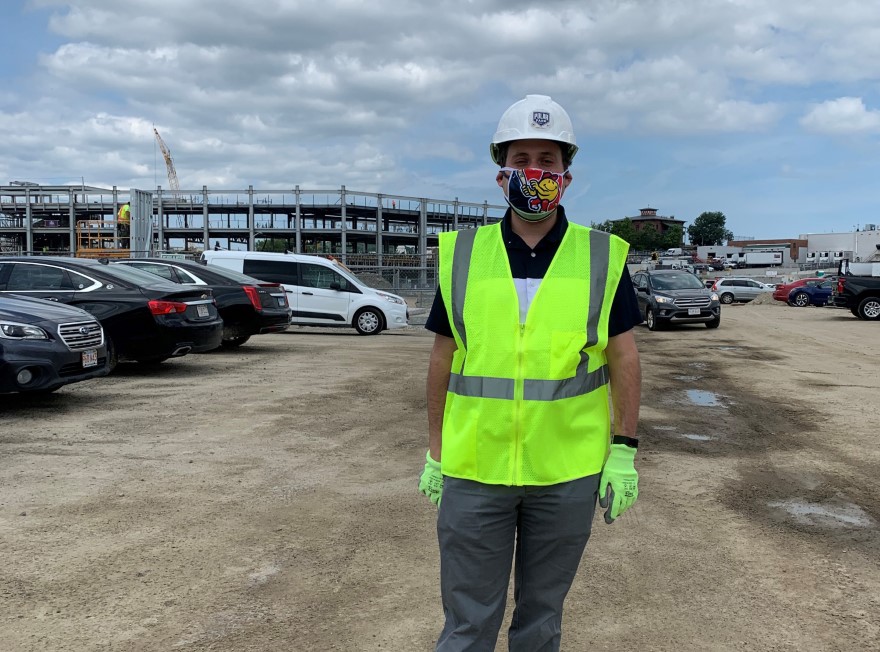 Levin, of course, aids Lucchino’s cause, and not just with his tech savvy. A Boston University accounting and management information systems double-major with a master’s in human resources from New York University, he’s looking to move up the baseball ladder, but like any minor leaguer must first distinguish himself at the lower levels.

Comparisons would seem to arise with a couple of former Red Sox general managers, Dan Duquette and Theo Epstein, neither of whom played professionally but earned their way up the ranks. Like them, Levin knew where he wanted to be at a young age.

“When my older sisters were visiting colleges in Boston, I went along and saw the BU business school [Questrom School of Business],” he recalls. “I was just 12, but knew it was where I wanted to be, the school being so close to Fenway Park.”

At BU, he oversaw Terrier Rewards in which students earn points for attending varsity games. He applied for internships at all 30 Major League Baseball teams, hoping for the Red Sox. When the team hired The Weather Channel’s Brian Shield as vice president of infotech, he brought in Levin as an intern for IT and business applications in 2012, and he was there to enjoy the World Series triumph the following year. 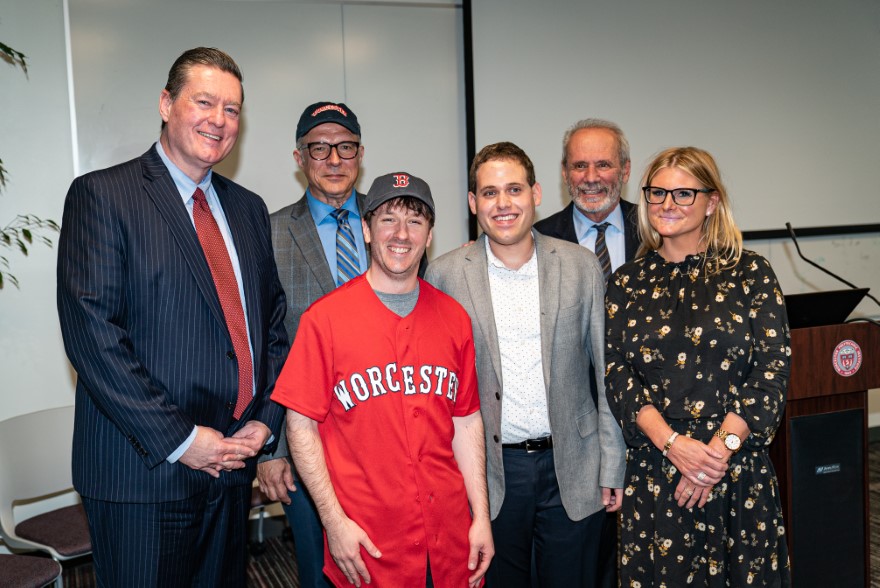 It’s been a whirlwind, Levin says of his baseball life that in 2013 also had him overseeing IT for the Australian Baseball League. He’s handled an array of roles for the PawSox and the Red Sox, and now focuses full-time on the WooSox where there’s no looking back at McCoy. Even the PawSox’s beloved polar bear logo has given way to a slugging Smiley Face—that iconic yellow and black figure having been invented in Worcester.

Levin is told of an old hockey player saying the worst job in hockey beats the best job outside it, and the same could apply to baseball—especially in the Boston area. He doesn’t disagree.

“But I’ve had some of the best jobs in baseball,” he says, maybe arousing some envy from his interviewer. 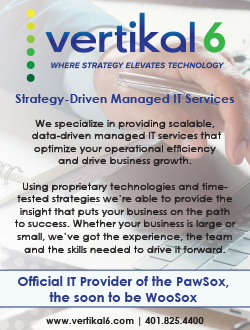