Leadership from 4-H to Industry 4.0

It’s a simple enough goal Michael Loggins espouses in his role as info-tech director at SMC Corp. of America, the U.S. division of the Japanese heavyweight for pneumatic control engineering in support of industrial automation.

“Our job is to make people awesome,” the personable Loggins tells Toggle in February, several months after commencing a project intent on providing the means to do just that at company headquarters in Noblesville, Indiana, as well as at the other locales.

For Loggins is among those who speak of the Industry 4.0 concept, also known as the Fourth Industrial Revolution that succeeds the previous ones of mechanization, mass production and computerized automation. This latest can be said to expand on the third with such advances as cyber-physical systems, the Internet of Things, cloud computing and cognitive computing—all of which would seem capable of giving people the means to indeed be awesome. 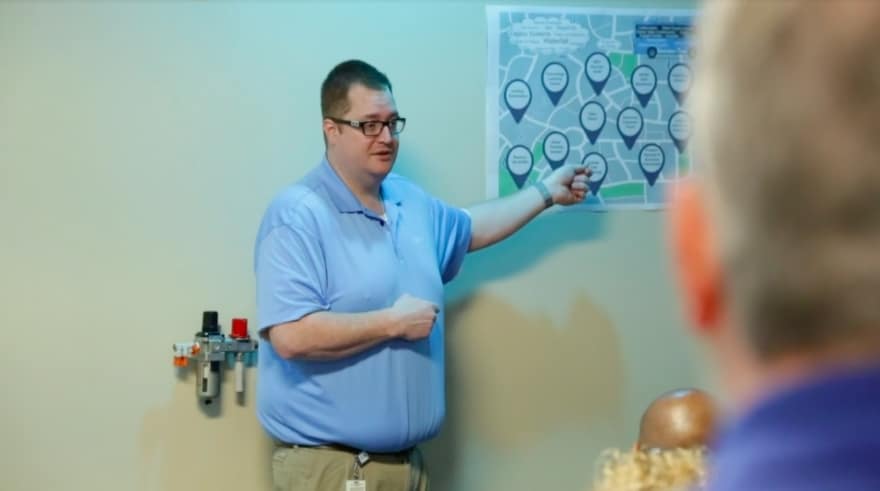 At a company as cutting-edge in high-tech, SMC Corp. of America’s use of such high-tech tools would seem par for the course. Only Loggins didn’t perceive that to be the case when he came aboard as an IT manager in 2006. Not with legacy systems and what seemed to be disunity among departments.

Having studied leadership strategy since his days as a teen 4-H leader in the Hoosier State—more on that later—Loggins sensed a gulf of sorts between IT and the rest of the operation. Hence a few years of assessing the needs and then undertaking a strategic partnership this past October that shows the early progress of in-house integration.

“What we launched was a shift in IT mindset,” explains Loggins, who ascended to department head in 2012. “There had been too many breakdowns in conversation between the IT and the business, which isn’t really that unusual anywhere.”

And while IT was delivering value to the overall operation, Loggins says it lacked a clear understanding of the technological role. IT had been working fast, but too often spinning its wheels. It had to find a way to deliver the most value. To work smarter. 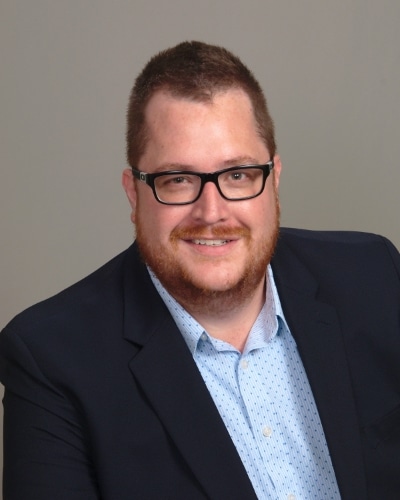 Not having all the solutions, Loggins looked to nearby Indianapolis where a firm known as Project Brilliant had been distinguishing itself in what’s referred to as Agile training and coaching. It emphasizes the human as well as technological resources in the rapid and flexible response a modern company needs to thrive on all fronts.

The engagement kicked off with the outside firm facilitating the SMC Corp. of America leadership team through a so-called Transformation Canvas in which Project Brilliant guided the company through development of its Agile vision and timetable for organizational change.

Then came the Agile Assessment that allowed Project Brilliant to gauge a transformational starting point as it related to the vision created by its partner’s leadership team. Finally, Project Brilliant used Agile principles to iterate with the SMC Corp. of America executive team its approach to transformation, ensuring that all issues of organizational change management had been addressed.

Follow-up would include the implementation of software enabling more collaboration among the company’s teams as well as its clients in the automotive, life sciences, semiconductor, machine tool and food-beverage-brewing industries. The more immediate result, however, has been a better integration of the in-house functions and enhanced ability to serve customers.

“Whether it’s a business unit here or our customers or vendors, everyone’s now reclassified as a partner,” Loggins says. “I’ve seen the change in how the business lines are now working with us.”

All hands on deck

In charge of an IT team of 72, with half in the United States and half overseas, there’s a need to loop all of them into the system, logistics notwithstanding. He’s separated those folks into four teams—infrastructure, applications, systems, cybersecurity—while ensuring that nobody is more than one literal or virtual hop away.

“We’ve got an organizational structure as flat as possible,” he says. “No unnecessary buffers between my staffers and myself.”

He also found time last year to complete the MIT Sloan Executive Education’s eight-week online course on digital transformation, which had him interacting with technological thought leaders worldwide and spawning ideas on how SMC Corp. of America could further commoditize and monetize its operations. The certificate is just the latest among Loggins’ academic credentials including a 2015 BS in IT security from Western Governors University.

But the 41-year-old Loggins reminds that some of his most valuable lessons didn’t come from a classroom. He recalls being a high school freshman with no sense of real belonging until finding role models at 4-H retreats.

“I had never been so exposed to leadership,” Loggins says. “Here I learned to walk the walk and how getting things done wasn’t about being a lone wolf but having a strong pack.”

A job as groundskeeper for a church would solidify that newfound conviction, with Loggins not needing a supervisor to write down the tasks at hand. He’d show up after school and lead the other kids under his wing by example.

Such discipline would serve him well as he pursued his education and his early professional life—at Onex and then with IT consulting firms that had him working crazy hours—while juggling a home life that included two special-needs children. Thus, how attractive the offer to join SMC Corp. of America.

“I was able to go from 80 hours to 45 hours, and how it calmed my head,” he says. “I thought I’d do it for six months and then revaluate my career, but those six months have turned into almost 13 years.”

Rewarding years too, Loggins says. All the more so with the Agile approach better positioning SMC Corp. of America’s IT team to be a full partner in the growth of a global organization that supports customers in every industrialized country. 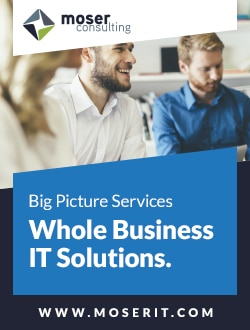