Ten years ago, the two most important tools in recording a patient’s vital signs were a pencil and a piece of paper.

Once logged, the resulting numbers were manually typed by the patient’s nurse into a computer, often located in another room. Only then, after the computer had generated a composite score, were doctors able to determine whether additional care was needed. 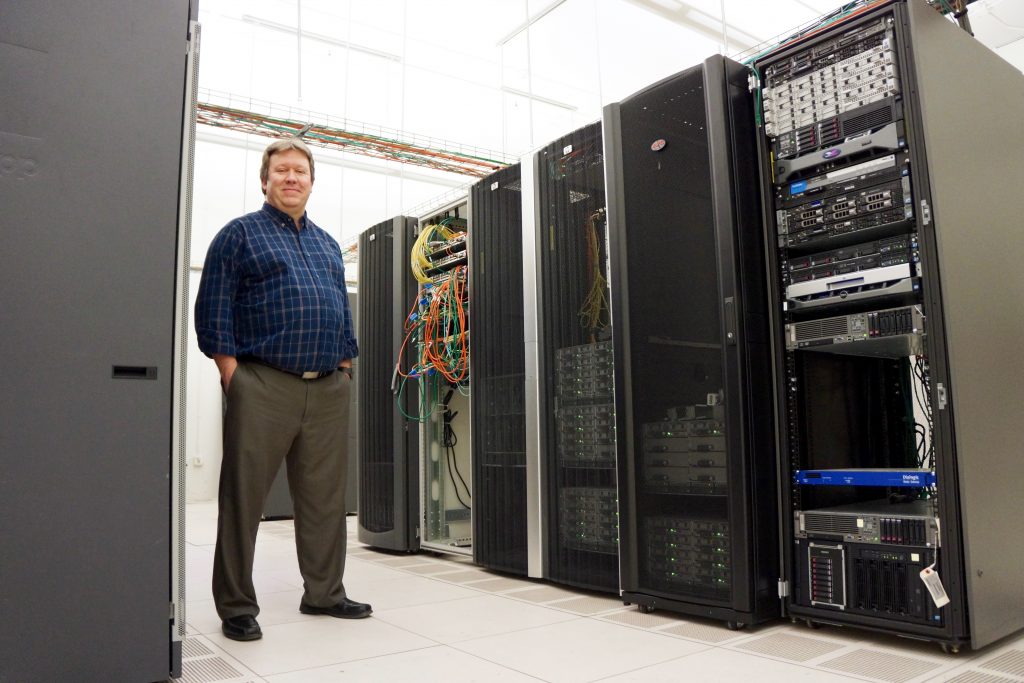 Using a bedside monitoring system, hospital personnel now have instant access to all of the patient’s key metrics, including blood pressure, temperature, blood-oxygen levels and eating habits. What’s more, the resulting algorithm is calculated in real time (rather than only on shift changes), giving doctors and nurses a much more holistic view of the subject’s condition.

Now, instead of marking vitals on a nurse-station grease board, a digital monitor displays numbers for all patients in the unit. In the event of an emergency, a text message or email is sent directly to a team of nurses.

By removing the human element, and the attendant risk of error, hospital staff are able to catch “crashing” patients more quickly.

Anyone who’s spent extensive time in the hospital has probably seen (or more likely heard) a code blue, an emergency situation—typified by blaring lights and urgent intercom announcements—in which a patient’s life hangs in the balance. 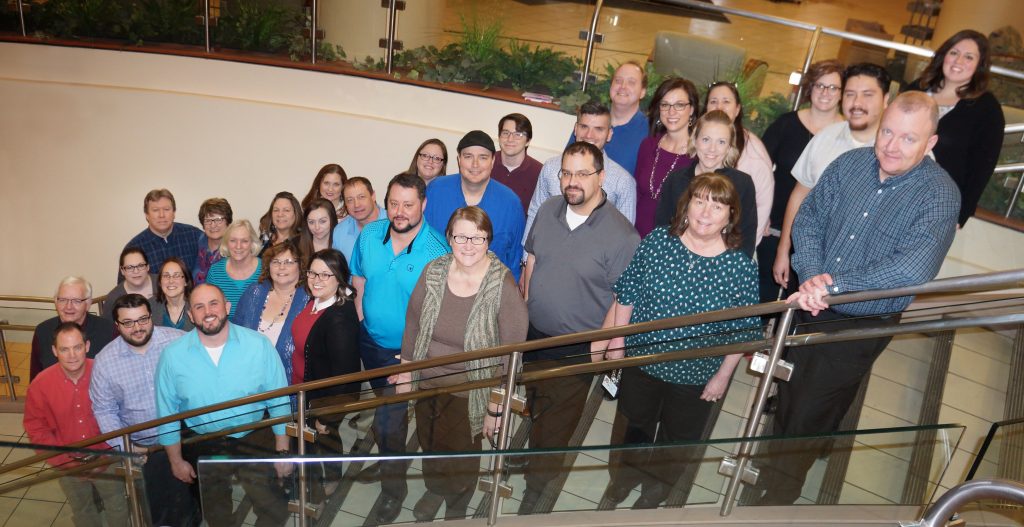 As recently as two or three years ago, code blues were not an uncommon occurrence at SRHC. Since installing the MEWS system in early 2017, however, the hospital has seen a dramatic reduction in the number of cardiopulmonary emergencies.

“Because the information goes directly to them, our rapid response team is able to get to the patient much more quickly,” McEldowney says.

For McEldowney and his team, improving the overall quality of care is inextricably tied to better patient monitoring. And while MEWS represents the cutting edge of that twofold focus, it isn’t the only initiative that sets SRHC apart from the pack.

From footwear to video feeds

The risk of dangerous falls has long been a potential pitfall for patients recovering from surgery, particularly those involving a knee or hip. The hazard becomes even more heightened when you factor in medication, which can cause both physical weakness and mental confusion.

For years, the main recourse for hospitals like SRHC involved outfitting rehabbing patients with bright, rubber-soled socks, making them easier for nurses to spot. Over time, the hospital redoubled its efforts to give patients more one-on-one attention: first through hiring outside “sitters”; then by bolstering its nursing staff.

But while such measures helped reduce SRHC’s fall rate, the associated costs became increasingly prohibitive. Now, using an in-room audiovisual tool (think of an IV stand with a camera), the hospital can monitor all of its fall-risk and post-surgery patients remotely—sixteen of them for every one nurse, in fact.

Despite early concerns about privacy issues, McEldowney says the system allows staff to turn the camera off so nurses are given enough time to accommodate more direct care.

According to McEldowney, the result has been nothing short of transformative.

“Initially, when we were looking at our fall rate, we were always hovering right around the national average,” McEldowney says. “In 2017, we had zero.”

It’s just another way in which SRHC’s emphasis on improved technology is having a tangible effect on the patient experience. Truth be told, the hospital’s commitment to IT excellence has been more than a decade in the making.

While attending a health industry conference in 2007, not long after joining the SRHC staff, McEldowney remembers hearing a speaker list a number of then-groundbreaking IT initiatives, polling the audience to see how many had adopted each one.

“I just remember raising my hand again and again,” McEldowney recalls. “We knew even then that the landscape was changing, but it was encouraging to know we were ahead of the curve.” 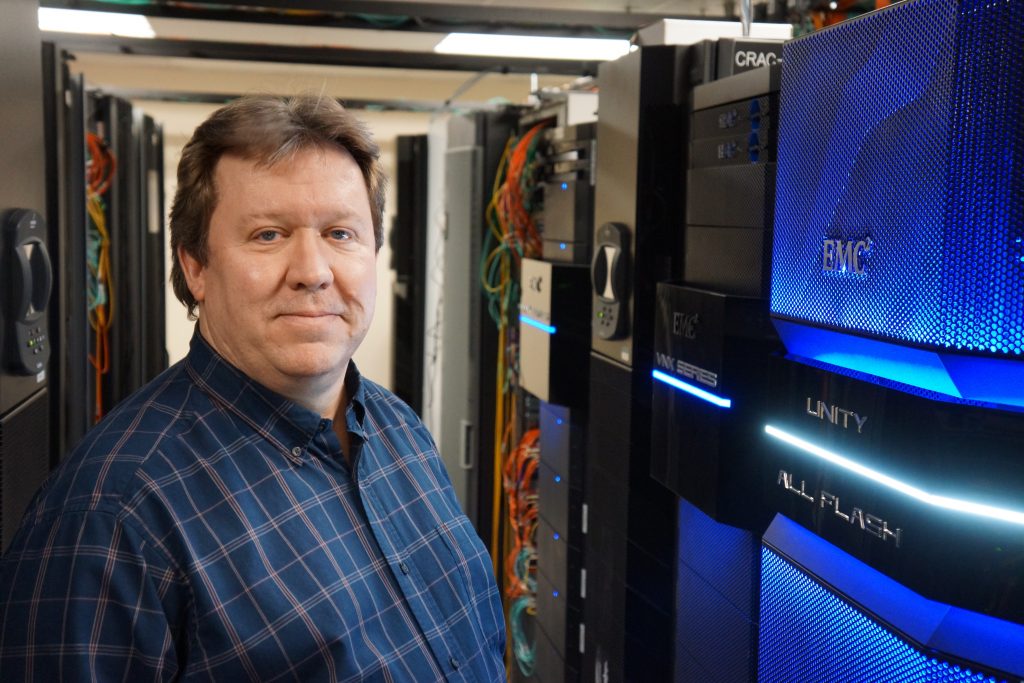 Fast-forward to 2018, and trend-setting remains an integral part of the SRHC mission. Next on the agenda: a brand new electronic health records (EHR) system that will bring the organization’s three hospitals and twenty-one physician practices under a single, digital roof.

In the past, patients who visited more than one SRHC facility found themselves answering the same health history questions over and over again. Once up and running later this year, the new EHR will make good on the hospital’s loudening mantra of “one patient, one record”.

According to McEldowney, the new system is about more than mere convenience; it’s also designed to prevent mixed or even incorrect prescriptions.

And yet, as much as these tools have helped produce a clearer, more accurate image of the overall patient experience, for McEldowney and his team, it’s still the big picture that matters most.

“Our mission in IT is to make sure we’re getting the right information to the right people at the right time,” McEldowney says. “That, in turn, serves the hospital’s mission, which is to improve the health of those who entrust us with their lives—the patients and communities we serve.” 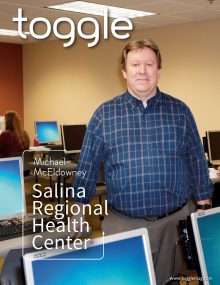 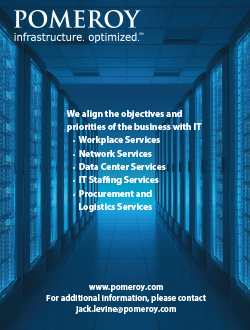