Ensuring education opportunities during a pandemic 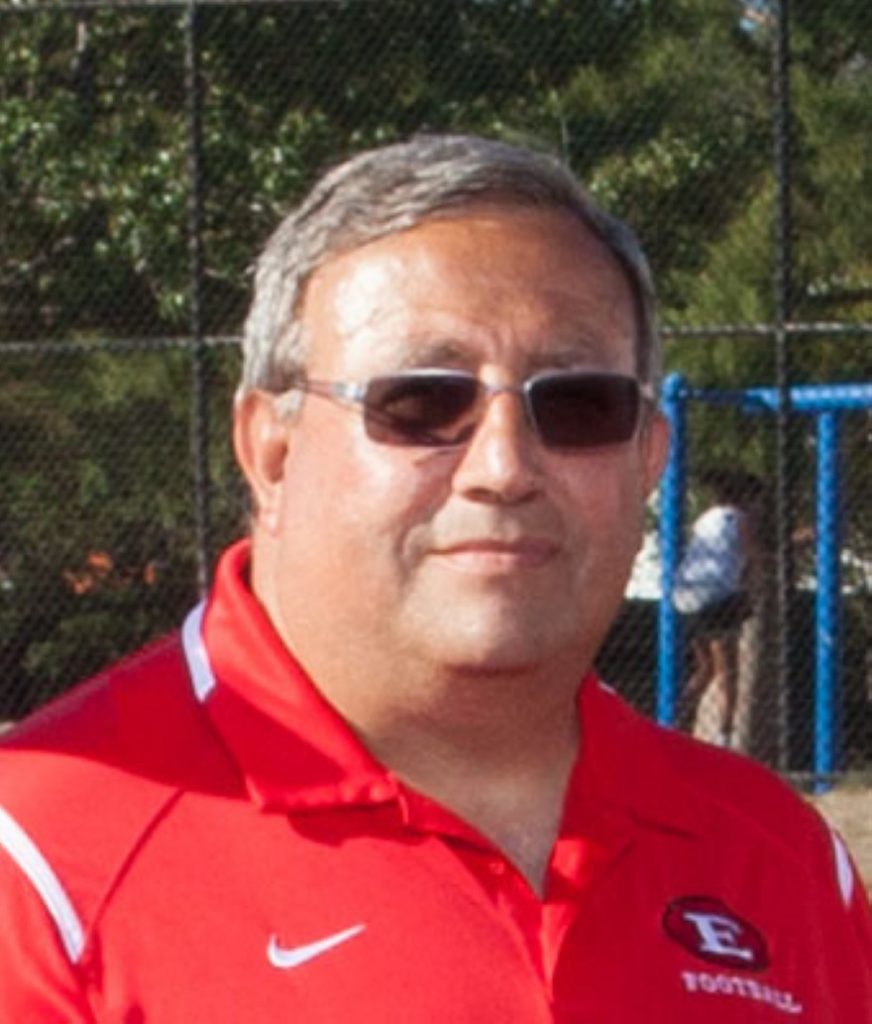 All good football coaches do several things to prepare for their team’s next game. They study their opponent’s players, watch game film and prepare a game plan. Then, during each game, they adjust on the fly.

Michael Milo has been a football player or coach since he was 9, growing up outside of Boston. Now, he’s 62 and in the fourth quarter of his career as the director of technology for Catholic Memorial School in West Roxbury, a Boston suburb.

Using technology in education and coaching football have a lot of similarities, Milo tells Toggle on an unseasonably warm late November morning in the Bay State.

“You’re coming up with a technology game plan to make sure the school, its faculty and students are prepared and equipped with the tools necessary to succeed,” he says. “And as technology evolves and the school’s needs change, you’re making adjustments on the fly.”

For 26 years, Milo ran the technology department for Everett School District, serving 990 teachers and staff and 7,700 students located in 11 buildings around the city. At Catholic Memorial—an all-boys preparatory school founded in 1957—there are two buildings, less than 100 faculty and staff, and about 625 students.

“I retired from Everett, took a pension, but wanted to still be involved and still coach football, so this was the perfect opportunity,” he says. “And I’m glad I’m here and helping build something better for these students and keep them learning.”

In April 2018, the school embarked on the construction of a new, state-of-the-art learning center. It was completed in September in time for the hybrid schedule necessitated by the COVID-19 pandemic. For his part, Milo coordinated the technology, including a big wall grid of flat-panel TVs, wide-angle cameras in classrooms and better Wi-Fi. 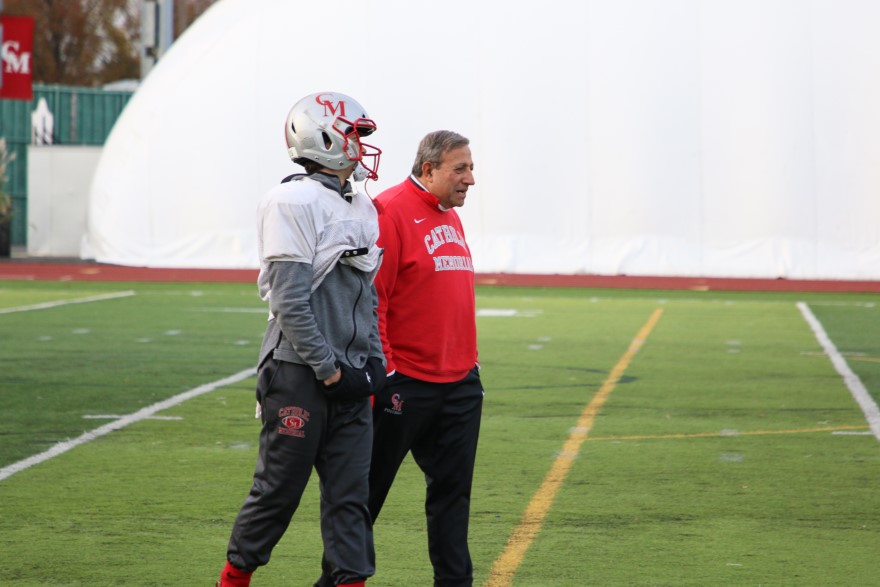 That part of the project was easy, though. The challenge, he notes, came while the building was under construction. The old building housed the administration, and Milo relocated 28 faculty and staff offices and established dummy networks to keep people working.

When the project was completed earlier this year, the upgrade of the electrical system forced the school to close for five weeks, Milo says. Staff worked remotely, but it left him only one week to connect all the data wiring for the new building. The building includes clear-touch panels in each new space, including some with multiple boards, as well as keyless entry.

Milo’s recent challenge has been keeping the school running and the students learning during the COVID-19 pandemic. The school had already been using Microsoft Teams, which helped, and he had everybody operating remotely the day after the school closed. 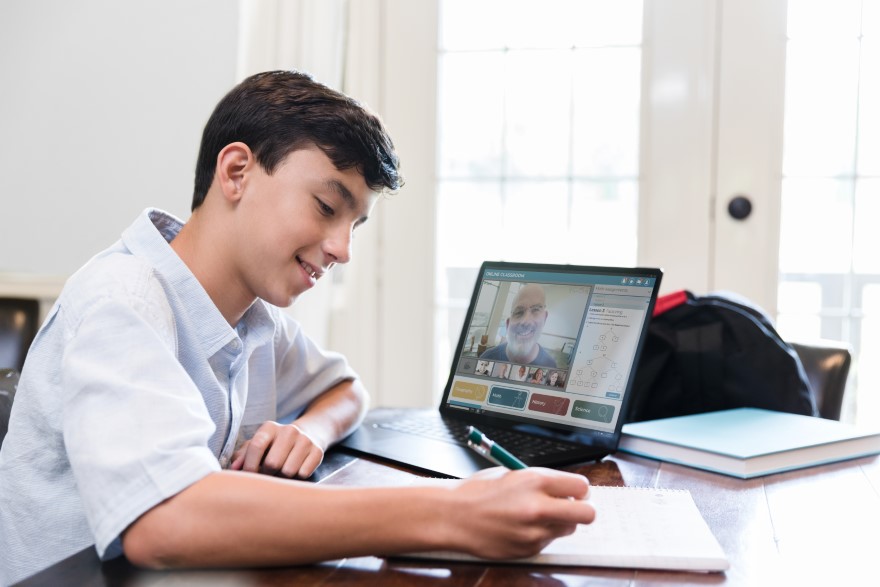 “The school had a bring your own device policy for students, but for the teachers, we got them new Lenovo 20SLs and laptop docks for their classrooms, and we also added 44 cameras,” Milo says. “We got money from the archdiocese to help respond.”

He’s also upgrading the school’s bandwidth, which uses 65 aging and poorly placed Wi-Fi access points. Each new access point costs $2,000 and will keep the system from slowing down when 20 students open their laptops at once to connect to the internet, for instance. Milo says there will be one new access point in each classroom, the cafeteria and in offices, but he isn’t sure how many in total.

So far there haven’t been too many glitches, he notes, aside from the occasional network slowdown when too many students are either uploading or downloading.

Everything a student or faculty member does using a device gets filtered through a cybersecurity system Milo runs on his own computer. He can see where students are going online and catches most spam emails and phishing scams before they ever reach Catholic Memorial inboxes.

A mind for science and technology

In addition to managing tech, Milo is also the assistant head football coach, the same title he held for more than 25 years at Everett High School, where he helped lead the team to 12 state championships.

Twelve titles in 25 years is a pretty good percentage of success, Milo says. Numbers, after all, have been a passion of his, just like technology.

“I’ve always been interested in math and have always been good at it,” he adds. “I had a teacher in seventh grade who started working with me after school, and by the end of the year I was doing trigonometry.”

Despite how good he was with numbers, majoring in math in college, Milo became enamored with computers and computer programming, which he found more creative. 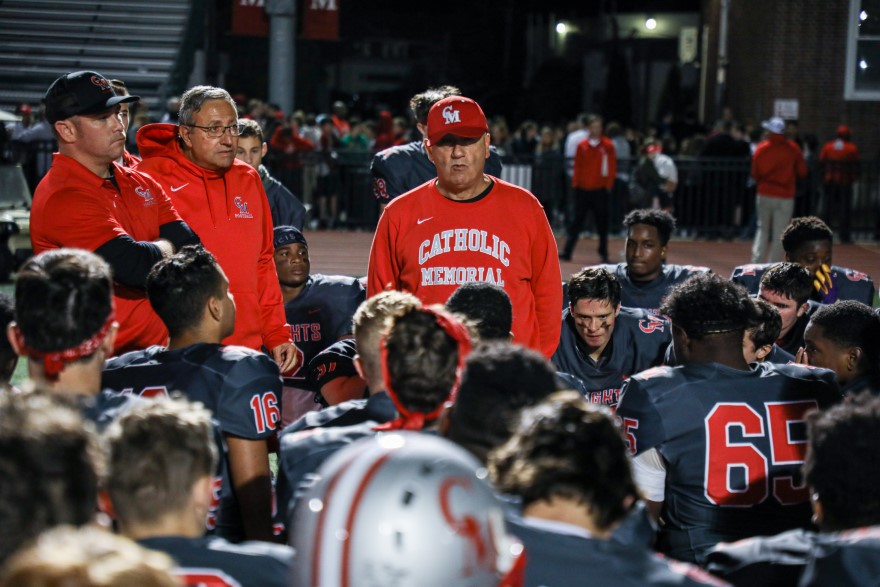 “In school, they talk about being code monkeys and working for a company like IBM, but everything you do belongs to them,” he says. “There’s not a lot of creative freedom, so I went a different way.”

After graduating from the Cambridge Institute for Computer Programming, Milo worked at a furniture distribution company that he bought just six months after being hired. While there, he developed the Milo Operating System, a triple-billing platform for accounting and shipping that some companies still use today.

The company, called Milo Trucking and Distribution Inc., was doing good business, earning several million dollars a year, but Milo was working long, difficult hours. He was up early to make sure trucks were loaded properly and that none of the furniture was missing, and he’d work late to ensure he was ready for the next day.

Now, as he enters the fourth quarter of his career, he still wakes up early to prepare for the coming day, just like any great coach.

“Every teacher’s success is measured by the student’s success,” Milo says. 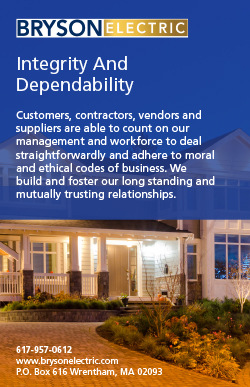