Better back-end systems in the blink of an eye

Forget the value of a dollar; tech entrepreneurs quickly learn the value of a minute. It’s among the lessons Michael Ricci remembers learning during the 27 years he spent running his own software consulting company.

“For my team, I was human resources. I was payroll. I was every department and worked seven days a week, every week,” he says.

When one of his clients, Massachusetts Eye and Ear, offered him a position as CIO in 2012 (which he took), he chose to see the position as another form of consulting. In this case, his IS department served as the consultant and his client was Massachusetts Eye and Ear, home to the largest vision and hearing research centers in the world and a Harvard Medical School teaching hospital. 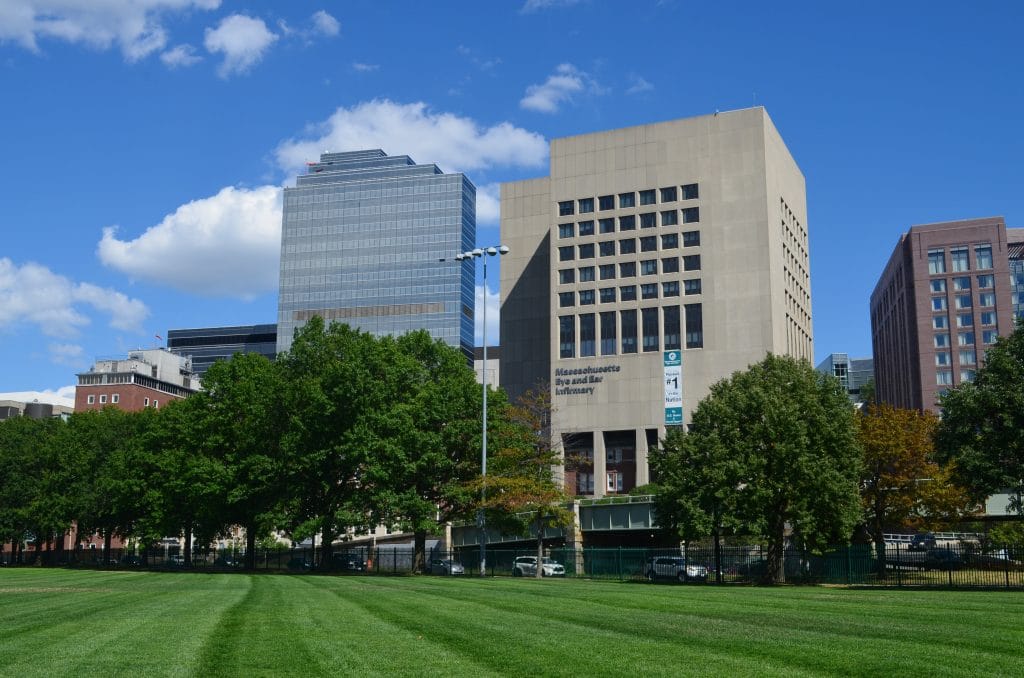 Ricci’s team of 50 plus does everything from training staff on applications, implementing new servers and infrastructure, providing a variety of troubleshooting and support services, consulting on hardware and software purchases, and overseeing enterprise data architecture. He has applied his entrepreneur’s love for speed and efficiency to the hospital’s back-end technology by consolidating the number of applications and systems it uses. He’s also improved decision-making in the operating room and the office space, through secure messaging and data visualization programs.

A common challenge among large organizations is ensuring that the specialty software packages used by different departments communicate with each other so that, for instance, finance and marketing can share information about patient demographics. 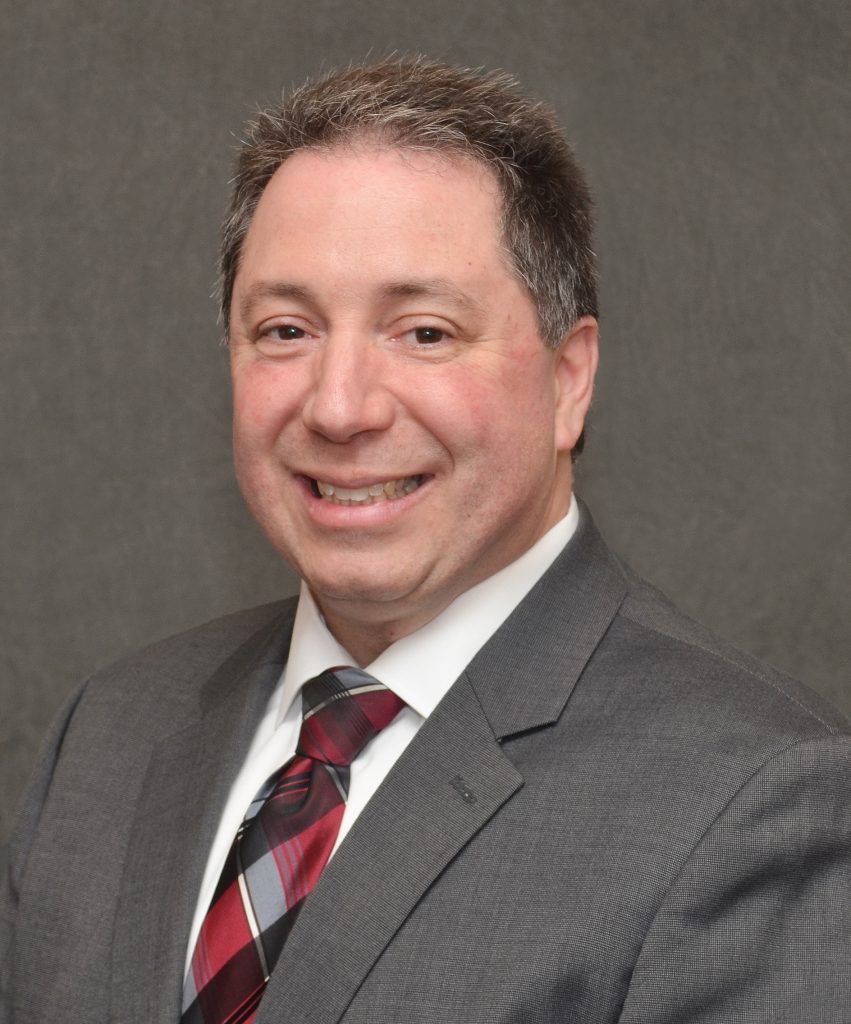 When Ricci arrived at Massachusetts Eye and Ear, it was using in the neighborhood of 50 to 80 software packages to coordinate its many health records and databases.

Ricci simplified the setup in part by consolidating many of the stand-alone solutions, allowing the organization to more consistently and accurately access data. He then served as the site technical lead in the organization’s implementation of EPIC, an electronic health record system that stores patient information about ambulatory, ancillary, surgical and inpatient services.

Implementing the two solutions, he says, reduced the separate systems Massachusetts Eye and Ear was using by nearly 70 percent, making it simpler for his team to troubleshoot problems and for users to have easy access to accurate information.

The challenge to streamlining is transitioning data from one system to the next without interrupting day-to-day operations. Ricci says that switching an organization the size of Massachusetts Eye and Ear to EPIC and PeopleSoft could have easily taken over four years, but it took less than two.

A secure way to talk

To improve speed and efficiency for clinical staff, Ricci is working with MEDarchon to implement its QUARC messaging software. QUARC (not an acronym) has three central functions: It allows staff to send mass notifications, it creates secure communication between the hospital’s server and its mobile application, and it lets physicians and nurses communicate about patients without violating HIPPA regulations.

On its website, MEDarchon suggests that its communication software will save lives and time compared to traditional paging systems.

It cites a statistic that 60 to 70 percent of fatal medical errors are caused by a breakdown in communication through paging systems and that up to 20 percent of a nurse’s or physician’s day can be consumed by sending or answering pages. QUARC, by contrast, works like a secure texting service and will increase speed and ease, making it easier to address changes in patients’ conditions on the fly.

Data is the emphasis de rigeur for most industries, and health care is no different. Hospitals can improve service by learning about patient demographics and wait times; the only trick is that patient data is heavily protected and hard to access on shared servers and cloud-based storage services. 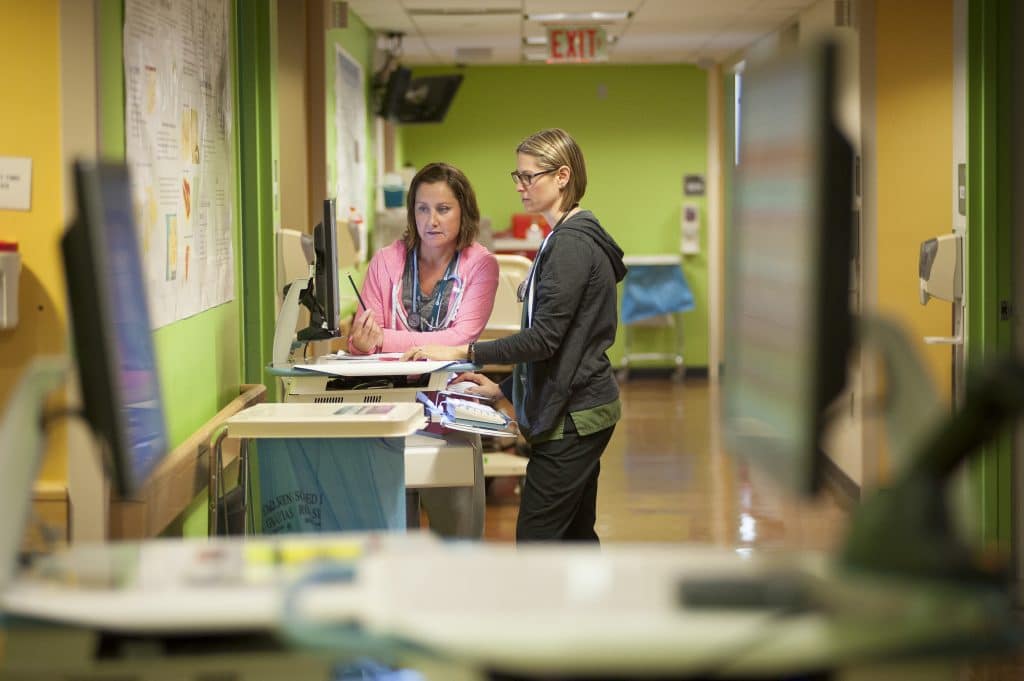 The software went live in November 2017, and Ricci says it’s already saving time and providing metrics that will help clinical and ambulatory staff make good decisions. Before, finding a trend in patient wait times required sitting in the waiting rooms and performing a manual time study, as well as manually running analyses on it. That process has been thrust into fast-forward with the new software.

“The executive team is very excited,” Ricci says. “What used to take days or weeks to assemble will now take minutes.”

As a former consultant, Ricci appreciates the value of strong third parties and says that all of the software sits on EMC storage arrays that are supported by advice and hardware provided by RoundTower Technologies, a full service consultant that he says offers almost 100 percent of the hospital’s storage arrays and functions as a trusted partner to the IS team.

Five years after joining the IS staff, Ricci says the department is more efficient than ever. His help desk staff says that less than 1 percent of callers hang up while waiting, much better than the national average of 5 percent, and they receive a 90 percent satisfaction rating from the rest of the organization.

As they continue to implement and refine new software, Ricci’s team is already looking ahead to the future of health care, specifically the role that artificial intelligence and machine learning will play.

He envisions creating a bot that can reset and create staff passwords to assist his own help desk. In medical research facilities, he believes machine learning will help physicians and scientists find patterns in huge data sets to develop new treatments.

This isn’t science fiction for the technology vet; he is already giving panel talks on the subject and studying how to implement the idea.

Ricci believe it’s only a matter of time before AI makes medicine faster and more accurate than it’s ever been. And time, as he reminds us, is the most valuable currency.