Just what the doctors ordered

The American Academy of Family Physicians, whose 135,000 members make up the first line of defense against most any health problem, has been a bedrock of advocacy for family medicine for seven-plus decades,

“A family doctor is well-positioned to be the one who first diagnoses a patient’s illness or injury,” Michael Smith tells Toggle in September. “And can help patients avoid chronic medical conditions and improve their overall health, as long as they are visiting their family doctor on a recurring basis.” 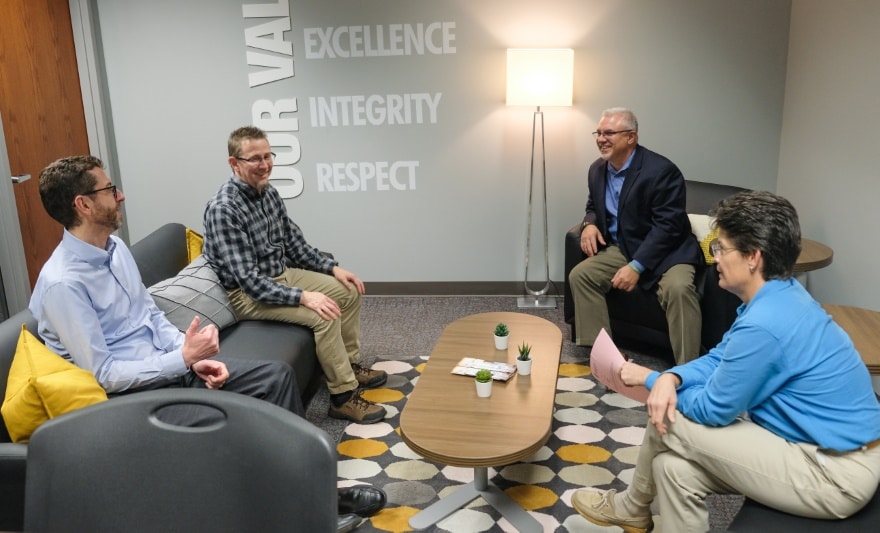 Not that Smith is a doctor. He just plays a prominent behind-the-scenes role in strengthening and modernizing the AAFP’s advocacy of holistic family medicine from his position as vice president and CIO of the national academy at its Leawood, Kansas, headquarters.

In some intangible ways, it might be the most rewarding stop in an info-tech career of 20-plus years that’s covered everything from consulting to executive leadership.

A CIO at last

“My goal was always to be a CIO, and I wasn’t quite there after years in the profession,” says the very personable 47-year-old Smith, who stepped outside the industry norm by going from the role of global senior IT director of a publicly-traded $17 billion behemoth, Thermo Fisher Scientific, to the nonprofit AAFP in 2015. “Some might have seen it as a step back, but I never have.” 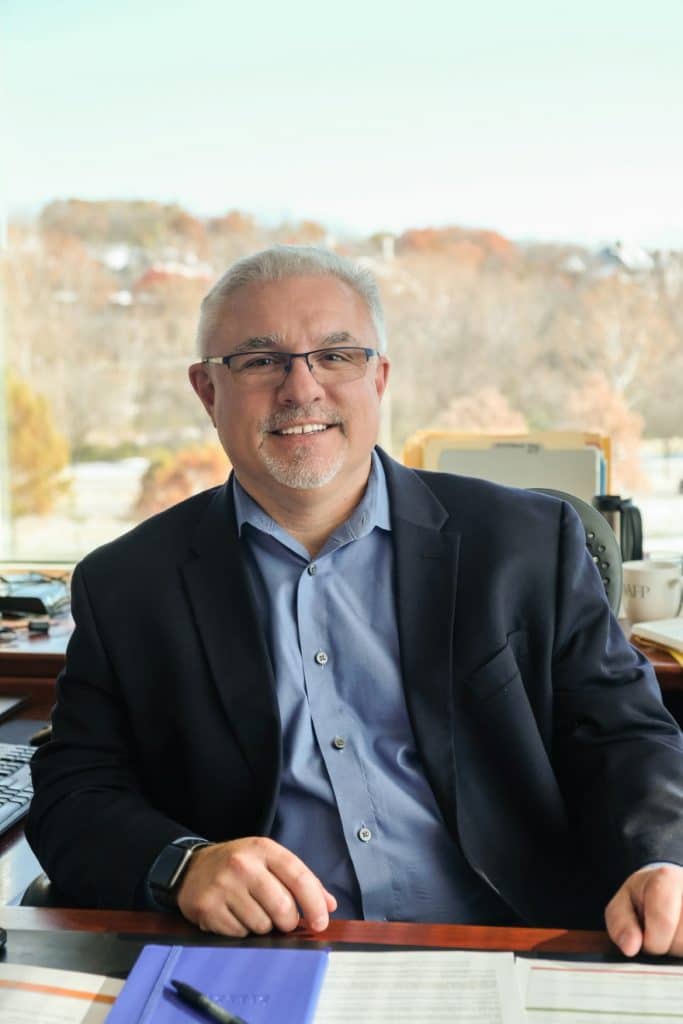 It certainly has been a step forward for the academy, which reckoned it was time for someone with Smith’s private-sector pedigree to run the IT department of about 40 staffers. Though the previous IT boss had tried to keep pace with changing technology, a fresh attitude as well as systems upgrades were just what the doctors ordered—and it didn’t hurt to bring in someone from a for-profit enterprise.

“I’ve come from an environment where you need to drive the business forward,” says Smith, who did just that during his nine years at Thermo Fisher and the preceding eight years at IT consulting services company Quilogy Inc. “The academy’s role is advocating and supporting one of the most crucial roles in the health care industry, the family doctor. However, AAFP does more than just advocacy; we also provide various products and services to our members, subscribers and learners, including our medical journals and continuing medical education (CME) courses and events.”

Over the past three years he has initiated multiple projects that transform and refocus the academy’s mission. Everything’s on schedule, he says, for an IT strategic and technological roadmap that should touch and transform 85 percent of the AAFP’s operations by 2020.

Noting the academy’s impeccable reputation in the health care vertical, Smith almost sounds like the old E.F. Hutton commercial in saying, “When we speak, ears perk.” He’s encouraged to be finding more references to AAFP in the print and broadcast media, and hearing it cited when Congress discusses and debates health care issues.

A more personalized voice is afforded to the doctors who write on the AAFP website. Abdominal wall pain will affect many Americans at some point. Two AAFP member-physicians from the University of Iowa Carver College of Medicine, describe the problem in lay terms on the October AAFP website, while a sidebar provides treatment advice to family doctors. Other experts weigh in on subjects that include mechanical lower back pain and anemia in older adults.

As far as in-house IT upgrades are concerned, Smith notes the ongoing implementation of that private-sector favorite, Workday. The human resources and financial departments will function more efficiently, he says, once one application combines multiple apps into an all-encompassing system.

“It’ll allow HR to eliminate the need to enter new employee information, or a restructure of a given department, six different times across six different systems,” he says. “It’s massive efficiency savings to an organization that employs around 400.” 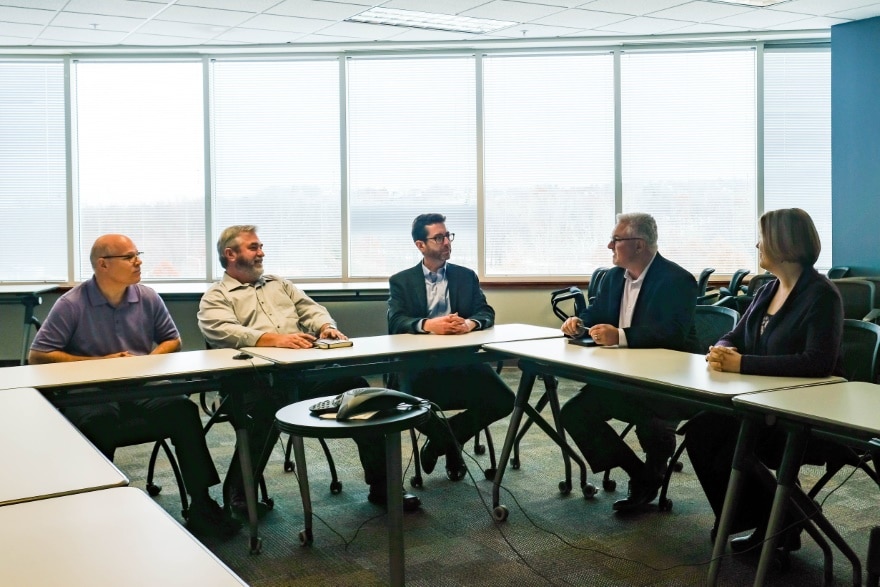 The phones are being replaced with a new Cisco-based platform that includes migrating to a Webex audio and webconferencing system that’s cloud-based and friendly to video conferencing. Salesforce cloud-based systems now enhance member and customer relationship management, while ensuring that all systems can communicate and integrate with each other using Jitterbit.

“CIOs need to understand what a business is trying to do before providing a solution,” he says, adding that he’s on close terms with the senior executive leadership team and even more so with the marketing department that’s so integral to AAFP’s growth. “I’m not a traditional IT professional as I didn’t start my career in IT, so I feel it positions me well to communicate and interact with non-technologists.”

After all, he was one in his youth, having majored in criminology and minored in communications at the College of the Ozarks from 1989 to 1993. Back then IT had little appeal to Smith.

“I perceived computer science students as introverts who sat in rooms without windows and talked to machines more than to human beings,” he says with a laugh. “Well, I’m extroverted and like working with people.”

He was doing just that in the financial business, using his analytical skills from criminology classes to evaluate trends and potential illegal activity as large sums of money were wired into financial institutions. While working with one of the financial institutions, he noticed a network administrator would drive in from hours away, before remote admin tools were commonplace, in order to fix a problem in 45 minutes.

“So I was talking to an administrator and said, ‘can you walk me through what you’re doing,’” Smith says.

Realizing IT was nothing like what he perceived, Smith went back to school to brush up on all matters technology. Seeing the potential for career growth, he’d also earn an MBA from the University of Phoenix in 2008. That prepped him well, first for the private sector and then for delivering AAFP’s core message.

“If everyone saw their family doctor once a year, think of all the chronic medical conditions patients could avoid through early detection before a major issue materializes,” he says. “Think of the quality of life that could have been possible for many that suffer from chronic conditions.”