Marine vet applies IT expertise to help those in need 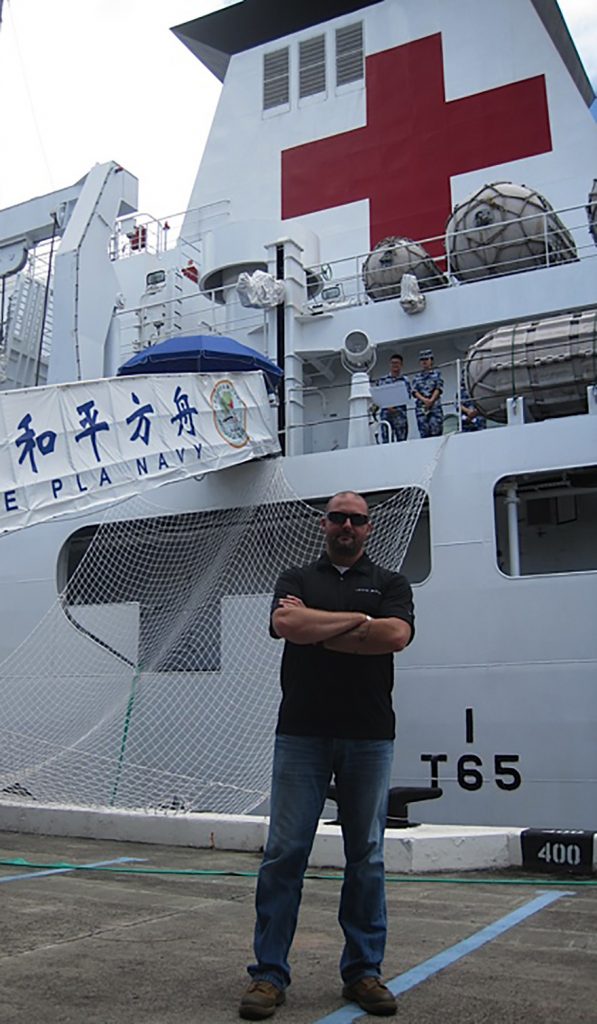 Outfitted to respond to combat or other high-stakes situations, as well as deliver acute medical care to underserved populations on the other side of the Pacific Ocean, the USNS Mercy embarked on one of her shorter missions this past spring.

Just 120 miles up the coast from her home port at Naval Base San Diego, the U.S. Navy ship docked in late March for a seven-week stint at the Los Angeles World Cruise Center Terminal, freeing mainland hospitals to treat COVID-19 patients while the Mercy tended to others.

As luck would have it, there wasn’t the expected surge in cases, the hospitals transferring just 77 patients to the ship. Nevertheless, its medical team and support staff had to be prepared for any crisis—including one that nearly came to pass.

On March 31, an apparently deluded engineer derailed a freight train while trying to crash it into the Mercy, which he believed was part of a government conspiracy. Though the incident necessitated cleanup of hazardous materials at the crash site several hundred yards from the ship, nobody was injured, and the engineer faces felony charges.

Despite the attempted sabotage, the Mercy medical team still conducted 36 surgeries as well as myriad other procedures by the time the ship headed home in mid-May, its mission accomplished.

For that, the ship’s chief information officer, Michael Taylor, could take much credit—though he chooses to share it with those under his wing, as well as everyone aboard the Mercy.

No margin for error at sea

“It’s an amazing thing, seeing military medicine function so well,” says Taylor, who got an up-close look during the early 2000s as a U.S. Marine experiencing combat in Iraq. “Takes all hands. Knowing what I know about military medicine, I’d be OK receiving it, though I can tell you that a hospital ship can do so much more than a field hospital in the desert.”

MERCY off the coast of Rabul, Paupa New Guinea

It’s Taylor’s responsibility to ensure the Mercy maintains that standard, having been entrusted with medical informatics and all ship communications while reporting directly to the hospital’s commanding officer. Some similarities exist with being CIO at a conventional hospital—the oversight of computers, modalities, electronic health records, Wi-Fi, data privacy etc.—but there are very notable differences.

Aboard ship, the CIO is where the proverbial buck stops. Conventional internet may not work in the middle of the ocean, and there’s no outside technician to be summoned. Taylor’s vendors must share his military precision, and he’s found one in the San Jose-based Forescout.

Given the Pentagon’s rigid security compliance demands, Forescout brings to the table its C2C [comply-to-connect] cybersecurity framework that can detect all Internet Protocol-enabled network connected devices in real time. The Mercy’s deployment also relies on the Forescout Agent SecureConnector to detect all assets (traditional and medical) connecting to the network, profile those devices and continuously monitor their behavior—and, if necessary, initiate remedial action. 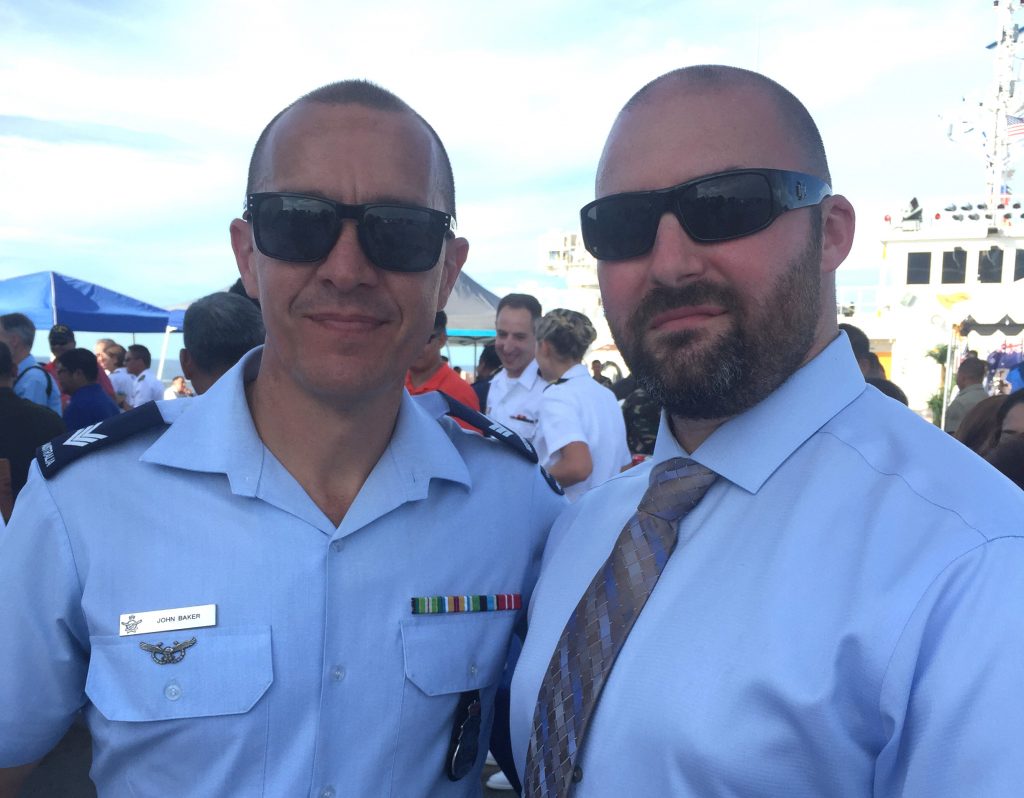 Along with Taylor’s background, which includes systems and IT engineering as well as the pressure situations endured as a Marine, such partners make him confident that any tech challenge can be answered, no matter how far from shore.

“Having different disciplines makes me a good fit for a ship and I look for people with similar abilities,” Taylor says. “We’re very committed to being able to fix anything. The Mercy can never fail.”

To the best of his knowledge, that good ship—an erstwhile oil tanker that underwent a three-year overhaul during the 1980s—hasn’t failed.

At 894 feet long, the Mercy and its slightly smaller sister ship, the East Coast-based USNS Comfort, are dwarfed only by a couple of aircraft carriers in the Navy fleet. Its amenities include 1,000 beds, an ICU unit, 12 operating rooms, a morgue, a staff of 1,000 and can accommodate 360 patients per day—making the Mercy the equivalent of a Level IV trauma center. 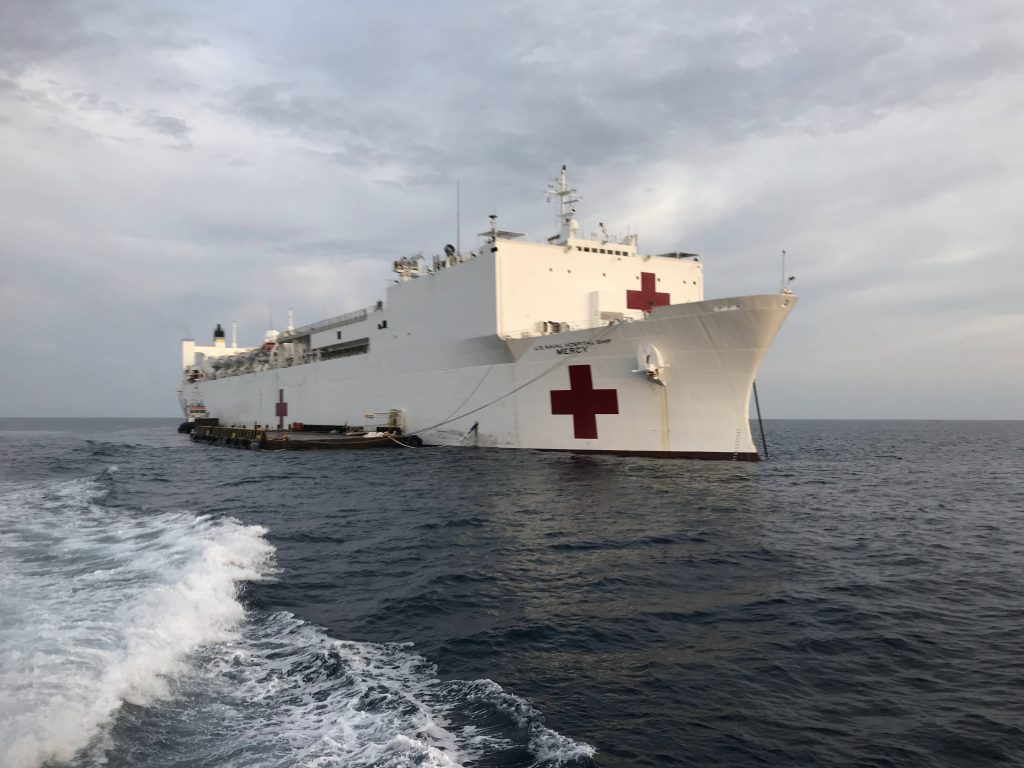 MERCY anchored off the coast of Benkulu, Indonesia

It doesn’t discriminate between allied and enemy troops in need of medical care and, in accordance with the Geneva Conventions, carries no offensive weapons. Firing upon the Mercy would be a war crime.

A regular in every deployment since 2012, Taylor first boarded while serving as a network manager at Naval Medical Center San Diego. “An eye-opener,” he recalls of that three-month Pacific Partnership tour that included stops in Indonesia, the Philippines, Vietnam and Cambodia.

“Nothing compares with the first time you pull up to port and are greeted by poor, desperate people lacking the most basic health care,” he says.

Though “just the IT guy behind the scenes,” Taylor had an essential role in countless outpatient procedures that brought so many parents—and maybe him—to tears. “To see a child smile after a cleft palate repair that would be so routine here,” he says, finding it unnecessary to finish the sentence. 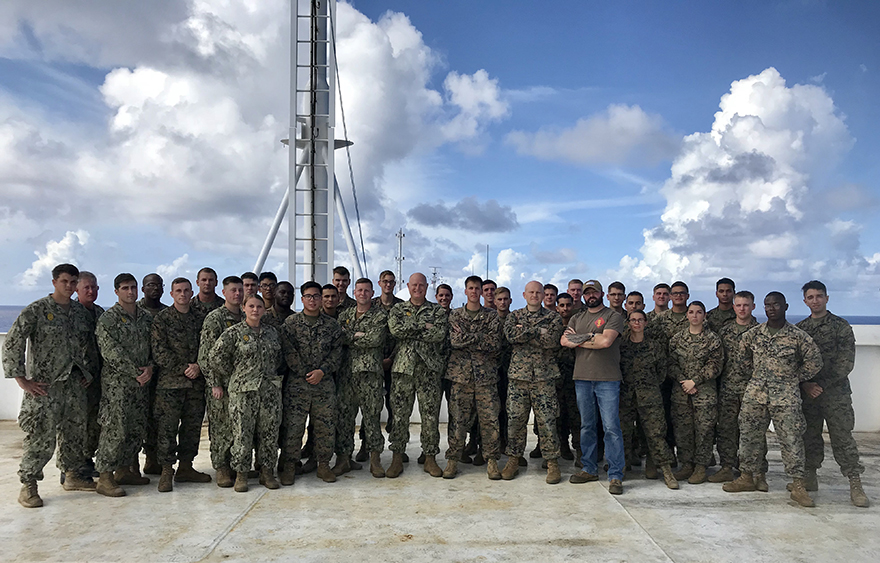 In 2013, Taylor left Naval Medical Center to be the Mercy’s principal IT engineer, a position he held until his promotion to CIO five years later. Those goodwill Pacific Partnerships typically occur every even year, though Taylor has been on voyages less harmonious. He watched with concern a few years ago as Chinese patrol boats followed the Mercy as it participated in the Navy’s freedom of navigation operations in the South China Sea. He’s seen latter-day pirates in the Strait of Malacca.

The ship has also responded to such emergencies as the 2004 Indian Ocean earthquake and tsunami and the 2011 Fukushima Daiichi nuclear disaster in Japan, but those preceded Taylor’s tenure.

In 2004, Taylor was still finishing his Marine duties, and proud as he is of that service he acknowledges that infantry training isn’t much to build a career upon. An Indiana boy, he had enlisted at the age of 18, noting with good humor that with a Catholic mother and no-nonsense high school sports coaches, he learned early how to carry out orders. 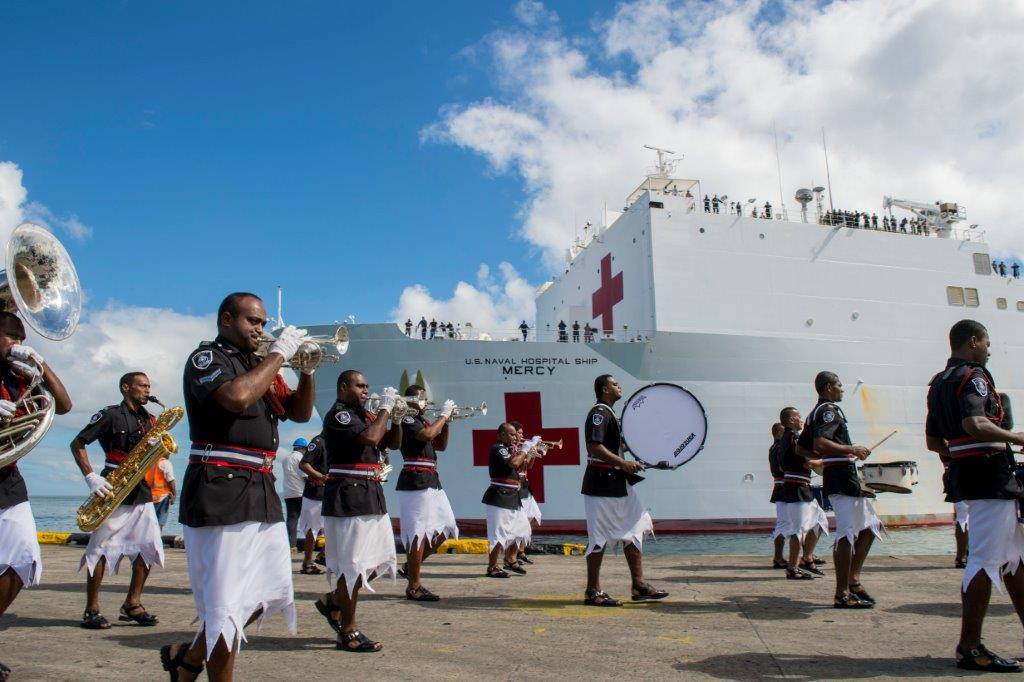 Mechanically oriented, he thought about vo-tech education but found his GI bill went further in IT school. In 2005 he found work at SAIC, an IT company and defense contractor with an operation in San Diego, not far from where Taylor had gone through boot camp.

Four years later, he was managing networks at Naval Medical Center San Diego, and through networking learned of an IT engineering opportunity aboard the Mercy that’s now his home for several months of the year.

But right now the Mercy is in Portland, Oregon, being outfitted with a bigger flight deck that can accommodate the Bell Boeing V-22 Osprey aircraft—kind of a helicopter-turboprop. 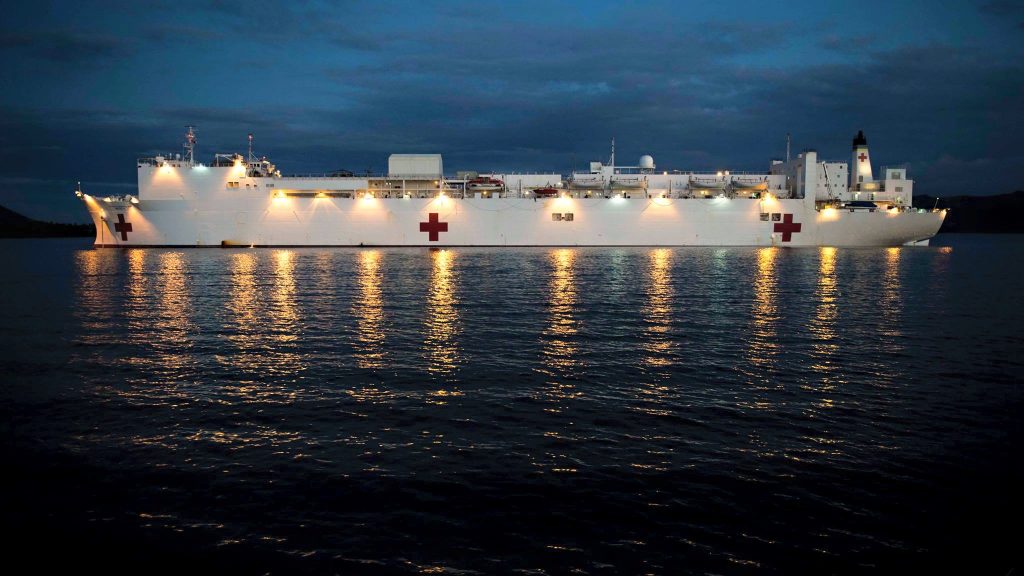 MERCY at night with her AT (Anti-Terrorism) lights on

“I’m glad of it,” he says. “I was a jumper in the Marines and had the pleasure of jumping out of the CH-53 Sea Stallion and the CH-46 Sea Knight. I didn’t like parachuting out of choppers.”

Those days, of course, are over, the 42-year-old husband and father now immersed in another type of national service. A most fulfilling one, too.

“I’ve led Marines in combat and now lead healers in doing their job,” he says. “It’s an honor to help extend our great country’s medicine to places that otherwise don’t have access.” 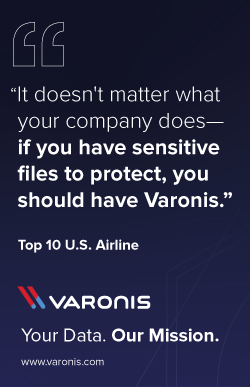