The future of fiber optics could be in Earth’s orbit

Fiber-optic cables have revolutionized the technological landscape, enabling everything from high-speed internet and television to industrial lighting and complex medical procedures. All through strands of silica glass the width of a human hair.

Using heavy metal fluoride glasses, companies have been able to create optical materials that are even more advanced—and more efficient—than standard silica. But no one has been able to turn these HMFGs into fiber without creating crystalline defects that scatter light, thereby hindering their efficacy. 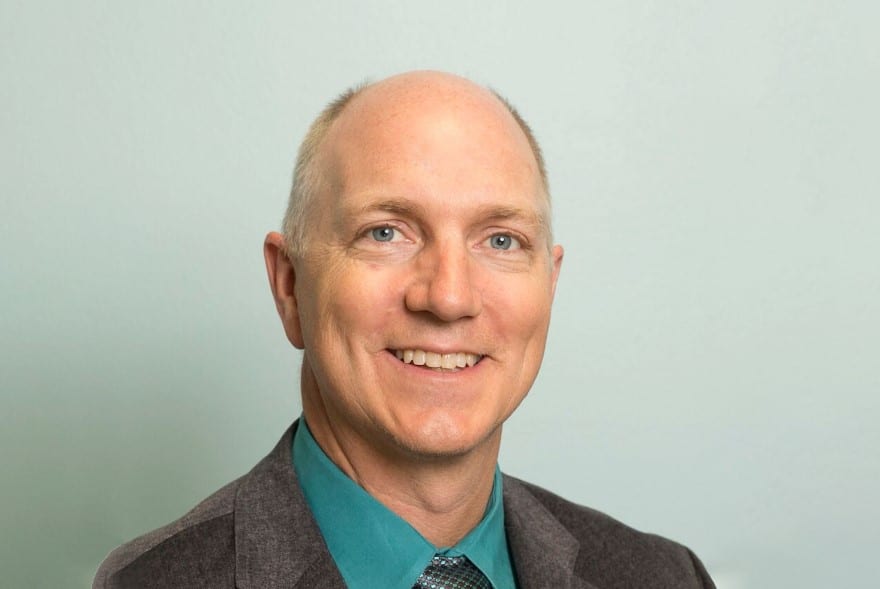 According to Chief Technology Officer Michael Vestel, when this highly advanced glass is drawn into fiber it can outperform existing materials by orders of magnitude.

But there’s a catch: It can only be made in zero gravity.

“These glasses owe their glass-forming properties to certain constituents or ions, but unfortunately this leads to a large range of densities, too,” Vestel explains. “These different densities cause convection when we heat and draw the glass into a fiber here on Earth. The transport of ions from this convection causes tiny crystals to form, which means it won’t transmit light as efficiently as it would otherwise.”

To prevent those crystals from forming, you need to eliminate that weight difference during the drawing process. In other words, Flawless Photonics needed to build a factory 250 miles above Earth.

To manufacture in space, the company needed the biggest muscle it could find: NASA. As one of four organizations in charge of the International Space Station, the only place where this kind of factory would work, NASA has been experimenting with space-based manufacturing for years.

Working closely with NASA scientists, the team at Flawless Photonics—which includes material scientists, optical engineers, quantum photonics experts, mathematicians and even a planetary geologist—built a lab inside a super-durable pod that could be remotely controlled from Earth. 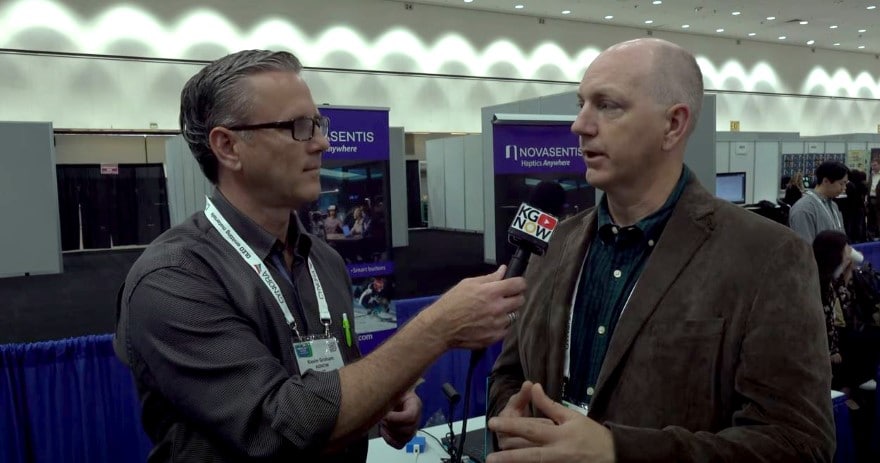 On April 17, 2019, the first SpaceFiberTM manufacturing lab was launched, docking at the ISS just hours later. After being hired to the company weeks later, Vestel immediately began work on the next iteration of the lab. On February 15 of this year, Flawless Photonics sent its second flight to the ISS and began pulling fiber within a few days.

“We’re getting work done as we speak, onboard the ISS,” Vestel says. “There are a lot of technical paths we have to follow, a lot of hardware we have to develop including robotics, and a ton of data we have to collect, in advance of the next trial.”

The goal, Vestel says, is to create fiber that is much better than silica. “If we can build value in these HMFG materials,” he says, “we can make many products and a substantial business out of it.”

A world-changing one, in fact.

Today, there are more than 350 million miles of fiber used worldwide, with 25 million miles being upgraded or added annually. With the current fiber, devices known as repeaters are installed every 50 kilometers or so to boost the electrical signals that lose strength over distance.

Because those repeaters use electricity, that also makes the overall system more energy hungry—to the tune of more than a quadrillion BTUs. Cables in the U.S. alone currently use 0.2 quads—and the number is growing rapidly. “Repeaters are a big cost to laying fiber,” Vestel says. “If we can reduce our dependence on them, that’s a really big deal—huge energy and cost savings are possible.” 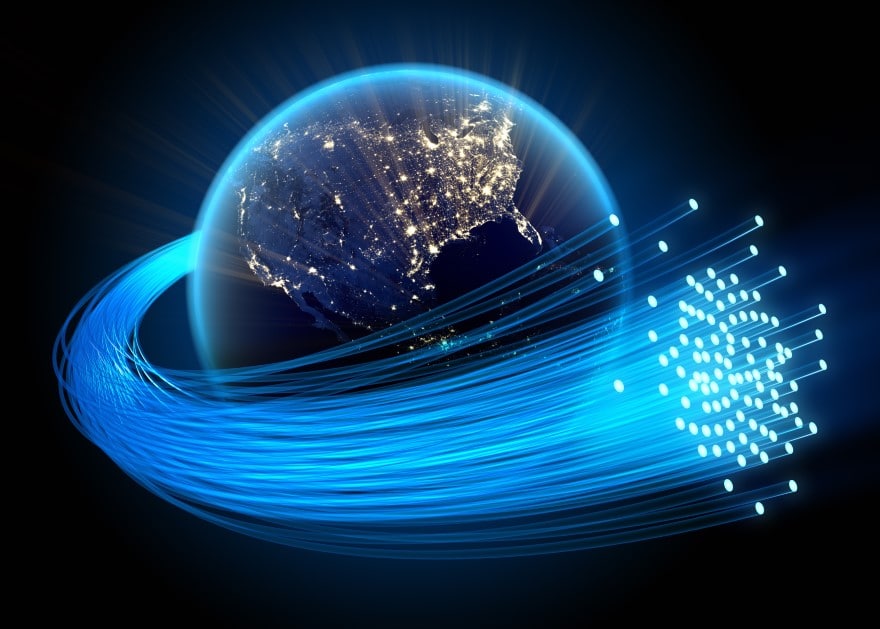 By producing the fiber in space, Flawless Photonics can essentially eliminate the tiny light-eating crystalline defects, thereby reducing the number of repeaters. Once the fiber is laid, data could travel up to 20 times farther—around 1,000 kilometers—before it needs to be reamplified. When combined with other technologies, data could be transmitted as far as 3,500 kilometers without amplification.

“Within five to 10 years, the amount of energy we need to power the internet can be drastically reduced,” Vestel explains. “We could save something on the order of five quads of electricity globally in 10 years if we replaced all the fiber. We would save nearly a quad in the U.S. alone.”

The sky’s the limit on the potential applications. Take lasers, which are used in everything from manufacturing to medicine. According to Vestel, high-powered lasers that emit light between 2 and 5 microns are needed—well beyond the wavelengths standard silica fibers can transmit. But SpaceFiberTM can.

“With improved transmission you can steer higher-powered lasers with fiber or create higher-powered fiber lasers by doping the starting material,” Vestel says.

These products could have profound implications for a variety of industries, including surgical medicine, where lasers that generate the right level of absorption for tissues are in high demand. Faster computing, more accurate imaging, higher-powered lasers, better cybersecurity: the possibilities abound.

“This is going to make so many critical processes cheaper and more efficient,” Vestel says. “When you think about manufacturing something like this in space, the first thought is: ‘Wow, that’s quite an investment.’ But look at what you’re getting in return.”

It was during his sophomore year at Alfred University, a small private college in Western New York, that Vestel first realized that his knack for science—specifically glass engineering—could pave the way to a rewarding career.

“I had a few professors that took an interest in me,” Vestel recalls. “I was perpetually curious and always asking a lot of questions. Why does this property occur? Why do atoms behave a certain way? I could never get a meaningful answer to those questions—until I went to Alfred.” 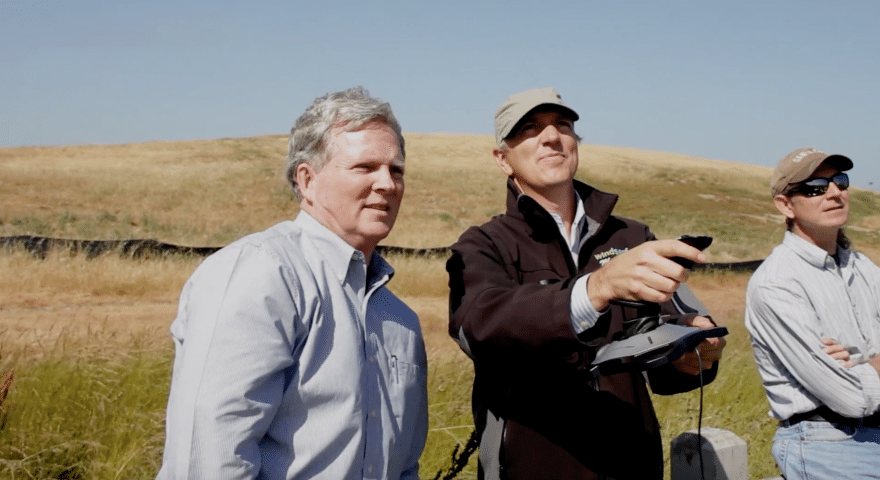 By his junior year, Vestel was conducting research projects relating to glass, including how to create bioresorbable materials.

“Imagine putting in temporary supports, such as splints, to fix a bone, but the glass dissolves away when it’s no longer needed,” Vestel explains.

After graduating in 1992 with a degree in glass engineering science, he headed to California, where he received a masters from UCLA; worked as a process engineer at Applied Materials (specializing in microchip manufacturing equipment); and then earned a Ph.D. in materials science from the University of California, Berkeley.

Aim for the stars

Vestel’s work on cutting-edge projects began in earnest at SRI International in Menlo Park, where he helped spearhead a whirlwind of transformative endeavors while rising through the research ranks.

Nanotechnology; MEMS (Microelectromechanical) projects; robotics, including, “RoboKite,” an autonomous kite-powered underwater vehicle: If it sounds complicated, chances are Vestel has given it a go. 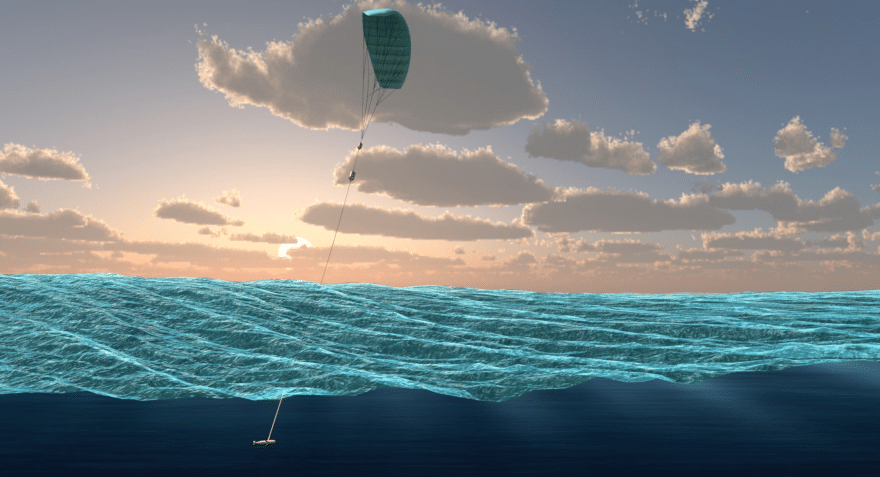 Next, Vestel joined startup Novasentis as CTO, where he led the technical team that developed actuators into haptic devices that add the sense of touch to virtual reality—similar to the tech envisioned in “Ready Player One.” After Novasentis was successfully acquired, Vestel joined Flawless Photonics as CTO.

As much as Vestel enjoys working on exciting projects, it’s putting together an amazing technical team that really motivates him.

“The challenge I love is finding the perfect balance between that special skillset that each team member brings to the project, what they are most passionate about and what the project really needs,” he says. “When you get it right, the team just hums along beautifully. People enjoy the work and go the extra mile to do the impossible.” 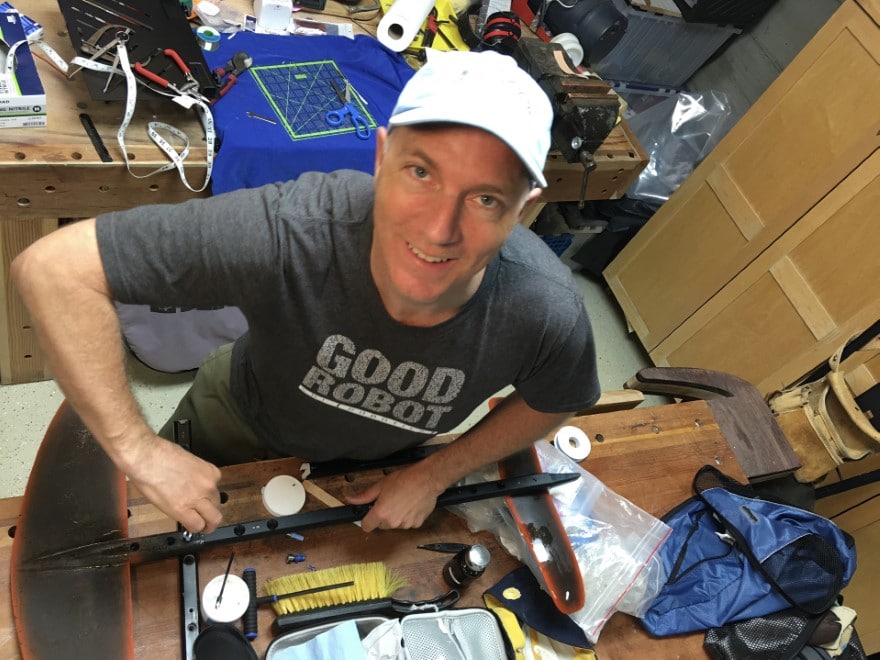 Vestel tinkering in his home lab/workshop

Which is good, because designing and building next-generation tech products in deep space requires, to steal a phrase, boldly going where no company has gone before.

“Maybe it would be safer to work on more established or down-to earth technologies,” Vestel says. “But why not aim for the stars?”