When it opened in 2012, the new campus for the Milton-Union Exempted Village School District in Ohio not only brought the elementary, middle and high schools together in one building, it also set new standards for sustainability and energy efficiency.

There’s a 75,000-gallon reclamation system that filters and prepares rainwater to be used for flushing toilets and reducing reliance on city water. There’s a small wind turbine and solar panels to offset electricity from the grid. A highly efficient HVAC system included freezers making ice to help cool the building during the day. 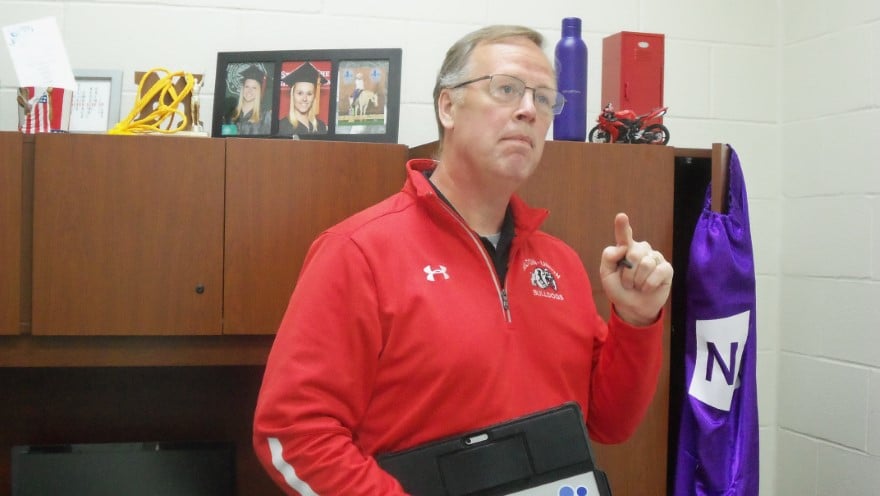 All told, the green initiatives allow the schools to operate for less than 70 cents per square foot per day, about half the cost of a similarly sized building.

But as of mid-March 2020, the halls were empty. Because of the COVID-19 pandemic, staff and students were sent home, and it was unclear when they could come back, said Director of Technology Mick Nealeigh.

However, as in school districts across the U.S. and the globe, the learning continues as teachers and students connect, communicate and collaborate remotely. It’s not an easy transition, Nealeigh says, but the Milton-Union schools were in a good position to make it.

“Our staff did phenomenally. They put in the extra work to move to remote learning and ensure students didn’t miss any instruction” Nealeigh says. “We were shut down for three weeks at first, but now it’s at least the rest of this school year. Fortunately, we’re in position with devices and a software environment to be able to work from home.”

Formed in the mid-1930s north and west of Dayton, the school district serves about 1,500 K-12 students with about 110 teachers and 60 support staff. 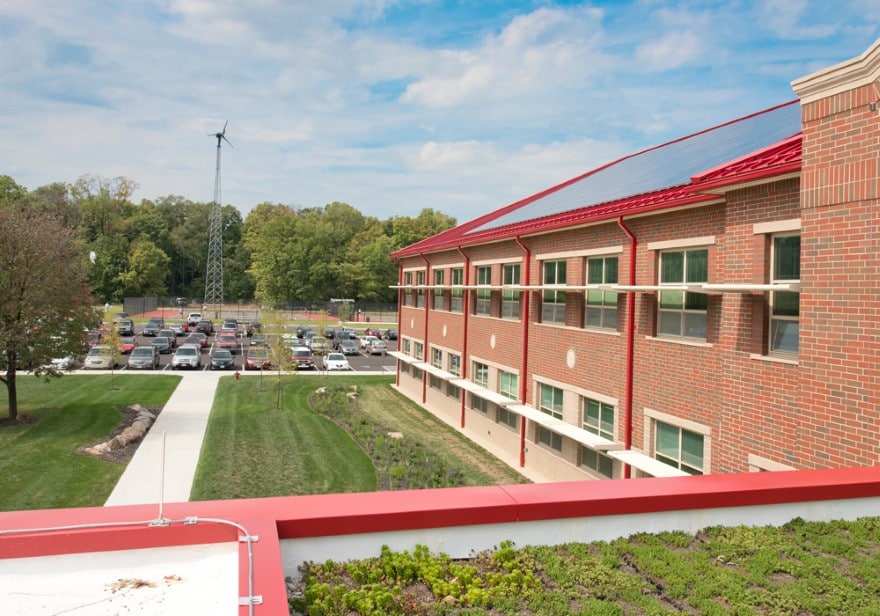 Long before local voters approved funding to build a new campus in a 2008 referendum, the district had embraced technology, Nealeigh says. It began with Microsoft Windows and Office programs for administrative operations in the late 1990s, and those same platforms and software powered the computers brought into classrooms.

Years later, in 2016, the district established a 1:1 program providing Microsoft Windows 2-in-1 notebooks to middle and high school students and Chromebooks for elementary school students, which occurred as Nealeigh and Joe Blackburn, the district’s computer/network specialist, began a systems migration to the cloud with Microsoft 365.

When shifting from using devices kept on classroom carts, Nealeigh says the Microsoft notebooks were a good fit because the school district was Windows-based and the two-in-one functions with digitized pens allow students to write and edit on the screen. 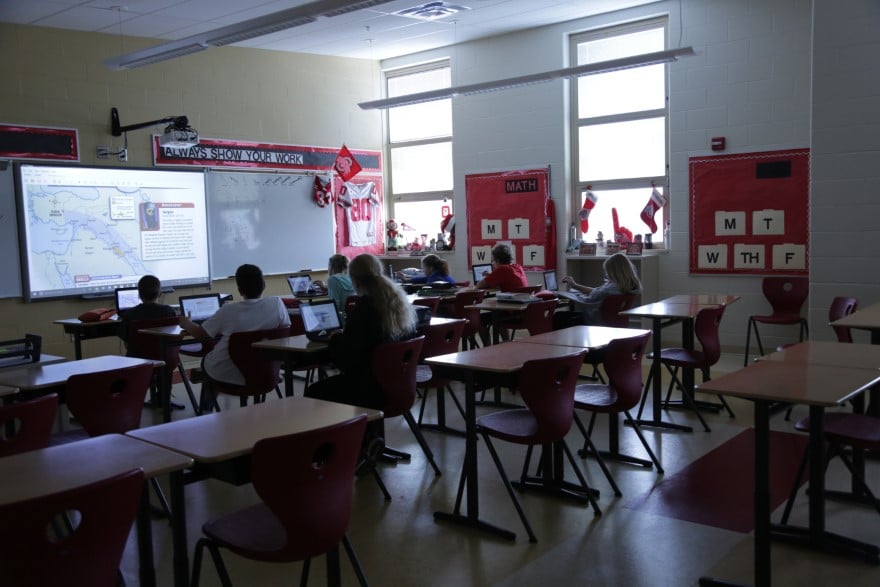 “It makes it easier to be creative in how you are able demonstrate your understanding of a topic,” Nealeigh says. “The writing, coloring, highlighting and annotating on the screen is a key piece of learning, and some studies have shown people retain information better if they write it down instead of using a keyboard.”

The devices have worked so well that the adoption has expanded to the fifth grade, he adds.

The program cost about $250,000 to start, with some money coming from the Federal Communications Commission E-Rate initiative that funds telecommunications and information services in schools and libraries.

“We’ve set it up so you get a new device as you enter each of our three buildings and keep it for the whole time you’re in that building,” Nealeigh explains, adding elementary schoolers were not allowed to take devices home. 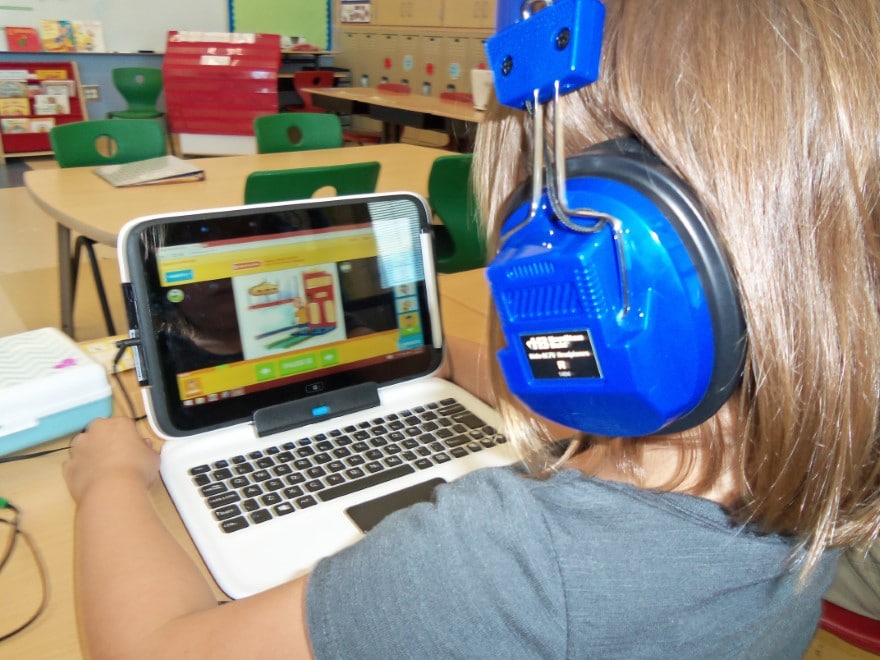 Not only had Milton-Union schools been using Microsoft Office software before the 1:1 program started, they had also been using Impero platforms for teachers to set up their lessons and monitor student engagement.

Though the state order to close schools was not unexpected, it still set off a scramble, even with these learning tools in place, Nealeigh recalls.

The coming of COVID-19

“When the announcement came, we had just two days to truly prepare teachers and students,” Nealeigh says. “On those days, teachers were practicing online video sessions and online instruction before students left. We were better able to transition to remote learning than many because we were already 1:1, and many students were taking devices home and working with online assignments.”

Nealeigh says having tools like Microsoft 365 with Teams, and the RELAY Filter from Lightspeed Systems, which allows the same CIPA-compliant filtering from home as it does from within the school building, proved an advantage for the shift to remote learning. 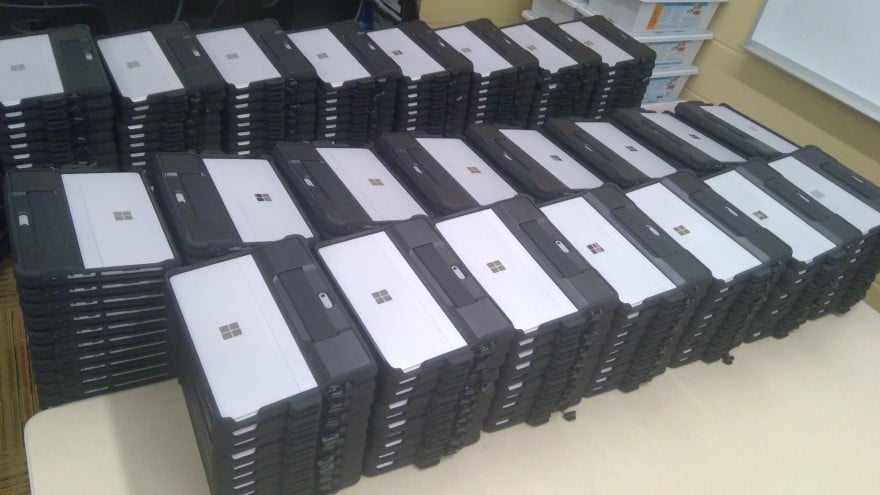 The closure order also meant elementary school students would now be taking the Chromebooks home for the first time. With everyone’s devices already secure with filtering and conferencing tools for teaching in place, Nealeigh had to be sure all students were connected.

There are relatively few students attending Milton-Union schools who lack internet service at home—fewer than 20 in the elementary grades and another dozen in the middle and high schools. That number has decreased greatly since the 1:1 program was launched because middle and high school students were already bringing those devices home, Nealeigh explains.

While he noted some internet service providers are not charging for connections needed for virtual learning, Nealeigh and Blackburn also spent the third week of April—a scheduled spring break in the district—acquiring Wi-Fi hot spot devices and installing them so everyone could log on to learn. 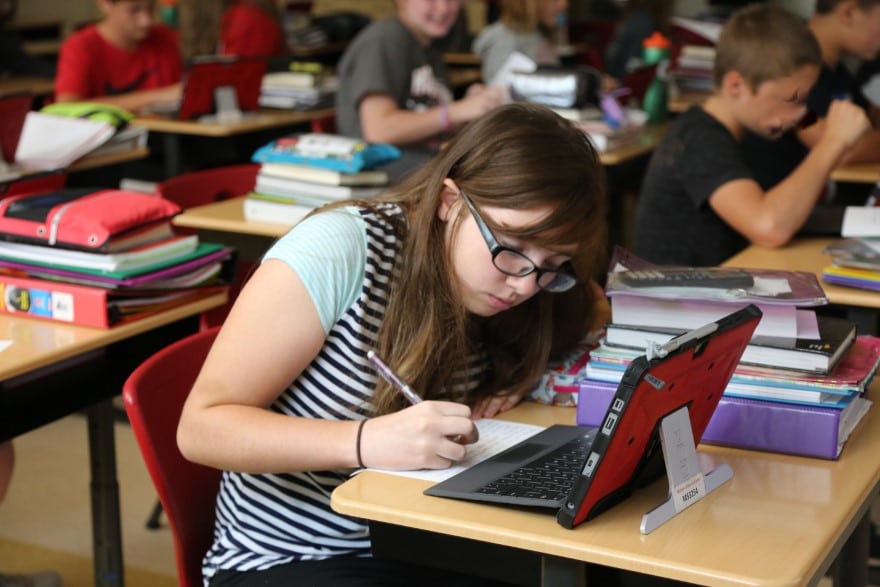 After setting up hot spots, Nealeigh and Blackburn will continue providing user support. It’s work that can be done remotely because the Microsoft Teams platforms enables them to see someone’s screen and take it over, if needed.

“Day to day, there are just the two of us to support over 1,700 users and devices,” Nealeigh says. “But we’re also using tools we have in new, different and better ways.”

The road to preparedness

Careful choices on the tech has made the difference, Nealeigh notes, though he downplays his role in making those decisions.

“We focus on making the technology work well,” Nealeigh says, “and we’re surrounded by an administration that is wonderful in helping us with the educational aspect of the technology pieces.”

An Ohio native, Nealeigh was educated close to home as he earned his bachelor’s in computer science from Wright State University in Dayton. 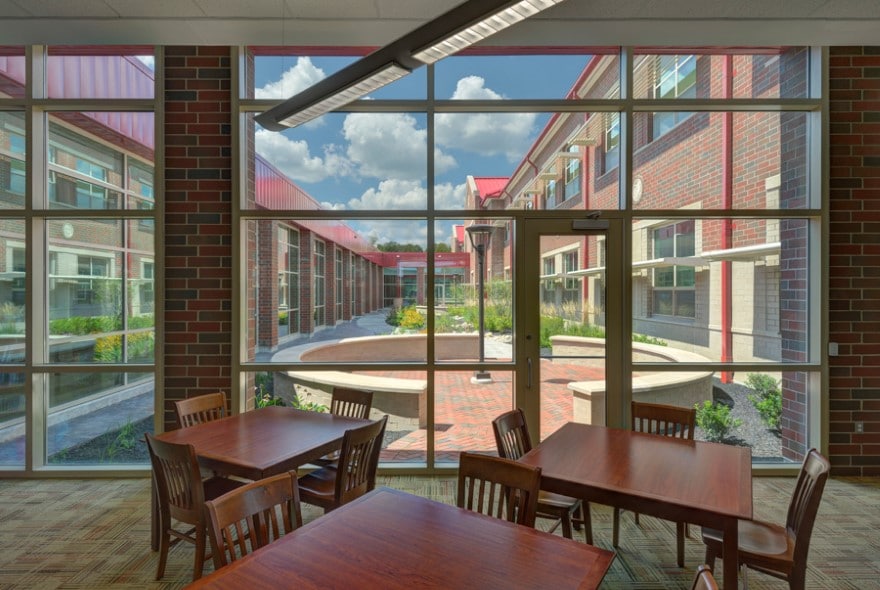 After spending his first decade out of college working in software development for the Sheffield Measurement Division of Giddings & Lewis and Reynolds & Reynolds, Nealeigh wanted to do something more mission oriented.

He joined Milton-Union at nearly the same time his oldest daughter did—the difference being she was in kindergarten. In the ensuing years, each of his three daughters went through the school system. Now Nealeigh is the only one left.

Blackburn, a graduate of Milton-Union schools, came back home after graduating from the University of Findlay. He has worked with Nealeigh for the past 18 years. The shift to cloud operations away from onsite servers has minimized the need to add tech staff, but not the need to stay up to date.

“It’s constantly changing, and in any organization, organically growing means priorities and needs change as well,” Nealeigh explains. “So, the best you can do is gather as much information as possible and make decisions based on what you have at the time.”