Wired for efficiency in insurance adjusting

For a man well-versed in cutting-edge technology, Miguel Sanchez sometimes has to go about his responsibilities in a low-tech manner.

Such was the case this past summer when the company for whom he serves as technology director, Pilot Catastrophe Services, was called upon to set up emergency call centers in Mobile, Alabama, and Houston in response to what Hurricanes Harvey and Irma had done to Texas, Florida and surrounding areas. 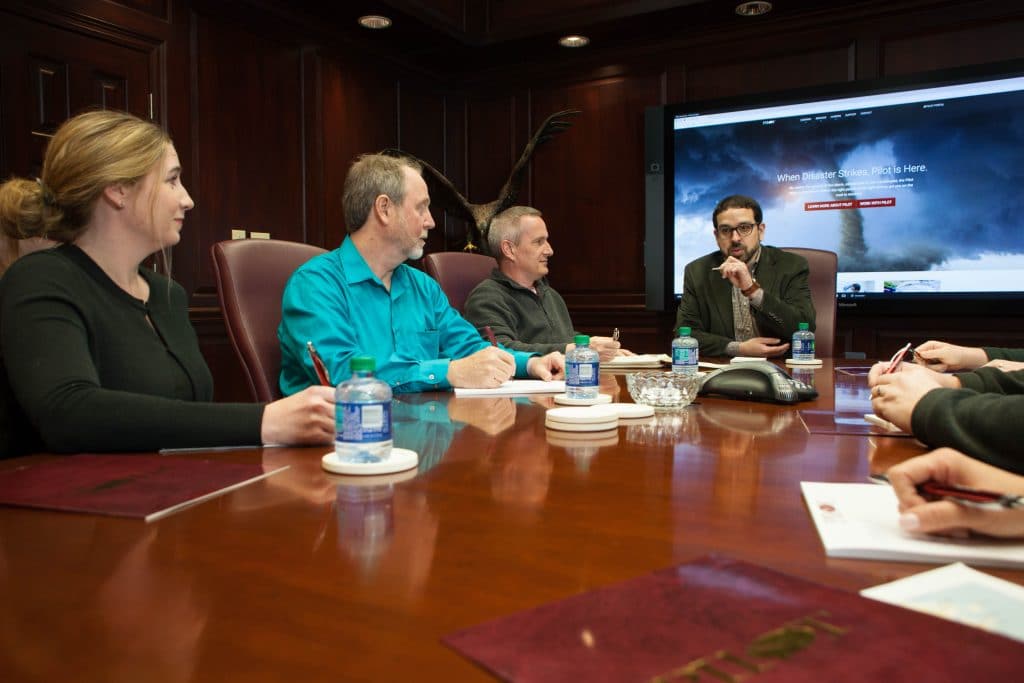 Pilot Catastrophe Services has nothing to do with plane crashes; it’s an independent insurance-adjusting firm headquartered in Mobile and named after the family that founded it in 1983. This past summer, with little warning, Category 4 and 5 hurricanes forced the firm into action on behalf of the adjusters, carriers and policy-holders who expected quick resolution no matter how challenging it may be.

A member of the Pilot team in various capacities since 2010 and technology director since 2016,  Sanchez was well aware of the storm’s developing dynamics. But before customer service representatives could field calls, they needed facilities in which to operate.

An ad hoc high-volume call-center had to be created, and the logistics would include wiring telephone lines and computer hookups. Most of all, it required ample space, and it was up to the tech team to find such venues. They couldn’t just Google “empty buildings.”

“I got in my car and started driving around, looking in windows,” Sanchez told Toggle in October, after the most hectic period had ended. “We found empty shopping center parcels, side-by-side, and set up shop.”

The humble part of the operation didn’t stop there. Sanchez remembers a software engineer moving furniture and accountants breaking down retail space to move in network gear. He himself was scrambling from one odd job to the next, the most complex of which involved the technology, but that could only be installed once the more basic infrastructure was in place.

“Regardless of your training and station in the company, you’ve got to be flexible,” he said. “That’s not a negotiable trait among Pilot employees. To their credit, no one batted an eye while working 14 to 16 hours a day. Just now we’re catching our breath.”

With the facilities in working order six days after of the initial mobilization, Pilot adjusters could more efficiently work in Mobile. Given the magnitude of the insurance claim needs throughout the Southeast, they may be working in these areas well into 2018 — but at least they’ll have the technical means to do so.

“The challenge for us is nobody has a crystal ball that’ll tell which storms will have the most impact,” Sanchez said. “If there is any activity over the Atlantic, we’re already gearing up our response. It might turn out to be nothing, but we have to be ready.”

This past August and September, of course, were something else as far as the storm impacts. It was up to Sanchez to ensure Pilot had the technology in place and by and large it did. He never stops planning for the unexpected.

“There’s no finish line when it comes to disaster preparation,” he constantly reminds.

And it’s not just hurricanes that concern Pilot. For more than three decades the company has had a hand in mitigating crises of every sort. In addition to the late summer hurricanes, Pilot’s 2017 duties included adjusting claims submitted for the California wildfires that devastated more than 2,000 homes and businesses. 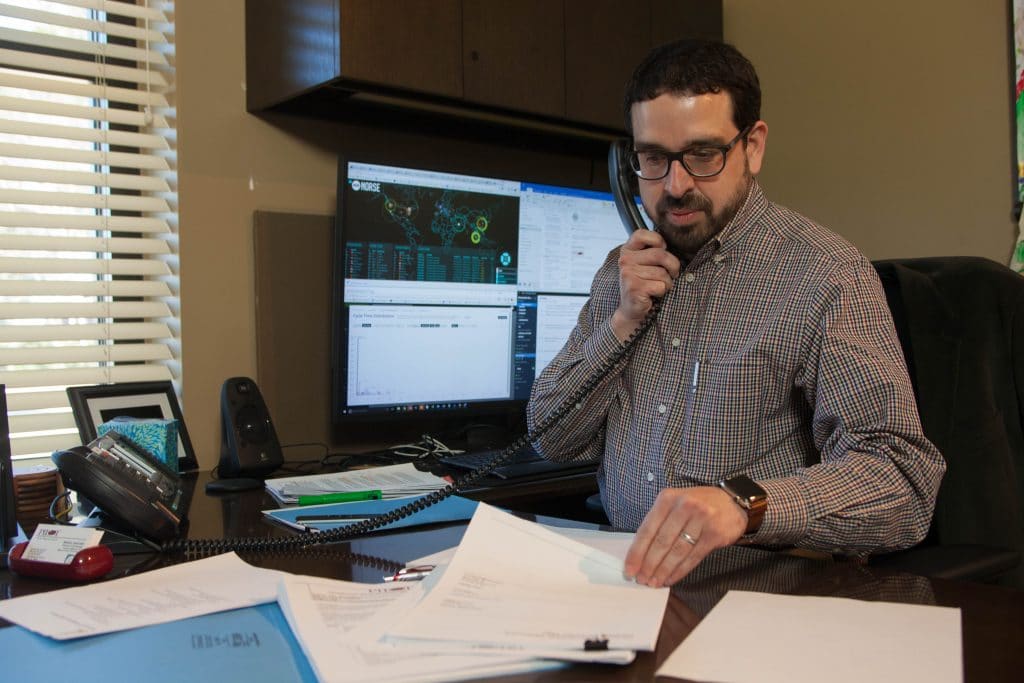 If the recent past is any prelude, work demands will only increase for Pilot. Natural disasters seem to be increasing in their severity—each summer seems to bring more intense wildfires to the West and stronger storms to the Southeast—forcing Sanchez and his team to be a virtual first-responder.

At least he has a team.

Sanchez remembers being one-half of a team of two when he first came to Pilot in 2010, after spending much of his career as a software consultant. Now he leads a team of about 40, overseeing the operation of software and technology services and the in-house telecommunications to ensure they align with Pilot’s overall mission.

“We’re behind the curtain, so to speak, making sure everything comes along as needed,” said Sanchez, whose credentials include a BS in computer information systems from University of South Alabama. “We try to get all shored up, but every incident will have something we didn’t consider. My staff is pivoting frequently.”

He can’t speak highly enough of that staff.

“We have a hungry work force and my job is to support them,” Sanchez said. There’s a veritable arms race underway as private companies and the public sector vie for tech talent, and Sanchez wants to maintain a nurturing environment at Pilot that builds morale and competence.

“Especially in Mobile, we’re really seeing a technological ecosystem that helps keeps us on our toes,” he continued. “Just as much as being paid fairly, the team expects to be supported. If we don’t do that, the company down the street will.”

That’s a lot of systems, but Sanchez seems to relish the work. He can’t recall a time when the technological world didn’t fascinate him.

“It almost seems like I was born into it,” he said. “When I started off in my professional pursuits, technology seemed so straightforward and a fun way to earn a living. If you’re a problem-solver, technology is the place to be. Like gravity, I got pulled into it. I guess I’m more of a geek than most folks.”

But not so much of a geek that he won’t get his hands dirty lugging equipment and moving furniture, if that’s what it takes to get the latest hi-tech in place to mitigate whatever crisis demands Pilot’s response. 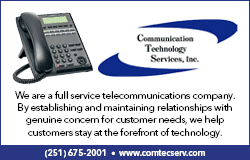