Collecting half a billion school records in southern Alabama

At the Las Vegas International Technology Operations Conference in 2015, David Akridge found himself at a presentation on Cisco’s Digital Ceiling, a Power over Ethernet (PoE) network that connects a building’s systems for HVAC, security and lighting.

As CIO for Mobile County Public Schools in Alabama, Akridge was immediately hooked on the technology, especially the lighting aspects.

The Digital Ceiling system has movement sensors that switch on the lights when someone passes near a dark area. This would not only save Mobile on energy costs, but would improve safety as it would make it impossible for intruders to go unnoticed. Akridge says he could even see the lights being programmed to change in case of a fire drill or lockdown. 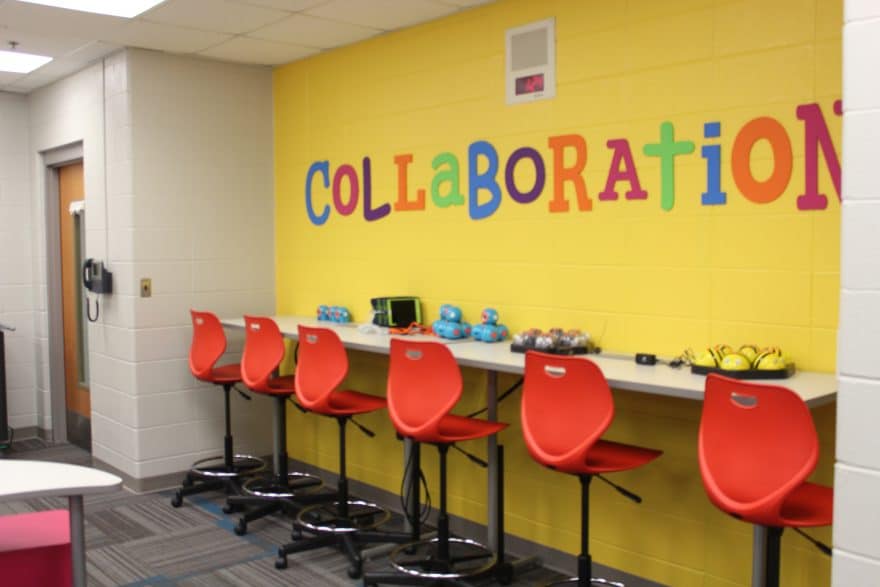 “Mobile loves to be on the forefront of things that are happening. We don’t want to be working on something that is going to be introduced next year. Instead, we try to be five to six years ahead of it,” he says. “I knew that someday [Cisco] was going to need a partner to help them integrate the system into a school district, and my thought was why can’t they work with us?”

In summer 2016, Cisco representatives arrived in Alabama to install the Digital Ceiling at one of the school district’s buildings, making Mobile one of only two school districts in the country to use the PoE network.

Even though the network was only installed on one floor, Akridge is convinced it would soon be on all floors of the school. He also knows from experience that it will mean changes for his department.

“Think about it, when all the lights are hooked up to a network, who do you think is going to be in charge of them?”

No data left behind

Akridge has worked for the Mobile County School district since 1992, and as a result has seen his department expand from a back office support system to a driving force in Alabama’s education system.

This shift began in 2002, when the George W. Bush administration passed the No Child Left Behind Act (NCLB). The law placed enormous pressure on public school systems to close academic gaps between advantaged and disadvantaged students. It also held the schools accountable for the success or failure of students—with federal funding in the balance.

At the time, Akridge was working as a software support specialist for the district, and remembers how seemingly, overnight, IT was responsible for disaggregating enormous amounts of data on things like students’ test scores, reading levels, demographics and attendance. These metrics would be used to gauge the success of the schools.

“It’s not that our district wasn’t doing that before, but it was the scale of having to report back to the state and federal level, not to mention the level of detail that had to be done,” he says.

To comply with NCLB, Mobile County spent the past 12 years building a database that accounted for every student in the district. While this was an immense struggle, Akridge says the department is now reaping the fruits of its labor. 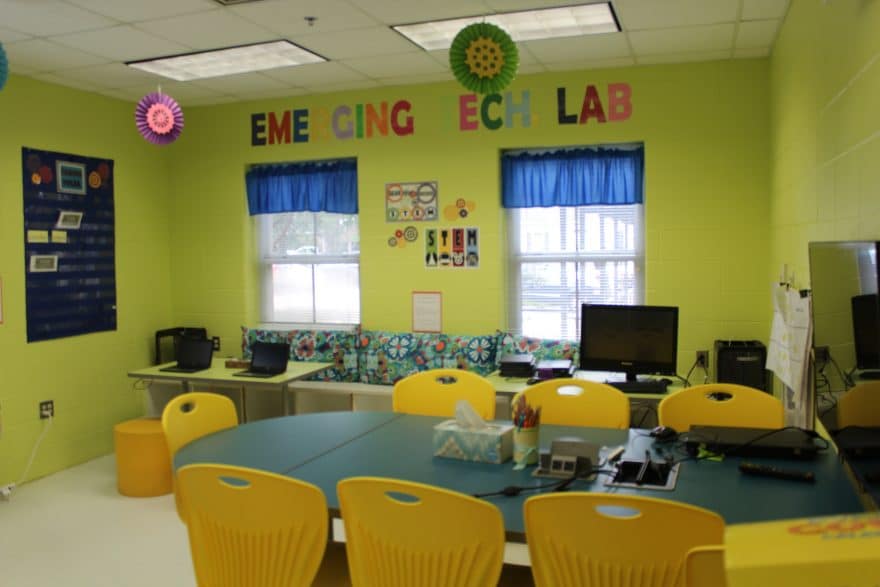 Today, Mobile County’s database contains half a billion records, which the IT department—and the district—can use to understand factors preventing students from graduating on time. Akridge and his team will analyze the attendance records and grades of students who dropped out in order to identify patterns in their behavior or struggles.

This data can validate what the school district already knows or suspects.

By comparing the test scores of third-grade students, for instance, Akridge says his team was able to prove that students who attended pre-kindergarten had an average of five to six percent higher reading scores than those who did not.

While data has been crucial for Mobile County, Akridge says it is nothing without the school district’s robust infrastructure.

In the past 10 years, Mobile County has applied for over $200 million of funding from the Schools and Libraries Program of the Universal Fund (E-Rate), which is given out by the Federal Communications Commission.

Akridge says the funding has allowed the IT department to install the “Tesla of switches,” which today supports 6,000 telephones, 4,500 access points and a vast network of fiber-optic cable.

It has also funded a special project called Collaboration Rooms.

Developed by Telecom Web Manager Tracye Mathis, Collaboration Rooms consist of small work tables equipped with a 42-inch monitor and hookup points for devices. Students can plug their laptops or tablets into the table, and, with the push of a button, their screen is displayed on the monitor.

There is also a 70-inch monitor at the front of the classroom, which the teacher can use to pull up the display from any of the work tables. 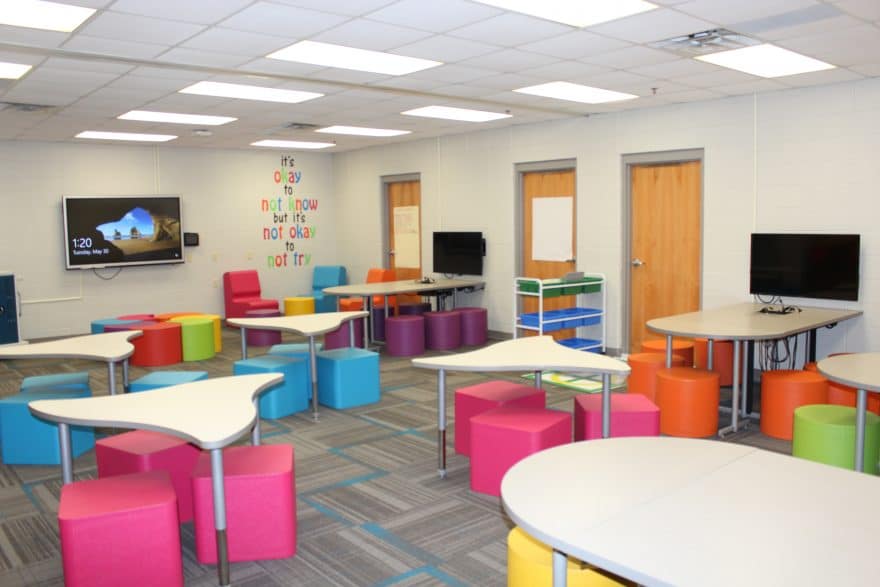 “[The Collaboration Rooms] promote a ‘teamwork’ environment,” Mathis says. “It basically said it’s ok to work together and to learn from your peers, which is a change from the day-to-day classroom.”

So far, 21 of Mobile’s 86 school buildings are equipped with Collaboration Rooms. Each one was designed differently to showcase the diversity of the schools, and includes things like bean bag chairs, star-shaped tables and colorful murals.

Mathis says this was important because it gave the school’s ownership over the space. “When you create something you understand how it works and how to use it.”

For Akridge, watching the school district make a name for itself in the technology sector is all the more rewarding as he remembers what it was like to be a student in Mobile County.

Akridge understands that people don’t expect this kind of technological innovation from southern Alabama, but as a high school graduate of Mobile County, he also knows never to underestimate his school district. 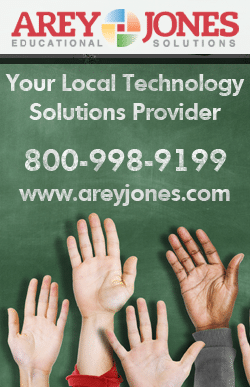