Digitizing a health department is the COVID ‘cure’

Prior to the COVID-19 pandemic, the Indiana Department of Health would process 100,000 lab results each month. Within the first few months of the pandemic, that number jumped to 1.5 million.

Unprepared to handle such volume, its system became overloaded and couldn’t perform as expected.

“Things may have been operating perfectly before COVID, but everything has changed,” says Mohan Ambaty, the agency’s chief information officer. 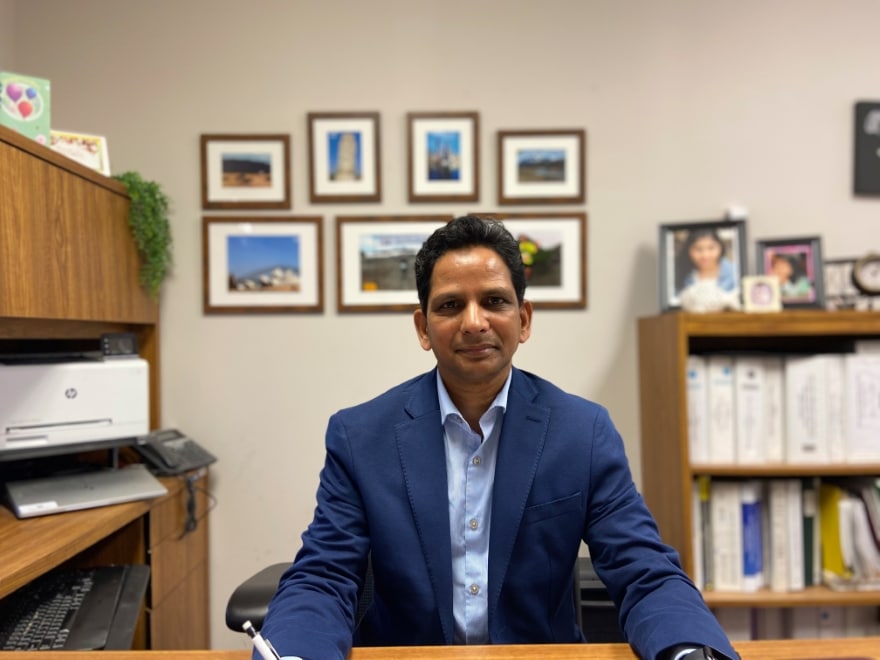 Located in the state capital of Indianapolis, the Indiana Department of Health promotes and provides essential health services to residents. To manage the work volume created by the pandemic, Ambaty has increased IT staff from 65 to 90. He says the contributions of his team members, support from the executive team and his experience—he’s been there for 24 years—have helped him navigate the stresses and challenges of the past few years.

“My experience working with every system in my time here put me in a position where I deeply understand how everything works, which helped me stay calm,” he says. “It also gave me more insight into where to place new hires to be most effective.”

While addressing immediate issues, Ambaty and the team also began upgrading all IT systems throughout the organization using federal grant money distributed in response to the pandemic. He expects the digital transformation to be completed by 2024.

One of the biggest changes being made is moving the department away from paper and manual processes. Until recently, some information was still shared through fax, Ambaty says.

“Everything needs to be digital to handle more volume and be more secure,” he says. “We are working hard to create a more efficient digital environment across the organization.”

He plans to introduce more artificial intelligence to automate tasks, such as processing data and reports, which will help manage volume. With this comes the need to improve cybersecurity measures, Ambaty says, because of the sensitivity of healthcare information. He and his team have been working with a third party to assess the department’s performance in the pandemic to find areas that can be improved. 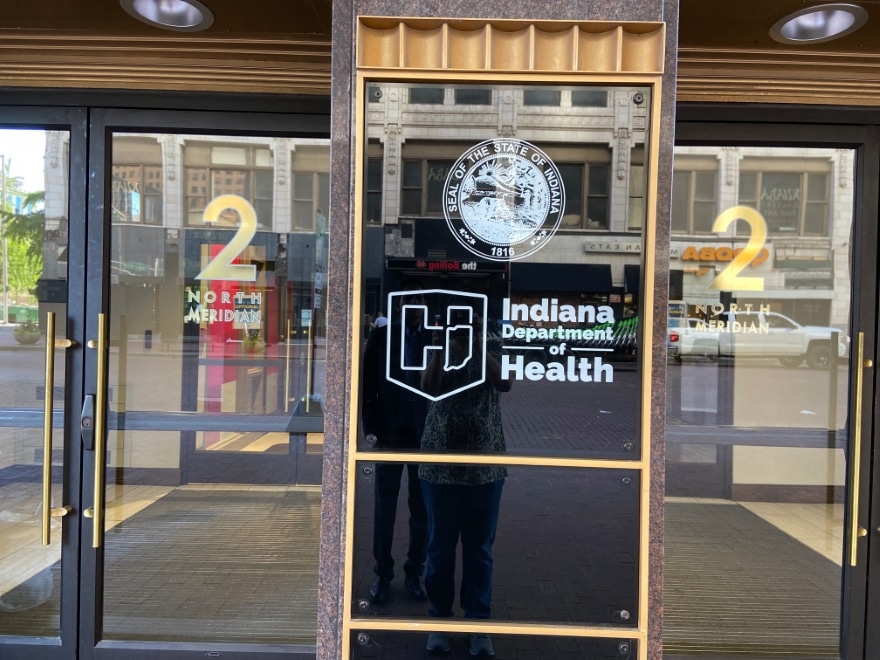 “We may be over the worst of COVID, but that’s not to say something like this, or worse, couldn’t happen again,” Ambaty says. “Data quality, security and departments’ interdependence and their systems must be maintained during periods of crisis.”

Digitizing all systems and processes will create more consistency and allow Ambaty to keep up with evolving technology more easily, he says. From there, he plans to add new application programming interface tools using MuleSoft and move all systems to the cloud, which will help securely transfer data between systems in real time.

“So many systems are integrated and speak to each other, so it’s not as simple as moving to the cloud one at a time,” he says. “It needs to be thoughtful and organized.”

Changes to systems requires changing how people interact with and use them, Ambaty says. He’s been working with the digital transformation office in revising IT and data governance protocols to match the modern systems.

He’ll also be working with leaders on more closely aligning IT with the other departments. He’s already working with leaders to develop a five-year roadmap to ensure initiatives support the organization’s long-term goals. When hiring, he looks for people with a similar growth mindset. 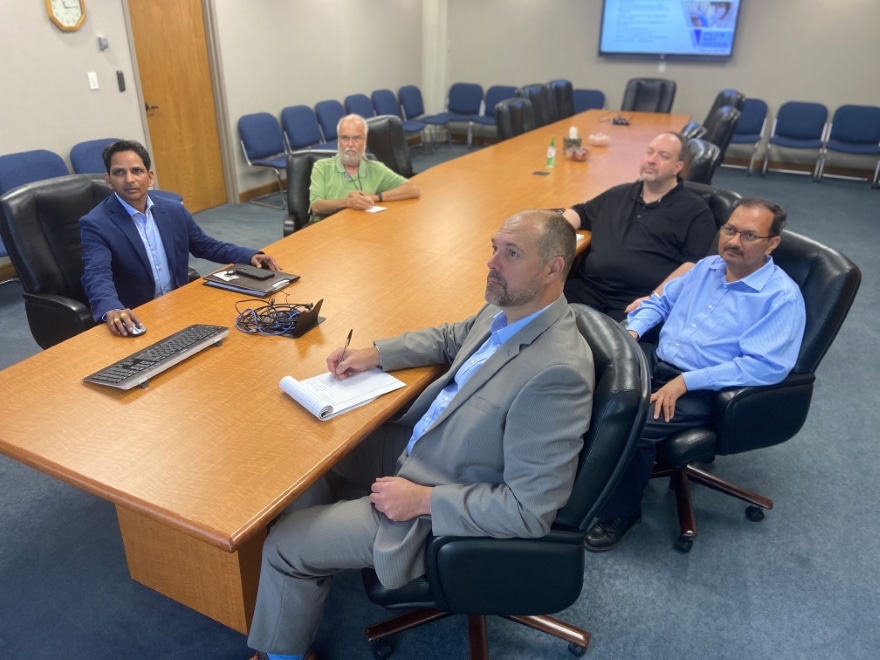 Ambaty is also hoping to collaborate more closely with CIOs in other state agencies and with the Indiana Office of Technology more generally. He says this will allow the agencies to learn from each other and be more interconnected.

Born and raised in India, Ambaty began his career there as a senior programmer after graduating from Chaitanya Bharathi Institute of Technology. He started with the Indiana Department of Health in 1998, the same year he moved to the U.S.

“Growing up I wanted to be a doctor, but I ended up becoming an engineer and working in IT,” he says. “But in this role, I get to work with doctors all the time and still get to have an impact on public health even though it’s different from how I once imagined.”

His first three years with the organization were spent as a senior software developer. He was promoted several times over the following 12 years, becoming IT manager in 2013. When the previous CIO retired in 2018, Ambaty filled the role in an interim capacity before earning the permanent position two months later. 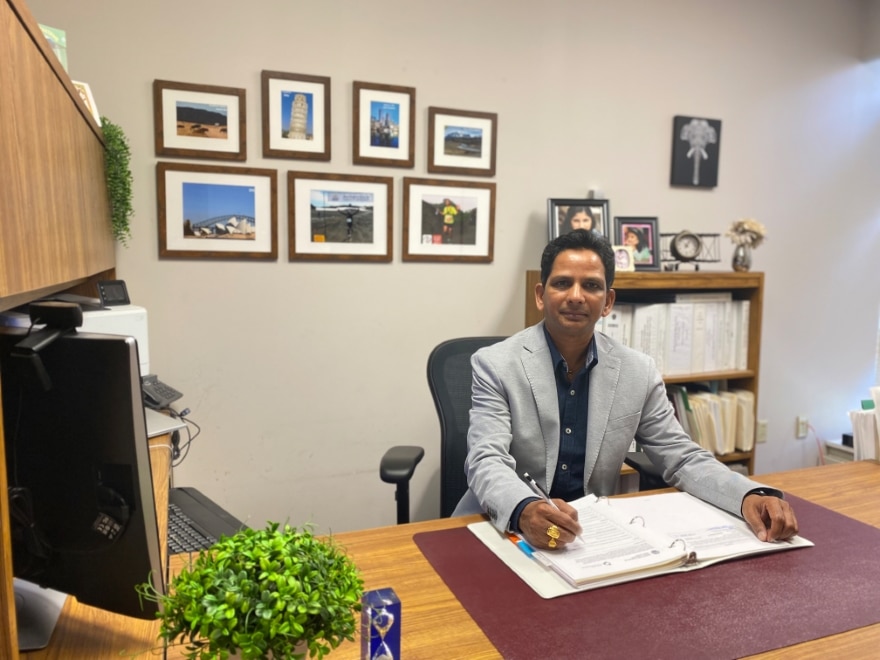 While the work can be challenging and unpredictable, he says he enjoys it and appreciates that he’s been given so many opportunities to grow. He also enjoys the flexibility the role gives him to focus on passions outside of work.

In addition to spending time with his wife and their two daughters, Ambaty loves to run—he plans to complete half marathons on all seven continents and has already done two. In 2019, he ran a half marathon on the Great Wall of China, finishing sixth in his age group. Earlier this year, he completed one on Antarctica, finishing second in the men’s group.

“My original plan had been to do seven races in seven years, but COVID got in the way of that,” Ambaty says. “But I’ve kept training and preparing for what’s next. Both in work and in life, I’ve learned to take on challenges as they come.” 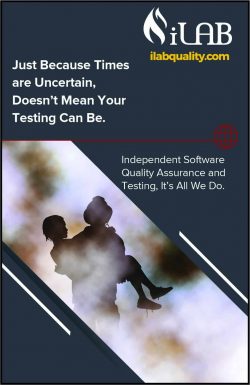 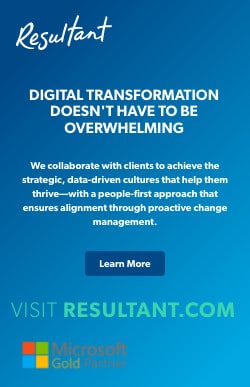 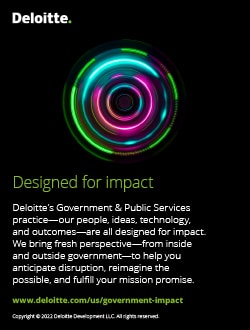