‘A’ for her inclusionary efforts

The world only to grow more digital, there should be opportunity aplenty for young people with infotech expertise. 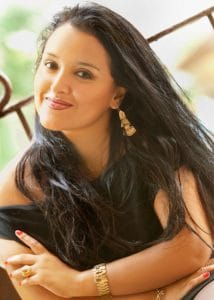 But in so many countries there’s a marked gender imbalance when it comes to the makeup of IT teams. Thus it would seem prudent, both from a socially progressive and business standpoint, to enable more young women to enter this rewarding and dynamic profession.

Which is among Naike Hechem’s objectives in her role with a New York-headquartered company and its very farsighted wing in Mexico.

For she’s an international board member with Beyond Plan B [BPB], a personal and business development company that customizes plans for personal and professional growth, opening for IT companies all kind of new markets (territories, leads, alliances, cross-selling, networking, expansion) and opportunities. She’d like nothing more than for that growth to start expanding worldwide—to Latin America, Canada, Europe—and for women and other disadvantaged constituencies to be among the beneficiaries.

That they may well be, with Hechem contributing through her role as chairperson of a new BPB initiative, The C-Class with its focus on the tech market and strategies for a digital age in which all capable people should be afforded the chance to display their skills.

United all can stand

“The minor number of women in top positions at the IT field is a matter of education,” Hechem tells Toggle from Mexico City, one of her two offices—the other in New York City. “We as a society were not mentally trained to see women with planes, cars, technology etc. Therefore we didn’t educate them to be there.”

Though there’s much ground to make up in a short time, The C-Class is setting an example through such initiatives as its Unity program, which mentors the girls who are all too familiar a sight at Mexico City’s orphanages. Hechem intends to expand the program throughout Latin America, proudly explaining how Unity is donating computers and recruiting tech-savvy coaches for IT, English and art classes and comprehensive digital awareness. 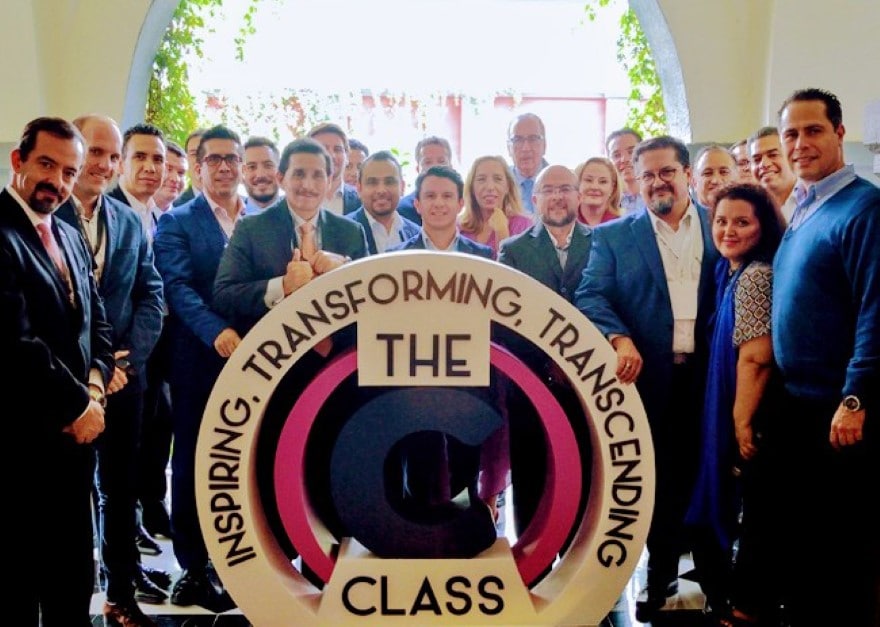 And what better way for chief technology and chief information officers to bring more respect to their profession than by being forefront in community activism and charitable initiatives, she rhetorically asks. After all, they are among the most critical members of a corporate executive team. Without them building cutting-edge networks and overseeing data privacy, most operations would grind to a half.

“They should see themselves as the leaders who are transforming the world, because they are!” Hechem goes on to say. “We all need to change the conception of the role.”

No reason to be confined to the data room. Not with The C-Class having created The Green Board, which welcomes all C-levels—CEOs, CFOs, COOs, CCOs etc—for casual get-togethers and friendly dinners. Lots of positive energy results, Hechem says, when such influential people can network and exchange ideas for a better world—one in which family time, conservation and sharing are encouraged. Those C-levels just might enjoy being outside and planting trees, Hechem says. 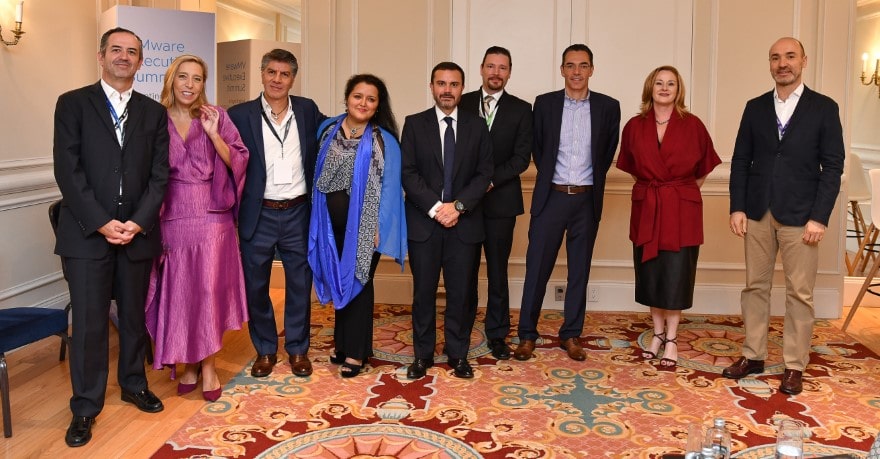 The C-Levels Panel participants at the VMware summit

“However, for decades the CIO was seen as the guy who solved all these ‘nerd’ IT topics and who had cables and cannon ready and working for the meeting. Now hardware and software are a commodity, but the role of the CIO has taken a first priority. Now this role enables the business to evolve.”

VMware has been a much-valued partner, Hechem goes on to say, explaining that the company’s visionaries have donated to social projects, published C-Class leaders and generated valuable contents for the platforms where those leaders exchange knowledge and best practices. “Teaming with VMware is an ethical relationship of trust, values, mutual development and friendship,” Hechem says..

And the need for CIOs and CTOs, and those under their ranks, will continue to grow. Plenty of opportunity for women to shine in this profession, and Hechem and The C-Class are committed to enabling such progress.

Going beyond the letter

So see for yourself the difference The C-Class can make, she says.

Of course, The C-Class is part of the business of BPB, and the purpose of business is to be profitable. But as Hechem evangelizes, doing good can be good business, citing BPB and The C-Class are proof. 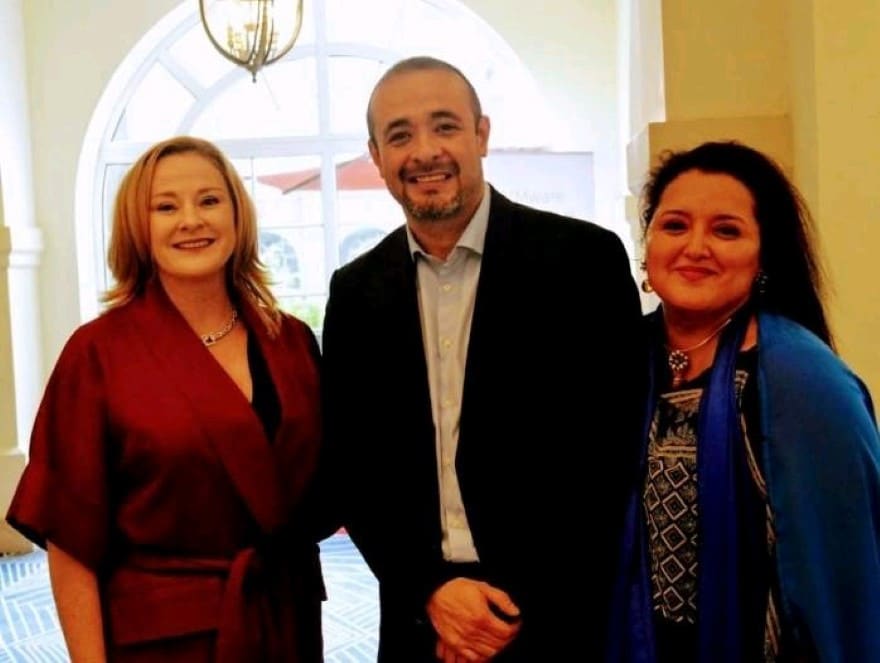 “For sure, we help companies make a profit,” she says. “The difference is in the process we help our leaders to be greater leaders, to care for universal values, to care for the planet, for inclusion and diversity.”

And about the name of Beyond Plan B: Time was when the term had a negative connotation—Plan B stemming from failure or crisis.

Nowadays, lack of a defined Plan B in any endeavor would be foolhardy. But assembling such a plan—especially for a high-stakes enterprise—may require the kind of expertise that BPB has displayed since its 2009 founding in the Big Apple.

For over a decade BPB has aided corporate clients in international expansion through cross-selling, marketing platforms and strategic alliances. Then last year BPB founded The C-Class as a business line offering personal, professional and brand development for C-level executives with an emphasis on tech strategy. 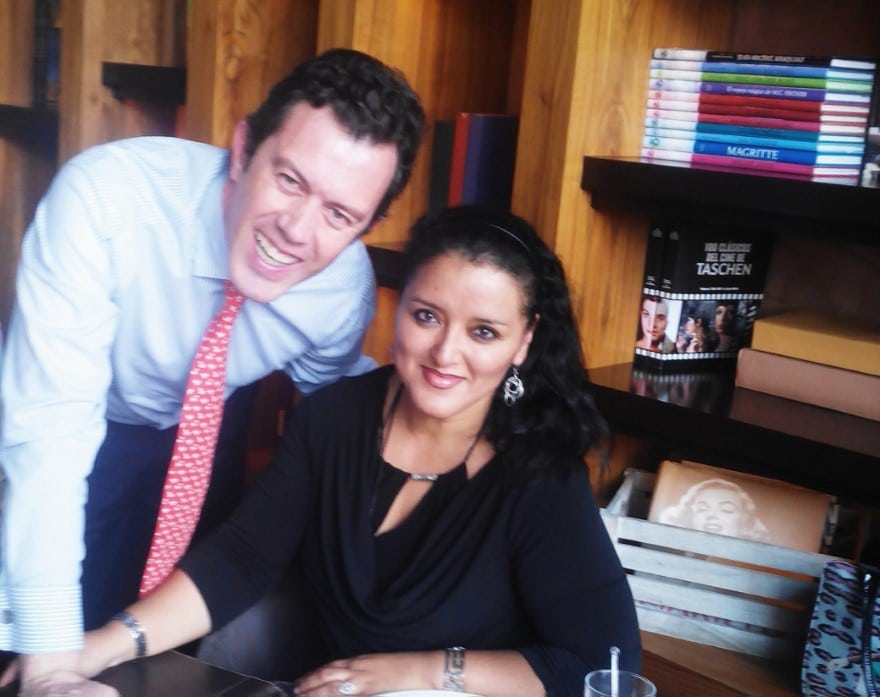 Hechem seemed the logical choice to head this division, she having served from 2012 to 2018 as CEO North America at BPB, where she remains a board member. A degree holder in political science and international relations, she earned post degrees from Universite de Liege (European affairs) and The Open University Business School in the U.K. (MBA). Her resume includes high-profile positions with many companies around the world, as well as extracurricular activities that underscore a strong social conscience.

But while she’s an achiever, she reminds there are others like her in Latin America and many countries. They just need opportunity and encouragement, the kind The C-Class is eager to spread.