A night at the movies isn’t what it used to be. Not for the younger set that expects more than just picture and popcorn.

Same goes for a trip to the bowling alley. Or to a video arcade. It’s not just about pins and Pac-Man.

Indeed the whole idea of family-style entertainment is fast evolving. At the forefront seems to be Cinergy Entertainment Group Inc., a Dallas-based company that’s putting its own stamp on the aforementioned pastimes and more. New and improved high-tech versions attract players under the same massive roof at four locales in Texas, with others scheduled for Oklahoma and Missouri, and plans for expansion elsewhere. 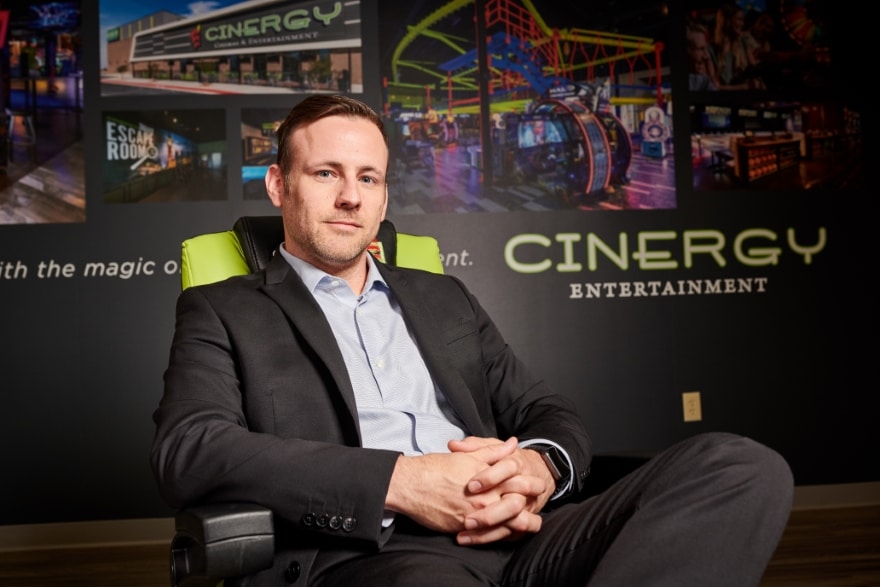 And when you’re in charge of the technology necessary to enable this next generation of fun, you’ve no examples to follow. You simply blaze the trail, which is what Nathan Hunstable has been doing in his role as chief technology officer since June 2015.

“There are no manuals for me to read,” the personable, 36-year-old Hunstable tells Toggle in March, a few weeks before Cinergy Tulsa opens its doors to enthusiastic response. “We go to conferences for the latest in each industry, but each is separate. Video doesn’t talk bowling, bowling doesn’t talk movies, and movies don’t talk video.”

But Hunstable can talk in-depth about what’s necessary to take each of those recreational pursuits to the next level. 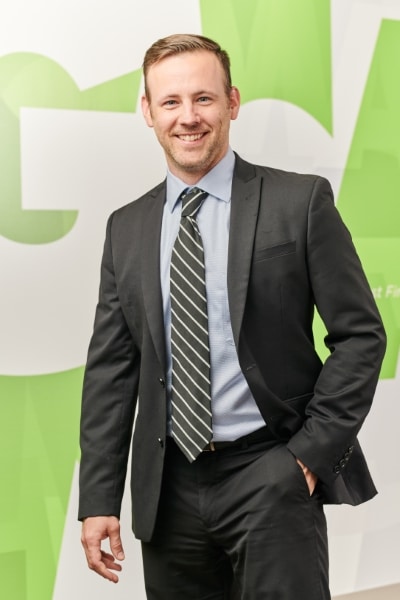 “Starting with movies, we’ve revolutionized all three of those industries, and we’re paving the way for other companies to follow,” he states very matter-of-factly.

Not that he’s fazed about competitors catching up. Nowadays more theaters are offering beer, wine, extensive menus and reclining chairs, but the folks who would incorporate Cinergy in 2009 commenced with all of those luxuries nearly 20 years ago when they launched Movie Tavern Inc. in Dallas, with a teenaged Hunstable earning minimum wage sweeping the floor.

He’d progress to popping kernels and a promotion to the projection room. Displaying a knack for on-the-job infotech learning, Hunstable would serve as a de facto IT director while studying business administration at the University of Texas at Arlington.

Years later, after founding and selling what had become the world’s fastest growing IT firm, TheHelpDesk.com—whose clients included Cinergy—he’d rejoin his old friends. Though how the movie business had already changed.

It wasn’t that long ago when a cinema could be built for a few hundred thousand dollars, Hunstable says, adding that the 60,000-square-foot Tulsa facility carries a $10 million-plus price. While the main attractions are its eight amenity-rich theaters, there are also 14 lanes of Qubica AMF HyperBowl, in which lights on bumpers provide targets for players to hit or avoid, and the alleys are illuminated by massive television screens projecting sporting events and music videos.

Should movies and boutique bowling not be to one’s liking, other amusements abound at the five escape rooms, full-service bar enhanced by 75-inch TVs and LED tabletop, and over 90 interactive games on an extensive floor. Then there’s a host of multisensory interactive attractions that include Hologate VR and the XD 4D Dark Ride which combines motion experience with 3D graphics, special effects and an immersive shooting gaming system. A single game card allows a customer to access all that fun.

An even bigger Cinergy facility in Amarillo, Texas, has 17 miles of cable, similar to what’s necessary to power a hospital’s infotech. At least to Hunstable, the stakes are just as high.

“My allowance for downtime is zero,” he says. “One day of downtime could cost us over $200,000. Thousands of people pass through our facilities in the course of a day, and I’m happy to say the ownership has allowed me to spend what I have to spend to ensure there’ll be no outage.”

Hunstable might soon hit up his bosses for an expanded support staff, as he’s now making do with just a lean team of seven, or essentially one IT specialist per physical facility. If so, novices need not apply.

“I can’t afford to babysit anybody,” he says. “I need experience. I’d put my IT team up against any in the country.” 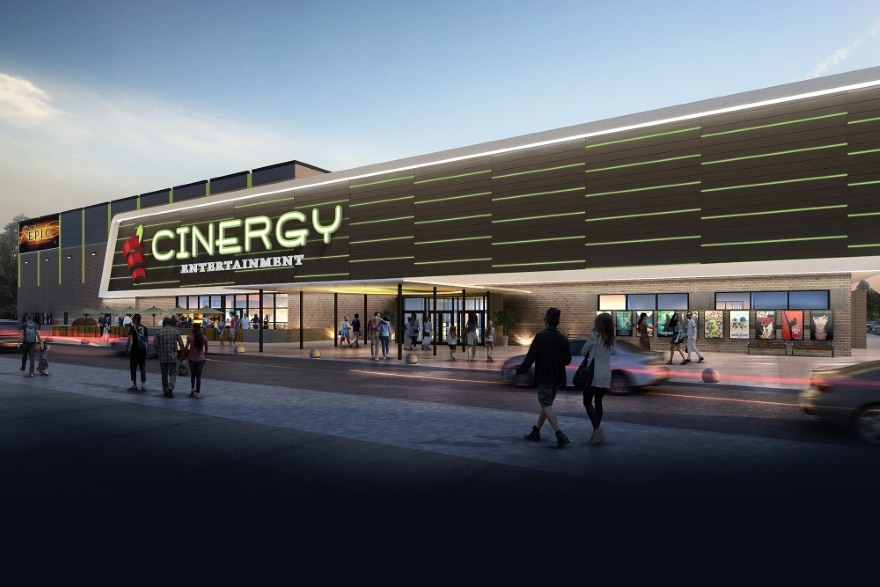 All the better if those people are familiar with Cinergy’s systems. Technology may play a critical role at any company, but here it’s everything. It’s what brings people in and keeps them coming back.

Originally the company relied on Apple TVs for content-management and digital signage, but such devices couldn’t keep pace with aggressive expansion. Hunstable would turn to Screenly Pro for digital signage and Ubuntu Core for security that’s so necessary in an operation where data collection grows exponentially.

For reliable wireless, indispensable due to the volume of appliances running at any given time, he depends on Ruckus Networks, which earned high grades as a strategic partner to such carriers as Verizon, AT&T and Time Warner Cable. Dell PowerEdge Clusters provide a common set of apps for load balancing while Enterprise technology ensures performance at the back end.

It’s a challenge, Hunstable acknowledges, keeping a thriving venture on the cutting edge of such a burgeoning business as all-in-one family entertainment. The owners are always looking for what’s next, just as they were a decade ago when they had the insight to put movie theaters, bowling alleys and an arcade in the same building.

“Unheard of at the time, but what a business model it’s turned out to be,” says the CTO who’s done so much to fine tune all that amusement. “Lots of theaters are just getting into doing what we did 20 years ago. We’ll stay a leg up.”

It’s an attitude he undertook around 20 years ago while sweeping popcorn off the floor, and he never ceases to amaze his bosses.

“Nathan is without a doubt one of the leading minds in his field, especially across all the industries that Cinergy has tapped into,” says Jeff Benson, Cinergy founder and CEO, as well as a friend and mentor of almost 20 years.