He calls himself a problem solver, but after a friendly chat with Neil Goodrich, one gets the impression that the energetic man might be selling himself at least a little bit short.

For the 42-year-old chief information officer at M. Holland may be more of an issues anticipator. And what value there is to anticipating—and remedying—issues before they become problems. 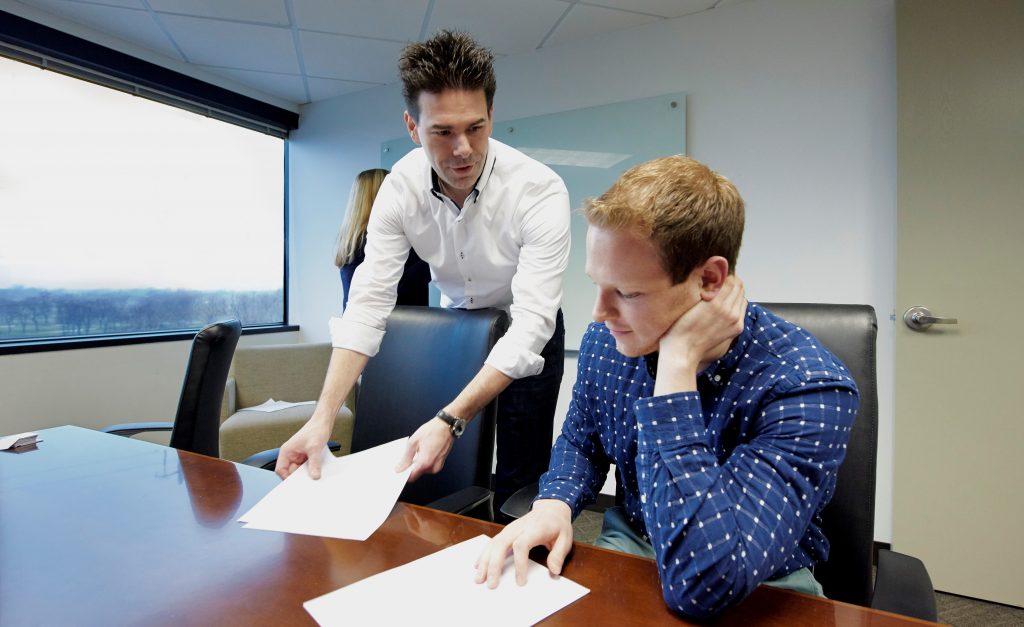 Upon coming to M. Holland in late 2013, Goodrich found the business eager for transformation. Though a heavyweight in the plastic resin distribution industry, with integrity at the center of its ethos, the Chicago-area company was ready to do things differently.

“When I arrived, the company wanted something more from IT but they didn’t know what that was,” Goodrich tells Toggle in late May from his office in Northbrook, Illinois. “The approach to technology put the onus on the end users to ask specifically what they wanted, but we wanted to change that—we wanted to be facilitators, somebody to brainstorm with.”

Goodrich wasn’t shy about asking if he or members of his IT team could accompany account managers as they met with customers, often in the automotive and health care industries. Though sales managers were initially reticent about another party’s involvement, they came to appreciate the partnership Goodrich was forging between IT and the other M. Holland departments. Especially when it streamlined operations.

“We realized that the customer often wanted to talk about a lot of things, but the account manager didn’t always have that information at their fingertips,” Goodrich explains. “Rather than have them [account managers] having to call them back, we provided them with a mobile app to fill the gaps.”

What started off as the implementation of Customer Relationship Management (CRM) software shifted into a custom iOS application that draws data from wherever it’s needed. As Goodrich explains, it was a watershed moment, the first time M. Holland could see cutting-edge IT philosophy taking shape, and how committed everyone’s been since then for it to continue.

And continue it has, with Goodrich describing it as a multiyear digital roadmap with his 12-member IT team viewed as thought leaders rather than support service.

Everyone’s encouraged to weigh in with ideas, and among the results of the brainstorming is the year-old MHX—as in M. Holland Experience—an online platform that gives customers unprecedented access to business and ordering information, including order history, price approximation, weight data, certificates of analysis and more.

Goodrich and his team are now setting their sights on fundamental capabilities that will pave the way for more innovative success in the future. “Interoperability is key,” he says. “It eliminates barriers by allowing us to share information between our ERP system, CRM platform, and data warehouses.”

Goodrich came to M. Holland as IT manager after 14 years at the luxury homes furnisher Holly Hunt, also in Chicago, starting off as a special projects manager and ascending to IT director, managing a $2 million budget and leading a consolidated team of business analysts, software developers and network engineers in developing info-tech solutions to support all company operations.

As to how he wound up in IT, it seems to have sprouted from previous interests—or maybe “osmosis,” as he describes—that put a premium on out-of-the-box problem-solving as well as keeping a leg up on the competition. For Goodrich had majored in criminal justice as a University of Illinois at Chicago undergrad and spent the early part of his professional life as a private investigator, a line of work where one must really think creatively.

“When you’re attempting to outsmart the other guy, there’s no standard operating procedure,” says Goodrich, who returned to the university a few years later to earn an MBA in operations management. “It’s pure, liquid intelligence—how to get the leg up. I think that’s the kind of open-ended thought process that permanently shaped my perspective.”

He remembers well how one of his team members suggested, over lunch, a work-flow tool between the sales and sourcing departments. Today, the homegrown application that was born over that lunch has become the vehicle used to coordinate between the two groups.

“We’re close to outgrowing it, but it proved quite a concept,” Goodrich says. “A random idea that became an enterprise tool. Prototypes never look awesome, but through them we pioneer something and keep revising it until it’s scalable.”

Could be there are plenty of initially crazy ideas in Goodrich’s background.

Like the one that has brought flexibility and increased productivity to the M. Holland sales team. Like the interactive analytics tool accessible from tablet, phone or personal computer. Like the first-ever, bottom-up tech budget, providing upper management with new levels of transparency and a 3 percent reduction in expenses. Like the 9 percent reduction in the overall budget he brought to Holly Hunt.

He won’t take all the credit.

“I’m in tech because I love solving problems,” he reminds. “Tech is the vehicle to do it, and I love to see the excitement on people’s faces when they see their ideas come to fruition.” 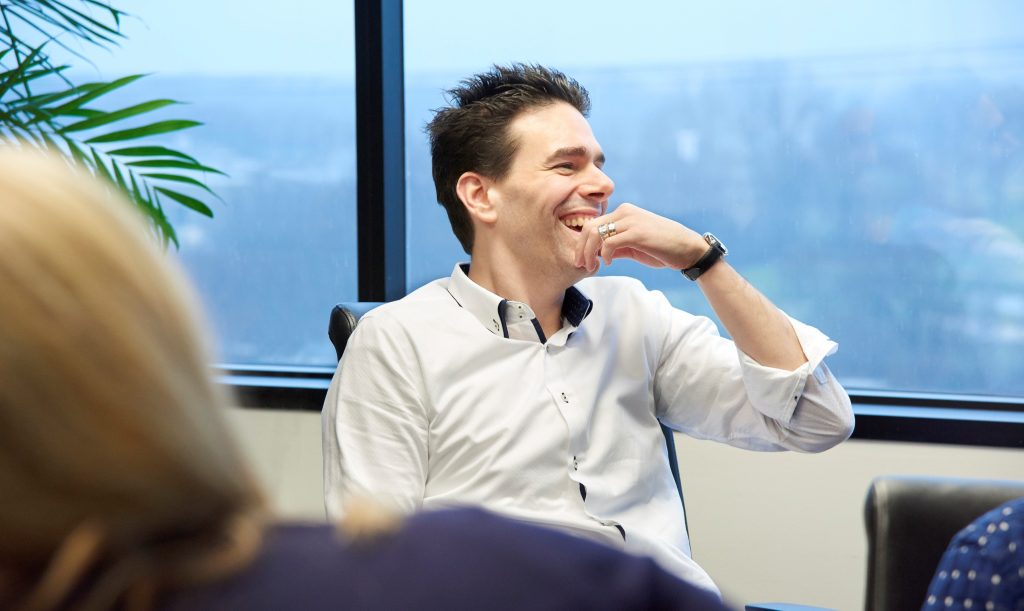 In business since 1960, M. Holland provides an ideal environment to sustain that level of excitement and engagement, says Goodrich, calling his employer “an awesome marriage of technology and leadership.”

So, his role seeming as much mission as job, what does Goodrich do to sustain his level of creativity?

“A lot of brain research,” he replies. “Crossword puzzles, board games, video games, online games—anything that fires my brain. I enjoy Six Flags as much as my kids do. It keeps my creative perspective fresh. Or maybe I’m just a big kid at heart.”

A big kid with impeccable IT creds, that is.