IT for the people

In the eyes of many Americans, democracy is a given. It’s our sacred birthright, deeply rooted and permanent, helping define who we are as people, as citizens, as a country.

Spend 30-plus years deep inside the system like Nelson Moe has, and you might have a different perspective. Democracy isn’t foolproof; it’s fragile—and, if you ask him, worth fighting for.

“Democracy does two things really well: It gives power to the minority, and it’s really good at redistributing wealth,” Moe says. “But it’s not perfect. And it hasn’t been around for that long. When we hit 1,500 years like Rome did, maybe we can boast. Until then, we have to be vigilant.” 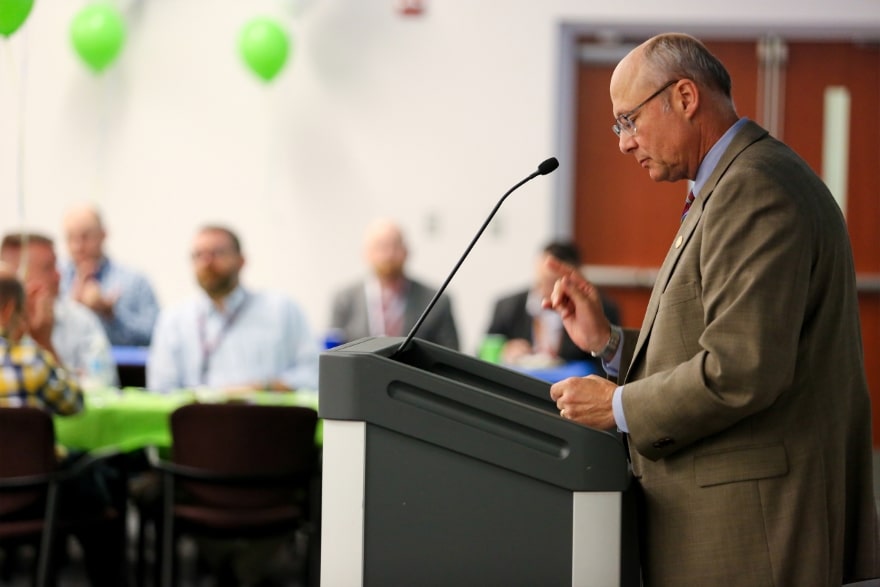 Following a 15-year run at the U.S. House of Representatives—that last three as the body’s CIO—in 2015 Moe joined the Commonwealth of Virginia, where he now oversees $2.3 billion in IT service contracts for more than 60,000 end users.

In other words: the kind of treasure trove of resources that any healthy democracy would want to protect—and improve.

Turns out, that’s no easy feat. For years, the Virginia Information Technology Agency (VITA), the department tasked with providing IT services across the Commonwealth landscape, had relied on a single vendor to service 63 sister agencies.

With the contract set to expire in 2018, the state needed a drastically different model, one that gave VITA more flexibility. Together with state agencies and interested suppliers, VITA set out to develop a new multisourced infrastructure environment. Moe came on board as the effort was getting underway, and has provided guidance and support for the new model.

He uses the analogy of a pro basketball team to illustrate this new model: Rather than having the entire roster on one super-expensive 13-year contract—forcing you to live with poor performance and a string of losing seasons—Moe said the state opted instead to give different contracts to different suppliers.

“We took a best-in-breed approach,” Moe says. “If you have three- or four-year contracts, there’s an incentive to improve, because there’s no guarantee for suppliers that they will be back. This way, there’s some built-in competition to bring the best products and services possible.”

What’s more, the contracts aren’t exclusive, giving Moe the option of rounding out his roster with players in the same positions: multiple cybersecurity platforms, and so on.

If Moe is VITA’s general manager, SAIC—a premier technology supplier headquartered in Reston, Virginia—has been the team’s head coach.  After helping extricate the state from its existing contract, SAIC has turned its attention to organizing and integrating the new influx of suppliers, with plans to begin the introduction of new and modernized services in July 2019. 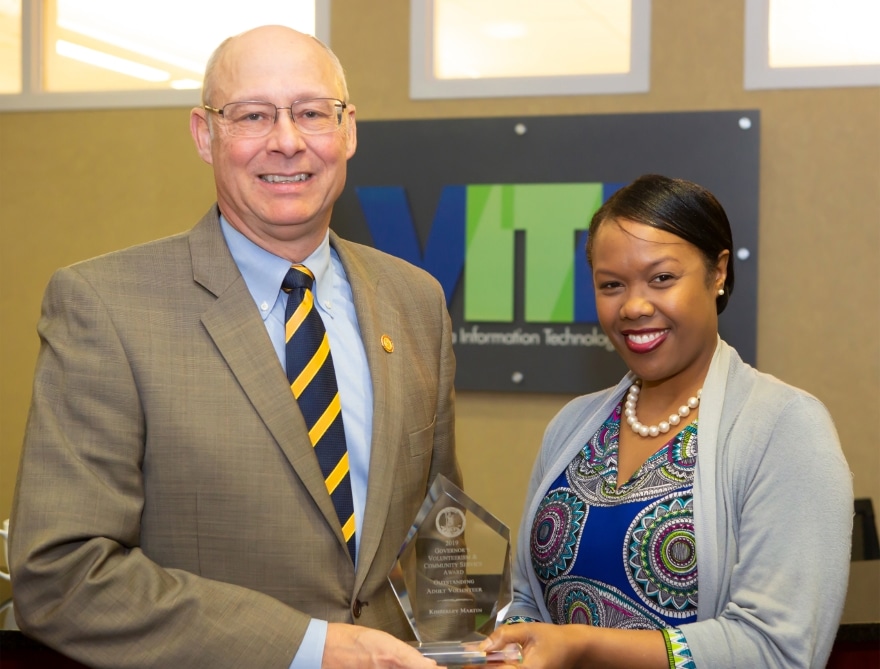 “We’re working to create a resilient infrastructure that can handle a whole host of big things coming down the pike,” says David Barber, vice president and senior director for SAIC. “None of which would’ve been possible without Nelson’s incredible leadership.”

“Big things” might be an understatement. From bolstering the state’s Medicaid infrastructure to accommodate 250,000 new enrollees (as a result of Virginia’s 2018 Medicaid expansion law) and strengthening critical election software, thereby reducing the wait time for the state’s help desk from minutes to mere seconds, SAIC has, according to Moe, been “critical to the success of our ecosystem.”

VITA’s biggest impact, however, is on the state’s IT nuts and bolts—email, calendars, mainframe support, server storage, security, voice and data networking, and other infrastructure services—much of which needed an upgrade.

Take the state’s email system. Until recently, the size of each employee account was limited to 250 megabytes, or about a third of the space required to watch just one hour of Netflix on full-screen mode. Because of the limited storage, users would routinely have to delete old emails just to free up enough space to send a new message.

“It’s a microcosm of the larger effort, meaning we’re actually paying less for better services,” Moe says. “We’re seeing that across the board. And that allows us to do a whole host of exciting things.”

One long-term goal set by Moe and VITA involves using virtual desktop integration (VDI) to improve Virginia’s vast cadre of computers and laptops. By hosting the state’s growing array of applications on remote servers, Moe and his team can load a machine with software in a matter of seconds.

“We can be much more dynamic about how we assign software across the ecosystem,” Moe explains. “It used to be that hosting everything on the cloud was more expensive. That’s no longer the case. And the implications for organizations of this size are enormous.” 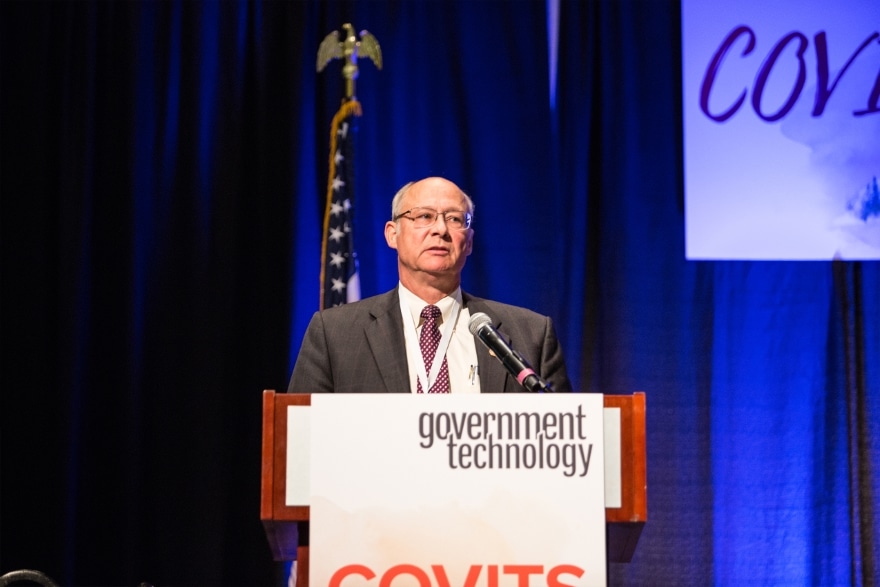 In time, Moe hopes to delegate much of the application-allocation process to the employees, through what’s known as high productivity application platform as a service (try saying that five times fast), or hpaPaaS. Simply put, the tool bypasses the traditional coding process by letting users build and deploy applications via easy-to-use drop-down menus.

He’s also keeping a close eye on emerging technologies, including artificial intelligence (for things like call center automation and accounting) and blockchain, which looms large as a potential cybersecurity game-changer.

For a state that struggled for years with one long-term contract, resulting in a lack of competition and limited visibility into systems, Moe says the last three years have been positively transformative.

As for the future? We might need a different adjective entirely.

“Let’s say the internet of today is the size of a business card, in terms of number of users, addresses, connections, whatever,” Moe says. “In a few years, the number of possible addresses will be the equivalent to the area of Neptune’s orbit around the sun. Think about that. Government has a real opportunity to capitalize on that and make life better.”

So long as we don’t take it for granted, that is.