Wired to see students succeed on or off campus

Nick Pitre knows what it’s like to juggle an info-tech livelihood with the pursuit of higher education. To begin with, an IT boss can be like a first responder, being summoned to the scene of a web malfunction that respects no hour of the day. Then, almost being forgotten about until the onset of the next crisis.

“Online college can be a necessity if you want to continue learning,” says Pitre, the systems administrator at South Louisiana Community College, whose workload increased significantly following last year’s departure of IT director Angel Littlejohn. 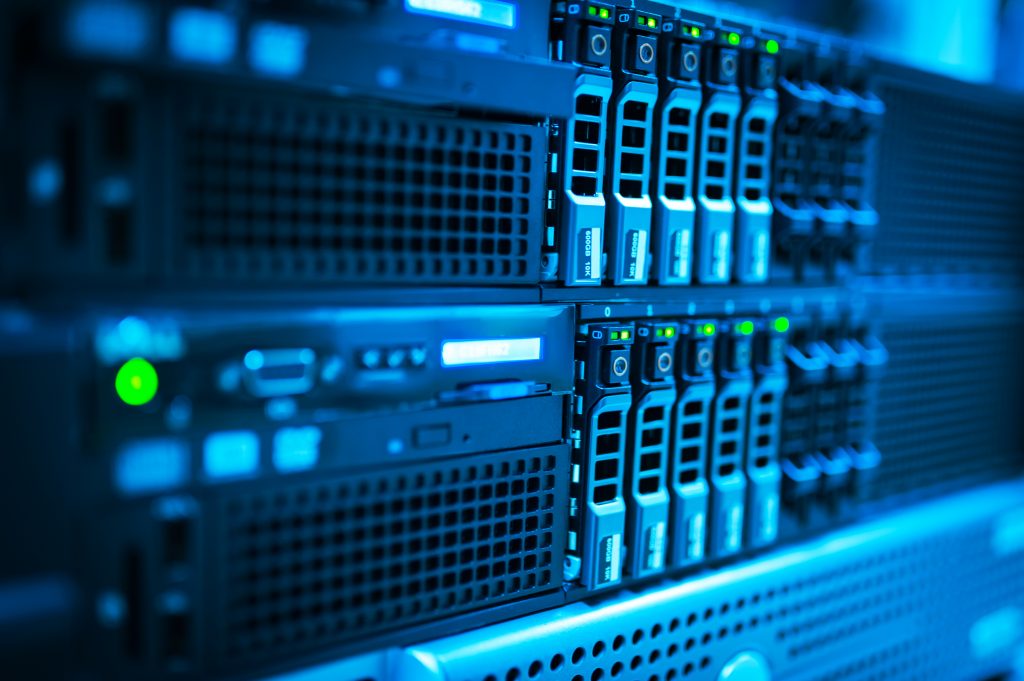 “When you’re working IT, your schedule is very unpredictable. Above all, you’ve got to make sure things stay running. Committing to a traditional night class is something I couldn’t do.”

That’s also a commitment that many young people have a hard time making, regardless of their working lives or academic pursuits. Pitre earned his Bachelor of Science in information technology-security last year, through the extensive online curriculum at Western Governors University. Now, he strives to enable SLCC’s students to do the same by harnessing the cutting-edge means so necessary in any kind of modern education, be it Ivy League or community college or voc-tech.

Virtualization is the word, and the energetic 34-year-old—a member of the SLCC tech team since 2008—seems just the man to sustain and take it to a higher level on all campuses.

Established in 1997 to provide academic and vocational training in the parishes of Lafayette, Acadia, Evangeline, St. Landry, St. Martin, Vermillion and St. Mary, SLCC merged with Acadiana Technical College in the summer of 2012, creating one of the Bayou State’s largest community colleges.

Now an eight-campus institution serving a most diverse, 8,000-strong student body, SLCC represents one of the most affordable and versatile ways for a young person to establish a career path, or for a middle-ager or baby boomer to change directions. 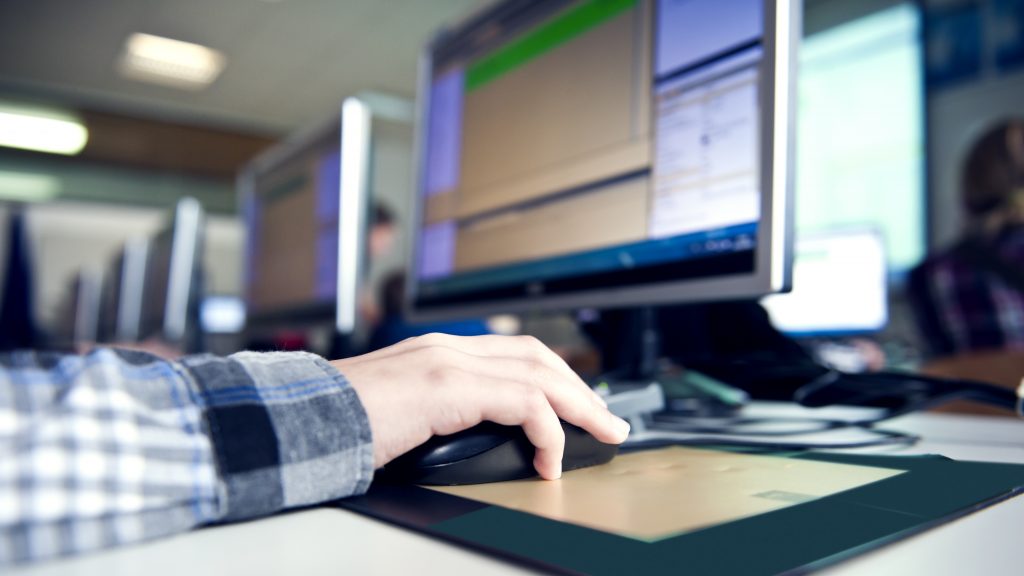 But with course selections varying among the campuses, a student might be hard-pressed to attend every worthwhile lecture, particularly if he or she is also working.

Fortunately, Littlejohn inherited and initiated many progressive programs that Pitre is continuing. She had set out to streamline systems, rein in IT spending across departments, tighten cybersecurity and establish a trackable help desk ticket system.

And, of course, continue the virtualization effort that’s now in Pitre’s hands. The day may not be far off when an SLCC student can get a degree without setting foot on any of the campuses.

“We use virtual desktop for classrooms, student labs and employees in some places,” Pitre explains. “We started doing this around 2011,  because we can schedule and automate updates and software installs, and customize the desktop based on who is logging in.”

An ongoing process is virtually customizing labs via Cisco Systems for whatever a curriculum may call for, with distance-learning capabilities,  allowing students to opt for online courses or video-conferencing, or a combination of the two. Pitre hopes to have livestreaming connected to all devices by summer, thus enabling instructors to lecture from remote locations. Cisco plans to do a case study on the school’s methods and success, SLCC having gone from almost no virtualization to 95 percent virtualization in just a few years.

He’s also supporting other Littlejohn legacies such as enrolling SLCC in Amazon Web Services, which provides a cloud-based platform that enables on-demand infrastructure services such as storage, databases, computing power and networking.

To Pitre, it’s another indicator that the IT team of a lean seven is living up to its mission.

“It’s probably the most important factor, a school being able to compete with others,” he tells Toggle from SLCC’s main campus in Lafayette. “When I first went to technical school, there was just one in the area. There weren’t online schools, but there are so many today. We have to make it easy for students to access classes online or video conferencing, or they’ll enroll elsewhere.”

SLCC also links in with area unemployment offices, its grads capable of filling any number of unmet roles in the working world.

There’s another role that the SLCC tech team hopes to play, and that’s narrowing the gender gap in the infotech industry. Though teeming with opportunity for any young person with a knack for technical thinking, it remains male-dominated. Littlejohn always was one to encourage other young women to follow her into the wired world, and Pitre is comfortable taking up the cause, too.

“She was the kind of person whom, if you were competent at your job, she’d leave you to do the work and not be looking over your shoulder,” says Pitre, who treats his team the same. “When I took control of a virtualization pilot project around 2011, she gave me her full support to take it forward.” 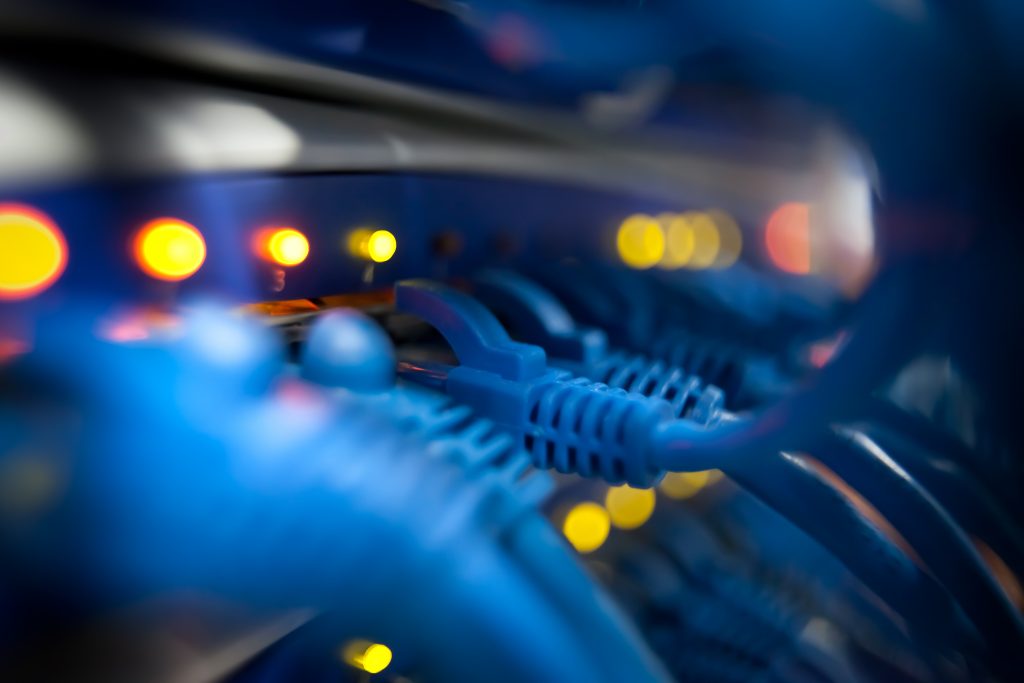 Come fall, a permanent systems administrator will likely be in place at SLCC, and Pitre intends for that man or woman to have a system unified and humming across all campuses. Virtualization, of course, is where the future is, and Pitre doesn’t need reminding that the future is now.

Having never known a non-wired world, Pitre had the advantage of a farsighted father who emphasized a couple of decades ago the direction the world was going. The pace has only accelerated.

“I don’t quite remember when we first got internet, but it was before AOL,” he says. “I remember CompuServ and how excited my father was. He got us a subscription and said that one day people would use it for everything—shopping, you name it. I thought it was crazy, but that was my introduction to the tech world.”

Seeing that world’s potential, Pitre got his degree in applied technology and industrial electronics technology from Louisiana Technical College in 2007, and began work at SLCC one year later as a help desk  technician, gradually moving up the ladder to his present status as interim boss.

It’s an impressive infotech resume, but could be topped someday by his son, a most precocious 3-year-old who seems to be learning just fine on his own.

“He can jump on a tablet or take my phone and find his games on it,” says Pitre. “He’s even called me after finding my number.”