At 33, Nick Szymanski is eager to build an IT legacy

Back in 1984, finding someone with Nick Szymanski’s title—chief information officer—was about as common as owning a laptop.

The fact that Szymanski wasn’t even born yet, underscores how enormously the IT world has changed. To be sure, it’s a transformation the 32-year-old CIO of Richmond University Medical Center (RUMC) knows he must embrace.

But it’s not just the tools that need to evolve.

“IT in healthcare has operated a certain way, in certain silos, for a long time,” Szymanski explains. “Nowadays, IT touches everything, so we have to be able to work together to develop the solutions that impact patients in a positive way.”

Just months into his new role at the Staten Island-based Richmond University, Szymanski is less focused on constructing his grand vision than he is on laying the necessary foundation.

From the motherboards up

It starts with network security, which Szymanski says is not only a pressing issue, but a useful way to think about unifying information technology infrastructure.

To assure the hospital’s systems are all up to date, Szymanski instituted a policy of scheduled updates, where all non-essential computers are shut down long enough to perform basic hygiene and maintenance. 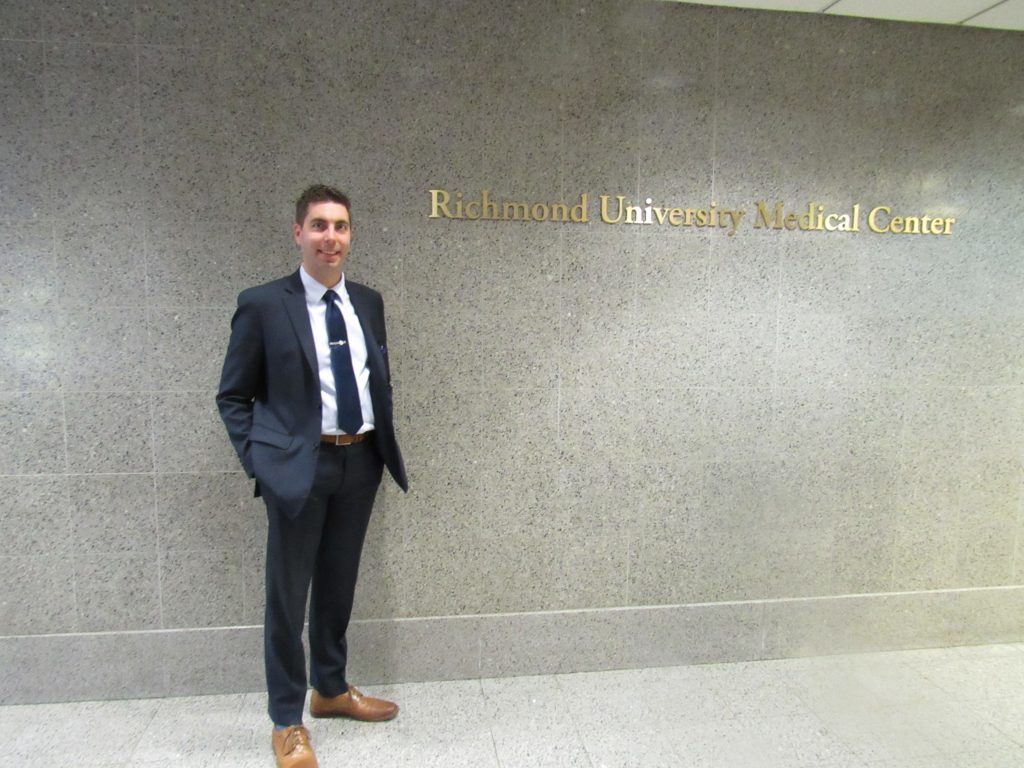 “That’s something that used to be avoided, and that a lot of hospitals still avoid, because it interrupts service,” Szymanski explains. “But it’s an easy way of getting everyone on the same page. Even if it’s inconvenient, everyone understands the stakes.”

In addition to these weekly reboots, RUMC has tightened its approach to asset inventory and identity management, requiring more robust authentication credentials throughout the hospital’s myriad departments.

The goal, Szymanski says, is to encourage an environment where he and his team are “always on the pulse” of existing and emerging threats, nefarious phishing schemes being foremost among them.

Security isn’t the only area ripe for streamlining, however. Another measure undertaken by Szymanski was to transfer tech-centric personnel from other departments into IT—including picture archiving and communications (PACS) and biomed technicians—resulting in eight new staff members.

As a corollary, Szymanski wants to sync RUMC’s 10 independent systems with a new electronic medical records database (EMR), to assure that practitioners have access to the most up-to-date information possible. That, in turn, will contribute to better patient outcomes—what Szymanski calls “the ultimate goal.”

In addition to better internal monitoring, the IT team is also exploring ways to enhance the patient experience beyond the hospital. One project currently in the works is the development of a RUMC mobile app, giving users access to everything from emergency room wait times to detailed directions inside the hospital.

“Our aim is to reach patients more quickly and more regularly,” Szymanski explains. “Ten years ago, having a website satisfied that objective. But that’s not enough anymore. It’s important that we utilize and adapt to the new technologies, especially where obtaining information instantly is key.”

Indeed, as pragmatic as his projects sound, Szymanski doesn’t shy away from letting his own youthful enthusiasm inform his wider vision.

At 33, Szymanski isn’t just the youngest CIO in the hospital’s history; he’s the first. It’s not the only role he’s held there, either; Szymanski also served as the hospital’s IT director from 2013 to 2015, before an interim stint at New York Presbyterian Hospital.

Despite the detour, Szymanski says IT personnel hadn’t changed much when he assumed his new post this past November, making for a relatively seamless transition. And while there are still instances when Szymanski’s youth is given a double-take, his deep knowledge of RUMC’s infrastructure has afforded him a comfortable seat at the table.

“The best learning experience has been seeing how IT can help other areas of the business and operations,” Szymanski says. “Whenever we have a conversation with the executive team, we always address the role IT is going to play.”

Unlike larger health systems, where staff can be in the hundreds or even thousands, RUMC’s modest size requires Syzmanski outsource some of its core functions (storing internal data on the cloud, for example). As such, it’s imperative that he and his team foster a close relationship not only with vendors, but with the executive board approving the projects.

For Szymanski, technology is merely a means to an end. What separates smooth-running hospitals from inefficient ones comes down to a threefold objective: do things well, consistently and—most important of all—together.

While he might be part of healthcare IT’s new wave, Szymanski’s goal—to provide the best, most efficient service possible—is one he believes should stand the test of time.

“What you put into it is what you get out of it,” Szymanski says. “Even a year from now, if we’ve fostered stronger relationships between the departments, that’s a huge start. The end game of all this is to become a more stable, secure environment that produces better outcomes.” 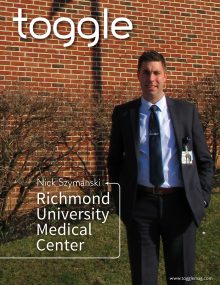