It’s Dec. 31 and the clock just struck midnight, ringing in the new year—and the opening of State of Alaska’s online form to purchase a state fish and game license. Since 2011, except for 2019 and the pandemic, Alaska has annually issued well over 800,000 licenses to residents, non-residents, professionals and commercial crews.

The thousands simultaneously logging on to the site would bog the system, and Alaskan Gov. Mike Dunleavy wanted a smoother, faster experience for the applicants.

Enter Niel Smith in December 2019 as deputy chief information officer. He brought his love for the state where he was born and raised, as well as over two decades of experience managing information technology departments and networks for Alaskan companies in Dillingham and Anchorage. 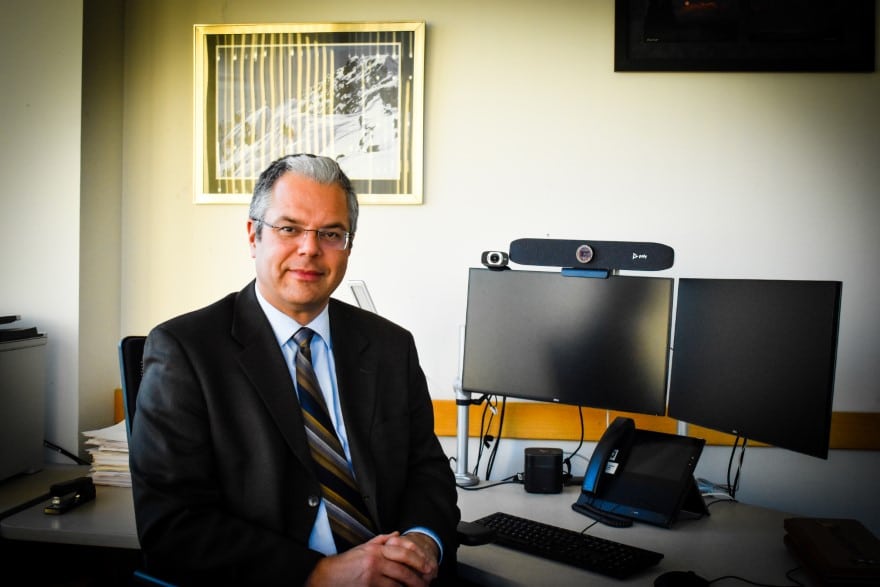 Out of the nearly two dozen webpages, Smith tackled the Department of Fish and Game’s portion first. Working with Fish and Game developers, he’s changing the on-premises system (rows of bulky servers) to digital cloud storage—with a projected completion date in 2022. That will not only speed up the site for fishers and hunters but will be more cost effective.

“Using the cloud allows us to scale up and down as needed, so we can purchase more storage during the licensing time period, then drop back down for the rest of the year,” Smith explains. “With physical servers, we’d have to purchase equipment and storage to handle the influx on January 1, even though we don’t need such extensive processing for the remainder of the year.”

That’s one reason why Smith wants to transition all of the state’s principal departments—from administration to health and social services—to the cloud. According to him, this shift to the cloud won’t only save time and money but will also help the state comply with Administrative Order Number 284.

Passed on April 25, 2017, the order calls for information technology consolidation to address “inconsistencies or redundancies.”

Alaska has over 15 departments, and each one had separate information technology staff, Smith explains. It became unwieldy, especially with each one creating unique standards that also led to security vulnerabilities. One department might have a certain firewall and the others might not have strict guidelines for passwords, for example. 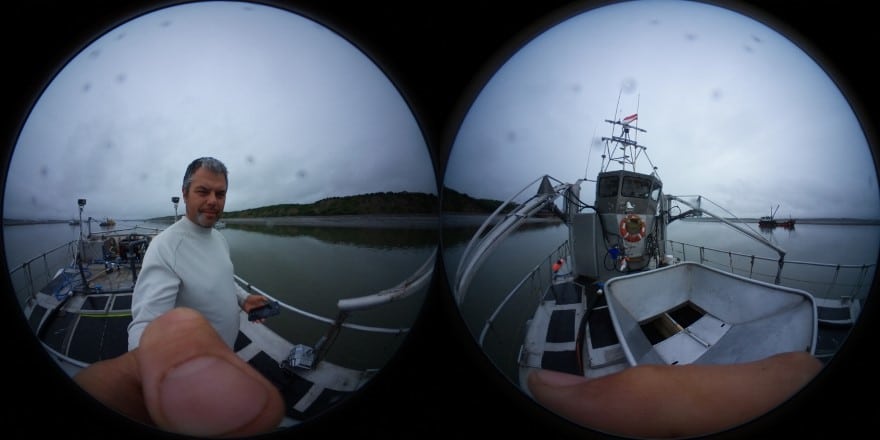 In response, Smith and his boss have been laying the groundwork to consolidate all the information technology units into a central, overarching one. He adds that before he and his boss—who joined a month before him—were hired, each department had a data center. With the two collaborating, they’re reducing 15 data centers down to two—one in Juneau and one in Anchorage while introducing an Azure cloud option.

“Right now, we’re about halfway through local server consolidations and beginning the move to the cloud, but we’ve already implemented several security measures, such as digital document signatures and multi-factor authentication,” Smith says.

He adds that the most difficult part of the transition was—and mostly still is—convincing people to trust the cloud as the technology has outstripped ways of thinking.

When the COVID-19 pandemic hit, however, it did force many to change their thinking, Smith recalls. In particular, the Department of Health and Social Services needed to track COVID-19 tests and vaccinations, as well as create applications for residents to do the same. Similarly, the Department of Labor and Workforce Development had to manage an influx of unemployment applications, process them and allow applicants a way to track progress.

A few weeks after the start of the pandemic, the State of Alaska received CARES grant funds to move data from physical servers to the cloud so every department—not just Health and Social Services and Labor—could respond faster in any emergency, such as a pandemic. Yet, Smith says he still has to work to convince application developers in each department to trust the cloud. 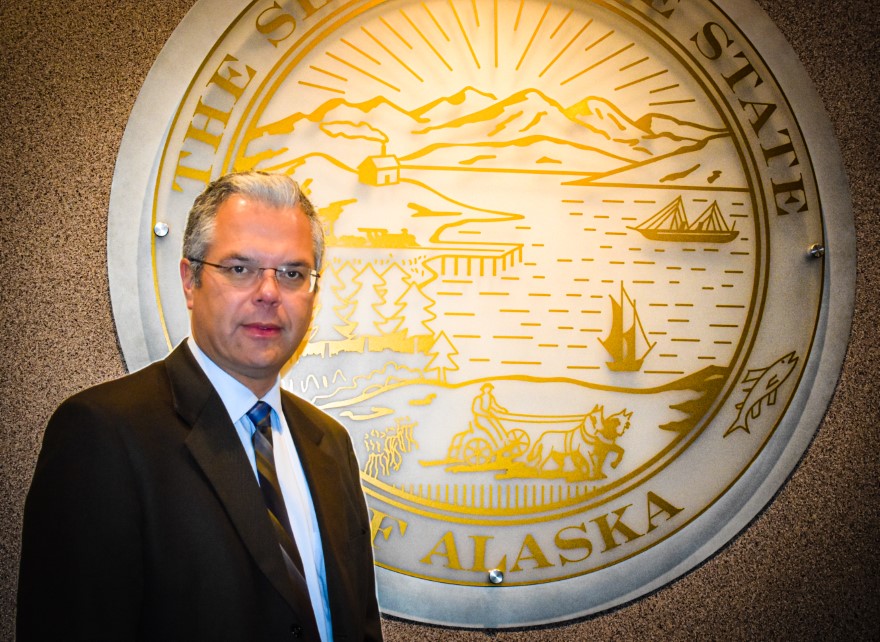 However, the pandemic did help Smith make other much needed digital upgrades. When people began working from home, his division immediately needed to provide remote access to those who could not take their laptops or desktops home. This meant increasing the virtual private network licenses from 1,000 people to 7,000.

The division also needed to protect data, so Smith obtained Microsoft G5 licenses to implement a zero-trust identity model. This means if an employee is supposed to be remoting into the network from Anchorage, but the system is reading their location as Hong Kong or even Washington, D.C., that employee’s access will be blocked.

“The pandemic was a catalyst,” Smith says. “I had been gearing up for a fight to implement Microsoft Teams across all departments, but when the pandemic struck, the commissioner and governor gave us the freedom to do what was needed.”

The state increased Microsoft Teams license from 500 employees to 15,000. They then brought in Microsoft trainers to conduct virtual training three times a week.

“We kept an eye on the metrics and saw that we had around 1,000 participants for each session,” Smith recalls. “We started deploying Microsoft Teams as a universal tool and the trainings in March. By May, they’d hit 80 percent adoption.

Communication has always been imperative to Smith. In fact, he has a Bachelor of Arts in secondary education and teaching from Brigham Young University. By the time he graduated, though, he realized he had a knack for technology.

He came to this realization on the slippery decks of the commercial fishing vessels on which he worked during his college summers and where he continued working during his first few network administrator positions. 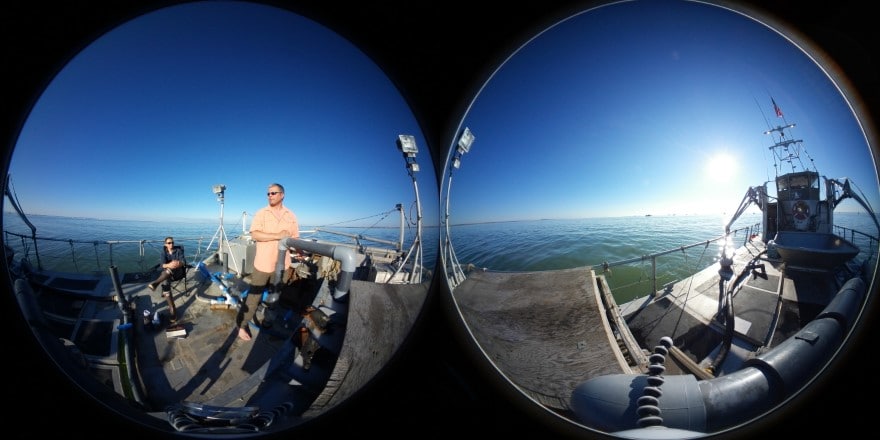 “Working on a boat has directly shaped my IT strategies,” Smith says. “A lot of times, you inherit a problem like a faulty boat navigation system. You can’t waste time placing blame; you have to quickly fix it, so you don’t crash into others and can concentrate on pulling enough catch on board.”

After making his way through the roiling waters of Southwest Alaska, he worked for several healthcare companies, including crafting telehealth solutions for the Alaska Native Tribal Health Consortium.

When asked why the switch to the State of Alaska, Smith’s answer to Toggle was simple: “Alaska is my home, and this gave me the chance to help communities across the state. 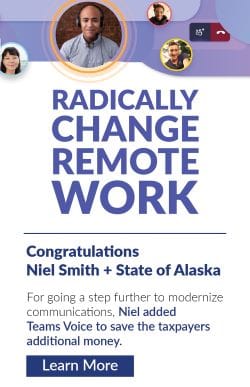 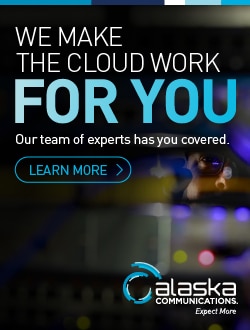