One in five. That’s how many young Nebraskans are said to be the beneficiaries of vast technological improvements sweeping through the state’s largest school district, courtesy of a partnership with Microsoft and the creative input from an executive director of IMS who has brought connections to Microsoft and district-wide changes to Omaha Public Schools (OPS), an urban island in a sea of rural districts.

OPS is undergoing a major, tech-based transformation, aptly dubbed “Transformation at OPS.” Its aim is increased digital access and digital equity, and it’s being made possible by strong relationships with strategic partners like Microsoft. 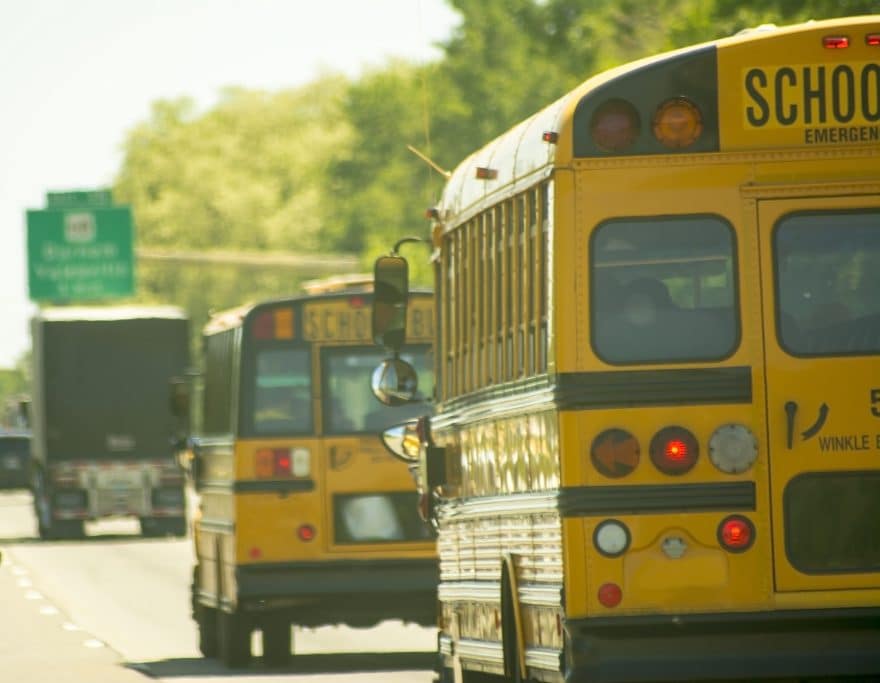 Not only has Microsoft help bring modern tech tools to OPS. OPS has helped Microsoft build and fine tune its Microsoft Classroom. That kind of two-way, modern collaboration has elevated OPS to a new level tech access and savviness.

Transformation at OPS began, in essence, three years ago, when OPS Superintendent Mark A. Evans asked Rob Dickinson to come to Omaha as the tech-savvy executive director of IMS. The two had worked together for 10 years in another state, and Evans wanted Dickinson to bring the district up to 21st century speed.

Dickinson agreed and brought with him an impressive Rolodex, with high-up contacts at companies like Microsoft.

Under Dickinson’s leadership, OPS trained 100 teachers—about one per school—as Microsoft Innovative Educators (MIE), with many of them retaining ties for continued dialogue and improvements between OPS and Microsoft. One year later, OPS trained another 100 teachers as MIE.

Then, Dickinson and his team replaced OPS’s outdated email system with Office 365. Microsoft named OPS a FastTrack client, meaning it offered best practices, tools, resources and experts for the transition to Office 365. That allowed OPS to onboard 60,000 accounts of teachers, students and administrators, etc., in less than 2½  months.

The district’s MIE helped smooth that transition in each OPS school, but Dickinson says for the most part, teachers and staff needed little convincing that the changes would allow them to access more digital tools and manage their workloads online. 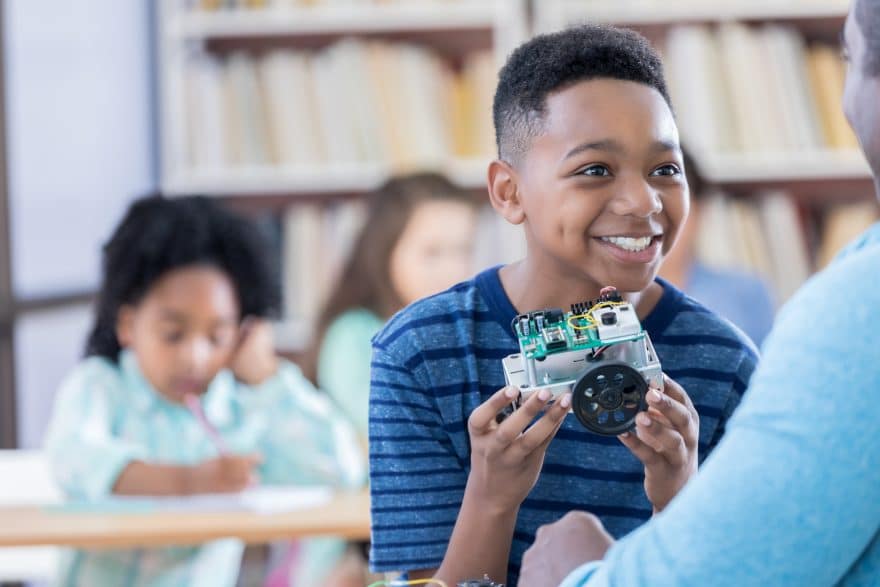 In addition, through the Microsoft Student Advantage program, those with OPS Office 365 accounts were able to download five installations of Office on their personal mobile or home devices. That enabled OPS to extend digital access and equity to all of its students, teachers and faculty.

While this was happening, OPS helped Microsoft develop its Microsoft Classroom.

“Omaha really hadn’t done a lot of anything in a long time,” Dickinson says. For a product developer like Microsoft, that’s appealing because it offers a blank slate. It allowed OPS and Microsoft to “create something authentic,” Dickinson says, rather than have to blend new solutions and old software.

As part of that collaboration, OPS built SharePoint sites so that all of its schools had access to current tools and dashboards. Along the way, Microsoft tested its Classroom apps in actual OPS schools and sought feedback through the 200 OPS MIE.

Now, OPS teachers have access to dashboards, which can track student data like grades and attendance and a host of educational apps, including personalized learning apps, through which students can take short assessments and receive lessons tailored to their performance.

Dickinson’s team constantly vets its education apps, and Dickinson says OPS benefits from having an onsite, full-time employee from Common Sense Media—a nonprofit organization dedicated to helping kids thrive in the world of media and technology.

Now, when teachers want to use a new app in the classroom, they input basic information into a SharePoint form. Then, it is vetted through different groups, including a data privacy group, curriculum developers, principals, teachers, students and others. 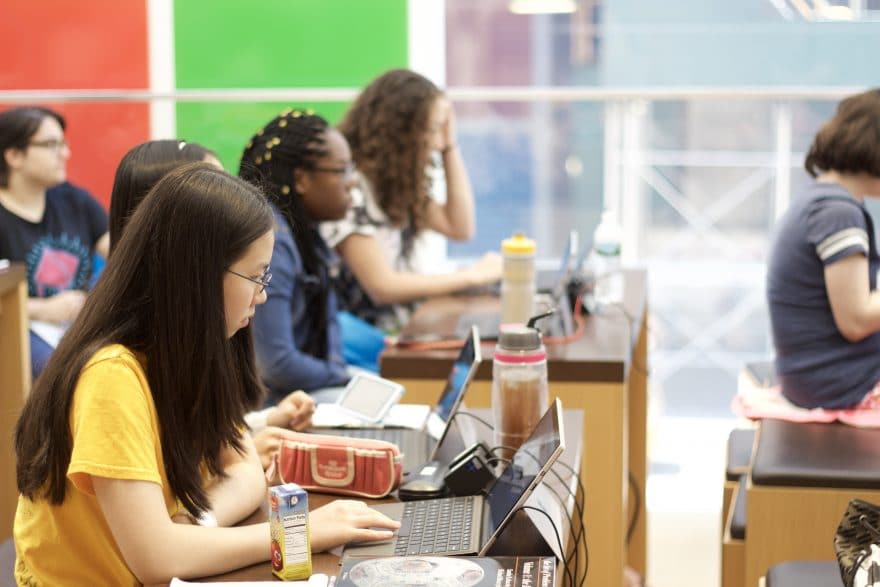 In one instance, educators requested a role-based learning app that assigned students various roles and then assigned problem-based learning activities for those roles. The Common Sense Media employee working with OPS pointed out that the terms of use were not up to OPS’s standards, so OPS went to the vendor and explained that, while they appreciated the objectives of the app, the district couldn’t sign on under the current terms.

About 3½ months later, the vendor came back with updated terms, and OPS was able to add the app to its offerings.

This is just the beginning for OPS, and there are signs the district will soon sail into uncharted territory.

In 2016, the district launched the first virtual school in the state. That K-8 school is targeted at homeschooled students, and it offers a blended learning environment, through which students receive most content remotely via the internet; they come to a brick and mortar building for  face-to-face instruction once a week.

Presently, that virtual school is operating outside of Nebraska’s “legislative verbiage,” Dickinson says, meaning Nebraska doesn’t have any laws pertaining to or regulating virtual schools, but OPS is not letting that delay progress. It is building partnerships with local community colleges and STEM high schools and planning to expand curriculum for ninth graders in the 2018-2019 school year.

And, the latest bond election approved $8 million for new devices, which along with the mobile learning unit, will drastically increase digital equity, Dickinson says.

The district certainly has its hands full, and now, with the wheels of transformation in motion, Dickinson has a keep on keeping on mentality. “I think doing things really well for a while is probably a good next step,” he says.