Processing payments at the speed of light in Argentina

In 2012, when a workman unplugged a patch cord in the core switch at Prisma Medios de Pago, shutting down Argentina’s largest payment system for two hours, it created plenty of problems for the Buenos Aires-based company. 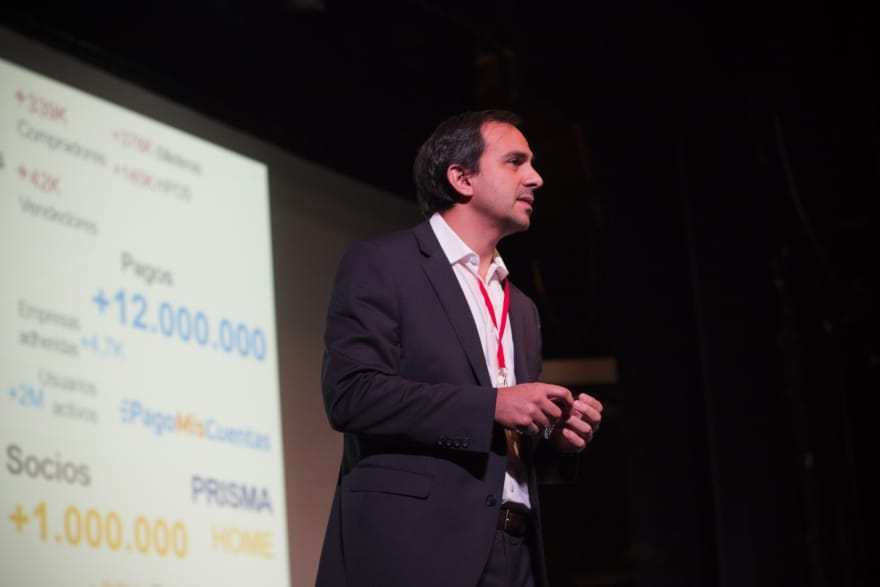 When the company’s executive team clamored for assurances that this would never happen again, Cattolica— now Prisma’s chief information officer—took on the project; a gambit that left his colleagues wondering if he had gone crazy. After all, the company logs in more than 9 billion in transactions each year—70 percent of them in Argentina—so a lot could go wrong.

“I thought, ‘I will take on this worst-case scenario and will make our best efforts to excel in quality, performance and availability. This will open a new chapter in the company,’” he says.

At the time of the mishap, Cattolica was very motivated in his position as head of international business operations—a role that always had a technology component. Senior managers were hoping against hope, however, that he’d become the new IT manager, but worried that after the patch cord mishap, perhaps he’d never take the position, which he called “a very hot chair.”

But they were wrong.

“I felt a responsibility to help the company move forward in terms of stability, quality and wanted to develop a more aggressive program with important investments and excellence in service, “Cattolica says. 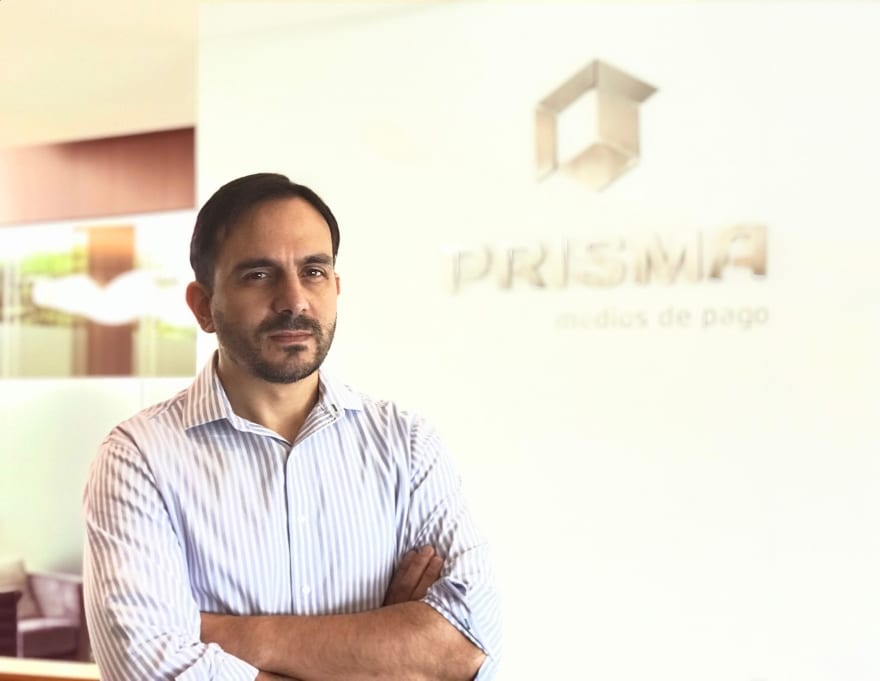 Taking on the role of IT manager, he set forth to take the necessary precautions that would safeguard future operations. That involved moving central processing from where it had been for 25 years to a new hosting location.

“It was a hostile migration, involving almost all of the employees in the company,” Cattolica says. “The risk was to affect the electronic payments systems in Argentina and some customers in LATAM. It was the riskiest project ever involving business continuity as never before, but we were successful. It was executed in record time and generated a lot of trust from the different stakeholders.”

Not all of Cattolica’s efforts have been defensive, however. He’s also provided key technical information and guidance to help secure a slew of high-powered deals.

Without a doubt, Cattolica was kept busy pulling together the last bits of technical information to support the $1.4 billion acquisition. The global private equity investor now has a 51 percent share of Prisma, stemming from a deal put forth by a group of 14 banks and Visa International in Argentina.

Cattolica says with Prisma ranked as the top transaction and payments company in the country—servicing 14 countries across Latin America—with lots of product capabilities and strategic assets, it was attractive to many potential investors.

“We had a lot to process. Regulators were very intensive making new norms to the banking and payments players, while the potential buyers wanted to understand the different business, markets attended, systems and its architecture we were working with,” he says.

Indeed, the high-stakes deals proved to be familiar terrain for Cattolica, who also helped button up the merger between Visa and Banelco in 2014, in addition to laying the groundwork for the company’s new 30,000-square-meter headquarters—the largest building in the technology district of Buenos Aires.

Having quickly caught his breath following the Advent acquisition, Cattolica’s team continued with the remaining phases of one of the more strategic actions on the core transactional platform.

“With more than 650 million requested transactions per month running across the core transactional platform and being exported to 20 banks across Latin America, it’s a very big issue for our networks,” he says. “With these projects there must be no outage and they must be transparent to banks.” 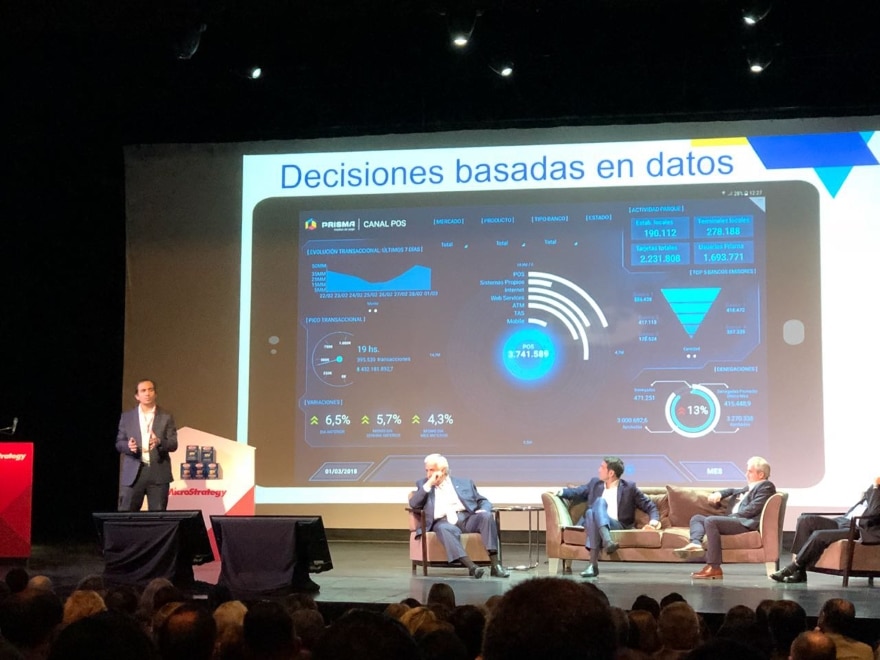 Complexities of the project can be traced back to the Visa Argentina and Banelco merger. As Cattolica (who was then a COO) explained, Prisma had to reconcile the different platforms, operating systems and core applications of both businesses.

“It wasn’t a minor issue, because you are dealing with consolidating more than 30 years of functionalities in one single system,” he says. “Given the complexities, the project is expected to take up to three years. Conducting business can’t stop, so you have to build a strategy to coexist while you migrate and let the business processes flow.”

As mentioned before, Cattolica and his team have immersed themselves in a future Core Systems Integration Project, aimed at developing a new ACI world class payment system by 2020.

“I’m always eager to take on new projects that help transform the company,” Cattolica said on his way back from a lunch with his team, where they celebrated the final phase of the construction of a Tier 3 data center, aimed at consolidating 12 existing data centers and providing more transparency across the company. “It’s extremely hard work, and probably no team could do what these guys did, but with this committed team, they make it possible.”

It’s not just his internal team that Cattolica relies on, however.

To better enable thousands of transactions per minute, Cattolica entered into a partnership with Chilean-based Kuvasz Solutions (KVZ) in 2017. Based in Santiago, the software development company is a certified technology partner of ACI Worldwide, the world’s leading payment solutions company.

As Product Manager Sebastian Gonzalez says, Prisma required updating its main payment platform, from two existing platforms. To that end, KVZ managed the migration of the previous platform to BASE24-eps, the latest in payment technology. As he explains, three key elements are critical in processing transactions: authorization of transactions, connections with international networks and the acquisition.

What appealed to Cattolica was KVZ’s emphasis on safety, optimization and performance for cardholders and merchants—even with overseas transactions. Initiating the project at the end of 2017, he expects completion by 2020.

“KVZ works very good with us. All the goals are set. This is one of the largest projects in their history, in terms of the size of company and level of transactions,” he says.

Cattolica is very enthusiastic about the future of Prisma. The new dynamics in payments and the open standards and demands of the customers, banks and merchants push players like Prisma to deliver the best products and solutions and to be rapidly available.

At this pace, Cattolica says the Argentinian market will rapidly evolve and integrate many experiences already proven in other markets in other countries, as well as add specific domestic features.

“I trust the company has strong leaders in all areas, with the energy set on writing a new chapter of the Prisma story,” Cattolica says. “There’s no other company that is so immersed in financial, payments and processing critical mission services.”

It’s not uncommon for Cattolica to be asked to take on new projects, even if he didn’t have direct experience in those areas—and even if those projects seemed impossible.

Cattolica’s strong interest in business, processes and technology—coupled with a sense of optimism—have been the drivers throughout his professional career, and magnets for managers to load him up with responsibility.

No stranger to hard work, Cattolica picked up six degrees and certificates before the age of 40. His technical education started at the Universidad Tecnologica Nacional, followed by an engineering degree in systems at the Universidad Abierta Interamericana in 2007 and an MBA from UADE in 2010.

Additional certificates were picked up at IE Business School in Madrid and from the Universidad de San Andres in 2013. His last academic adventure was in California at Stanford in 2018, where he attended an extensive program with remarkable and distinguished classmates from around the world.

Simultaneous to his classroom experience, he worked the last years in a variety of CTO, COO and CIO positions. His work at Banco Santander, Claro Argentina and Visa Argentina led him to Prisma, where he has been since the merger in 2014.

With life’s hectic pace he says that it is important to never stop moving forward. He added that education does much to improve a person’s abilities and ultimately makes the team stronger and allows them to pursue higher goals.

“I’ve been told I am a bit crazy, but usually I handle difficult situations well enough,” he jokes, quickly adding he hopes he never has to juggle building a headquarters while running a company as a CIO again.

“But you know, everything is possible. We can do it and we will find a way. The key is the team, and how it maximizes its capacities by working smartly together, with the energy and passion for excellence,” Cattolica says. “It’s high-stakes, it’s fun and the best things are about to come.” 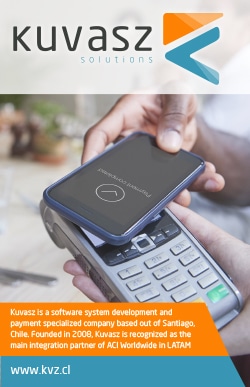 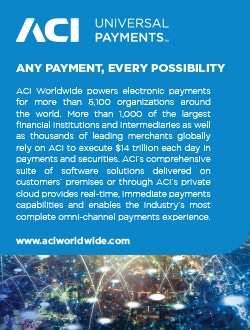