Long before she worked in IT, Pamela Banchy was a nurse. She spent 14 years at the University Hospitals of Cleveland where her excellent communication skills helped her establish strong relationships with patients and physicians. That ability prompted Banchy’s supervisor to approach her with a bluntly worded job offer that ushered her into the tech world.

“We want you to tell the techies what they need to do to make things easier for the patients,” the supervisor said.

Banchy jumped at the opportunity and took on a management position at the same hospital, where she collaborated with IT and clinical staff to improve electronic medical records and clinician workflow. 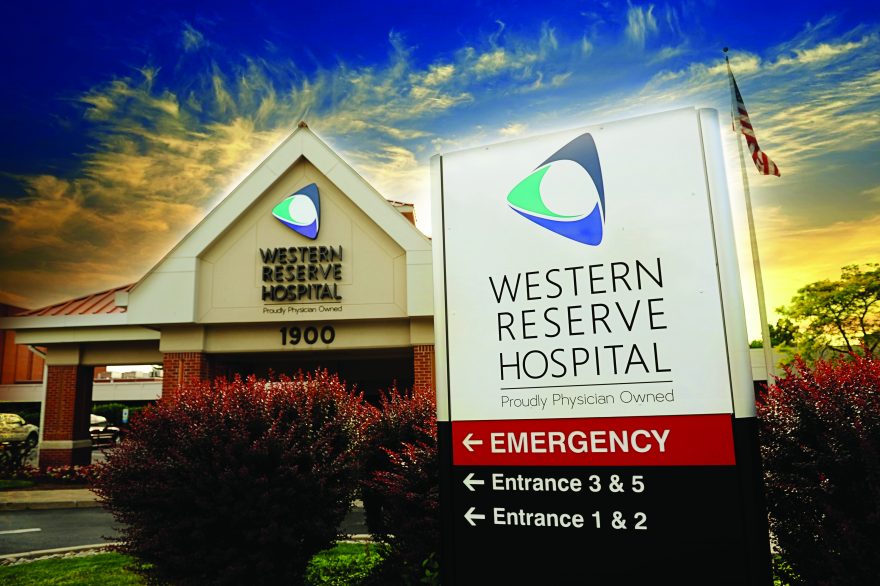 After doing that for a few years, Banchy transitioned into IT, first as an analyst, then a manager and finally, as an executive. Through all of her promotions, Banchy remained a registered nurse and never forgot her clinical background. She learned the IT side of things on the job and in the trenches, saying there were few IT or information-related certifications at the time.

For the past four and a half years, Banchy and her team have been behind several tech innovations at Western Reserve Hospital that have improved patient safety and experience by saving physicians time. Perhaps the best example is Western Reserve’s emergency room, which Banchy’s team fully automated and made completely paperless through the CARE One system in 2013.

In traditional ERs, nurses and physicians fill out paper charts that are later entered into a computer system. Banchy calls this a “hybrid record” of paper and electronic files and one that “introduces the possibility of making a mistake.” By contrast, an automated ER allows administrative staff, physicians and nurses to enter all of the necessary information directly into a mobile device either by typing or simply dictating notes into a transcription app.  The new process is both more accurate and fuss-free.

Banchy describes the automated ER as a “flagship success” for Western Reserve Hospital. Many hospitals struggle to update emergency rooms because they are high-traffic, high-stress environments. Western Reserve is no different, admitting 25,000 patients to its emergency department every year.

Another change by Banchy and the IT team is a “single sign on” positive identification system that helps doctors and nurses quickly access patients’ medical records and make timely, correct decisions about treatment and medication. If a patient has a medication allergy, for instance, the system will automatically remind physicians and nurses of the allergy when they write prescription. The system is convenient for clinical staff because they only sign in once a day instead of constantly logging in.

When checking into Western Reserve Hospital, patients can sign in through a kiosk with a fingerprint scanner. For the hospital, this helps prevents duplicate medical records and the chance for error. Once patients have checked in, they can monitor their wait time on a screen in the lobby.

“Leadership Can’t Happen in an Office”

While many of these changes are through technology, Banchy says that clinical experience and solid communication skills are foundational.

“I understand what it means to have a patient waiting for her pain medicine. I know what it’s like for a physician who can’t get a test done,” says Banchy.

Because communication and a clinical perspective are so important, Banchy spends significant time “rounding”—a practice in which she walks around the hospital and meets face-to-face with her IT team members as well as members of the clinical staff.

Still, some employees are surprised by her willingness to visit any area of the hospital. “I’ve had people say ‘wow you would really come down to the basement and into the data center to talk to me?’” Banchy says.

Banchy says visiting team members in their work spaces makes them more comfortable and open. “Nobody likes to be called to the boss’s office,” she says.

Banchy rounds with doctors, nurses, radiologists and pharmacists to gather input and keep the clinical staff updated on new IT projects. This not only informs clinical staff of changes but also allows them to give input. During one rounding session, for instance, Banchy addressed a physician’s concerns about cyber security on the staff’s laptops and mobile devices. Because the conversation was about a sensitive subject, Banchy says, “it would have been hard [to have that experience] if it wasn’t a face to face conversation.”

Having bridged two career paths with her communication skills, Banchy says her management style is “about going out and listening to the employees and imparting the vision and the culture of the organization. It’s one thing to hear that from the CEO, but it’s another to hear it from your boss who’s actually in your work space.”