Leading his district through hell and high water

During his days as an elementary school physical education teacher, Patrick Jones found he needed more than a gym to get his point across. So, in a move that was unusual at the time, he created web pages and PowerPoint presentations.

While that led to a promotion, it wasn’t the one he was looking for. But in retrospect, Jones says being the IT director for Valley Park School District opened doors that being a principal wouldn’t have. Plus, he had an affinity for technology that he couldn’t ignore. 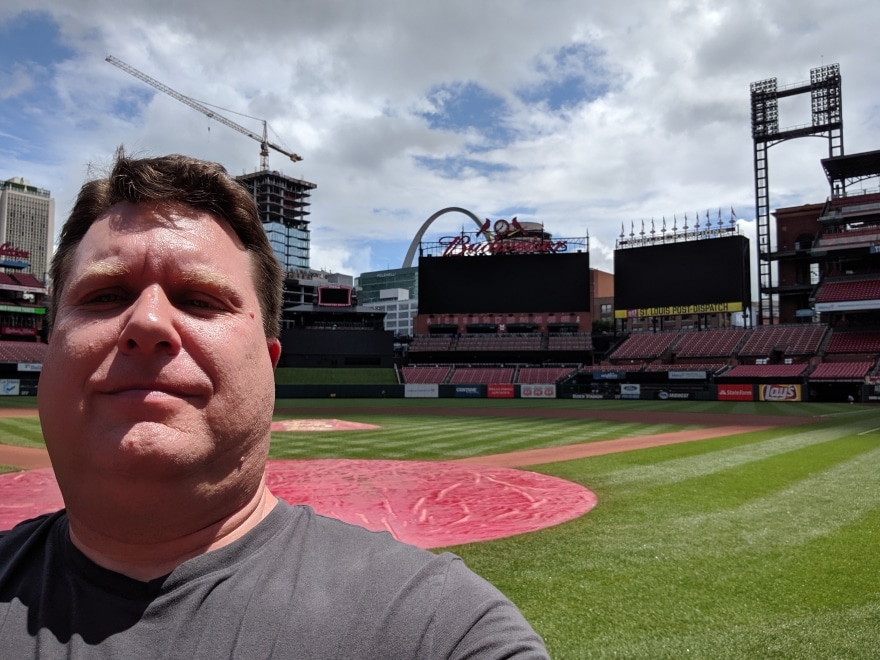 “It was an opportunity to build on my passion for technology at the district level,” says Jones. “It was a perfect fit.”

Going to school in the valley

Valley Park School District opened its first building—known as the Hill School—in 1882. With five buildings and a 14:1 student-to-teacher ratio (four students below the state average of 18:1), the public district is said to offer a private school experience.

According to Jones, all six buildings—including the Valley Park High School, middle and elementary schools—are located on one campus, offering opportunities for students K-12 to collaborate and for teachers to remain connected with them during the journey.

Jones says teachers are well-qualified, averaging 14.5 years of teaching experience. Having been cited by the State of Missouri as a leader in technology, the district was designated a Microsoft Showcase School, with a 1:1 student to computer ratio.

“Implementing and upgrading the district’s technology became a tremendous conversation-starter for how we create an environment that really empowers our students to succeed and build modern skills,” he says. “It’s a testament to our faculty and staff and their incredible skills that we’ve been able to move the needle.”

In 2007, just before Jones’ one-year work anniversary at Valley Park, massive flooding struck the Missouri district, sparking a digital transformation that would help it navigate the COVID-19 pandemic over a decade later.

Having been promoted in 2006, he was still relatively new to the role—allowing him to view the situation, “without any preconceived anchors.”

First, Jones moved the district’s hardware from the first floor of the data building to the second, to prevent any further damage from the flood. Then he started thinking long term, assuming natural disasters would reoccur. 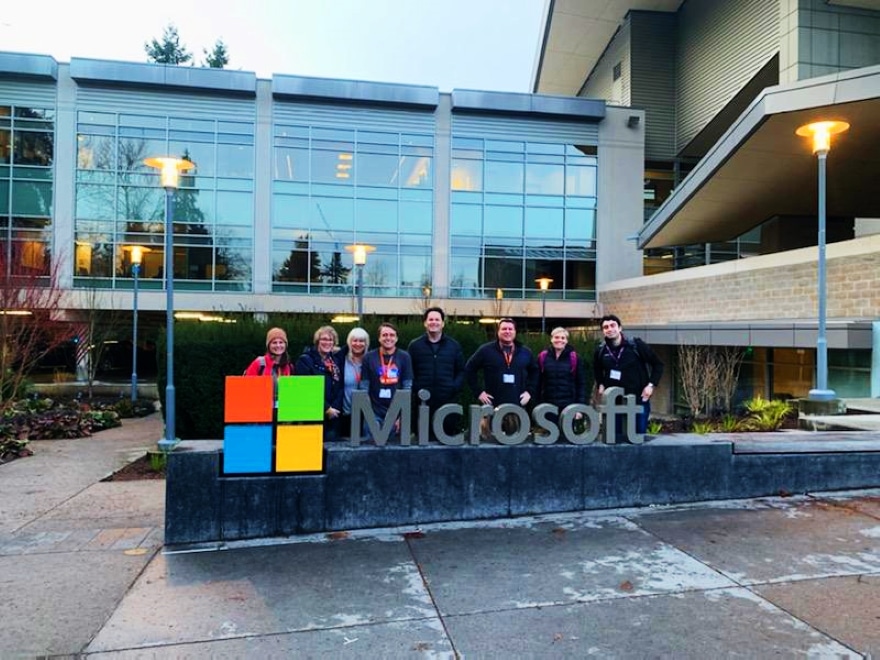 In subsequent years, he started moving all the district’s servers to the cloud, using Microsoft 365 and Azure Cloud to store files and create remote access. Then, using an Aruba wireless system in areas where laptops were used heavily, he expanded Wi-Fi.

Later, during the COVID-19 pandemic, that expanded network proved essential for some students learning remotely.

“With the help of our network administrator making sure there were no conflicting signals, we’ve expanded our footprint to include baseball fields and parking lots,” Jones says. “This was especially helpful for kids who needed a better wireless signal, being able to pull into any parking lot on campus to access remote learning.”

Along with expanding the district’s wireless network, he helped get laptop computers for all 860 students and 185 staff members, including teacher’s assistants, when the pandemic arrived and remote learning began.

Jones says teacher’s assistants normally would not receive a laptop, but due to COVID-19 the district thought it appropriate to issue them. Teacher’s assistants conducted virtual learning halls and held one-on-one sessions for students who needed help and with students in special education courses.

“They were our angels,” he says. “Two years ago, no one would have thought teacher’s assistants needed devices, but they were integral to the process.”

Jones says some teachers used their classrooms for remote learning, enabling them to use a dual monitor system. With one monitor they could oversee students and with the other they could run the lesson plan.

Beginning in August, he sent surveys that included three questions to gauge the confidence teachers had in remote learning using a 1 to 5 scale. The surveys also provided a space for teachers to request additional training.

“We sent the surveys out on Wednesday and by Friday we had a game plan,” says Jones. “The surveys were really helpful for us because we were able to collect enough data to see if the other teachers or grade levels were experiencing similar issues or needed the same equipment [or] training.” 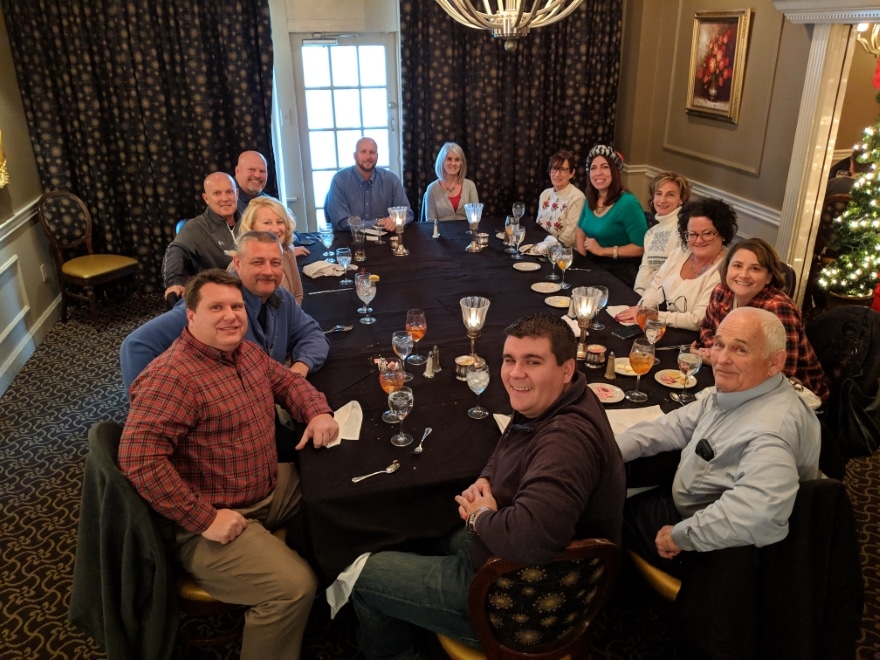 He also set up a help desk to measure his work order system turnaround rate. When the pandemic started, he and his team set a goal to accomplish 80 percent of the work orders within 48 hours. Jones says they accomplished 90 percent in the first month.

“We try to respond quickly because we know how important they are,” he says. “Every work order is high priority, so my team and I do our best to get on something as soon as it comes in.”

Being the director of technology for Valley Park was not Jones’ dream role.

“I told them no because my mind was focusing on being a principal and I was a finalist for two principal jobs at the time,” he says. “Being director of IT was a completely different mindset from leading a building to leading a district.”

But after deliberating, he figured his passion for technology mixed with the opportunity to lead on a district level was too good to pass up. “Looking back on it, it was a perfect fit,” says Jones, “I said ‘yes’ a week later.”

His work at Valley Park eventually gained him notice from other companies, one being AuditSolv, a technology company providing services to medical practices looking to integrate their information systems through cloud computing, managed IT services and disaster recovery solutions. The company was looking to expand its services to support K-12 institutions and saw Jones as a key player in a positive remote learning experience for Valley Park schools.

He became the director of cloud strategies at AuditSolv in April 2021 and now helps school districts use cloud computing, plan projects and create IT strategies.

“My work at Valley Park translated well to the mission of AuditSolv and my personal mission to help others do the same,” says Jones. “It was an opportunity for me to influence other schools, universities and businesses along the same path.” 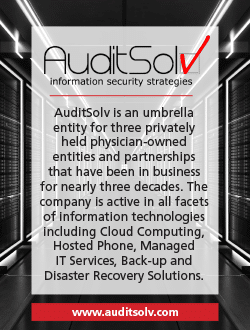