Eating the technological elephant one bit at a time

Patrick Perry is a smart guy with just a bit of a mental bone to chew on. The question before him is figuring out the best way to meet and transform the technological needs of the California State University system and make technology resources easily accessible to students at the same time.

No small task. Perry likened it to eating an elephant one bite at a time. But just how big is this mammoth project?

It doesn’t get much bigger: Cal State is the largest four-year public university system in the country, encompassing 23 universities, 481,000 students and 53,000 faculty and staff. This huge chunk of the state’s population—from San Diego to Humboldt—is involved in its own educational Gold Rush of sorts. Waves of students are coursing through the system of higher learning as quickly as possible, Perry says, to pursue the California dream where success rewards hard work. 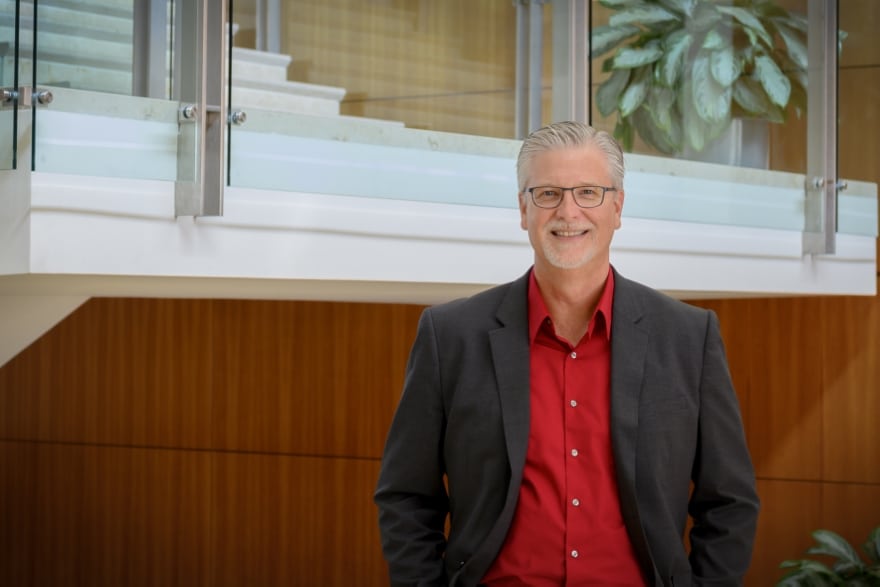 To keep pace with the demand, Perry, who joined CSU’s team in 2016 as CIO, has been hard at work addressing the system’s lingering technical debt while laying the groundwork for a well-integrated enterprise resource planning (ERP) ecosystem and transitioning upgrades to cloud-based technologies. The 23 Cal State campuses rely on several common ERP systems, some of which are consolidated and others which are not. Perry’s challenge is finding efficiencies through collaboration and creating roadmaps for increased consolidation where it makes sense.

The goal? No question the priority is the Graduation Initiative 2025, a systemwide initiative aimed at increasing graduation rates while reducing gaps in student opportunity and achievement. Riding shotgun to those efforts is Edward Hudson, Chief Information Security Officer at the Chancellor’s Office, whose focus is security.

“IT is now the key connective tissue for entire institution, touching every aspect of the operation. It’s more than just supporting apps and databases; the power lies in linking things together and knowing how to mash up data to build things by creating new powerful information,” Perry says. “We are spending precious taxpayer dollars and we take that responsibility very seriously because every dollar we save goes back to the classroom. We also want the students to have the best digital experience possible.”

All roads need to support students’ success and their path to graduation.

To that end Perry’s department, with a 200-member team in the Chancellor’s Office, is leading efforts to consolidate the numerous siloes of data that existed inside the university’s 15-year-old legacy system and integrating that into multi cloud-based technologies.

About three years ago, the system developed its strategic plan, aiming toward no longer customizing technology to individual departments. No more locked code is more liberating. If a unique upgrade is needed, Perry will buy what’s needed rather than customize it.

Perry also scrutinized the internal IT organization in the Chancellor’s Office and saw that it was not reflective of modern technology roles, nor very client focused. So he flipped the internal focus to an accessible external one, incorporating subtle ideological changes by creating newer IT roles and job descriptions such as “chief innovation officer,” “chief data officer,” and the like. 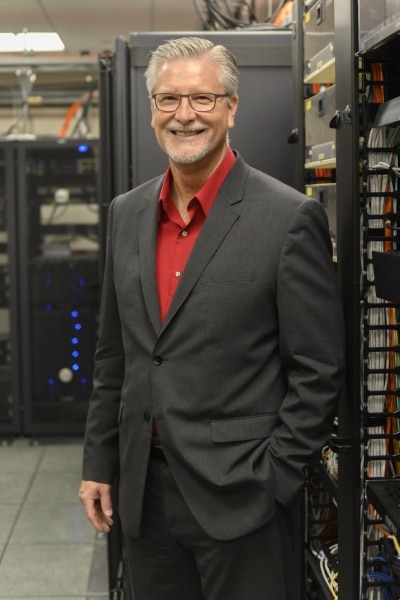 The view now on data is that IT needs to be the supportive mechanism of open data initiatives; collecting and getting it back out to as many people as possible with safe and secure access.

“We have a role in setting standards and platforms so that the end-user sees this nice free flowing digital environment like they are used to seeing in private industry,” Perry says. “We had been plagued by the interoperability of all the systems together in the past and academia historically has not been on the cutting edge in this stuff.”

The goal with Graduation Initiative 2025 is to raise graduation rates; create more fluid pathways to reduce time for a student to achieve their degree; seamlessly integrate records from community colleges to Cal State; and facilitate better scheduling. The overriding theme: provide a high-quality education and use technology as a tool to help create efficiencies, improve access and reduce barriers to student success.

“Long term, it’s the right thing to do,” Perry says.

On the security front Hudson explains that the 2025 initiative is the first time the university has seen a system-wide approach to shared services.

The challenge is how Hudson, a 10-year veteran at the CSU, can balance gaining efficiencies for the students and free up resources while being technologically nimble and identifying security threats across the network. There are literally dozens of pieces to consider from parking passes to door locks.

“My greatest job satisfaction is graduation … when you see these students graduate. For some, they are the first kids in their family to achieve a degree,” Hudson says. “To know I had some little piece of that process and made a difference is very rewarding.”

To infinity and beyond

If there is one thing for certain, there is more heavy lifting to do and more will change.

Perry’s team will continue to facilitate the consolidation where it makes sense, so that when the timing is right to make the next system migrations, it will be less painful. He will also keep an eye on how the market matures and if newer solutions emerge or are required.

“I’d say the nicest thing about working here, and what is motivating to me, is that working in academia has a mission-driven focus, not a profit-driven one.” Perry says. “Bettering the lives of students, faculty and staff at the end of the day offers a clear vision and is a nice set of circumstances to work under.”