Working their way to “Wow!”

Paul Foster remembers one of his “Aha!” moments. It happened in one of the district’s older elementary schools, one with coat closets just off the classrooms. As he entered the third-grade class, Foster noticed a small group of children sitting along the wall beneath the coat pegs, talking quietly into their laptops.

Foster asked the teacher, who’d been circling among two or three other clusters of students inside the classroom, what the children in the closet were doing. She told him they were practicing their reading fluency, making recordings she could then use to create the next lesson. 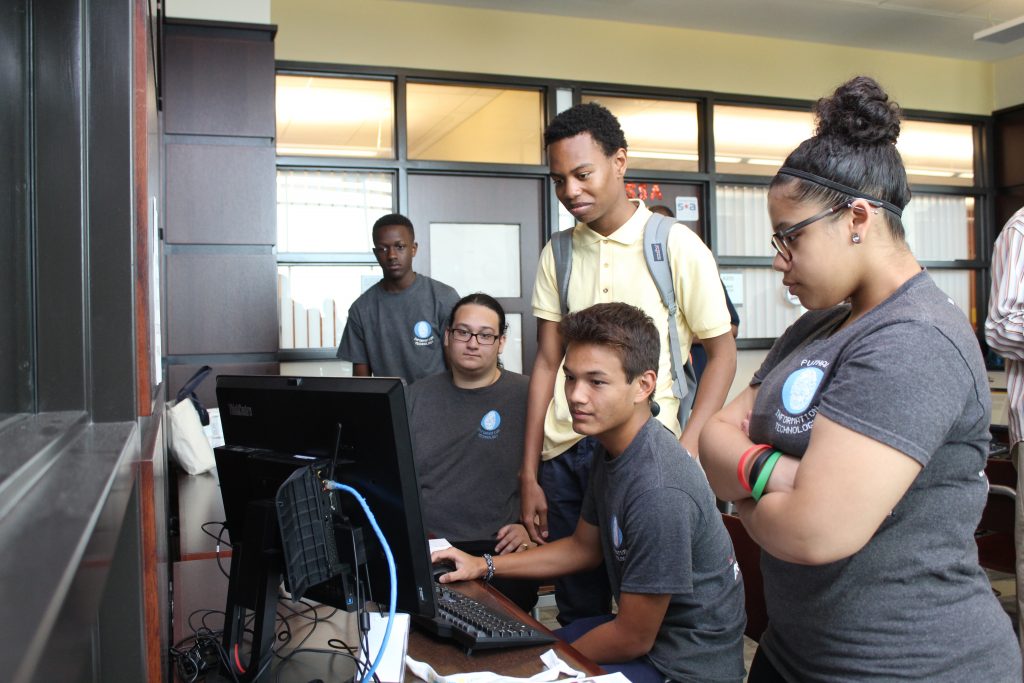 Foster’s eyes lit up. This wasn’t merely a creative use of technology; it was a tangible time-saver.

“Three years ago, she’d have to sit with each kid individually, occupying valuable class time,” Foster explains. “Now, she can achieve that assessment in a fraction of the time. That’s teacher-driven innovation.”

In 2012, two years after Foster first arrived at SPS, the district launched an ambitious 1:1 initiative, with the goal of giving every student—all 26,000 of them—access to school-issued laptops.

While in many districts, officials will outfit a school or two at a time, using them as test cases for a longer, more piecemeal rollout, SPS added laptops to every school each year, creating an equal device-to-student ratio during the rollout. 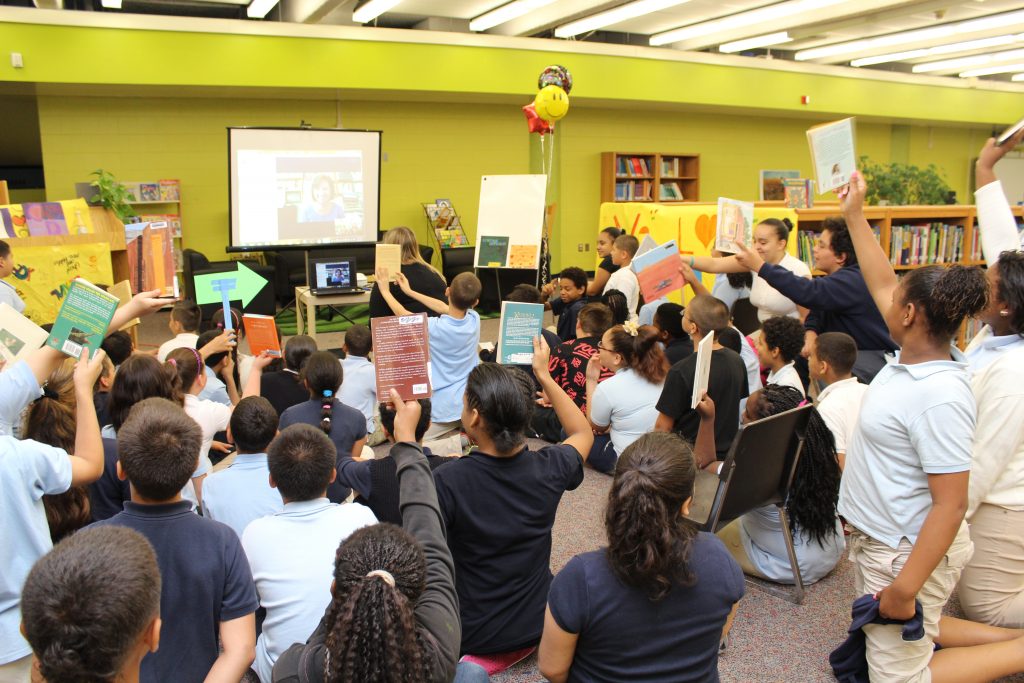 “Once all 58 schools were outfitted, we started the process of replacing 25 percent of the total fleet each year,” Foster explains. “We believed it was the more equitable approach, and so far it’s been a significant success.”

According to Foster, that success stems from the district’s emphasis on more personalized learning—“student choice, student voice,” Foster calls it.

In the past, when teachers gave an assignment, like an essay, typically the only latitude students had was with the topic itself; the medium—sheets of white paper on which they would print out that essay—was all but set in stone. Now, as long as they’re demonstrating a core competency, learners can leverage any number of tools and technologies, from videos to podcasts to online blogs, to convey the information.

By the 2019-20 school year, Foster says every student in grades 3-12 will have the option of taking their devices home. For those who leave their laptops at school, SPC lets students access the district’s learning management system directly from home.

Teachers are enjoying more autonomy, as well. During another elementary school visit, Foster marveled at how one math teacher was using laptops to teach kindergarteners the basics of computer coding.

“I walk into a classroom and everyone is engaged, working on something, whether individually or in groups,” Foster says. “That’s what we’re aiming for: everyone on task and doing something compelling.”

The impacts go far beyond the merely anecdotal. Coupled with the district’s other key initiatives, the 1:1 initiative has helped spur a 20 percent jump in SPS’ graduation rates in five years. Test scores have improved considerably and student attendance, for years a concern, was up almost across the board.

Years ago, long before 1:1 had become a school district buzz-term, SPS’ IT team had built a district-wide data warehouse, designed to safeguard things like student grades, attendance and other information. The goal was to give teachers and administrators access to the most reliable, up-to-date information.

Helpful as it was, Foster and his colleagues felt they weren’t using the tool to its potential. 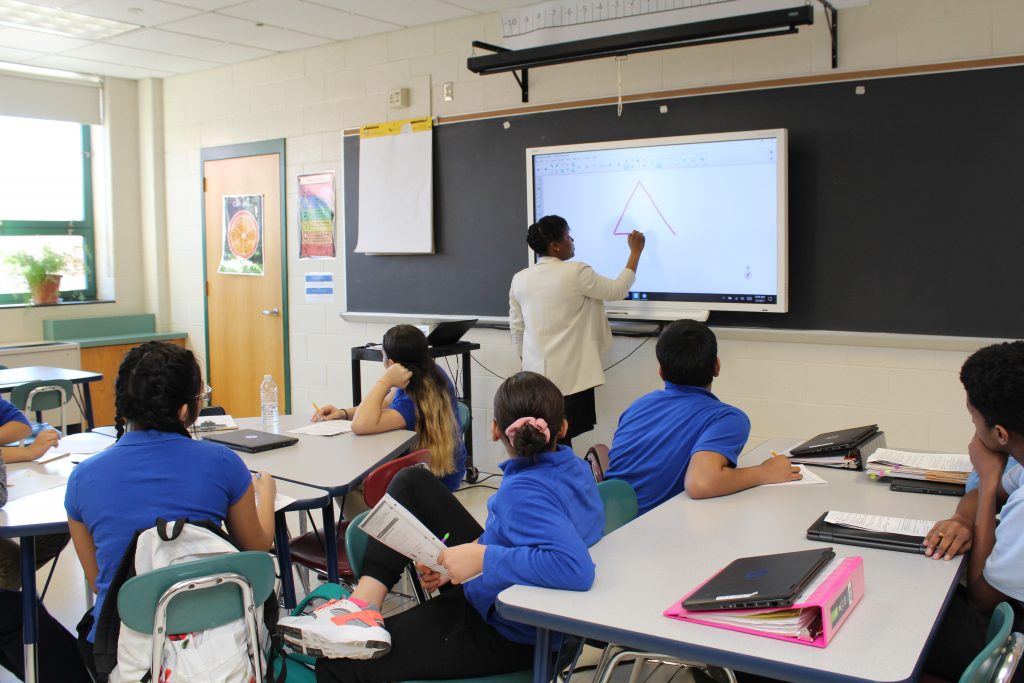 “We thought, what if we gave other community organizations access to the same data,” Foster recalls. “Let’s get them involved in making sure we’re giving our students the attention they need.”

Partnering with 17 different organizations throughout the city—including the YMCA, Boys & Girls Club and Springfield Housing Authority—Foster and his team funneled information from the data warehouse (with parental consent, of course) into three, easy-to-understand buckets: attendance, behavior and competence (ABC for short).

Say a student checks into the YMCA after school. Now, program administrators can see if the student attended class earlier that day, while allowing the former to relay the child’s whereabouts to school officials, if necessary.

On the competence front, tutors and other after-school specialists can use things like test scores and other proficiency-based data to pinpoint how students need help.

“There’s a lot of research showing that kids tend to be more successful when they have a good relationship with a non-parent adult, whether that’s a teacher, a coach or someone else,” Foster explains. “This allows us to nurture those relationships we know are there, whether inside or out of school, while encouraging mentors to help keep those kids in the educational fold.”

In time, Foster hopes to bring even more community stakeholders under the data warehouse umbrella, including the city’s various youth sports teams.

For Foster, rolling out the hardware is the easy part. But ushering in pedagogical transformation for both students and teachers, in a city where high poverty and underemployment are front burner issues? He knows it won’t be easy—even if he sees the goal clear as day.

“To me, the simple why of this work is to get to a point where every kid comes home excited to tell someone, ‘You won’t believe what I did at school today,’” Foster says. “We want their experience to bring about more of those ‘Wow!’ moments.”