They call him “Positive Pete,” a name befitting a lovable cartoon character or a super hero—and in some ways you could say he is. Peter Santos has earned the nickname with his welcoming and upbeat leadership style, as well as his flexibility and dedication to finding solutions to the toughest problems.

“I take a positive mindset to whatever comes up,” says the information technology officer for Providence Public Schools. “I try to turn negatives into positives. It’s kind of my style. It helps keep me sane.” 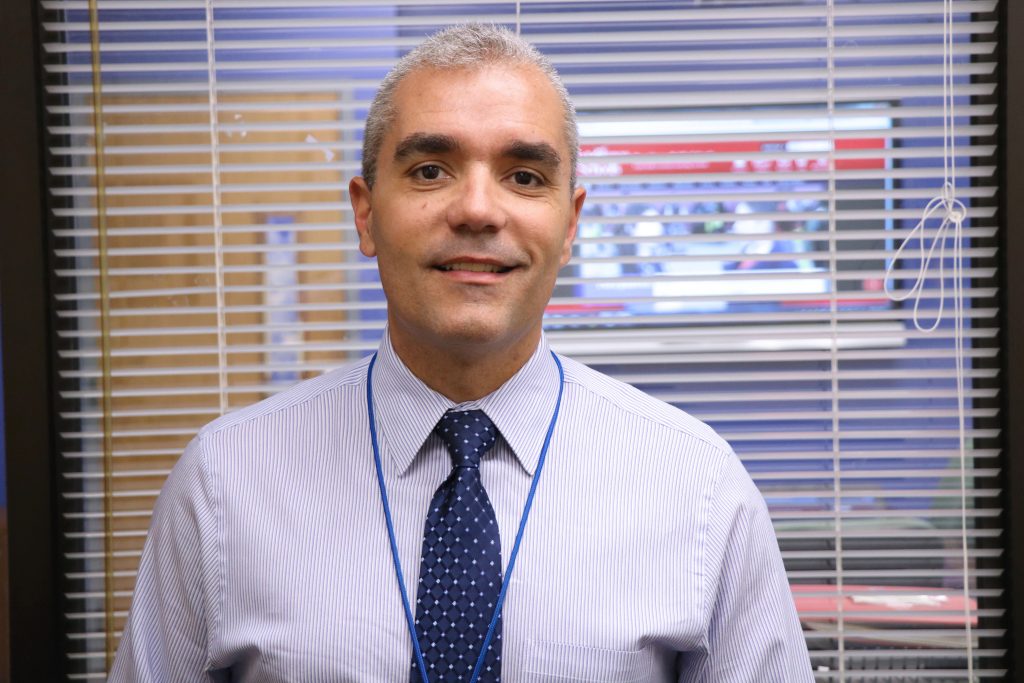 Still, Santos, who has been with the Rhode Island school district for nearly 13 years, emphasizes, “This is not a one-man show.”

He and a team of 20—including a network facilitator, support technicians, system engineers and data analysts—have undertaken numerous projects recently to help keep technology at the forefront in the smallest state’s largest school district—comprised of roughly 24,000 students and 2,500 staff members at 42 buildings.

Chief among these has been a major effort to increase Wi-Fi density; in the works for 2-and-a-half years, this has been supported by the state’s $20 million Wireless Classroom Initiative, as well as E-rate and local funding. Now, Santos explains, all classrooms in the district have full Wi-Fi density to support between 50 and 60 devices apiece. 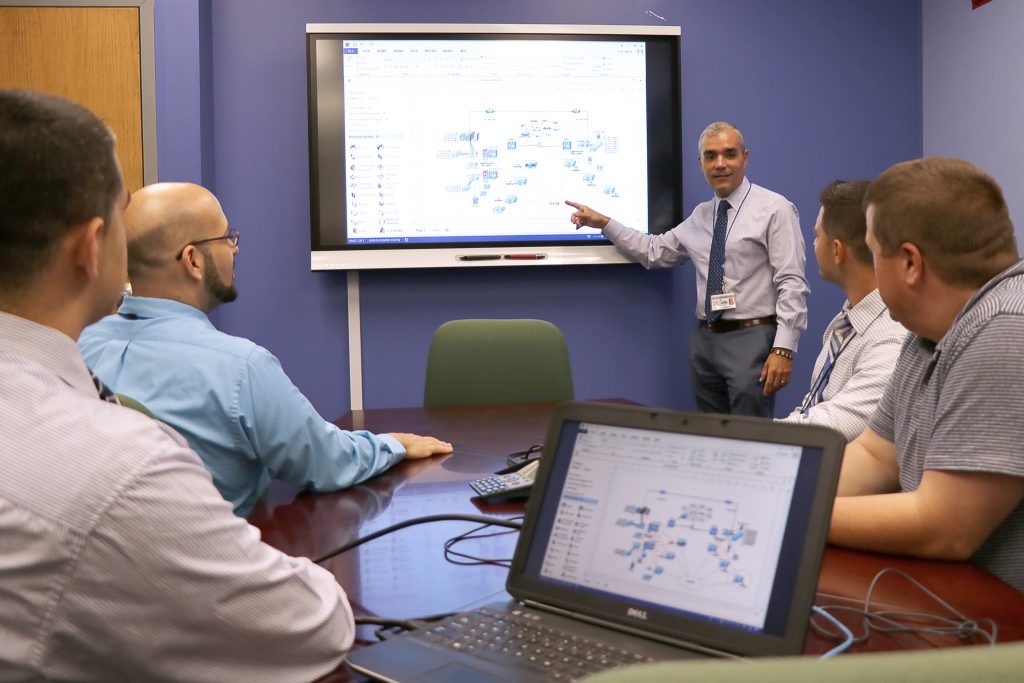 Sustainable and meaningful partnerships have been essential to this process; the district has forged relationships with local companies Shanix Technology Inc. out of Cranston, and Lincoln-based Custom Computer Specialists Inc.

“That’s been an amazing project; we’re extremely proud of it,” Santos says. “Instead of hot spots in common areas, we have equality across the district. Without that, there’s no way the innovations in the classroom would be at the level that they are now.”

For instance, the school system has implemented the “flipped classroom” method across its schools. That can look different based on teachers and students, Santos says, as well as across schools, classrooms and grade levels. Ultimately, it requires a flexible technical model that encourages exploration of new technologies.

Smartboards are widely used, and other personalized student-centered learning instructional strategies are also being employed in many schools. Meanwhile, the district is getting close to a 1:1 student-to-device ratio, disseminating Chromebooks to third, sixth and ninth graders. It started with 600 in 2016, Santos notes, and has reached 23,500 devices, with a goal of being 1:1 by the end of 2018.

Similarly, Providence Public Schools has been a pilot school for Sprint’s 1Million Project, the aim of which is to provide free mobile devices and high-speed wireless internet connectivity to 1 million low-income students across the U.S. The district started out by getting 250 devices for two high schools, Santos explains. But due to student need and demand, that was bumped up by another 400 in 2017 and an additional 300 this year.

“We want to keep that momentum going, providing equity within district buildings as well as student homes,” says Santos, noting that he and other administrators were pleasantly surprised by the number of students who took advantage of the program.

On the back end, the school system has updated its 20-year-old student information system. The previous platform was specific to administrators, but it’s been broadened to include new modules and pre-registration tools, and to allow access for students, parents and teachers, as well. Along with that, the district is looking at a data warehouse option so it can provide all users access to clean data through easy-to-use dashboards. This will ultimately allow administrators to evaluate, assess and revise its direction to address any gaps, Santos says.

All told, he notes, “I truly do love going into our schools and seeing the students use technologies to improve their lives.”

A longtime consultant in the private sector, Santos acknowledges that he was skeptical at first when approached about moving into the public education space. His concern: not being challenged at as high a technical level as he was within the corporate sector.

He remembers thinking: “A K12 institution? C’mon, they’re always behind.”

But he, in turn, was looking for more stability; working and traveling all the time as an engineer and project manager, he was getting drained and missing out on time with his young family. 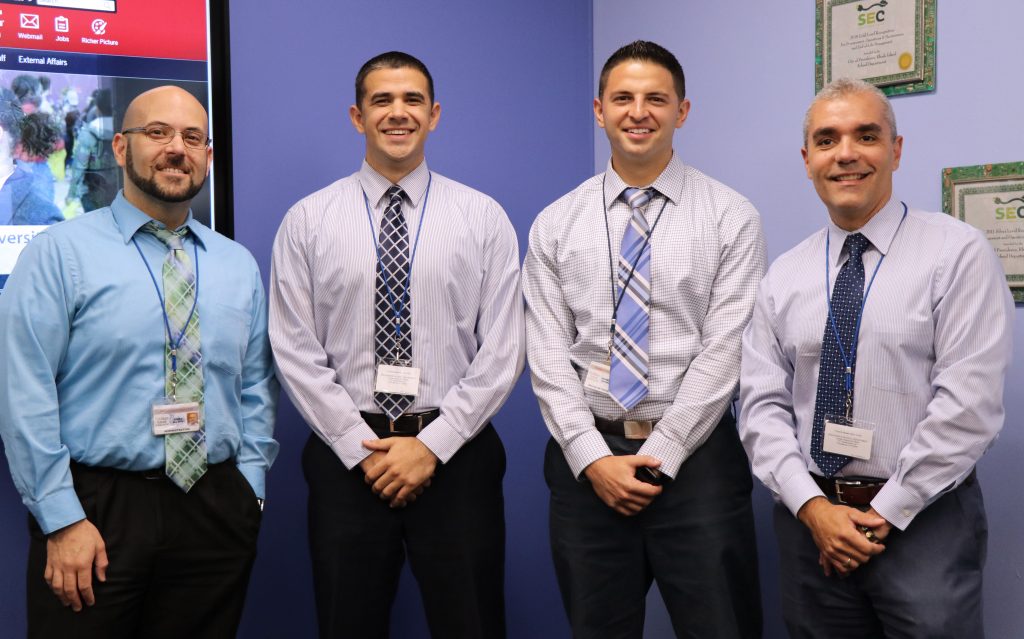 During his first week on the job, there was a server outage and he went to a classroom to troubleshoot. Students peppered him with questions, curious about what he was doing; then, as he left, they thanked him. That’s when he got a tug-at-the-heartstring feeling that he was supposed to be there.

Most critically, Santos is dedicated to building tight relationships with departments across the district—and staying connected with them as a means to move forward with classroom and education solutions that truly work. To this end, he holds regular meetings focused on collective goals within the district’s strategic plan.

Santos remains absorbed in a variety of projects, he says, the job continues to test and expand his skills, and he’s been met with flexibility and enthusiasm across the district.

“We’ve never had a slow day here—there’s always a goal, a challenge, a project to be completed,” he says. “I really am lucky to say that I love what I do.”

And people seem to feel the same way about “Positive Pete,” too.