Best line of defense? It’s in the name

It’s not the type of theft that evokes images of a high-speed chase with screeching sirens and flashing lights.

But picture, if you will, someone attempting to steal something like a 6,000-pound skidsteer, typically used for excavation. It’s hard to imagine these large pieces of construction machinery being pilfered off the job site under the cloak of darkness–let alone in plain sight. There’s certainly no getaway car. 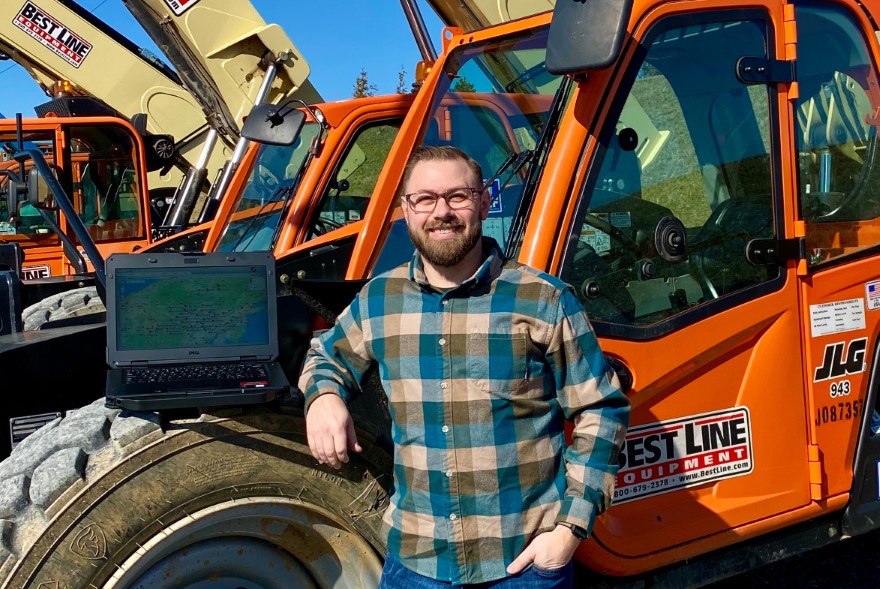 Philip Raker | Director of IT and Security| Best Line Equipment

Or anyway that wasn’t the case when one was stolen from Best Line Equipment in May of 2019 (thankfully, it didn’t get far).

Philip Raker, the director of IT and security at the Pennsylvania-based provider of construction equipment rental, says the situation prompted the company’s move to telematics and geofencing to keep tabs on machinery. Now, if machinery is moved outside of a specified zone, alerts and notifications will signal a theft in progress, potentially saving Best Line hundreds of thousands of dollars.

“As things usually do in IT, it all started with a specific problem to solve in security, but we have been able to develop it into a whole lot more,” Raker says.

According to Raker, the unique technology marries telecommunications with GPS tracking and computer science; the convergence of them helps to control and manage data in vehicles and machines both near and far. Over the next four years, Best Line plans to invest over $5 million in telematics. 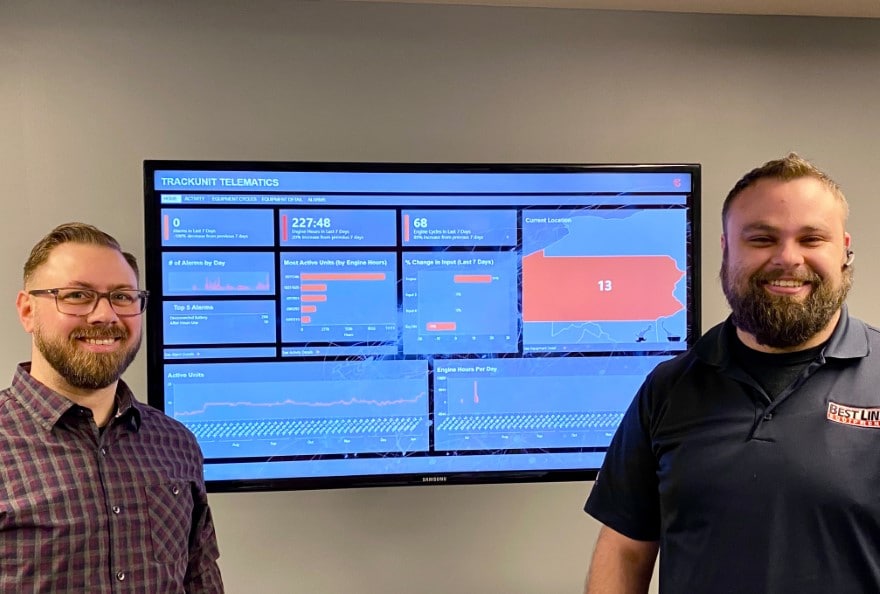 While the full project has yet to roll out, Raker is has taken early steps, having spent $250,000 for proof-of-concept. Some equipment, 265 units, is already outfitted with telematics.

That could offer the company—founded in 1985—unprecedented security and control over its equipment spread throughout seven surrounding states. With more than 60 product lines to keep track of, an added benefit of this latest technology is that Best Line will be able to maintain and track inventory—everything from aerial lifts used to access utility lines and other above-ground jobsites, to Bobcat and Doosan loaders and excavators.

On point with TARGIT

To develop the telematics, Raker has chosen to collaborate with TARGIT, a Danish business intelligence and analytics software developer based in Aalborg, Denmark that provides analysis of the data. Raker says Best Line specifically uses a telematics service called Trackunit, an enterprise solution developed by TARGIT, Trackunit’s sister company. Through the service, it will allow Best Line to monitor equipment many different ways, as well as make it easier to rent.

“We’re including things like a customer portal and a mobile application. We wanted to enter the space and put our own stamp on it, not follow the footsteps of things that had been done before,” Raker says. 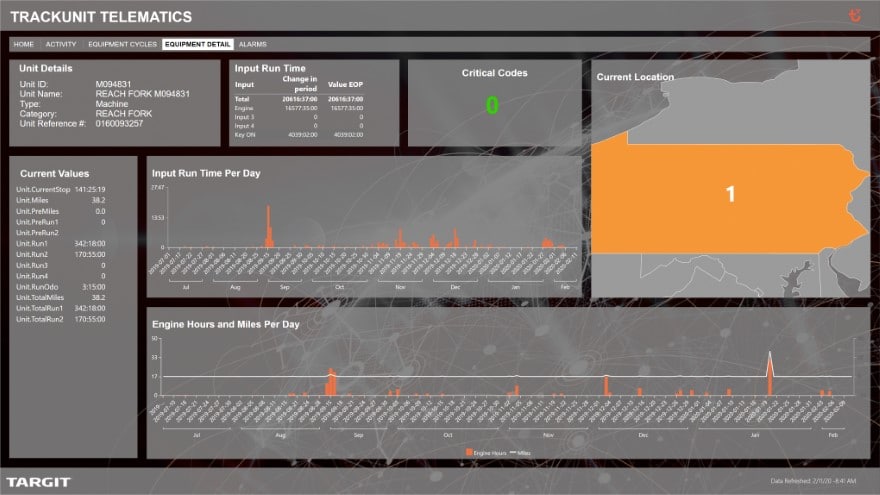 To carry out the work stateside, Best Line is working with TARGIT, which is already running the software in Best Line equipment located throughout Pennsylvania, New York, New Jersey, Texas—even Jamaica. With the telematics tool connecting into machines, it reports real-time data back to the home office.

“Our partnership is really the coming together of both companies, a two-way street,” Eric Wenham, senior customer success manager at TARGIT says. “We bounce ideas off of each other as we search for ways to provide even more benefit drawn from the data we receive.”

“TARGIT is more than a vendor,” he says, “Assisting with development, it’s seen our requests for new features and has responded quickly.”

New data will be used, accessed and reported in a variety of ways—and the scope of the applications are continuing to unfold.

Through it, Raker will be able to tell what fork or serial boom lifts are most requested; he can schedule equipment and keep track of agreements and returns (even accessing photographs to note any damages upon return;) and can set maintenance schedules for any device—and even send out a tech for repairs—on or off site. All told, the information is a key component to gain efficiencies and allow Best Line to have updates on the availability of equipment. 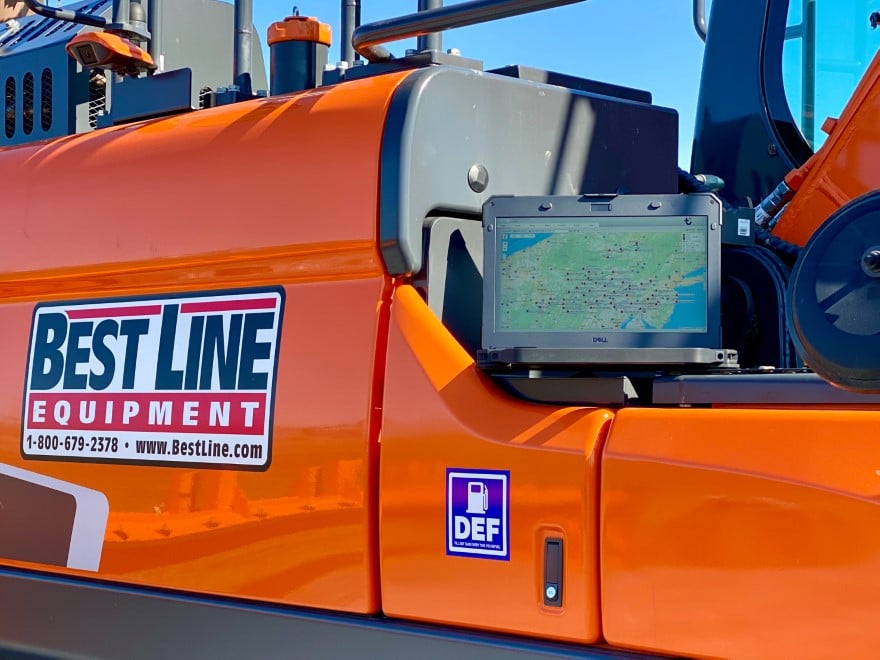 “We now have a direct feed back into our ERP system for servicing and can gauge needs at any given time about what needs to be serviced. It’s a really big deal if you can service your equipment on the correct intervals.  You will see a dramatic improvement in your car’s performance and longevity if you change the oil every 5,000 miles instead of 12,000 miles,” He says.

With the service aspect of its telematics system, the company will also be able to track hours of machine usage, fuel levels and receive alerts of any critical errors in the mechanical systems. GPS systems can also help the team find lost equipment on a huge site, or re-allocate equipment for a client from one location to another if a cancellation pops up. Machines can be de-activated remotely, so nobody can operate them if the contract is complete. Invoicing and billing will also be quicker than ever before.

It’s all about never skipping a beat

“We want to see the turnaround of what comes in and what goes out and assess all of the variables,” Raker says. “Now we’ll never miss a service deadline, nor an opportunity to maximize use of our equipment while keeping it safe. Through this, all of our processes are transformed and are becoming streamlined like never before.”

Putting all the pieces together came easily for Raker, who built his career from the ground up.

As an account manager for DriveKore Inc. in Mechanicsburg starting in 2005, he invested seven years into his uncle’s business and gained exposure to all types of sales, tele sales and inventory management. He did this while simultaneously working towards his bachelor’s degree in communications from Penn State and fleshing out his technical studies in network administration, security and Microsoft Systems at New Horizons in 2012. 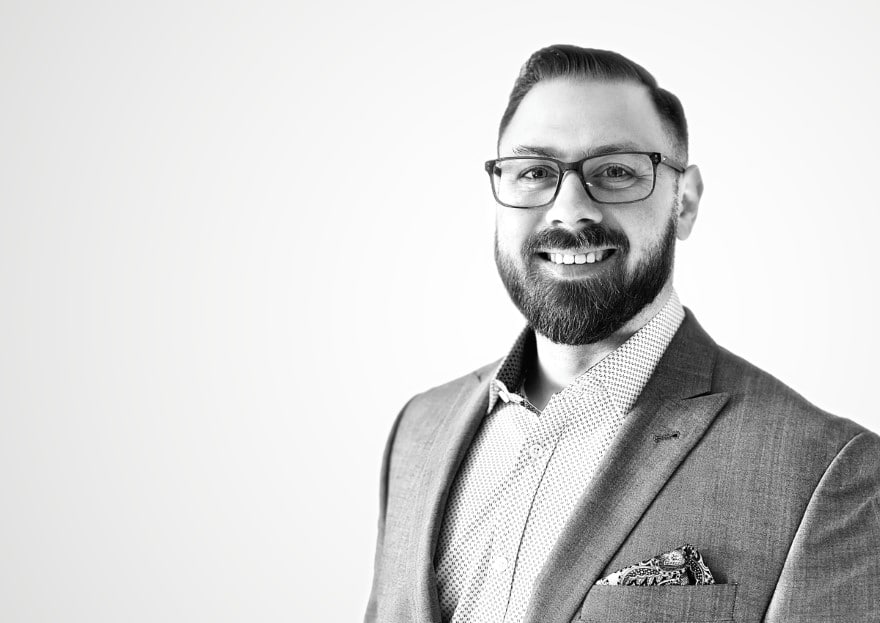 Hired to Best Line in 2011, he put all of those elements into play; he first worked as a customer service representative until he transitioned into a systems and network administrator role in 2013 before landing in his current position in 2017.

“A lot of what we do in IT is behind the scenes; people often don’t know what we do until something’s broken,” Raker says. “My favorite part of my work now is seeing all the business units come together seamlessly to accomplish something new. It makes all of our jobs easier and is a huge win.”

And thwarting thieves? That helps too.