At the nexus of business, technology and education is where Rahoul Ghose said he always wanted to be—and that’s exactly where he has landed.

Coming on board as CIO of Minneapolis-based ECMC Group last summer, Ghose assumed responsibility for overall IT strategy and delivery—in addition to helping evolve the culture of the IT department—at the nonprofit family of companies. 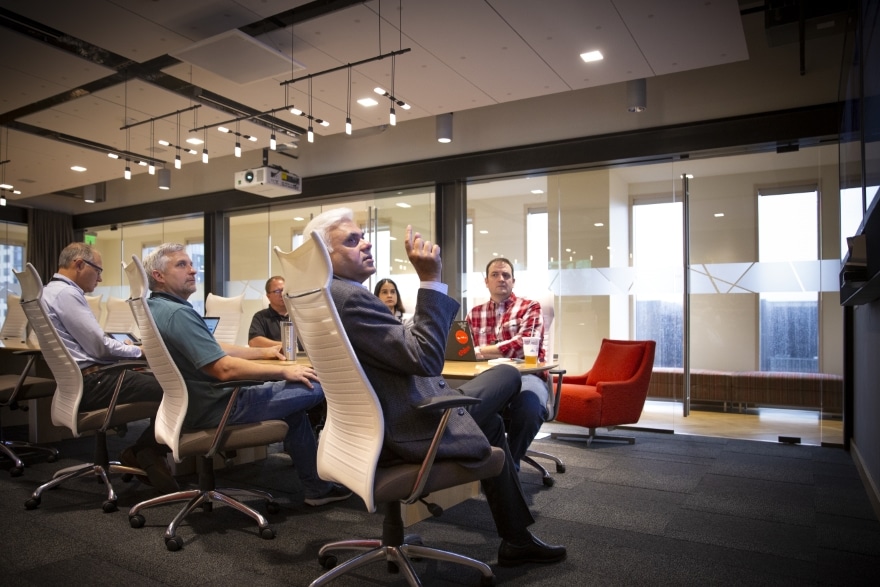 To facilitate the goals of ECMC Group—which provides financial tools and services, non-profit career education, and funding for innovative programs to help students succeed—Ghose’s team is well on its way to a digital transformation to move the organization’s computing assets to the cloud. It’s a big step for an organization founded more than 25 years ago.

According to Ghose, that key project is expected to result in significant operating cost savings, and will enable the company to respond more quickly to marketplace demands.

First, he focused on the technology migration. As Ghose explained, this phase, labeled “Lift and Shift,” entailed migrating the computing systems ‘as-is’ out of the company’s existing data centers into Amazon’s AWS Cloud platform.

Close to 100 percent complete, this phase of the project is already showing considerable reductions in the organization’s IT operating costs, due to the inherent efficiencies from operating in a cloud environment, thereby freeing up funding for future initiatives.

The second phase of the project, slated for the coming year, will focus on fine tuning the migrated systems to enable additional efficiencies. A key aspect of those changes will be to engineer the systems to utilize AWS’ out-of-the-box toolkit. These tools are designed to create maximum leverage from the AWS platform, beyond what is currently being achieved.

Splitting the project into two phases limited the inherent risks in making such a major technology transformation.

“It’s a complex process that was made successful by careful planning, but it needed direction, which we augmented with the use of outside expertise,” Ghose says. “Some of these initiatives you can’t do alone, especially with technology that is new to us. You need more than a consultant; you need someone to do the work and pound the nails right next to you.”

To speed things along, Ghose hired Chicago-based AHEAD LLC a premier Amazon partner who Ghose says had the right credentials and experience to help deliver successful migrations.

“They brought in the technical expertise and a process methodology that were very beneficial. They were willing to work side by side with us, bringing more discipline into the process,” he explained.

According to Jim Mauer, senior client director at AHEAD, much of the planning and building of the use case for the project was already laid out by Ghose’s team prior to engaging with AHEAD. Specific requests were brought forth for AWS’ native cloud services and automation, and AHEAD’s role was to assist in the design and execution plan of Ghose’s “Lift & Shift” migration to AWS.

“Once ECMC decided to go all-in on AWS, we did a small engagement to prove out our capabilities and they were very satisfied with the results,” Mauer says. “From there, AHEAD was able to take a more active, strategic role in the project. It was a great partnership”.

But solving technology issues was only one piece of the puzzle.

Another opportunity was to create excitement and engagement within the IT department. Initially there was some trepidation among the team, which had a perception that they would not have a voice in the process while being held accountable for the results.

“We had to address this at the outset, and we did so by empowering the IT staff—with help from the consultants—to make the appropriate technical decisions on this project,” Ghose says. “I feel this approach was helpful with increasing engagement and driving success. It is also helping the ECMC Group IT team gain contemporary skills that support their professional development.”

To further support the initiative, earlier this year Ghose hired a new team leader to engage employees, inspire them to work collaboratively and encourage innovation in their approach to building solutions.

Ghose and his leadership team also implemented a set of behavioral norms for the department that included guiding principles, stipulating how the team should engage with business partners and with one another. These efforts were supplemented by a peer recognition program to encourage collaboration and continued practice of these norms with ongoing recognition at department gatherings.

“We are still in process, but I have been very pleased with the team’s engagement and alignment to the new strategy,” he says. “A culture shift doesn’t happen overnight, but there are definite signs that these efforts are making a difference.”

Ghose would not define himself as a natural-born technology tinkerer, nor is he swept away by the cool trendiness of gadgets.

What has long fascinated him is how business and technology can come together to create possibilities—especially in an educational environment. 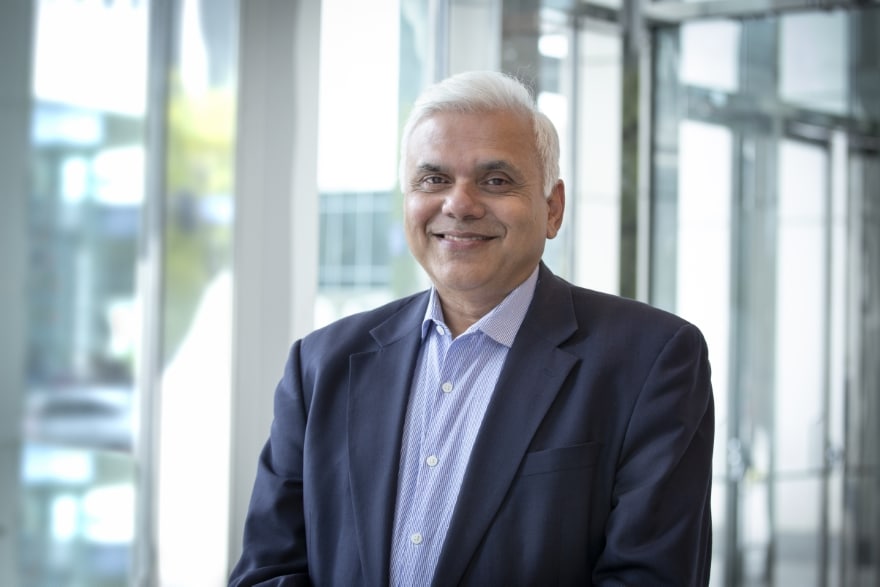 “I get really excited when I see an opportunity to use technology as an enabler to improve business processes and help an organization grow,” Ghose says. “Seeing that kind of progress is always energizing.”

The seeds of his passion started early, at the Indian Institute of Technology in Kharagpur, where Ghose earned his bachelor’s degree in electrical engineering. Drawn to business applications of technology, he later added an MBA to his repertoire from the Carlson School of Management at the University of Minnesota to better explore his interests.

Having developed a broad technological background—and a love of technology-enabled business solutions—Ghose applied his talents in a variety of companies, highlighted by an 18-year run at Honeywell, where he served in both IT and non-IT leadership roles.

He later expanded his problem-solving abilities in a number of IT executive and CIO roles at Ecolab, Cargill, Best Buy, Lifetouch and Winnebago, before coming to ECMC Group in 2018.

He moonlights occasionally as a guest lecturer and adjunct professor, driven by a desire to get back to educational pursuits at some point. But for now, developing technology solutions within an educational context allows him to express his creative energies.

“My natural preference is to try and bring people along,” Ghose says “I put a lot of value in having cross-functional teams that can work together collaboratively. It helps create alignment, and in the end, better outcomes.”