Now, more than ever, it’s the consumers who are in control, reviewing everything from restaurants to movies to mortgages, through services like Yelp and Google Reviews.

Ask Pima Community College (PCC) CIO Raj Murthy, and he’ll tell you education ought to be no different.

“Students should never be stuck with a course they don’t understand or can’t relate to,” Murthy says. “You should be able to find teachers based not only on your style of learning, but also who you are as a person.” 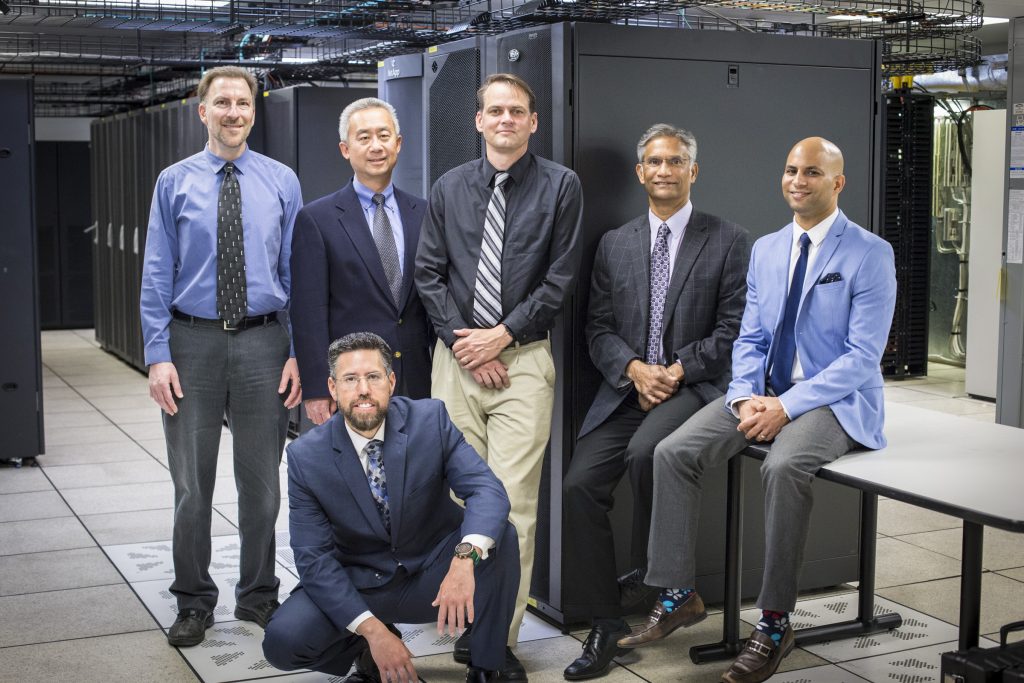 Since joining PCC in June of 2016, Murthy has sought to move away from the “buyer’s market mentality” he says is common in higher education’s approach to learning, whereby students are too often shoehorned into classes and curricula. Instead, he wants to treat education more as a commodity—and a precious one at that.

Now, more than 25 years after he first entered the education technology field, Murthy says he and his fellow CIOs have an unprecedented opportunity to make knowledge the next great user-friendly experience.

To illustrate the point, Murthy uses an analogy: Say you walk into a McDonald’s where you’re the only customer. Both parties—the producer and the consumer—understand why they’re there. The venue gives you a menu, you pick what you want, you pay and you go.

Compare this dynamic to that of colleges and universities, where numerous steps—reams of paperwork, scouring the internet for professor reviews—stand between you (the consumer) and the best possible education (the product). While it may be well intentioned, the result of that slog is a user experience that feels far from friendly for many students.

“For thousands of years,” Murthy says, education has operated on its terms, not the needs of students. We need to change that.”

The point isn’t to make higher education more like fast food; learning is far better for you than a Big Mac, after all. Rather, Murthy says, there needs to be more emphasis on making the demand side “more friction-free.” 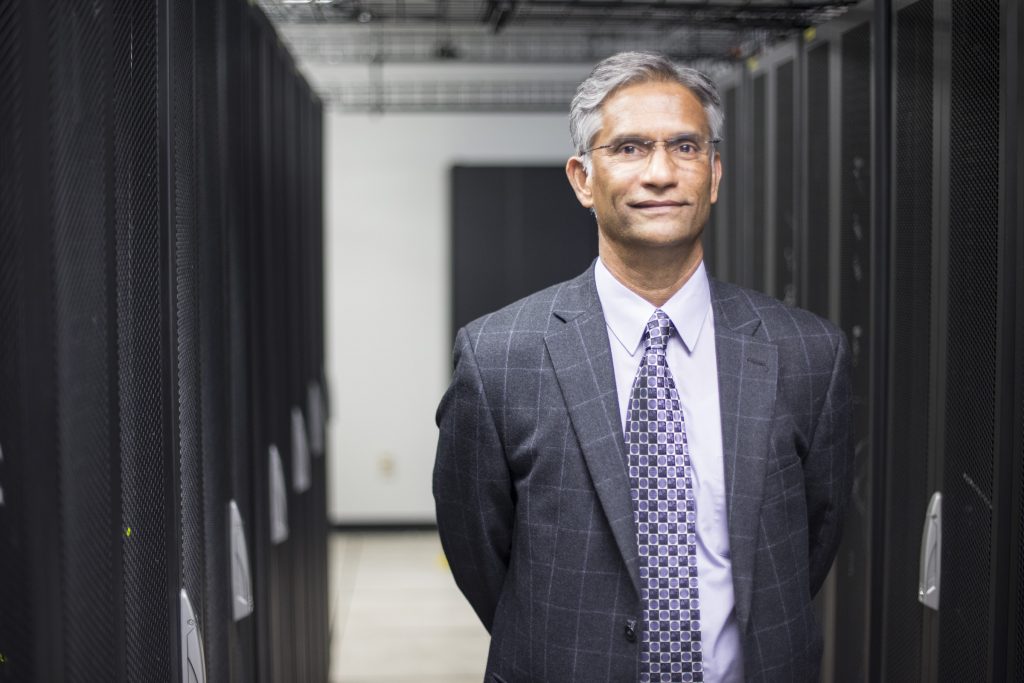 Consider college applications. Instead of poring over 500 pages of course descriptions, Murthy wants prospective PCC students to engage with the school in an exclusively digital context.

In this scenario, every input—be it a class you’re merely interested in or one you’re taking—contributes to a data set from which the school can initiate more consistent feedback and recommendations.

The prospective program would also help steer students to particular teachers based on everything from socioeconomic background to preference in teaching style. Such measures can be especially helpful for recent immigrants—a population Murthy believes can be better served with a more user-friendly interface.

While the “success navigator” remains in the conceptual stage, some of Murthy’s other initiatives have already helped to streamline PCC’s processes.

Foremost among them is a hybrid cloud solution, whereby sensitive or otherwise indispensable data is kept on premises, with everything else moving to a remote location.

In overhauling PCC’s internal database, Murthy conscripted the help of Quest Software, the California-based company whose flagship database management product—Toad®—has long been a go-to in the industry.

According to Nicole Tamms, senior project marketing manager at Quest, Toad’s database tools allow developers and administrators to take a more proactive approach to their jobs, automating tasks and processes so organizations can free up time for more strategic initiatives.

“At PCC, Toad for Oracle gave Raj and his team confidence in their databases by reducing the time and effort required to develop, manage, optimize and maintain databases,” Tamms says. “This prevents bugs, code inconsistencies and performance inefficiencies from impacting the performance and availability of the organization’s critical applications.”

Murthy has also redoubled the school’s security efforts by tracking network activity and flagging anything that seems suspicious (say, an Amazon checkout at 4 a.m. pegged to your computer, when you’ve never visited the site).

“In the past, if you came to us and said your connection was slow, someone would point to the bandwidth usage and say, I’m sorry, it looks more than adequate to us,” Murthy says. “We’re changing that mindset. If it’s not good enough for the customer, we clearly need to improve.”

That he’s finally at a place where he can see those visions through, ambitious as they are, represents an opportunity decades in the making.

The two IT terrains, however, share a common challenge; leveraging the unbridled promise of technology in a way that helps the greatest possible number of students.

“Effectiveness is more important than efficiency,” he says. “You get so taken by big, shiny objects that you lose sight of serving the customers. It’s like when Dell gave those computers to herders in Mongolia; you have the right intention, but it doesn’t actually do a thing for them.”

That opportunity to affect lives, coupled with the attendant trials of leading a massive department, is why Murthy joined PCC in the first place.

“When there are so many moving parts, the natural human tendency is to become myopic in your approach,” Murthy says. “I basically went from being a percussionist in an orchestra at Indiana University to being the conductor here, where everything has to be tuned and played at the right times.” 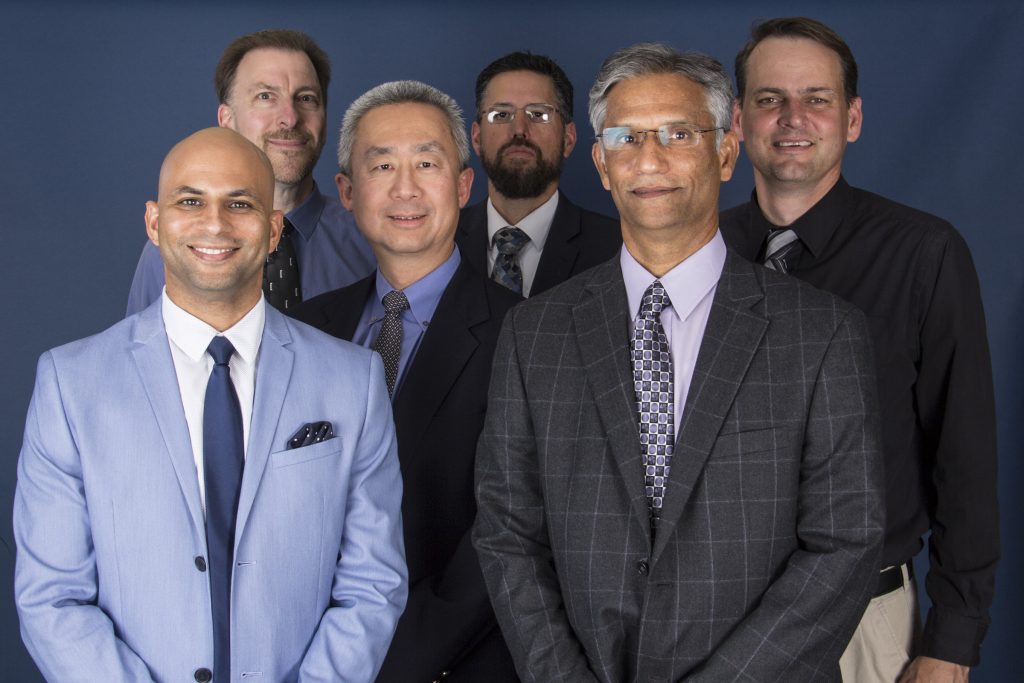 In the case of PCC’s IT team, that’s an orchestra of 105 people. Recalibrating the department to be more service-oriented, Murthy says, has gone a long way in more closely aligning it with the school’s students-first mission.

Beyond managing his team, Murthy must also work closely and collaborate with faculty and administrators, without whose support any initiative would be doomed from the start.

Still, Murthy thinks one advantage of schools like PCC is that, unlike their university colleagues, community college professors are seldom beholden to the “publish or perish” ultimatum.

“The teachers here truly want to teach,” he says. “Which I think helps them be a bit more receptive to change, particularly ones focused on student experience.”

With a vision this ambitious, having broad buy-in from colleagues becomes paramount. And while he harbors no illusion of singlehandedly transforming the pedagogical paradigm, Murthy has embraced his role as one where obstacles and opportunities go hand in hand.

“To me, growth means putting myself in more places that are challenging and have a greater probability of failure,” Murthy says. “That’s what forces you to keep learning and stay relevant.”