It wouldn’t be a party without the potty.

From the food festival in a town square to the three-day show on multiple stages in the middle of the desert, everyone who comes will eventually need someplace to go.

It’s not only sanitary, it’s the law, and in southern California, Diamond Environmental Services has been supplying the port-a-potties and more for events and at construction sites for nearly 20 years. 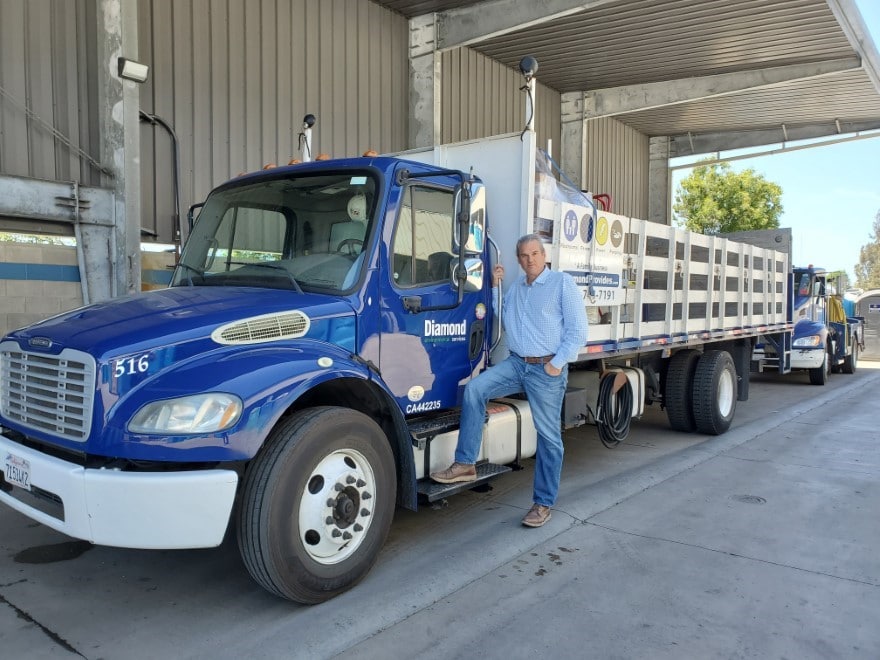 But when the COVID-19 pandemic cancelled public gatherings for weeks on end, the company remained in demand, says systems administrator Ralph Ommer, because even if the parties were over, everyone still needed to keep their hands clean.

“We’ve seen an increase in the demand for handwash and hand sanitation stations,” he says. “I think this will have a lingering effect, and they’ll become more commonplace even at the larger events and venues that we’ll return to.”

Based in San Marcos, California, Diamond was founded in 2002 as a port-a-potty rental and pumping company, but has long since expanded to provide temporary fencing, generators, storage and shower facilities. It supplies events from concerts and golf tournaments to arts and cultural festivals throughout southern California.

Those events are largely on hold these days, but construction projects deemed essential continue, keeping Diamond staff at work. The company also supplies the California Department of Forestry and Fire Protection with mobile field facilities during wildfire season. 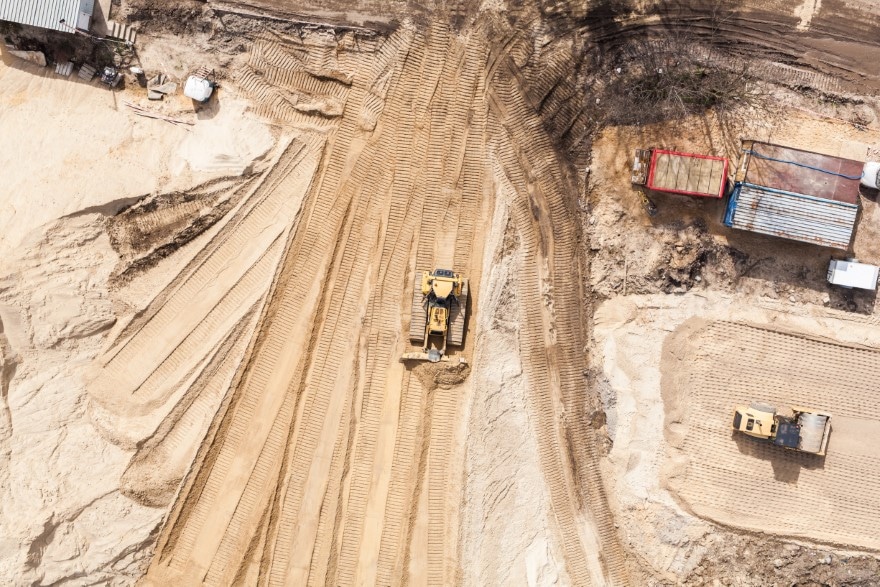 And because people still go out for essential shopping and medical appointments, orders for handwash and sanitation stations came in almost as quickly as cancellations for the port-a-potties, fencing and showers, Ommer says.

As this was occurring, Diamond’s staff was also getting sent home, and Ommer says he had to support them quickly in order to keep business going.

“As soon as this broke, I was on the phone with my hardware vendor at Insight,” he recalls. “I needed 15 laptops, but the bigger question was ‘what’s in the warehouse?’ China was shut down, new laptops are not coming in, so the question was what’s on the shelf that fits our parameters?”

Ommer says buying laptops from a big-box store was not a good option, as he’d likely end up with consumer-grade models not suited to handle the professional demands of Diamond’s sales staff or administrative support. 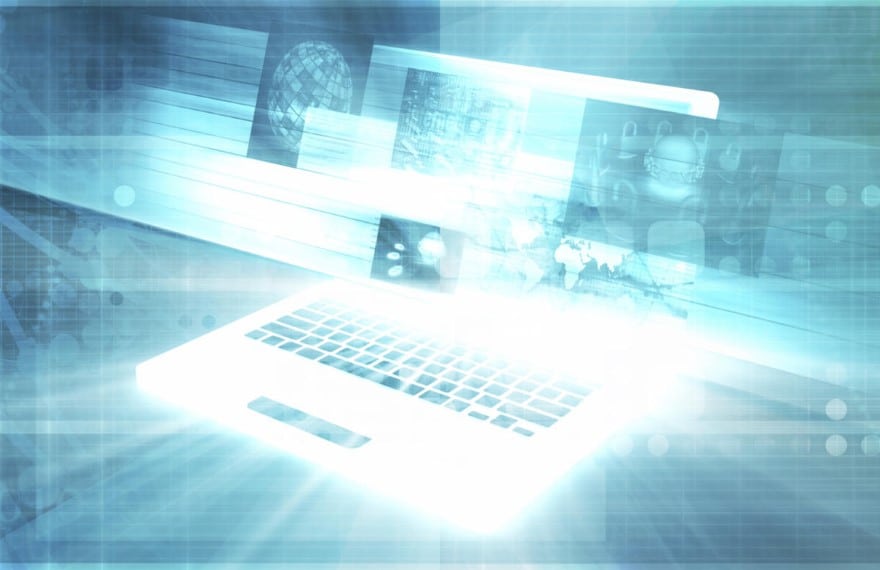 Instead, he secured Lenovo models from Insight with i7 processors and 16 gigs of memory that also had a 10-key beside the normal laptop lettered keyboard. Both sales and accounting staff prefer that keyboard arrangement.

“They absolutely fly,” Ommer says of the laptops’ processing speed—and so did Diamond’s approval to get them. It took about two hours to turn a price quote into a purchase order, and the laptops were delivered the next day.

Though Diamond operates in the cloud and will be shifting to Microsoft Azure later this year, Ommer says the order entry process is still paper based. So along with laptops, a few employees also got desktop scanners to digitize the paperwork and enter it into the company’s “Tower-7” database.

“Basically, 15 employees were handed a laptop, given an hour’s instruction and were sent home,” he says.

A new way to work

And while equipped to do the basics and more, some staff soon began calling Ommer as they adjusted to working remotely. People accustomed to having two screens on their desk were instead looking at laptops, finding it hard to maneuver the touch pad instead of a mouse.

Although the laptops have HDMI ports that are capable of displaying images to an external wide screen TV, Ommer says not everyone understood the importance of work space.

“Working at home is attractive, but it has to be set up properly,” he says. “You can’t sit on the edge of the bed with your laptop using the credenza as a desk.” 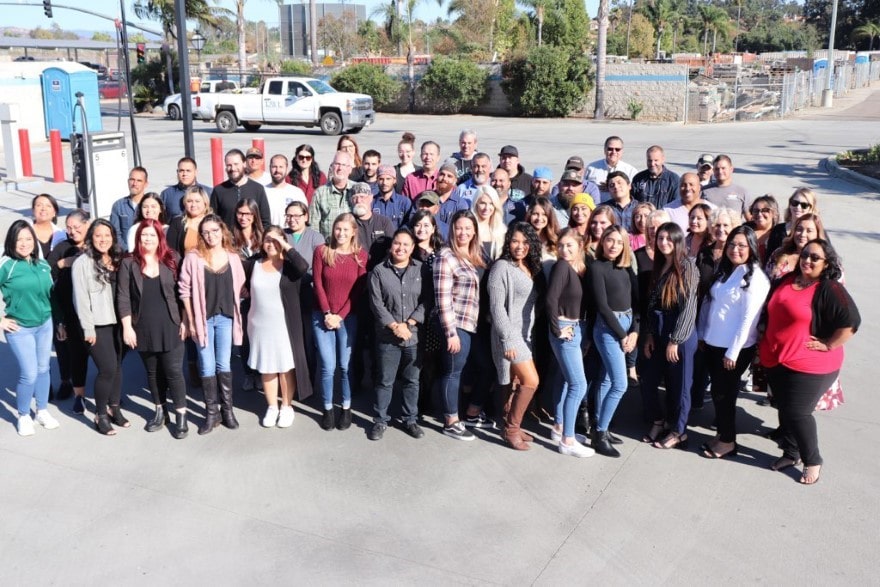 When staff returns to the office, Ommer will continue migrating Diamond from the private cloud service it now uses to be fully in Microsoft Azure’s environment. The switch will reduce costs by 82 percent. He was looking at getting the company’s phones hosted in the cloud, too, but is unsure if that’s affordable this year.

Ommer is also optimistic the golf tournaments, concerts and festivals will return. While people may not yet want to fly long distances or travel abroad, they will be looking to make day and weekend trips to events.

“Maybe we won’t be as flooded as we were,” he says. “I can see how it will open more gradually. But people like the feeling of getting away from their daily lives with festivals and events.”

After growing up in southern California, Ommer went a bit east by attending the University of Houston Hilton College, where he earned a bachelor’s degree in hotel management in 1989.

From there, he worked in the hospitality industry in Sedona, Arizona, where he and his wife had their first child as he directed IT for Seven Canyons, which operates Fractional Villa Ownership & Golf Memberships.

But they left Sedona for southern California to be closer to family after having their first son and for the variety of IT opportunities in the area, Ommer says. 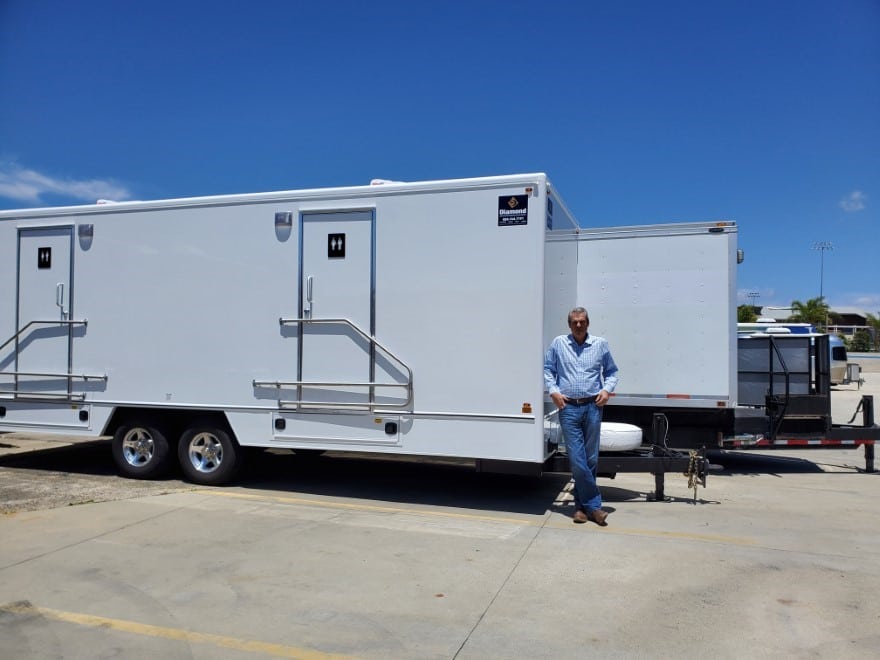 So they came back to the San Diego area, where Ommer became an IT manager for Centrada Solutions, specifically at the Declan Suites hotel. In 2017, he became IT director at Town & Country Hotel-Destination Hotels, and in October 2019, he joined Diamond.

The shift was more than between companies. It took Ommer to a more cloud-based operation that he says allows for quicker operations for such matters as setting up email accounts while working in a setting with a more direct chain for decision-making.

Diamond’s office is closer to his home, where Ommer, his wife and now two sons enjoy a quiet life on a cul-de-sac in northern San Diego County, where the boys can ride mountain bikes and he can barbecue on his wood-fired stick smoker.

But no matter the work, Ommer says his job is more about people than tech, he says.

“It’s easy to get in the weeds with bits and bytes, applications, internet speeds and ping times,” he says. “But it’s hugely important for me to understand how the businesses works and the needs of everyone involved. While I do that, the most important thing is to find solid vendors and have a very good relationship with them.”